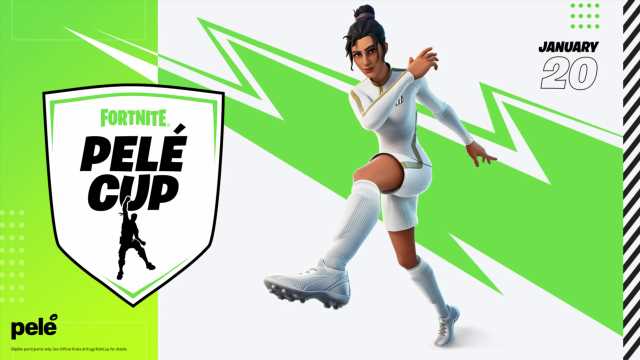 The partnership with Epic Games means each of the football clubs will have their own in-game outfits in Fortnite. There’s already styles available for Manchester City, AC Milan and the Seattle Sounders. These skins will be available from Jan. 24. Ten different variants of the skins will be in the Item Store. Make sure you look out for the “Kickoff Set” outfits in the shop as well. Once you obtain the set, you’ll be able to swap to any of the 23 currently partnered football clubs. Plus, there’s new emotes too, such as The “Fancy Footwork” and “Pelé’s Air Punch.”

And if you thought the partnership stopped at skins, then you’d be wrong. Starting on Jan. 20, players can log in and earn rewards by participating in the Pelé Cup, play soccer in Fortnite and have an immersive football experience in the Creative Hub. Players from the soccer teams will also be involved in the celebration, too. On Jan. 27, 5.30 p.m. AEDT, the A-League clubs will be hosting Fortnite show matches featuring soccer players, fans, Fortnite creators and influencers. Nicolai Muller from Western Sydney Wanderers, Nathaniel Atkinson from Melbourne City and Trent Buhagiar from Sydney FC are already set to play.

During the show match exclusive Fortnite and A-League prize packs will be up for grabs. If you’re a soccer or football fan you definitely don’t want to miss out on this. Mark it in your calendar and keep an eye out for announcements on where to watch these exciting matches.