Adroit secured a second upset to win the region. 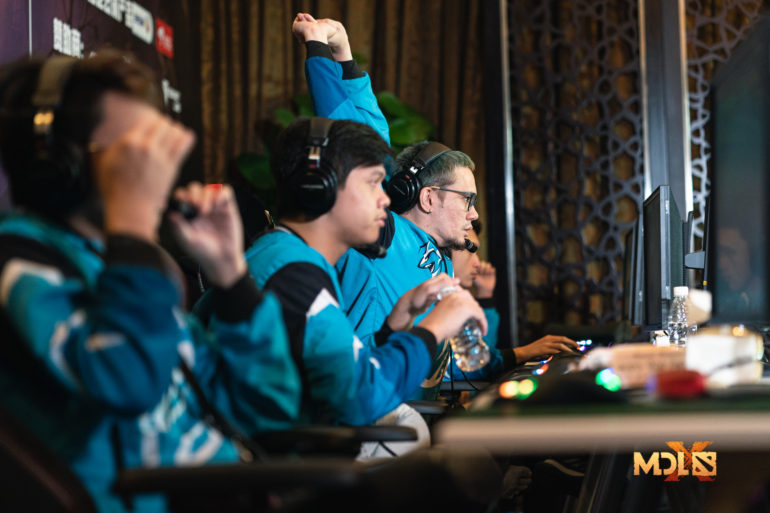 This article is brought to you by StatBanana, the best Dota 2 strategy tool.

In one of the most competitive series of the entire event, Team Adroit surprised Dota 2 fans by closing out an incredible run with a big win over Geek Fam today to win the Southeast Asia Finals at WeSave! Charity Play.

Although Adroit are a strong team, they haven’t been considered a top squad in SEA this season with other more traditional teams like Fnatic and TNC Predator controlling the narrative in the region.

But after upsetting TNC in the first round, Marvin “Boombacs” Rushton and his team were able to make the finals and survive a close encounter with Kuku and Geek Fam. A five-game series came down to the final minutes and Adroit came out on top after a late push from Geek Fam almost brought their run to an end.

Adroit opened with a quick run in game one that was quickly stomped out. Geek Fam took control of the series early with a 1-0 lead. Game two was much closer, with both sides holding sizable leads over the other at different points, culminating in Mc “Mac” Villanueva’s Puck came up clutch for Adroit and helped them even things up after a strong 12/5/13 performance.

That success carried over into game three. Geek Fam were hesitant to let Mac’s Underlord do much, which opened up the gates for Jun “Bok” Kanehara’s Pangolier and John “Natsumi-” Vargas’ Terrorblade to get some work done.

But after two straight wins, it looked like Adroit got complacent in their draft and let Geek Fam pick several heroes that controlled the fourth game. Kuku’s Pangolier was involved in almost every fight and Adroit didn’t have an answer for Karl Jayme’s Leshrac, which dominated the entire game, going 19/2/10 and dealing more than 51,000 hero damage.

Geek Fam walked out of game four with the series tied up at 2-2 and running into the deciding match hot off of the 39-12 win. Both sides traded blows early, but neither could gain a significant edge, leading to the game lasting over an hour and dropping tier five neutral items.

Almost immediately after those drops, Adroit managed to secure a team wipe on Geek Fam and rushed the high ground, putting heavy pressure onto their opponents. That four-minute swing led to Adroit being named the SEA champions of WeSave! Charity Play.