The partnership will see all parties collaborate to host European and North American qualifiers for the 2022 Six Invitational. 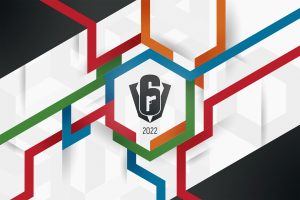 The qualifiers for both regions will begin on December 4th and will act as the last chance for Rainbow Six players to qualify for the 2022 Six Invitational, which takes place in February. The qualified teams will compete for a share of $3m (~£2.26m) in prize money.

Philip Hubner, CBDO at Challengermode, commented on the partnership: “Having Allied Esports and the Cyberathlete Championship Series choose Challengermode as the platform to host open qualifiers for the SI2022 competition is a wonderful endorsement of our ability to make the highest levels of esport competition open to anyone.

“We couldn’t be more excited to be working with such impressive organisers, and hope that players will enjoy competing using the Challengermode platform to play on the biggest stage in the Siege year, and even potentially become World Champions.”

Throughout 2021, Allied Esports has inked a number of partnerships with the likes of NASCAR and the American Red Cross to produce esports tournaments. Meanwhile, Challengermode has inked deals with Danish organisation Team Singularity and DreamHack Spain license holder Encom.

Leon Groenewoud, CEO of Europe and Vice President of Gaming and Esports at Allied Esports, added: “We’re incredibly excited to be producing the European qualifiers for the SI2022 in our Hamburg studio.

“Being able to rely on Challengermode to once again provide the best platform to administrate the tournaments frees us up to focus on providing the best possible production services to elevate creators, competitions, and content across the esports industry.”

Esports Insider says: With Challengermode’s proven track record of tournament hosting, Allied Esports and the CCS partnering with the platform makes a lot of sense. Depending on its success, the partnership could well extend into future projects.