While the in-game content for Season 4 of Apex Legends has been a bit dry, that appears to be changing soon. Though the System Override event did provide a change of pace, what Respawn has in store blows that away. Since the introduction of Apex Legends, the game files have contained code for an A.I. animal named the “Prowler.” These beasts hail from the Titanfall universe and, at first, were simply leftover in the Apex files. However, according to a recent leak, the Prowlers have been updated and seem to be arriving soon.

Within the Titanfall games, the Prowlers are a part of the hostile takeover of many planets. The four-legged beasts are cunning and deadly, making them tough opponents to deal with in combat. Though nothing was ever official, it was always thought that they would eventually arrive in Apex Legends.

Well, that day appears to be on the horizon as the game files now contain multiple new details regarding the Prowlers. Apex Legends YouTuber and data-miner iLootGames recently published a video showcasing the new monsters and their animations. 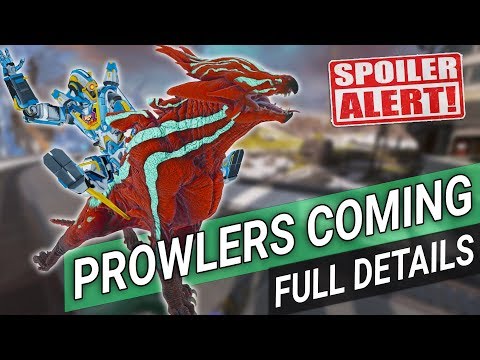 As of right now, there are several differently-colored Prowlers in the files, but we’re not sure what that means. It’s also unclear what sort of purpose the Prowlers will have if they do come to Apex Legends. According to their animations, it seems they’ll be able to attack and die.

The Prowlers could arrive for a multitude of reasons. One of the best guesses is they’ll be introduced with the Town Takeover for Bloodhound. This event has also been leaked from the in-game files and the timing of the two leaks seems to match up with each other.

If the Titanfall beasts are a part of the Town Takeover, they’ll likely be featured on the World’s Edge map for a limited time. However, their purpose is still unknown beyond looking menacing and being able to climb buildings.

We’ll be sure to keep you updated on any further developments here at Daily Esports.

Enthusiast Gaming Wants You To Get Out And Vote