Feitos no Brasil by Betway officially commenced on July 7th and is exclusive to players 13 and over. The search will end on August 8th with one player gaining a spot on MIBR’s academy roster. 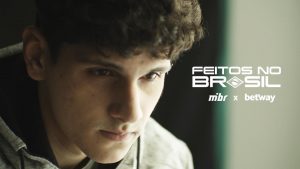 RELATED: Betway and G2 Esports team up in ‘next level’ partnership

According to the release, the project aims to ‘uncover new academy players’ through Gamers Club, IGC’s Brazilian gaming platform.

In the first three weeks of Feitos no Brasil, IMBR’s strategic coach Renato ‘nak’ Nakano will monitor Gamers Club leagues and matches to analyse promising player profiles. This scouting process will be streamed on the coach’s Twitch channel with the top 20 candidates receiving a Gamers Club badge.

The last two weeks will see the selected players be split into four teams to compete in the Feitos no Brasil Tournament by Betway. At the end of the tournament, both Nakano and MIBR’s new academy coach, Henrique ‘rikz’ Waku, will select one player to join the organisation.

Adam Savinson, on behalf of esports at Betway, commented: “‘Brazil has such an incredible pool of CS:GO talent and we’re really proud to support the search for the next big star with Feitos no Brasil by Betway.”

Similar to the searching process, the tournament stage will be streamed on Nakano’s channel. Moreover, Brazillian spectators also will have the opportunity to earn rewards such as Gamers Club Plus subscriptions, signed MIBR jerseys, and MIBR flags.

Yuri ‘Fly’ Uchiyama, MIBR’s Director, added: “Feitos no Brasil is a direct translation of Made in Brazil to Portuguese, which is meant to wake local players up from their slumber after pursuing the dream for so long.”

In 2018 Betway was announced as a founding partner of MIBR. Since then the bookmaker has secured a range of agreements with esports organisations, such as G2 Esports, FURIA, and PSG Esports, among others.

Esports Insider says: It’s good to see organisations and sponsors join forces to create a project that directly links to the esports industry. It’ll be interesting to see what the quality of talent will be for Feitos no Brasil and whether the new addition will strengthen MIBR’s academy. Nevertheless, the partnership allows MIBR and Betway to create an interesting activation, whilst also promoting IGC’s Gamers Club platform as well.