Per a release, Brazilian pharma company Hypera Pharma and Riot Games Brazil joined forces against multiple types of pain that women experience, whether sexism in esports or menstrual cramps. 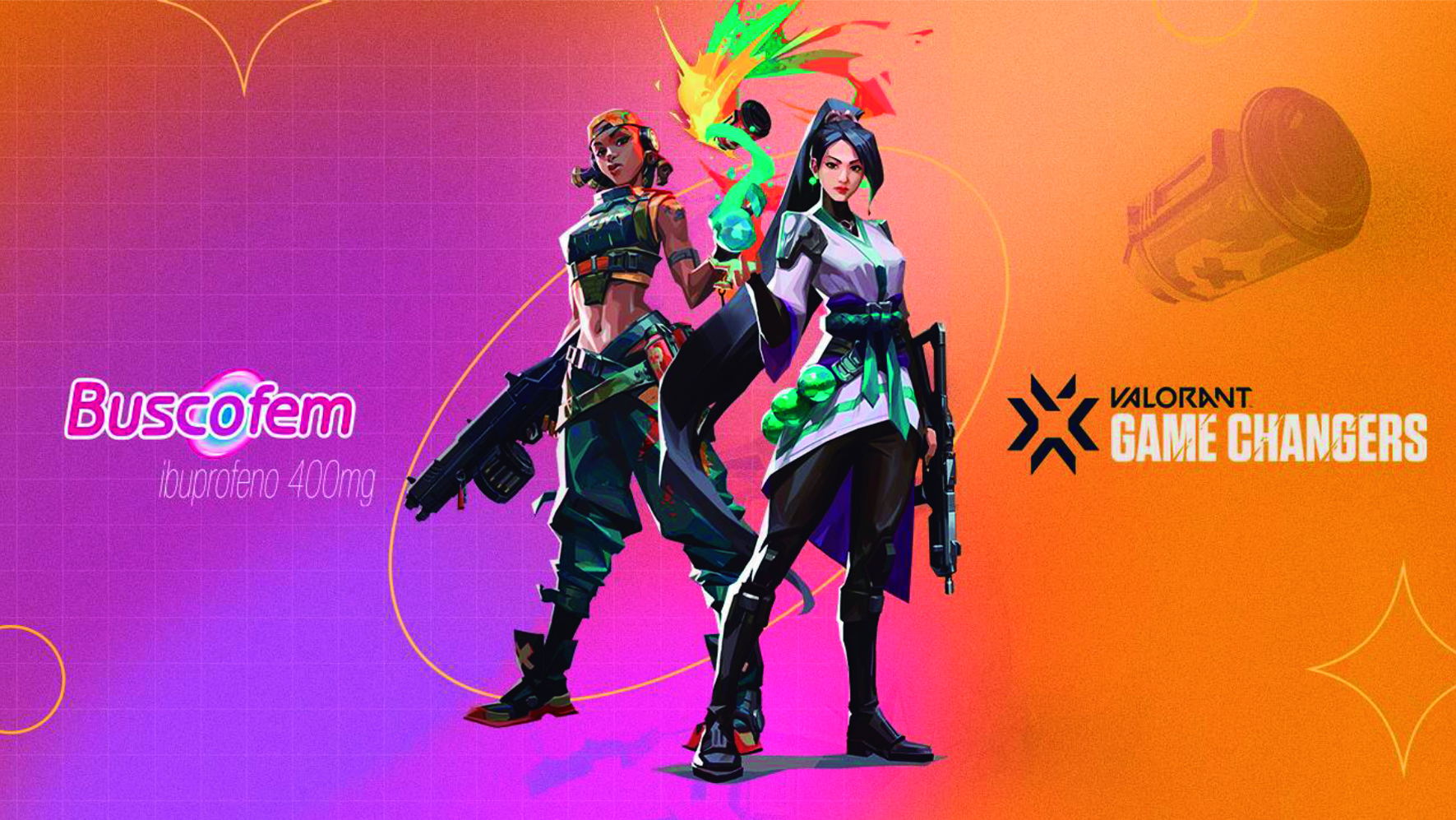 First announced in February, VCT Game Changers is a new VALORANT programme that focuses on creating opportunities and exposure for women and other marginalised genders.

VCT Game Changers kicked off in March and will conclude in June. The second tour will start in July and ends in November. Gaming platform Gamer’s Club will host the four qualifiers, whilst Riot Games Brazil hosts VCT Game Changers.

Carlos Antunes, Head of Esports at Riot Games in Brazil, commented: “We are very excited about Buscofem’s arrival at the VALORANT Champions Tour Game Changers, an initiative that reinforces Riot Games’ commitment to the representation of women within the universe of electronic sports. It is an honour to have the support of a brand that recognizes the importance of an incentive program for the female community.”

“What makes this project strong is the way we manage to map the main pains of women in the gamer world, connect them with the positioning of the brand and translate this into a performance project that helps to give visibility and solve these pains,” Bruna Pastorini, Director of Planning at DRUID told Esports Insider.

Local female gamers have been chosen as ambassadors for the campaign, including Bárbara Gutierrez, Sher Machado, Isadora Basile and Marina Leite.

“In addition to the ambassadors we have chosen with great pride who will help to broaden the voice of this campaign and raise this crucial topic, the communication we build directly benefits the scene and gamers,” Pastorini continued. “This creates a powerful path for the brand to approach this universe by helping to bring a legacy to it—a transformation.”

Esports Insider says: Non-endemic brands always try to enter the esports and gaming scene, and Buscofem found the right spot sponsoring VALORANT Game Changers. Being a traditional female-focused product, the analgesic stays relevant with a younger audience by sponsoring initiatives like this.