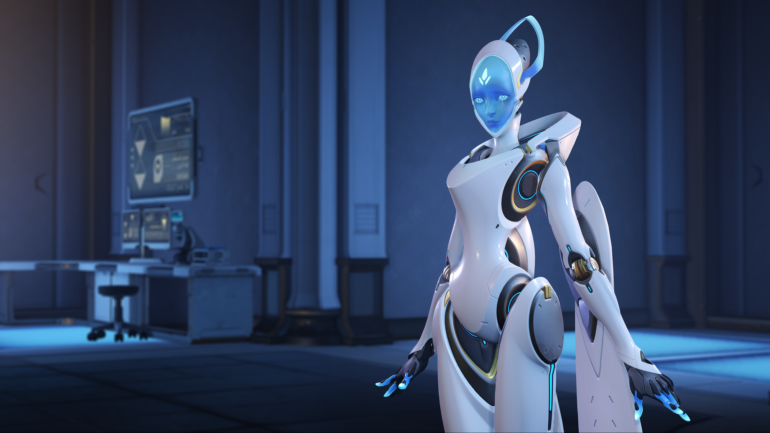 The patch included a nerf to Echo’s alternate ability, Sticky Bombs. Her Sticky Bomb explosive damage was reduced from 30 to 25 per bomb. Since the ability fires six bombs in total, with each bomb doing 5 damage upon landing in addition to the explosive damage, the possible DPS for the ability was reduced from 210 to 180. This means that Echo will no longer be able to kill a 200 health player with one burst of the sticky bombs.

The patch also increased the cost of Echo’s ultimate by 16 percent, which means it will take players longer to build her ultimate. Despite her ultimate ability having the slowest charge rate in the game, it has become clear over the past week on the PTR that it is possible for Echo players to build her ultimate very quickly, sometimes receiving it multiple times in a single fight. Increasing the cost of the ability should go a long way to balancing her kit for release on live servers.

This is the second round of nerfs for Echo, following the March 20, 2020 PTR patch which nerfed her flight momentum speed. Upon initial release, Echo was able to maintain her flight momentum upon landing if players continually jumped. Players were also able to cancel her flight ability and use the tremendous burst of momentum to glide across the map.

Overwatch League player Hae-seong “Libero” Kim showed off the power of Echo’s momentum cancellation, which likely motivated the nerf to her momentum.

The Overwatch development team has yet to announce when Echo will be coming to live servers but based on previous hero release timelines players can expect her to be available within the next couple of weeks.

Minecraft Live Vote Lets You Choose The Next Mob