According to the release, the acquisition will look to increase ESE’s revenue and profitability, as well as strengthen its technology stack. 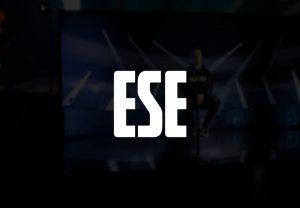 It’s important to note that completion of the acquisition remains subject to ESE’s TSX Venture Exchange approval, among other factors. In addition, GameAddik’s key personnel will continue to operate the company’s business.

Konrad Wasiela, CEO of ESE, commented, “The acquisition of GameAddik is directly aligned with the ESE’s vision and corporate culture. It sends a clear message that we are accelerating our growth strategy globally and continuing to make strategic acquisitions. The financial performance of GameAddik highlights its world-class executive team’s ability to build and scale as a profitable technology company.

“Through the addition of GameAddik’s IP and technologies, we have confidence that this Transaction will supercharge our existing business and take it to the next level. This will be a transformational acquisition for ESE.”

Based in Canada, GameAddik is a technology company that focuses on the video game industry. The firm creates and executes its performance model technology software to generate users and increase the reach of games for its customers. This is primarily through GameAddik’s wholly-owned brand PWN Games.

The release states that GameAddik produced revenue of CAD $24m (~£14.1m) during its unaudited fiscal 2020 report. Moreover, ESE claims that GameAddik’s technology could help the company expand into iGaming, with the firm stating that it ‘may seek to enter’ the sector in the future.

Eric Jodoin, CEO of GameAddik, commented, “The GameAddik team is very pleased to join ESE as the new gaming technology unit of the group.

“We believe the synergies are clear, and this Transaction will affirm our position as one of the leading companies in the gaming industry. With both organisations sharing the same great values and already aligned on a clear vision of the future, we believe the execution of this agreement will be a major catalyst for the success of ESE and GameAddik.”

Esports Insider says: This is yet another big acquisition for ESE as the firm continues to bolster its portfolio of properties. It’ll interesting to see how the company will use GameAddik’s technology if the acquisition goes through, especially with the company hinting at entering the iGaming industry.