The collaborative effort will result in a customised EVOS Esports-themed avatar, which will be included in the Sora’s Dreamworld project.

Additionally, five customised honorary avatars will be minted for team members, the coach and the CEO of EVOS’s brand. These will be created separately from the project and will be used as profile pictures for upcoming tournaments.

This marks the second NFT collaboration by EVOS Esports, which comes shortly after partnering with Uninterested Unicorns earlier in September.

Ivan Yeo, CEO of EVOS Esports, spoke on the announcement in a release: “Shortly after our first announcement, we received many offers for collaborations, but Sora’s Dreamworld really spoke to me as a brand and on a personal level.”

Separately from the NFT partnership, the organisation has also announced the launch of its own food brand, Makbar, which is available exclusively on food delivery platform Grab. 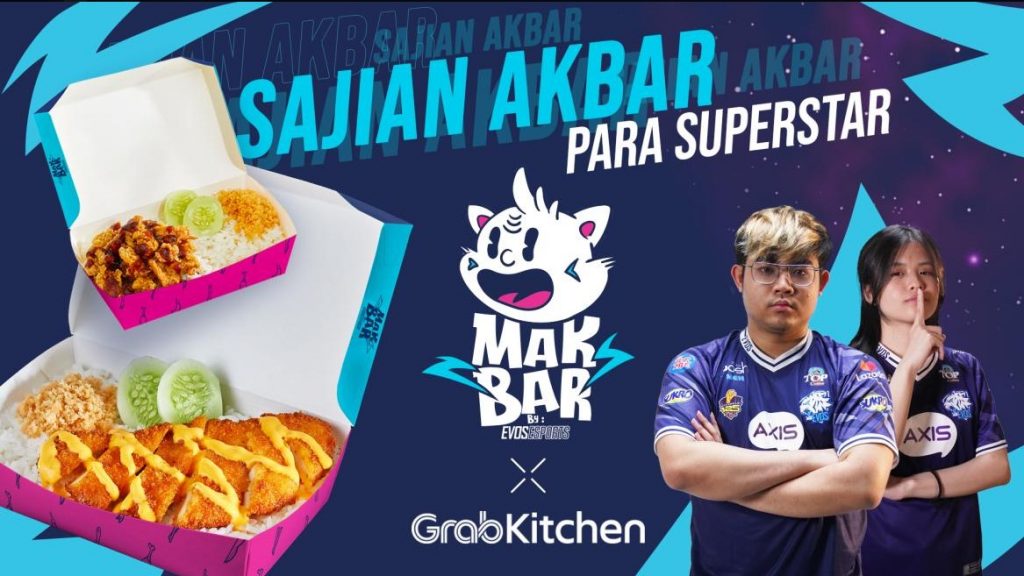 The initiative will see ten varieties of EVOS branded dishes be made available to users of the Grab application in Jakarta, Indonesia.

Hadi Surya Koe, Head of Marketing, GrabFood, Grab Indonesia, commented: “As the leading food delivery service in Indonesia, we are thrilled to welcome EVOS and its brand Makbar on our platform.

“We strive to serve all kinds of foodies, including gamers who love to explore great cuisines during their gameplay. We are ready to support Makbar to achieve success and become the premier brand for the gaming community.”

According to the release, Grab will also collaborate with EVOS Esports on marketing campaigns that will utilise the organisation’s talent to promote the Grab application in a ‘hyper-localised’ campaign. Furthermore, the organisation will be donating 100 EVOS branded dishes to the communities in need.

Esports Insider says: EVOS Esports seems to be fairly busy with numerous collaborations, while effectively expanding its strong commercial portfolio as well as bolstering its position in the SEA region. It’s also the first org to launch its own food delivery brand — a smart move given Grab’s popularity in the region.