Legends of Runeterra’s Rising Tides expansion has been released, ushering 120 new cards and a seventh new region: Bilgewater. And while the ranked ladder was only enabled two days ago, there are already several people who hit Master rank — the highest in the game.

Czech player Mikulas “Pokrovac” Duo repeated his world first Master achievement, but others soon followed. Below, we look at five decks that have already achieved Master rank in Rising Tides. 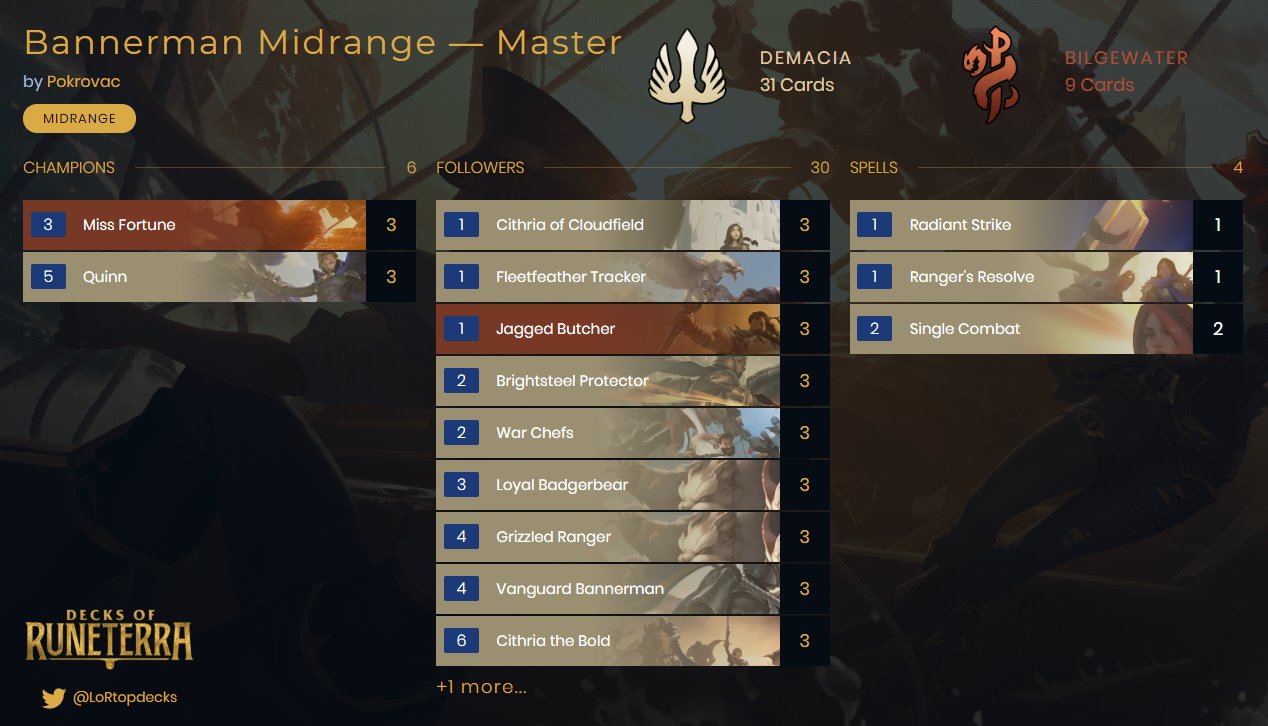 It’s still early in the Rising Tides meta, but by the looks of it, the Scouts aggro/midrange decks are prime candidates for a Tier S deck. The archetype abuses Miss Fortune’s triggered ability and level up condition with the double attack from the Scout mechanic, allowing the deck to put a lot of combat pressure on.

Above is Pokrovac’s world first Master list, which is a spin on the old Bannerman Midrange archetype, just with added Scouts.

Chinese player Aipotu seemed to be the second player to hit Master shortly after or around the time Pokrovac achieved it. The theme of the deck is similar, but it doesn’t want to risk not getting the Bannerman Allegiance in a list that runs 10 Bilgewater cards.

Like with Pokrovac’s list, Grizzled Ranger stands out as perhaps the best card from Demacia and potentially the entire Rising Tides set.

Early in new card game expansions, aggro decks tend to rule supreme, and Runeterra’s Rising Tides is no exception. Noxus/Piltover aggros were a staple in the Launch Set meta and now they’ve upgraded with some new tools from Rising Tides: Imperial Demolitionist and Noxian Favor.

This pair adds even more direct Nexus damage and opponents tend to melt by Round 4-5. The list above is made by Astrogation. 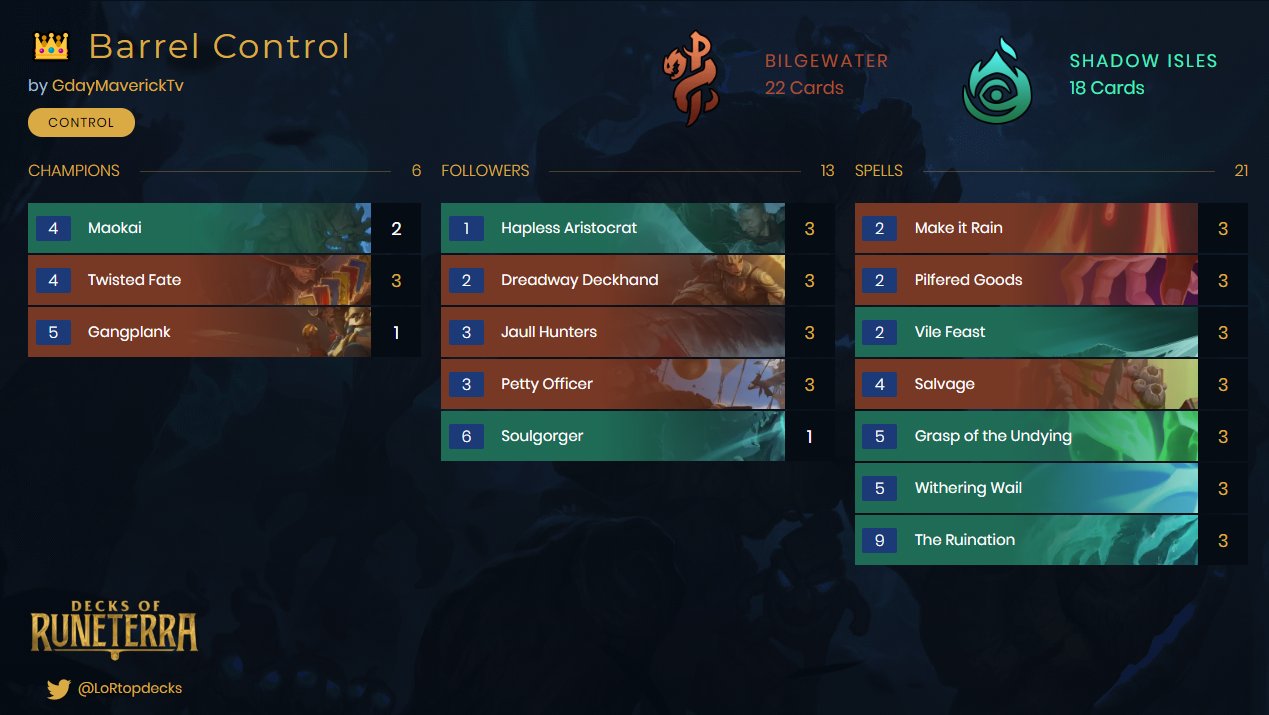 If you’re a control player, worry not: there’s a list for you that made it to Master too. The bad news is you need a lot of new Rising Tides cards.

European player GdayMaverick peaked at #1 Master on Thursday, running a Barrel Control deck with Maokai, Twisted Fate, and Gangplank. The deck spawns Powder Kegs to amplify its board removal, while using Maokai to generate constant chump blockers until it either decks you or grinds you down with a leveled up Gangplank.

Astrogation used a second deck to hit Master, and that one goes back to the pure Demacia Bannerman roots. It uses Fiora and Garen as champions — so you don’t have to craft anything new — but it does feature the Loyal Badgerbear and Grizzled Ranger badger duo as its powerful 3 and 4 drops. 2x Unyielding Spirit top off the curve to make one unit practically immortal (unless its hit by Will of Ionia or Purify that is).

Predator: Hunting Grounds Adds A New Mode And Map, But Not Everyone Is Happy