As the League of Legends offseason nears its end, the final roster change announcements are rolling in. With this comes the announcement of top lane legend Lee “Flame” Ho-jong returning to Damwon Gaming for another season.

Flame’s legacy in League of Legends

Of all the players in League of Legends, Flame might have the most storied history of the bunch. His legacy dates back all the way to Oct of 2012, where he first entered the scene on the Azubu Blaze team. Throughout his now 7-year pro-player career, he has competed in three different major regions: Korea, North America, and China. He is one of the only players in the world to accomplish this. But now, Flame returns to Damwon Gaming after being the top lane substitute throughout 2019. This will be another chance for Flame to prove to everyone just how great of a player he has been throughout the years. 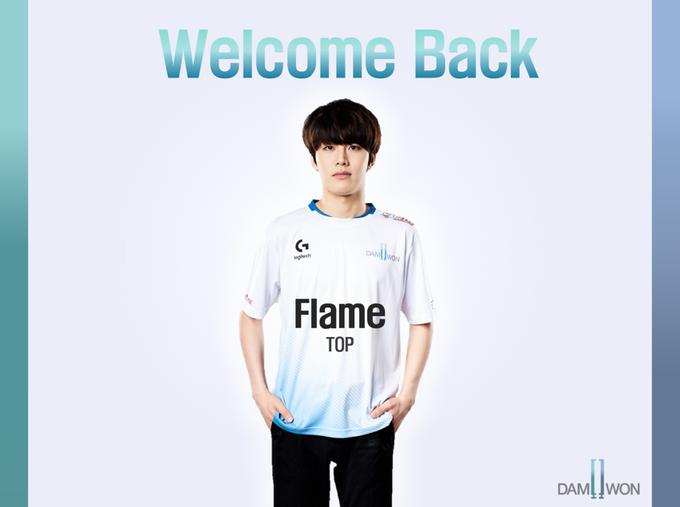 Flame spent his time riding the bench for most of the 2019 season. This was because the starting top laner for Damwon Gaming was none other than Jang “Nuguri” Ha-gwon. Nuguri is considered by many to be in the top 3 of all top lane players in the world. However, it has not been confirmed whether Nuguri will remain with the Damwon Gaming roster for the 2020 season. While Nuguri is officially still contracted throughout the 2020 season, rumor has it that several Chinese organizations have made offers to buy Nuguri out of his contract.

We will likely hear more about where Flame and Nuguri will end up for the 2020 season later today. After all, the transfer season for the Chinese region ends today, Dec 16. For more news surrounding League of Legends, be sure to read about Royal Never Give Up’s new roster and head coach for the 2020 season.