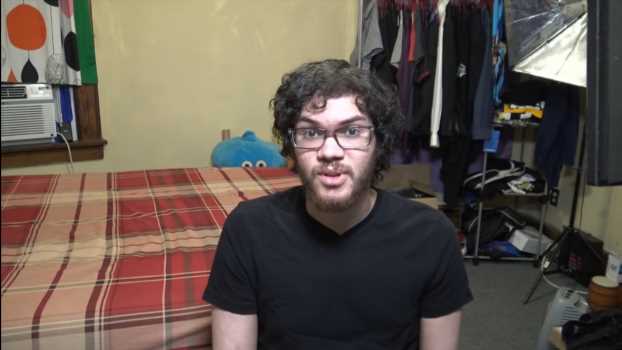 Former Super Smash Bros. Ultimate pro Nairoby “Nairo” Quezada has announced his intention to return to live-streaming on YouTube, rather than his former streaming home of Twitch. His first return stream will take place on Thursday, April 8.

The announcement follows the decisions of multiple tournament organizers to reverse their bans of Nairo. In the past month, 2GGaming and Collision have processed Nairo’s appeals. Both organizations decided to allow him at their future tournaments. Cyrus “Cagt” Gharakhanian also removed him from the Global Ban Database, a running list of banned Smash players.

Nairo was ostracized from the Smash community last summer after he allegedly engaged in sexual acts with Zack “CaptainZack” Lauth, then a minor. However, Nairo later refuted the allegations, claiming CaptainZack had been the one to sexually assault him. In an update video from February, Nairo announced that they had reached a legal agreement.

“As of now, everything is fully resolved and I am now able to move forward with my life,” Nairo said in the update video.

Since this development, the Smash community has largely responded positively to the idea of Nairo returning to the competitive scene. Top players, like Leonardo “MkLeo” Lopez Perez and Enrique “Maister” Hernández Solís, congratulated Nairo on his planned return to streaming.

Though he intends to resume his streaming career on YouTube, Nairo’s ultimate goal is to return to Twitch. As long as Twitch upholds his ban, he cannot appear on anyone else’s Twitch stream. So, while he could technically enter a 2GGaming or Collision tournament, neither organization could show him competing on stream.

Likewise, Nairo could not stream himself playing with someone who is streaming on Twitch. Any such cooperative streams would require the other player to stream on YouTube, or to just not livestream their perspective at all.