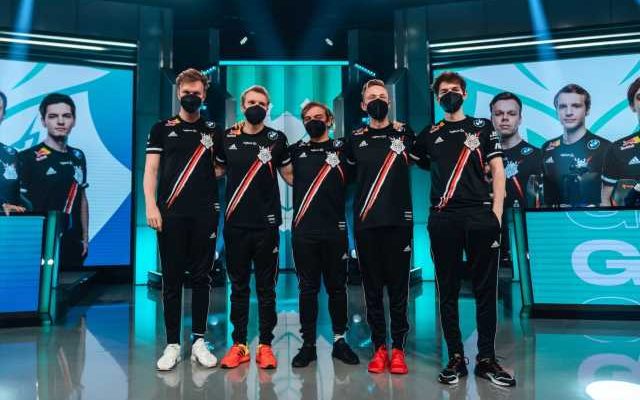 In a full five-game series, G2 Esports defeated FC Schalke 04 Esports 3-2 in the LEC playoffs on March 27. G2 avoided a reverse sweep, up 2-0 to start, but eventually overcame Schalke. The current LEC champions knocked Schalke into the lower playoff bracket. G2 move on to the Semi Finals and will compete against either Rogue or MAD Lions Saturday April 3. Schalke are now in the lower bracket and will face a gauntlet of teams starting with Fnatic on April 2.

Martin “Rekkles” Larsson earned the player of the series award for his outstanding play across all five games. The bot lane player finished the series with the highest KDA, 7.9, and most kills, 31, across all 10 competitors.

G2 started the series hot, taking the first two games in convincing fashion. In game one, Schalke took many of the first objectives, first tower, first blood and first Drake. But, G2 took control as the team’s chosen champions hit their power spikes. Once Rekkles, on Kai’Sa, and Rasmus “Caps” Borregaard Winther, on Corki, became powerful, G2 took over the game and ended it in under 30 minutes.

Game two followed a similar storyline, except G2 took control immediately. The team played through its bot lane as Rekkles did not notch a single death and his lane partner Mihael “Mikyx” Mehle had 26 assists in the 32 minute game.

Schalke take the next two games, aim for reverse sweep

Then in game three and four, Schalke showed signs of life. The team took all four Drake’s, both Rift Heralds and secured a Baron to close out the game in 34 minutes. Sergen “Broken Blade” Çelik stood out in the game with a pentakill on the off-meta pick Darius. The champion has only been played in 20 total games so far this season and this is his his first appearance in the post-season so far.

Game four was a closer affair as both teams scaled well and did not budge an inch until the final moments. In the final 10 minutes, Dino “LIMIT” Tot found multiple engages and picks on Alistar and swung the game into Schalke’s favor. The team then took two Barons and claimed the Dragon Soul to close out the game and force a decisive game five.

The final game was another close match as the gold lead changed hands a few times, with G2 taking the lead first. The eventual winners claimed first blood, first tower and both Rift Heralds in the opening 20 minutes. But, Schalke fought back by claiming two Drakes and a Baron off of some well timed fights and picks across the map.

G2 did eventually take the game thanks to some great individual plays from Caps on Lucian. He finished the game with the most kills at seven. Caps was G2’s primary carry in the final match as Rekkles was on the supportive Seraphine and Martin “Wunder” Nordahl Hansen was piloting the tank Sion.

Schalke will continue their playoff run in the lower bracket. The team will face Fnatic first and then continue with the loser of both Semi Finals matchups. If the squad continues to win out, it could make it all the way to the Finals. G2 remains in the upper bracket and could have a direct path to the Finals. If the first seeded team beats either Rogue or MAD Lions next weekend, their ticket to the Finals will be punched.