Trainers can obtain Galarian form Pokémon for four weeks in an upcoming Sword and Shield Mystery Gift promotion. The month-long event began on May 21 and was formally announced by the Play Pokémon Twitter page on May 22.

Every week, trainers can use the in-game Mystery Gift feature to get a different set of Galarian Pokémon and items. Each creature will have its Hidden Ability, which you can only obtain under special circumstances such as this distribution. During the first week, which began on Thursday, May 21 at 5:00 p.m. PDT, players can receive a Galarian Mr. Mime. In addition, the first set of gifts includes a Lure Ball, a Moon Ball, a Heavy Ball, and a Dream Ball.

The ongoing Mystery Gift promotion will lead up to the release of the DLC for Pokémon Sword and Shield. The first expansion, Isle of Armor, will launch sometime before the end of June.

Gear up for #PokemonSwordShieldEX with special Mystery Gifts!

You’ll be able to receive four Galarian form Pokémon with Hidden Abilities, plus some very useful items. It’s our (Mystery) Gift to you, Trainers! 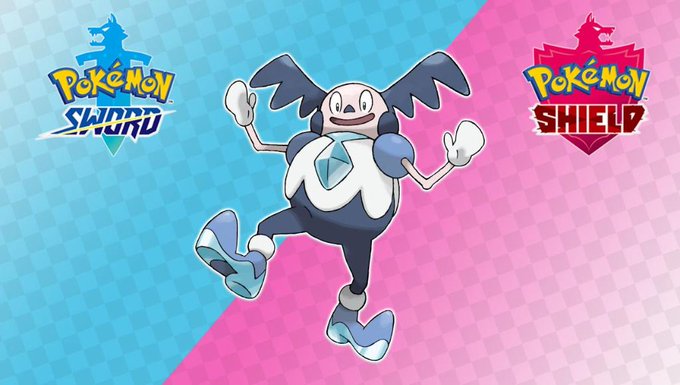 Galarian Ponyta’s Hidden Ability, Anticipation, alerts it to any super effective or one-hit knockout moves that the opponent has. Like Mr. Mime, this Ponyta comes with a set of four unique Poké Balls. Level Balls work better when the user’s Pokémon is higher-leveled than the wild Pokémon. Fast Balls are useful for catching Pokémon with a high Speed stat. Love Balls are especially effective if the wild creature is the opposite gender of the user’s Pokémon. Friend Balls raise caught Pokémon’s friendship, and Beast Balls work best used against Ultra Beasts.

Galarian Cursola’s Hidden Ability, Cursed Body, has a 30% chance of disabling any move that damages it. Enemies cannot use a disable move again for four turns. This Mystery Gift comes with items that can evolve other Pokémon. Applin can use the Sweet Apple to evolve into Appletun, or the Tart Apple to evolve into Flapple. Sinistea evolves into Polteageist using the Cracked Pot (for its Phony Form) or the Chipped Pot (for its Antique Form). Spritzee evolves into Aromatisse when it holds the Sachet during a trade. Similarly, Swirlix evolves into Slurpuff when it holds the Whipped Dream during a trade.

Galarian Meowth’s Hidden Ability, Unnerve, prevents enemy Pokémon from eating berries. This Meowth comes with Big Nuggets, which players can sell to in-game shops at a high price. It also includes Exp. Candies L, which provide Pokémon with free experience and allow them to quickly level up.