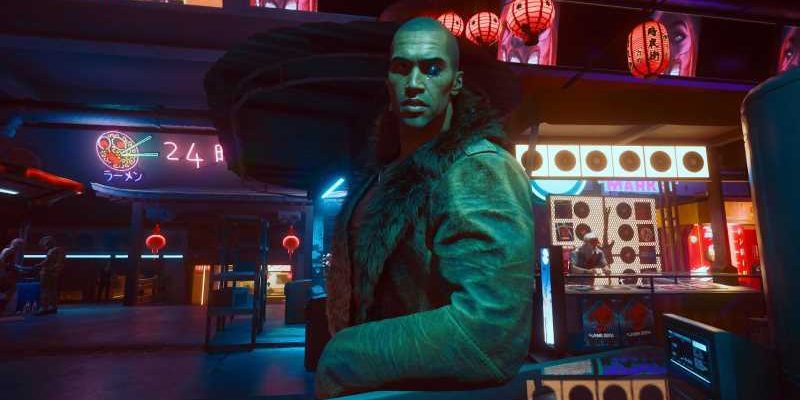 River Ward is one of Night City’s esteemed detectives and one of the few romance options in Cyberpunk 2077. You first meet Ward when taking on the side quest ‘I Fought the Law.’ The cop helps out with the investigation for the Peralez family and becomes friends with V. As such, he calls you up shortly after the completion of that quest to ask for help with a sensitive matter. That quest, ‘The Hunt,’ then leads you into another where you can finally form a more intimate relationship with him. Here’s exactly how to romance River Ward in Cyberpunk 2077.

As with other romance options in the game, there’s not a set action you have to take. The potential partners you meet throughout the story have clear indicators for when you can be romantic. These are usually in the form of dialogue options.

River Ward is no different. However, in order to romance him, you will need to be the female version of V. This is the opposite of what you need for someone like Panam Palmer, so you can really only romance one character per playthrough.

During ‘The Hunt’ side quest, you’ll be presented with some flirtatious dialogue options towards the end. Picking these options is essential if you want to continue a romantic relationship with the cop.

However, the most important options come in the next side quest for him, which is called ‘Following the River.’ During this job, Ward will invite you over to his sister’s house for dinner. During the initial call, make sure to pick the dialogue option “Missed you too.”

Once at dinner, pick the following dialogue options:

Following the dinner, Ward will take you out to a rooftop overlooking Night City. Here, the cop will hand you a pistol as a gift to which you can respond with “What’s the occasion?” After this, Ward will make it pretty clear he’s interested in you. From here, simply pick the dialogue options that don’t spurn his advances. Everything following this sequence is pretty obvious if the goal is to romance River Ward. Keep picking the flirty dialogue options and you’ll eventually end up in a relationship with the cop.

That’s how to romance River Ward. Make sure to stay tuned to Daily Esports for more Cyberpunk 2077 guides and news.

The US Government Is Keeping Tabs On GameStop Stocks
PS4