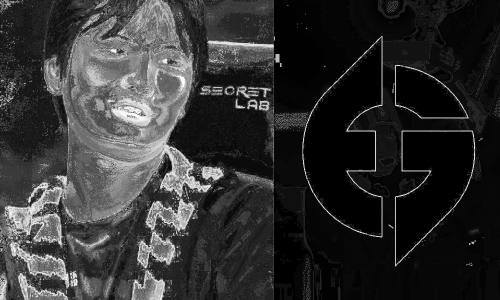 It was Daryl Koh ‘iceiceice’ Pei Xiang’s first game with Evil Geniuses since his move from Southeast Asia to North America and even though they dropped a game against 4Zoomers, EG managed to win their first series of DPC League 2-1. The first two games were close ones, but game three was a one-sided affair in EG’s favor.

Game 1 was all about Sammyboy vs the rest of EG. His Phantom Lancer was extremely farmed and had an Aegis; but the turnaround came when EG took down the PL just after his Aegis expired and took control of the game. With Lycan and Shadow Shaman, they had more than enough weapons in their arsenal to take down buildings.

Game 2 was the closest of the lot. 4Zoomers had a 30,000 lead in net worth, but two Divine Rapiers on Arteezy’s Wraith King and a well planned fight, EG clawed their way back in the game. But the resistance ended when the WK died, dropping the two Rapiers.

Game 3 was the iceiceice and Abed show as the two former SEA players brought out their best games to dismantle 4Zoomers and prove who the experienced bunch were. Iceiceice’s Tidehunter destroyed Brax’s Batrider in lane and it all started with EG sending Arteezy to the offlane to avoid Phantom Assassin from facing the Batrider in lane. Even though Gunnar put up a valiant effort on Leshrac, Sammyboy’s Clinkz couldn’t get enough time and space to come online and EG ran away with the game.

Your last chance, hope, and dream mean nothing to @abedyusop and EG #dota2. #LIVEEVIL pic.twitter.com/7IX6J8Uucr

Evil Geniuses’ new lineup is off to a good start in the new DPC season. Next up, they take their old captain ppd and his team, SADBOYS, on the 24th of January. Although 4Zoomers lost their first series, they can take pride in the fact that they put up a fight against EG. They have the rest of the week off and will compete agaist A-Team on the 26th in search of their first victory in the Upper Division of the NA DPC League Season 1.