The video, which is produced by 100 Thieves and the LCS, shows Lil Nas X and members of the 100T esports and content teams in their USA headquarters. Lil Nas X performs two of his songs in the video: Industry Baby, and That’s What I Want. 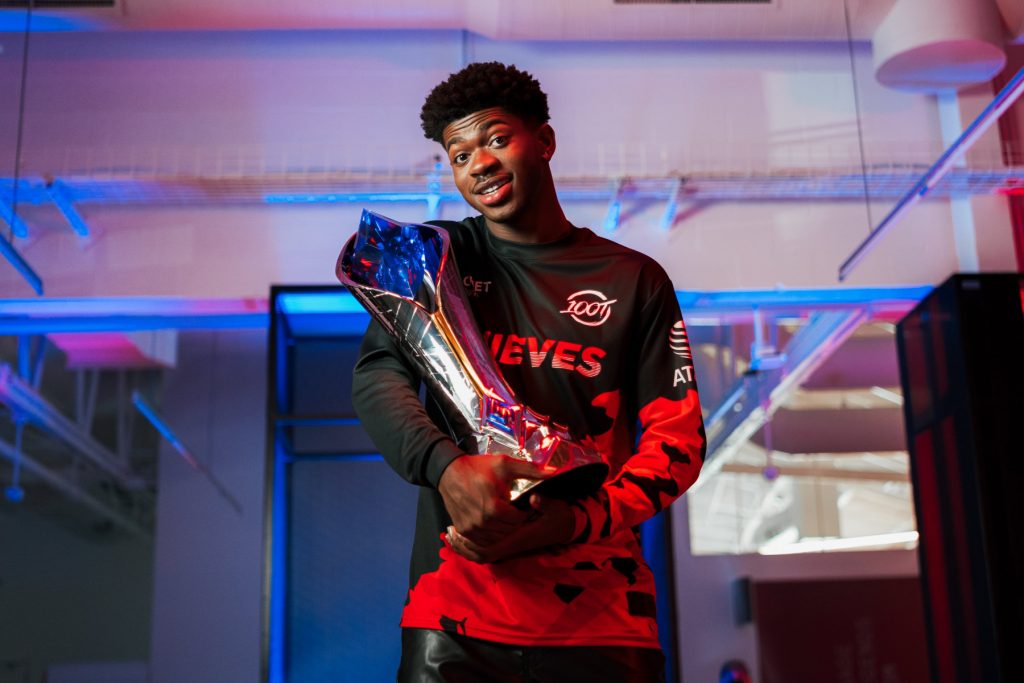 The video is a part of a collaboration between the two-time Grammy award winner and the American esports organisation. The activation is based on 100 Theives’s upcoming campaign in the League of Legends World Championship. 100 Thieves are the current LCS title holders, having won the 2021 Summer Split final against Team Liquid earlier this year.

Throughout the build-up to League of Legends’s World Championship, a multitude of organisation’s have created activations and showcased Worlds-related merchandise in videos. Fellow North American organisation also recently utilised a Lil Nas X for its upcoming 2021 Worlds campaign.

In addition, Riot Games has collaborated with American act PVRIS for its official Worlds song. The publisher’s premier event is set to commence its Group Stage today (October 11th).

Esports Insider says: Cooperating with one of the hottest artists in the world is extremely important for 100 Thieves, an organisation that secured a first LCS win earlier this year. Lil Nas X is sure to bring a lot of attention to 100 Thieves in the days to come, and this cooperation might even give a boost to the popularity of esports in general.