Blizzard Entertainment has announced that the 2019 edition of the Winter Wonderland event will return to Overwatch beginning tomorrow. Fans will be able to celebrate the holidays with new game modes, loot boxes, in-game cosmetic items, seasonal map changes, and a variety of skins.

Put your enemies on ice as Rime Sigma when Overwatch Winter Wonderland returns on Dec. 10. 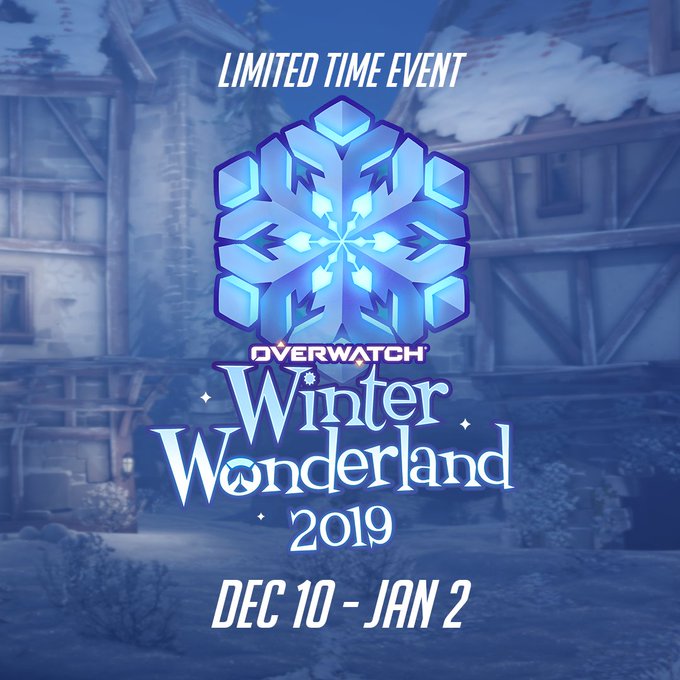 During the annual BlizzCon 2019 event, a Winter Sigma skin was shown off during an Artists at Work panel. With a Whitewalker-like theme, the Sigma skin featured ice horns, frozen hypersphere projectiles, and a winter color scheme on armor.

As usual, players will also be able to obtain cosmetics from previous year events through the Winter Wonderland Loot Box. 2018’s event featured 28 Christmas skins, 4 animated intros, and 7 emotes. It also came out with a Holiday version of maps like Blizzard World, Black Forest, King’s Row, and Hanamura. These maps feature the additions of festive lights, snow-covered trees, along with the red and green scattered around.

The two events hosted in 2018’s Winter Wonderlands were Yeti Hunter and Mei’s Snowball Offensive. Yeti Hunter consisted of a 6-player brawl with 5 Meis and 1 Yeti player that uses Winston’s abilities. The Yeti gathers raw meat items around the map to unlock a Primal Rage ability, granting him immunity to Mei’s freezing abilities. The two teams try to survive, with bonuses also being given to the Mei side.

Mei’s Snowball Offensive changed Mei’s Endothermic Blaster to a single “super-powered” snowball. While the weapon is now a one-hit, missing your shot requires a player to search for a snow pile to refuel. Mei also has an ultimate which turns her blaster into an automatic snowball launcher, with a faster firing rate. This mode is similar to the One in the Chamber or One in the Quiver minigames found in other titles.

The event will be available until January 2, but Overwatch fans who miss out will get another chance to pick up the rewards again the next year.