The first part of the Pokémon Sword and Shield Expansion Pass, the Isle of Armor, now has a confirmed release date of June 17. The news comes from a trailer that debuted earlier today.

Along with the Isle of Armor release date, the new trailer shows off lots of gameplay from the upcoming DLC. In addition, Serebii has provided information about new Pokémon, Gigantamax forms, and regional variants. The trailer provided fans with their first look at Galarian Slowbro, a Poison/Psychic-type Pokémon. It possesses a new Ability, Quick Draw, and a new signature move, Side Arm Smash (likely the same as the previously-leaked Shell Side Arm).

There was also plenty seen of the second expansion DLC for Sword and Shield, The Crown Tundra. This seems to be the area where trainers will have the chance to capture Regirock, Regice, and Registeel, Legendary Pokémon from the Hoenn region. In addition, the trailer showed off two new Regis: the Electric-type Regieleki and the Dragon-type Regidrago. Regieleki has a new Ability, Transistor, and learns a new move, Thunder Cage. Likewise, Regidrago has a new Ability, Dragon’s Maw, and learns a new move, Dragon Energy. 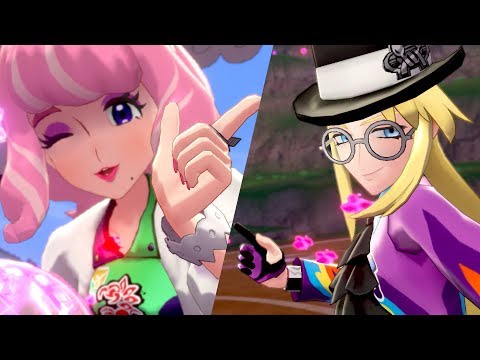 The Isle of Armor and beyond

The DLC trailer highlights the Gigantamax forms of Venusaur, Blastoise, and Urshifu. Naturally, all of these Pokémon gain access to powerful G-Max moves while Gigantamaxed. Venusaur’s move is called G-Max Vine Lash, and Blastoise’s is called G-Max Cannonade. Urshifu’s Single Strike Style gets G-Max One Blow, while its Rapid Strike Style gets G-Max Rapid Flow. In addition, Urshifu gets a new Ability, Unseen Fist, which allows it to damage enemy Pokémon through Protect.

The release trailer showed many Pokémon coming to Sword and Shield in the Isle of Armor DLC, like Wailord, Kangaskhan, and more. It also showed the Cram-o-matic, a Cramorant-inspired item that allows players to combine items in order to create new ones. Players will be able to make Dynamax Soup, which can be given to an eligible Pokémon to allow it to Gigantamax. Finally, trainers will have the chance to exchange Armorite Ore found in Max Raid Battles for new Move Tutor moves. These new moves include Burning Jealousy and Grassy Glide.