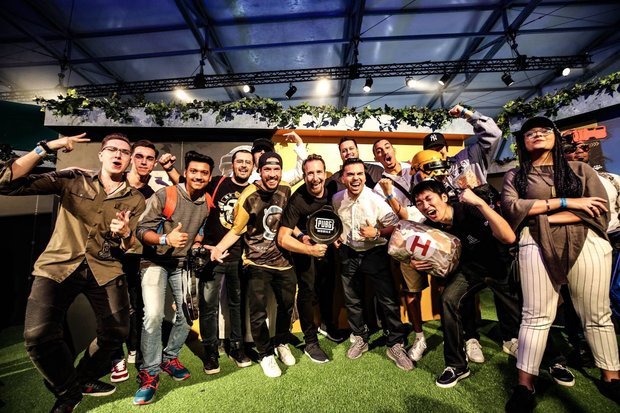 Everything is surgically clean, and I’m confident I never saw any litter or pieces of rubbish in any of the locations I frequented across my stay.

It’s almost unbelievably spotless, and this persisted from the taxi’s I took (nobody walks anywhere) to a sprawling, gargantuan mall to the location that gave me reason to be here, the ‘Festival Arena.’

I’d been invited to cover the PUBG Mobile Star Challenge Global Finals, the culmination of 10 regional finals that weeded out the best PUBG Mobile players in the world. You’re probably thinking, PUBG Mobile?

Does that warrant this kind of competition? Maybe you haven’t played it, or haven’t heard about its success. I was bowled over too, so let’s get this out of the way.

At the event there was a little walkthrough with statistics showing off what it’s achieved in the eight months it’s been available. The game breached 100 million registered users in four months, and that is excluding China, one of it’s most popular markets.

It’s picked up numerous awards already and is in the running for a Game Award on Friday. At its peak, it’s boasted 30 million daily active users and received over 200 million downloads so far. Wow.

I bet you weren’t expecting that. I wasn’t either. As a PC PUBG player with over 200 hours, it was a shock to me to realize how much of a huge deal this game is. It’s led to partnerships with luxury brands like streetwear legends ‘A Bathing Ape’ to launch custom in-game cosmetics. I never thought I’d see BAPE in a video game, but if any statistics demanded that crossover, it would be the ones attached to PUBG Mobile.

Regardless of numbers, it’s safe to say that the eSports scene for a game like this isn’t quite cemented just yet. The same could be said for mobile eSports as a whole. I therefore retained a little bit of skepticism about it going in.

I wondered whether there would be a strong audience for this kind of thing. I’ve been to the Overwatch World Cup and read the room. Can mobile eSports be competitive AND interesting? Can it meet the excitement of its PC/Console competition? Who exactly was this event for, I wondered? And is it worth it for the average fan?

It was clear as soon as I walked in the door that a lot of money had been pumped into the event to please fans and provide them with a memorable experience that will deepen their bond with this free mobile game.

There was an earnest desire to make people happy, from the realistically scaled buggy, crate and UAZ that sat outside the arena, to the multiple in-door booths doling out free swag. You could get a shirt screen-printed with your name on-site to commemorate the experience, and fans received little trinkets and bags very similar to items in-game that actually provided a use case most of the time.

It was nice, and the families in attendance ate it up. It was like Disneyland for PUBG Mobile kids, from amazing cosplay to a themed PUBG laser tag game where you strapped on plastic armor and hid behind barrels.

The stage design was similarly cool. The 20 teams were ferried into shipping container bunks, truncated by authentic-looking sheet metal that blocked the view of the main screen to stop screencheating.

The metal was engraved with the team’s logo, and an ambient screen was placed below the players, which animated and changed colour when the team was eventually wiped out. Super cool!

On the big screen was a portrait of each player partaking in the match, which was supposed to disappear as they were taken down. It didn’t quite work out as seamless as that, but it was a very novel idea. At the start of each match, a huge augmented reality plane flew over the crowd, dropping a payload of a virtual Samsung Galaxy Note 9 inscribed with the round number. Did I mention that this event was sponsored by Samsung

The casters took every chance they had to name drop the phone, which each player was using to game on. Clearly it got this event the funding it needed, but it became a little bit egregious hearing the sponsor without fail every five minutes!

There was even a team called ‘Team Galaxy’ made up of Samsung employees who worked on the phone, which felt like a conflict of interest, but more on that later.

The opening ceremony even had an eclectic interpretive dance number, simulating a battle royale. Armor-clad warriors rappelled from shipping containers onto the stage, dance-fighting their way to the final circle until a lone hero emerged, dressed as PlayerUnknown himself. What a tease!

This turned out to be the host, Brendan Valdes, who I caught up with backstage on occasion between the proceedings. I learned that this was his first gig as a live stage host (he’s a caster based out of South Korea.)

Valdes knocked it out of the park for a first-timer, and kept everybody engaged and happy even during some unfortunate hiccups. He was funny, graceful and a wonderful host that kept the whole event running smoothly, even when it wasn’t. Hats off.

And truly, I was shocked at how wrapped up in the matches I was. I play a lot of PUBG on PC but had never observed it at a competitive level. I loved watching PUBG Mobile, and sitting with the rest of the European press, we were all getting into it.

Giving it the usual ‘ooohs’ and ‘aaahs’ as teams descended upon each other. From squad wipes to explosions and everything in between, the audience would erupt with exhilaration, laughter and cheers ringing throughout the arena. The true unpredictability of PUBG lended naturally to eSports. 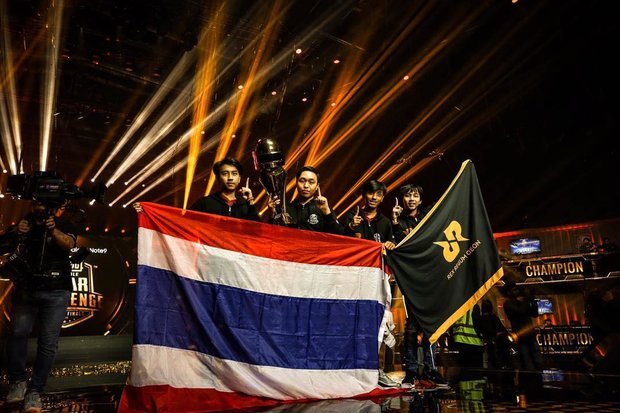 I must preface this by saying that the eventual winners, RRQ Athena, secured five wins in a row, but usually, you can’t call it from the off, and anyone could take home the chicken dinner when engagements get tense and the final circle creeps closer.

Even when it did feel like one team was dominating, it’s not like they breezed through the competition, and even the teams that didn’t perform so well certainly put up a fight.

I’m happy to say that PUBG Corp. and Tencent, the masterminds behind this event proved my introductory skepticism wrong time and time again over the three-day proceedings. There 100% is a market for mobile eSports, and it’s way more accessible than the console/PC alternative, due to the advent of the smartphone.

Tencent made note of this at the event, in a really humbling short presentation where they outlined their plan to ‘Mobilize eSports’ by promoting Mobility, Accessibility and Lifestyle. They truly want everyone to get involved, regardless of social barriers.

Any kid with a device can pick up and play PUBG Mobile, and hell, they might even end up competing for $400,000 dollars just eight months after their first game.

This was the case for most of the competitors I spoke to, usually after the day’s games had concluded. First I spoke to Full Send, a squad made up of four streamers, a fan favourite team put together purely for this event. They had literally just met the day before I interviewed them in the on-site Media Room.

A mixture of international players from the Czech Republic, Germany and The USA, only one of the teammates was a PUBG Mobile player prior to this tournament

Sarah has four seasons of experience in PUBG Mobile and gave off the vibe that she was the team coach, with other members acting as support players as they learned the ropes. They mention they’ve had lots of laughs in the process “When you know each other, you play better.”