As a result of the deal, Camp Localhost, a gaming and esports camp powered by Nerd Street Gamers, will provide two programmes for ages 9-13 and 14-17 that look to combine ‘on-screen gaming and physical activity’. 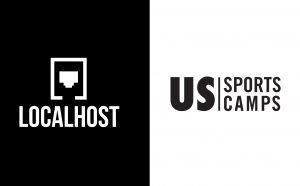 The week-long camps will take place in nine states across the US. Campers can expect to be joined by esports and gaming experts during the Localhost events, as well as take part in esports tournaments.

“Our shared goal is growing the gaming community with positive players.”

Founded in 1975 by Charlie Hoeveler, US Sports Camps aims to support athletes by developing their skills ‘in a fun, challenging environment’.

Founder and CEO of Nerd Street Gamers, John Fazio also spoke about the partnership: “Our team is excited to work with US Sports Camps to provide yet another accessible avenue of entry into the esports industry.

“As someone who grew up going to traditional sports camps, I am thrilled that we have joined forces with this prestigious organisation to provide the same opportunities for gamers. Localhost esports summer camps will not only provide a fun atmosphere, but also enrich technology and strategy skills that are applicable in higher education and real job opportunities.”

Esports Insider says: This partnership can prove to be fruitful for both entities, as well as for young esports and gaming enthusiasts in the USA. Nerd Street Gamers has done a lot to ensure that North-American esports continues to develop, whether that’s by hosting and broadcasting esports events or providing facilities for all types of gamers.