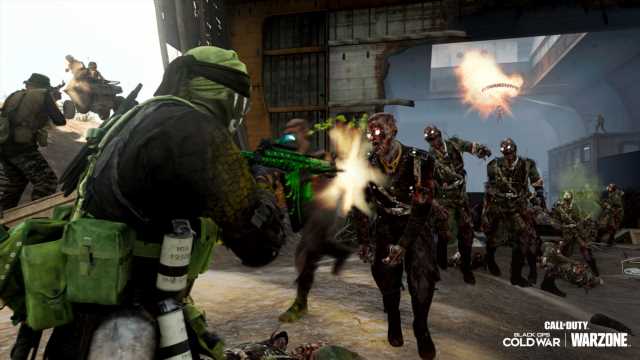 Developer Raven Software has released the Call of Duty: Warzone Season 2 Reloaded update and the accompanying patch notes. While the Black Ops Cold War update dropped last night, this Warzone patch is much smaller in terms of actual content. Of course, that doesn’t apply to the overall update file size, as usual with Warzone.

There were many fixes and changes that fans were hoping to see with this Warzone update. Though some of these issues were addressed, the developer didn’t turn in a huge weapon tuning pass and only fixed some of the game’s major bugs.

The biggest takeaway from the patch notes is that the AUG from Black Ops Cold War has been nerfed, slightly. However, it’s not the huge nerf that many players were hoping for. Still, it’s something that could reduce the AUG’s viability and allow another gun, like the M16, to enter the fold.

Another huge aspect of the Season 2 Reloaded update is the infamous “Dev Error”, which has been resolved. Having said that, the error has only been fixed on Xbox so far, not on PC or PlayStation platforms. It’s unclear why Xbox received the fix first, but at least players on that specific platform won’t have to deal with the error anymore.

Finally, the overall patch size for the update is around 52-57 GB for Warzone-only players. With Modern Warfare also installed, this number jumps to over 100 GB. While this seems like a massive update, much of it is optimization, meaning the overall game size will be smaller once installed.

There’s currently no indication as to when more balance changes will be coming to Warzone. Let’s hope more balance tweaks are inbound, along with a proper fix for the “Dev Error” bug on all platforms.