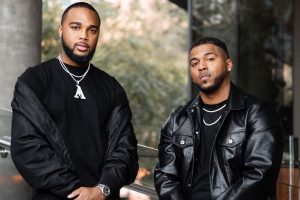 Lonnie Anthony, Co-Founder of Astoic Management, commented: “It’s an honour to join XSET as it’s at the forefront of intertwining entertainment, gaming, and driving culture forward. My vision for the organisation is to move the needle forward and advance XSET’s foray into the world of Web3 and the metaverse. What we have in the pipeline is going to surprise a lot of people and create historical moments that the world will never forget.”

In his new role, Anthony will work with XSET’s founders to lead innovation and strategic decisions for its overall business and brand.

Additionally, Martin will work to create memorable experiences and events for XSET. Both Anthony and Martin will become part-owners of XSET.

Rob Martin, Co-Founder of Astoic Management, said: “When it came to joining XSET, it was an easy decision. Having ownership in the fastest growing and most diverse gaming lifestyle brand in the world is a life-changing opportunity.

“We’ve been at the intersection of gaming, fashion, tech, and culture for over 10 years now. Our goal is to create countless experiences for the gaming community, musicians, athletes, and fans of XSET. With the team we are building at XSET, we look forward to shaping the landscape for the future of gaming.”

Astoic Management was founded by Anthony and Martin in 2013 and is based in Beverly Hills. The company has represented celebrities such as Offset, and brokered deals with companies including Facebook, Microsoft and Nike, according to a release.

Greg Selkoe, Co-Founder and CEO of XSET, added: “When we decided to acqui-hire Astoic Management, it was clear that Lonnie and Rob had built an amazing business. This is due to their creativity, passions, and importantly hard work.

“It was a no-brainer for XSET and we are honoured to have Lonnie and Rob joining as Chief Innovation Officer and Chief Experience Officer. I have no doubt they are going to have a massive impact on XSET and the global gaming lifestyle worldwide.”

Esports Insider says: By acquiring Astoic Management and hiring its managment, XSET is putting full faith in Astoic’s. Lately, we’ve seen many esports commercial agencies launch or expand, so it’s no surprise that XSET is looking to diversify in that direction.