You don’t have many options if you drop your iPhone and the screen shatters. Typically you’ll need a professional to swap the screen out for you, and Apple prefers to do so itself, encouraging iPhone users with broken phones to mail in their devices or to bring them to an Apple Store.

Looking at my own iPhone, I can’t even comprehend how I’d open this thing up. There are no screws, and everything appears to fit right where it needs to be. You need special tools and parts. If a shop isn’t an authorized by Apple, it might not have official parts, either. Apple said in late August that it’ll sell genuine parts to more independent shops, though.

Our stuff has become harder to repair as technology gets more complex, and the companies that make it all aren’t always interested in helping consumers fix their devices.

Her right to repair

Most of our devices and appliances used to be repairable, and doing so for others was once pretty big business.

Assemble With Care, from Monument Valley developer ustwo Games, is about one of those repair people. Maria is a one-woman repair shop who’s funding a trip through fix things for her customers. The game centers on her time in a quiet European city, where she meets people who need their stuff fixed — and end up getting their lives fixed, too.

Assemble With Care has 13 separate levels, each with its own item to repair: a rotary phone, a handheld video game system, and a music box, among other things.

Maria meets the city’s citizens and learns their stories by fixing their stuff. The stories are what drive Assemble With Care through the levels, each building up to a city’s festival that’s important, for different reasons, to each character. While at first glance it seems like the item that needs to be fixed is at the forefront of each level — it’s the only playable element of the game — it’s what the player learns from the experience that means the most.

From a cassette player, Maria learns about a little girl who’s feeling separated from her father after her mother’s death. In fixing a yellow rotary phone, Maria meets a struggling restaurant owner who’s put off contacting her sister.

The items aren’t exactly hard to fix — the game seems designed to be relatively easy and to create a more relaxing experience. Maria lines up all her tools available during Assemble With Care’s fixing sequences, each of the parts she needs pulled out already and ready. The repairs begin, most often, by taking objects apart. Each item has its spot on the screen where it’ll sit until you need it. You use your finger to tap and rotate objects, spinning screwdrivers and removing batteries.

This isn’t a puzzle game; it’s a story game, and the mechanics of fixing just enhance that. It also doesn’t hurt that the game’s aesthetic and design is stunning. Once an object is put back together, it’ll reveal something new about its owner — the object’s significance, what it’s used for, or where it’s been. 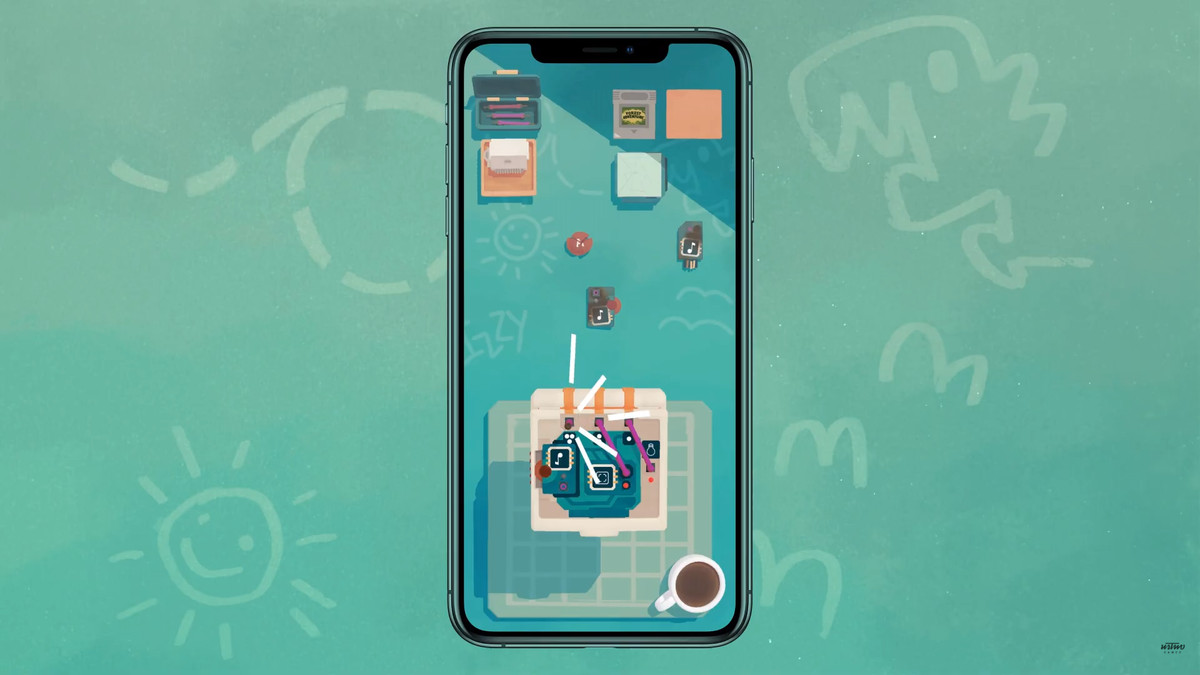 There’s some irony that a game about fixing stuff is exclusive to Apple Arcade, Apple’s new games subscription service. Assemble With Care puts such an emphasis on the act of fixing, really hammering the idea that Maria’s fixing not only things, but people, too. That message is so strong throughout that it feels a little on-the-nose. There’s no obvious critique of Apple in Assemble With Care, but it’s hard to ignore the irony of the game — especially when the importance of Maria’s repairs is emphasized so heavily. That she’s not only repairing people’s stuff, but the people themselves, too.

I played Assemble With Care for around two hours total, in three separate sessions. It’s not the kind of game I wanted to binge.

Instead, it’s something that’s benefited by shorter play sessions — on a train or waiting in a car. Otherwise, the story feels heavy-handed. I’d rather focus on the meditative act of pulling apart and piecing together objects, inspecting each piece to figure out how it’ll work for me.

Assemble With Care is now available on Apple Arcade. The game was reviewed using a personal Apple Arcade account. You can find additional information about Polygon’s ethics policy here.