During a press conference in Tokyo on Monday, Square Enix showed off Dragon Quest Walk’s exploration of real-world locations, like Tokyo Tower, and battles against creatures like the series’ iconic slimes. A cinematic trailer for the game shows a variety of Dragon Quest beasts roaming through Tokyo’s subway system, the crowded Shibuya Crossing, the Dotonbori River in Osaka, and more rural areas. 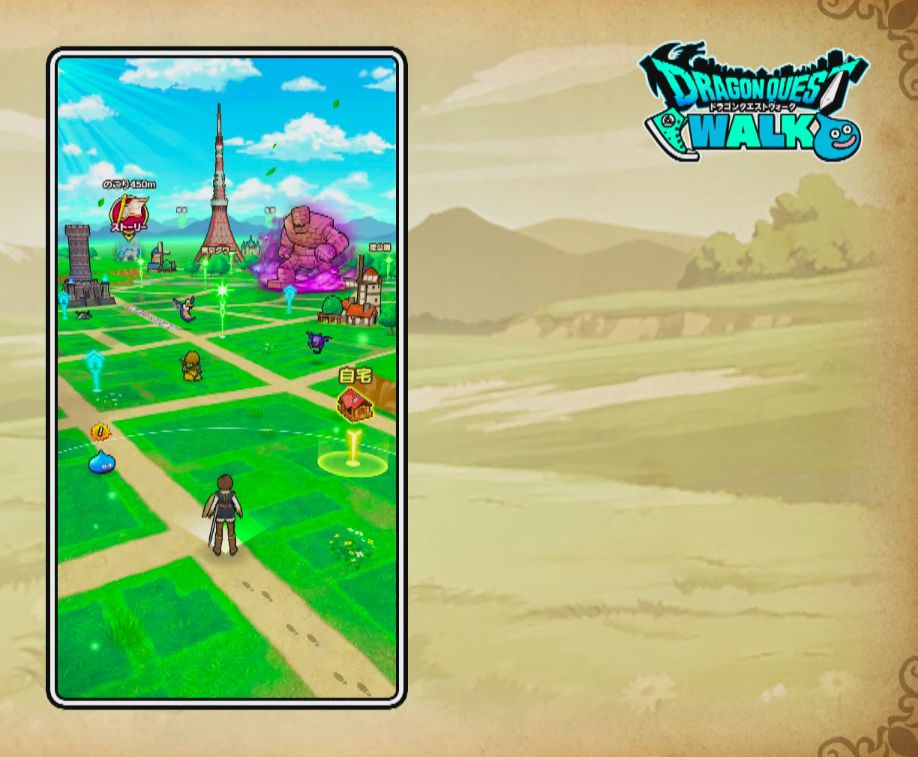 In addition to exploration, players will be able to build and customize their own houses in Dragon Quest Walk, filling them with slime-shaped furnishings and other decorative series staples, a la Dragon Quest 10, the massively multiplayer online RPG. Players can level up their characters and their homes.

Dragon Quest Walk is going into beta in Japan, but a release date was not announced. A Western release has not been announced, and given the series’ spotty history of Dragon Quest spinoffs making their way out of Japan, it’s best to temper expectations for a localization.