Roguelikes have become some of the most popular games, especially within the indie gaming space. Roguelikes are known for their sheer difficulty, progression and dynamic gameplay loops, an abundance of nuanced controls and skills, and, of course, plenty of items and goodies to collect during your adventure. Roguelikes cover a variety of themes but oftentimes it's the ones steeped in fantasy that provide the most fun.

If you are someone that loves all things fantasy then the roguelike genre is one you should give some time and attention to. While the high level of skill and oftentimes repetitive gameplay loops won't be for everyone, roguelikes generally offer a good amount of content mixed with an experience brimming with longevity. The following roguelikes are some of the best and also happen to offer a great fantasy theme.

Mana Spark is an underrate action roguelike game taking place in a harrowing fantasy setting replete with dark dungeons, spooky forests, and tenuous encampments. You play as a nameless hero who must dungeon dive in order to gather valuable loot to rebuild a new home base.

Mana Spark features a darkly gorgeous pixel art fantasy world to explore. Enemies in this game are tactical and strategic and will work together to defeat you, something that continually adds to the challenge level. Don't worry though, you will be able to grow stronger with each new run in the dungeons. 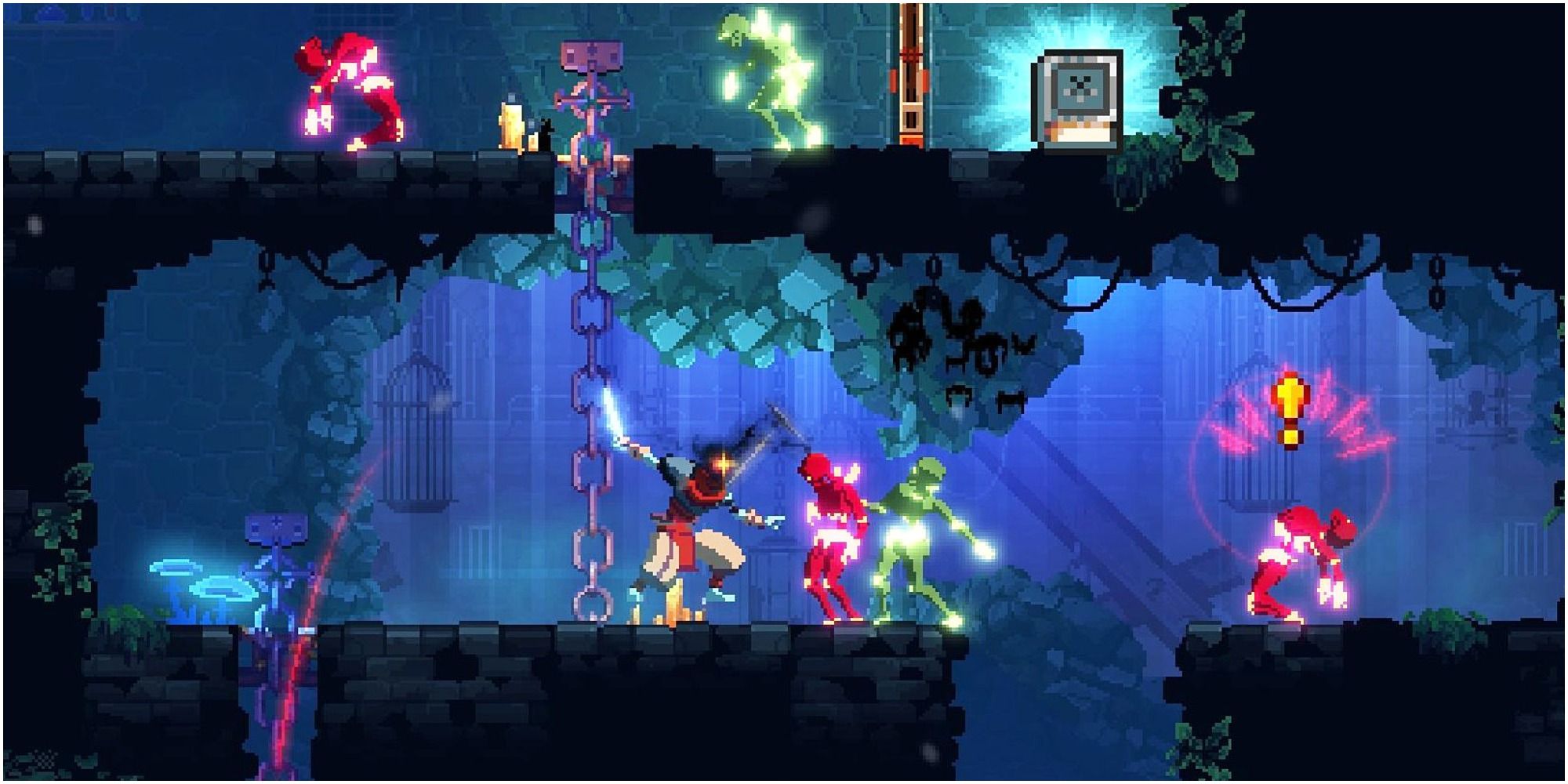 Dead Cells, apart from being one of the very best indie games, is renowned for its impeccable world-building and gorgeous dark fantasy environments to explore. Part action-adventure Metroidvania and part challenging and addictive roguelike, Dead Cells is a near-perfect gaming experience.

Dead Cells tasks you to explore a bevy of fantasy locations such as castle ramparts, creepy swamps, derelict towns, and many more along the way, with new locations being added with DLC. You will collect blueprints, new weapons, and fresh abilities as you seek to take on the ravenous hoards of enemies and bosses. 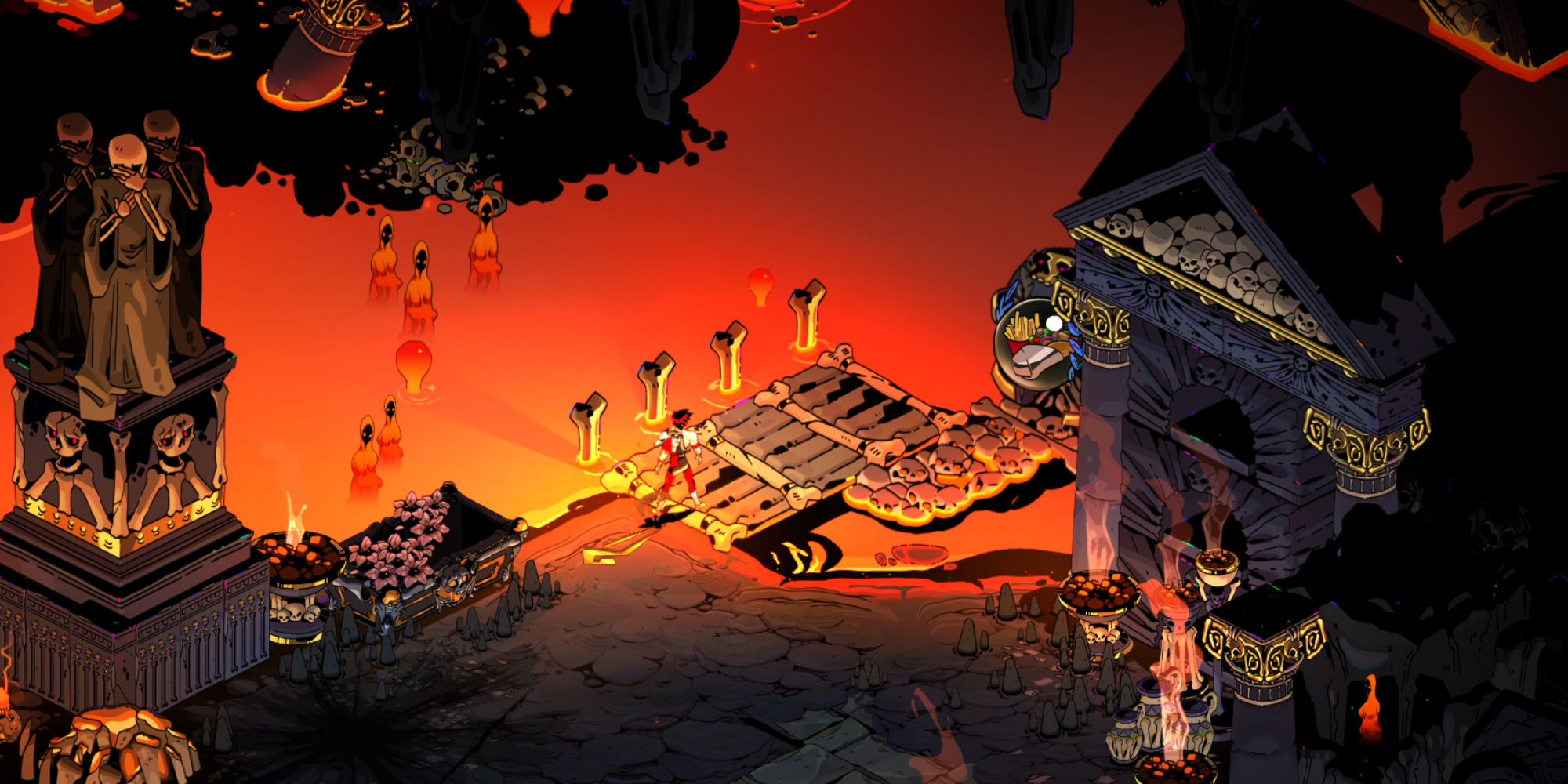 While Hades might not be a roguelike with a traditional fantasy setting, it still manages to offer up a unique, fantastical setting to explore as Zagreus, the son of Hades. This underworld location, while not ripe with typical fantasy tropes, still provides you with dozens of amazing vistas and landmarks.

Hades is a downright fluid and polished action roguelike experience, one that you won't soon forget. Not only is Zagreus a wonderfully created character, but he also brings excellent combat skills and magical abilities to each and every run. 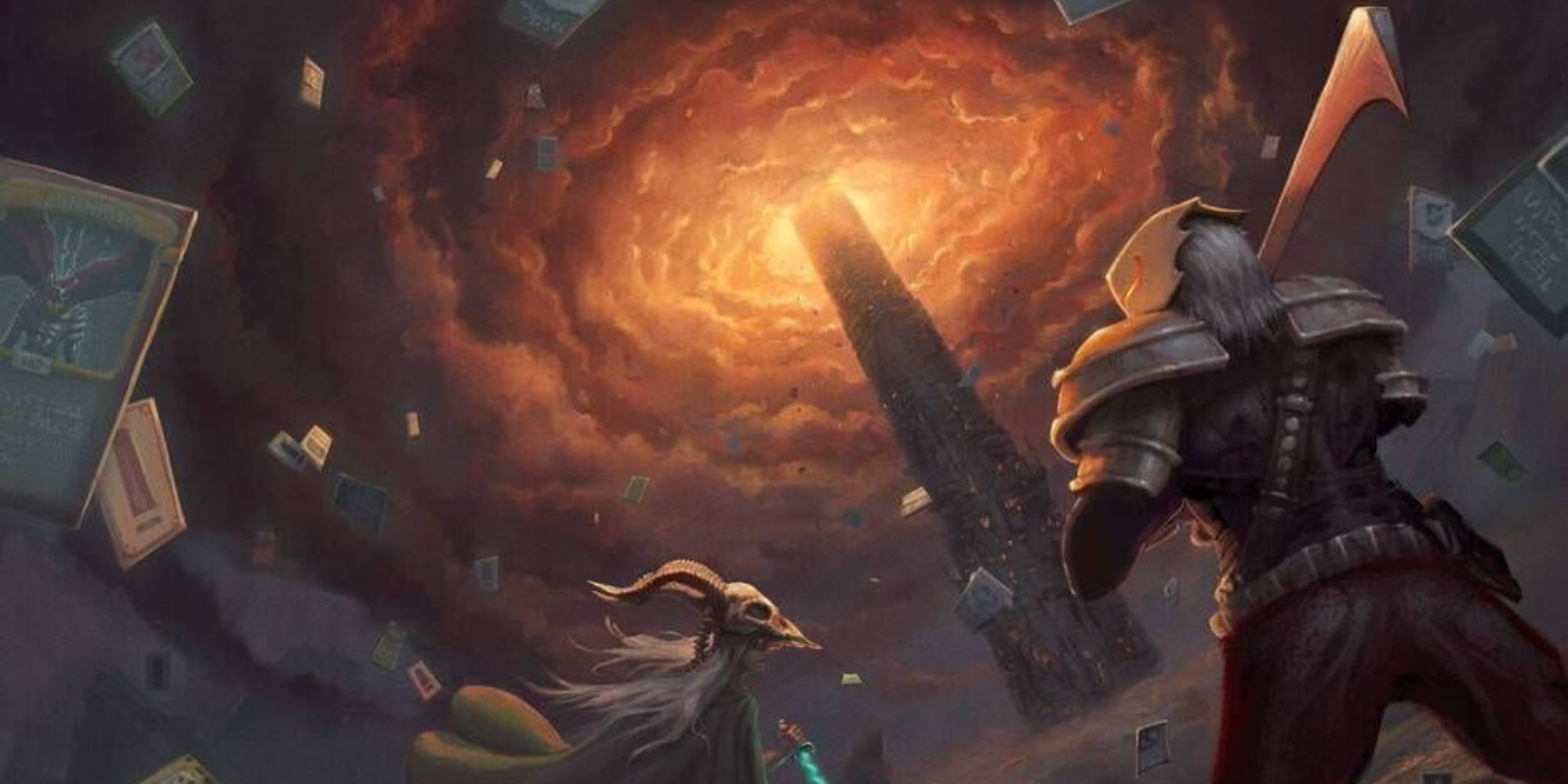 Slay the Spire is an incredibly addictive card-based roguelike game that is super easy to start playing but offers deep and nuanced gameplay loops. As with many card games, you are going to need to get to grips with the powers and abilities each card has to offer.

Your main goal is, as the name implies, to ascent a challenging tower that is filled with harrowing baddies to defeat. Collecting cards, building a great deck, and obtaining new relics are all part of the unique card-based gameplay here. Just be prepared to die a lot in your ascension of the tower. 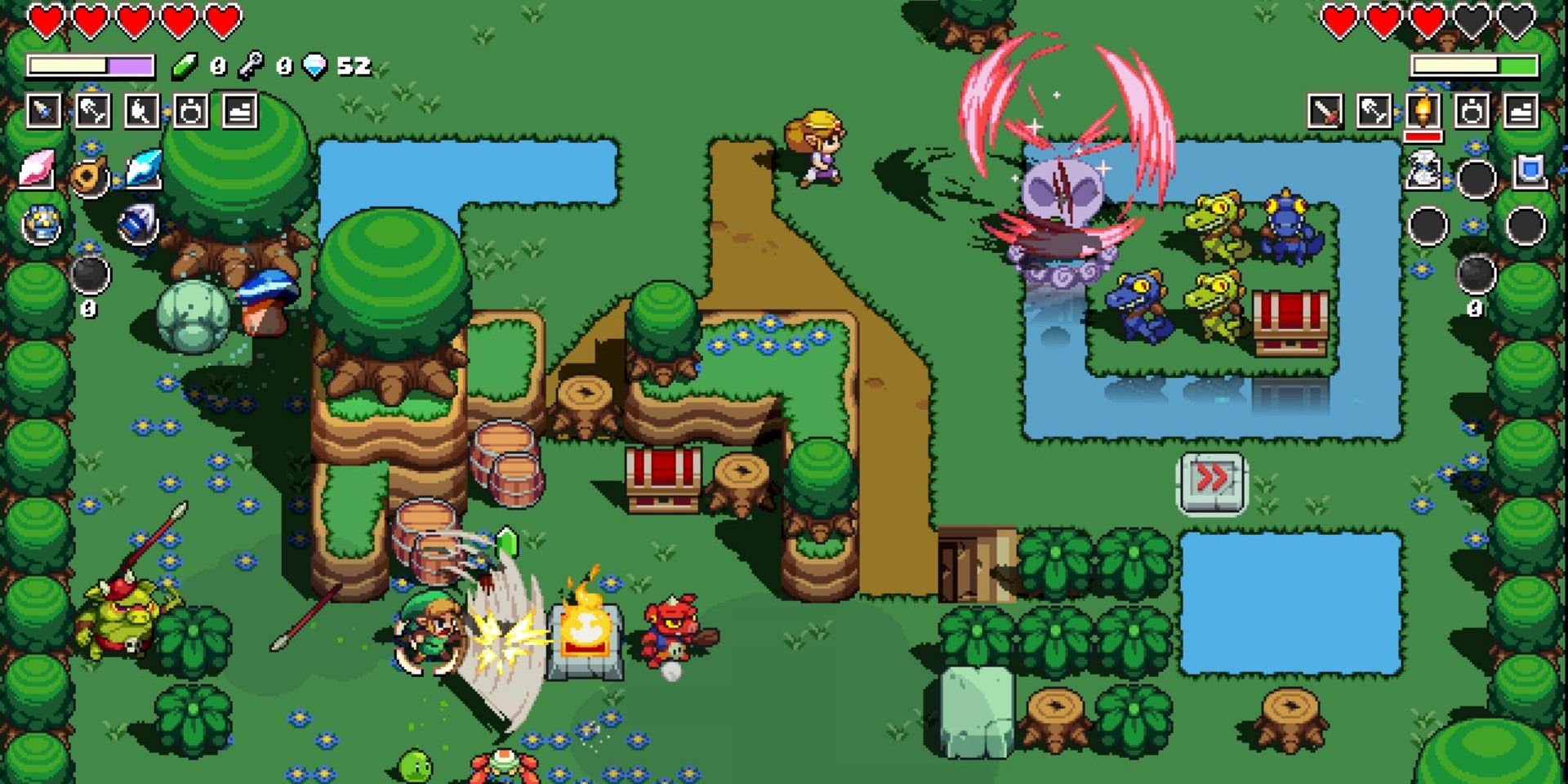 Cadence of Hyrule is what you would get if you mashed together The Legend of Zelda series with the rhythm indie game, Crypt of the NecroDancer. This bizarre and absurd genre mashup lends itself well to the overarching roguelike genre it finds itself nestled up in.

This Nintendo Switch exclusive roguelike is brimming with creative ideas all centered around the idea of defeating enemies, getting stronger, and exploring rich locations, all to the beat of the perfectly tuned (pun intended) music. It's a strange game to get to grips with but should most certainly be on your wishlist. 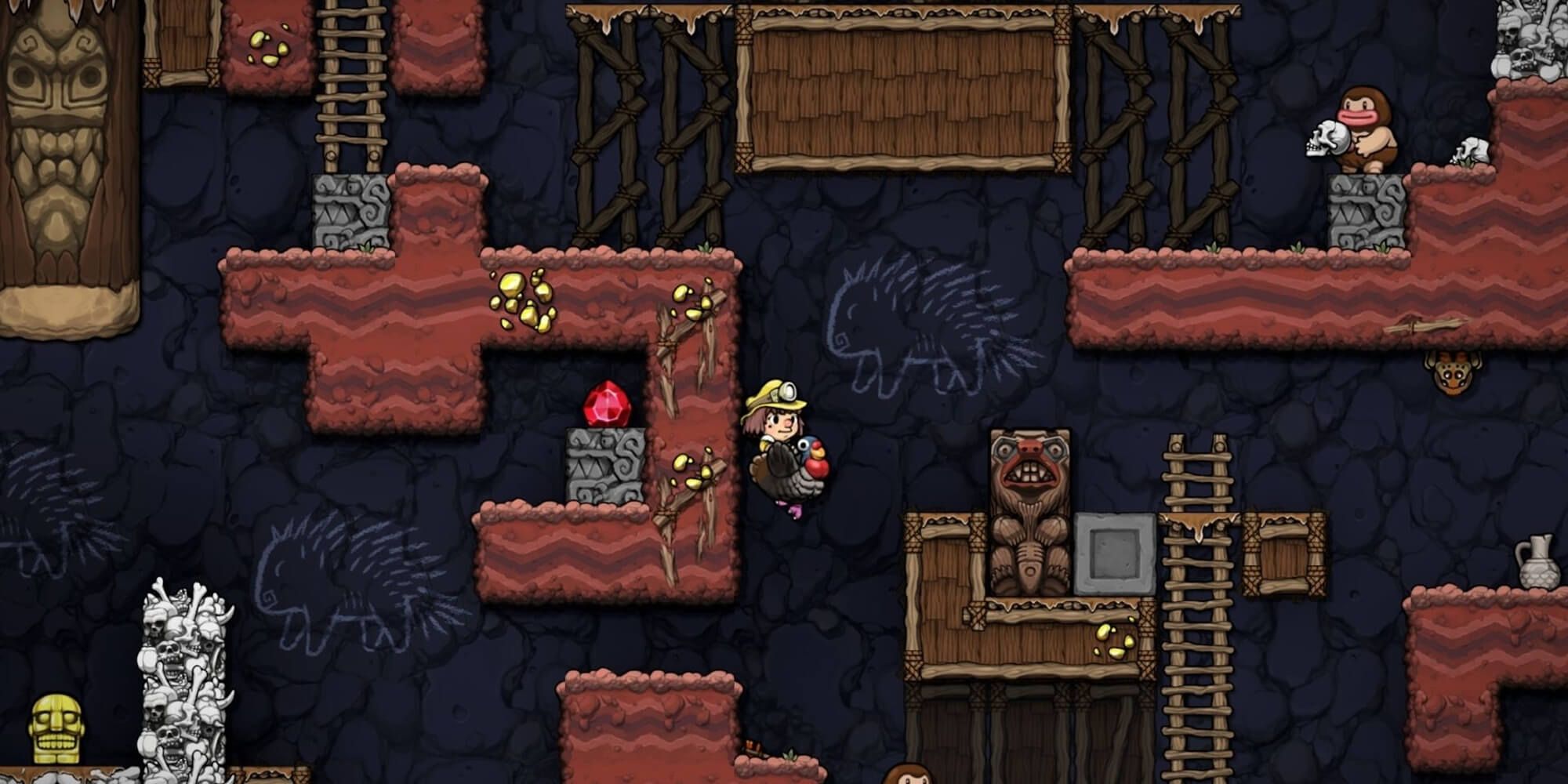 Spelunky 2 is a highly polished, uber challenging, and downright fun classic roguelike game where you dive deep into the earth in order to discover loot and treasures galore. The Spelunky games are known for their extensive gameplay scenarios which are enhanced through randomly generated locations to explore.

You will die a lot in Spelunky 2 so don't be disheartened by that. It's a game that is meant to be replayed over and over again to not only craft new items but also to explore just a bit deeper. Oh, and you can even tame, ride, and train animal companions. 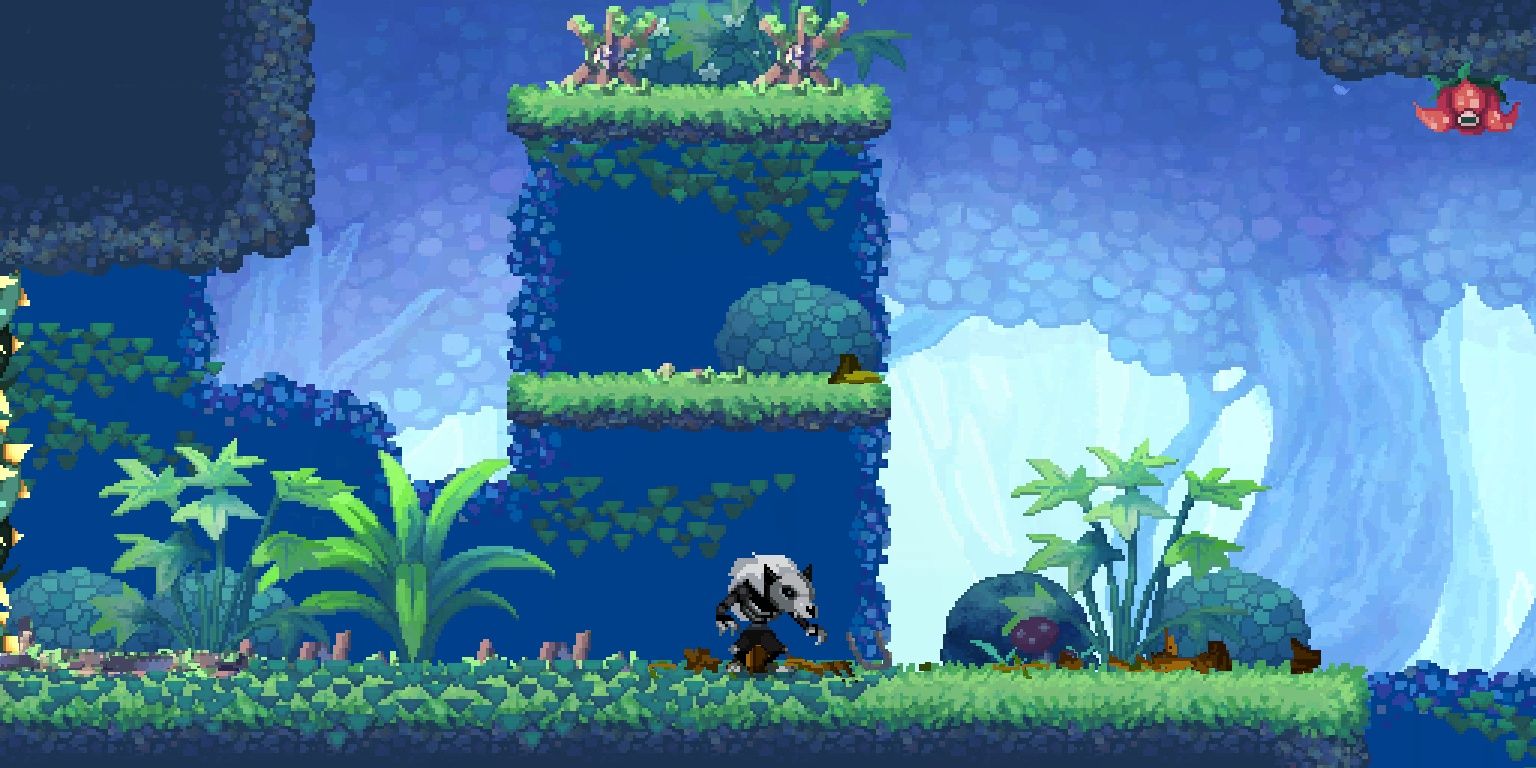 If the gorgeous presentation doesn't suck you into the game then the moment-to-moment gameplay surely will. It's so much fun trying out each of the new skulls whether you want to become a ghost biker or a terrifying grim reaper. It's a brutal game at times but each new run means you will get a bit further. 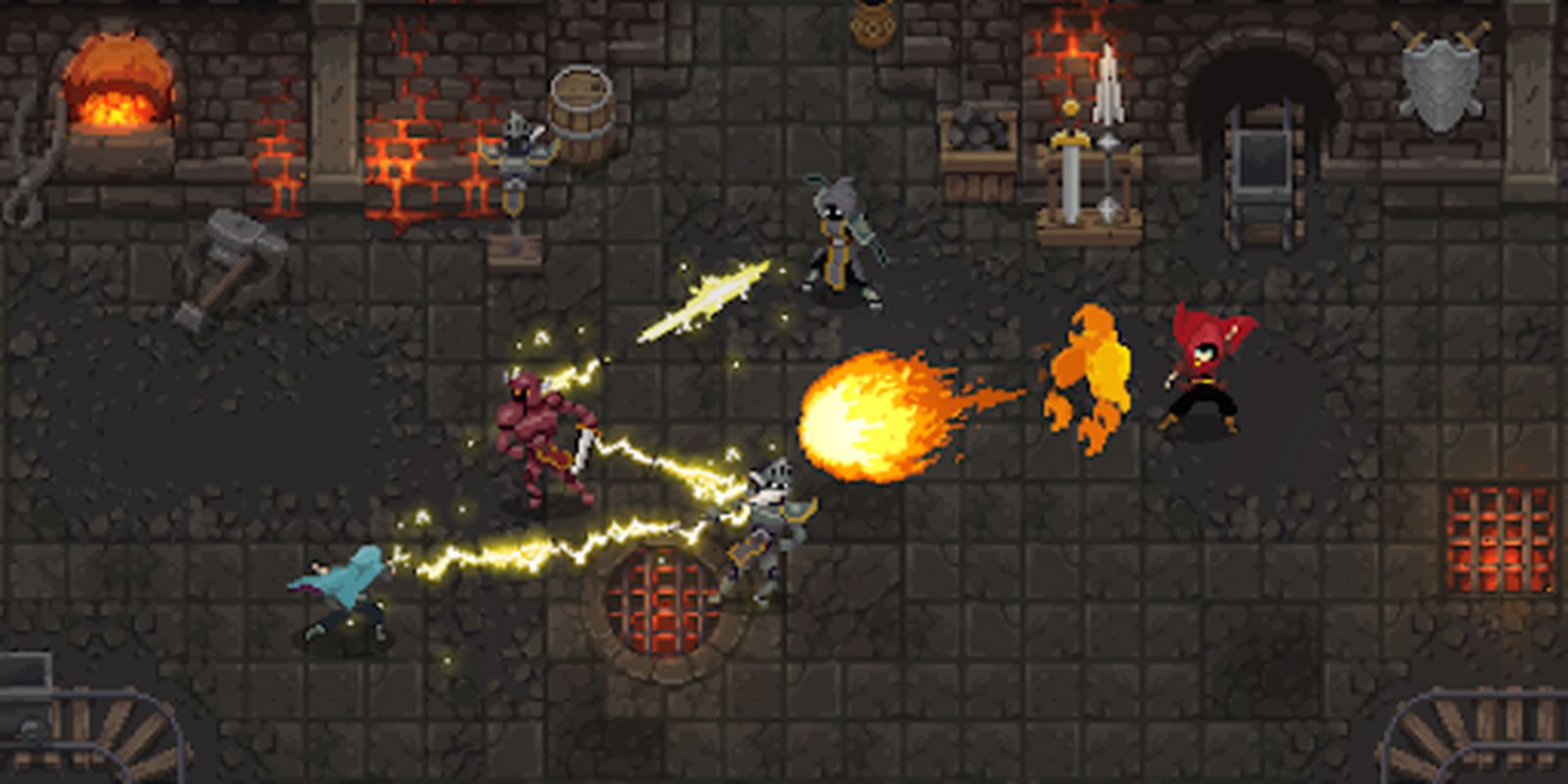 Wizard of Legend is a tough dungeon-crawling roguelike game all about spells and sorcery. In order to progress in this game, you are going to need to spend time building up your arsenal of spells, something that can only be done through exploration and defeating enemies in a strategic manner.

The ultimate goal of the game is to become the titular Wizard of Legend. This massive tournament is meant to be a test for the best wizards in the Kingdom of Lanova. If you want to become the best then you better find the strongest, most robust spells during your time playing. 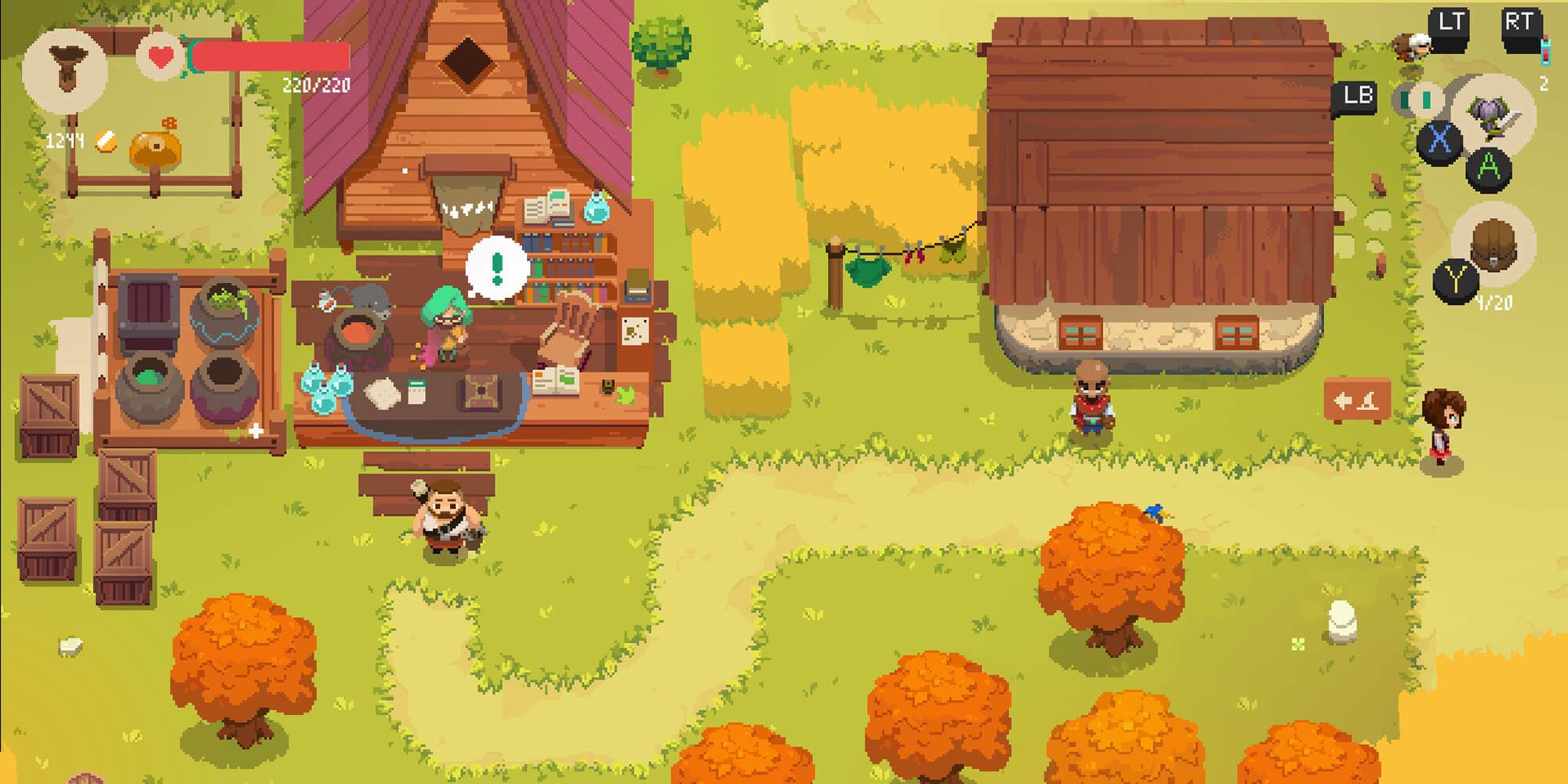 Have you ever found yourself playing a fun fantasy roguelike but felt there wasn't enough shopkeeping? If you happen to answer yes to that question then Moonlighter was custom-made for you. This highly interactive and enjoyable roguelike gives you a ton of action combat paired with the ability to manage a fantasy shop in your home village.

In Moonlighter, each new dungeon run is meant to be a way to bring back the best loot to then sell during the daytime hours to those adventurers that seek it out. The combination of shopkeeping mixed with traditional action roguelike gameplay keep Moonlighter fresh throughout. 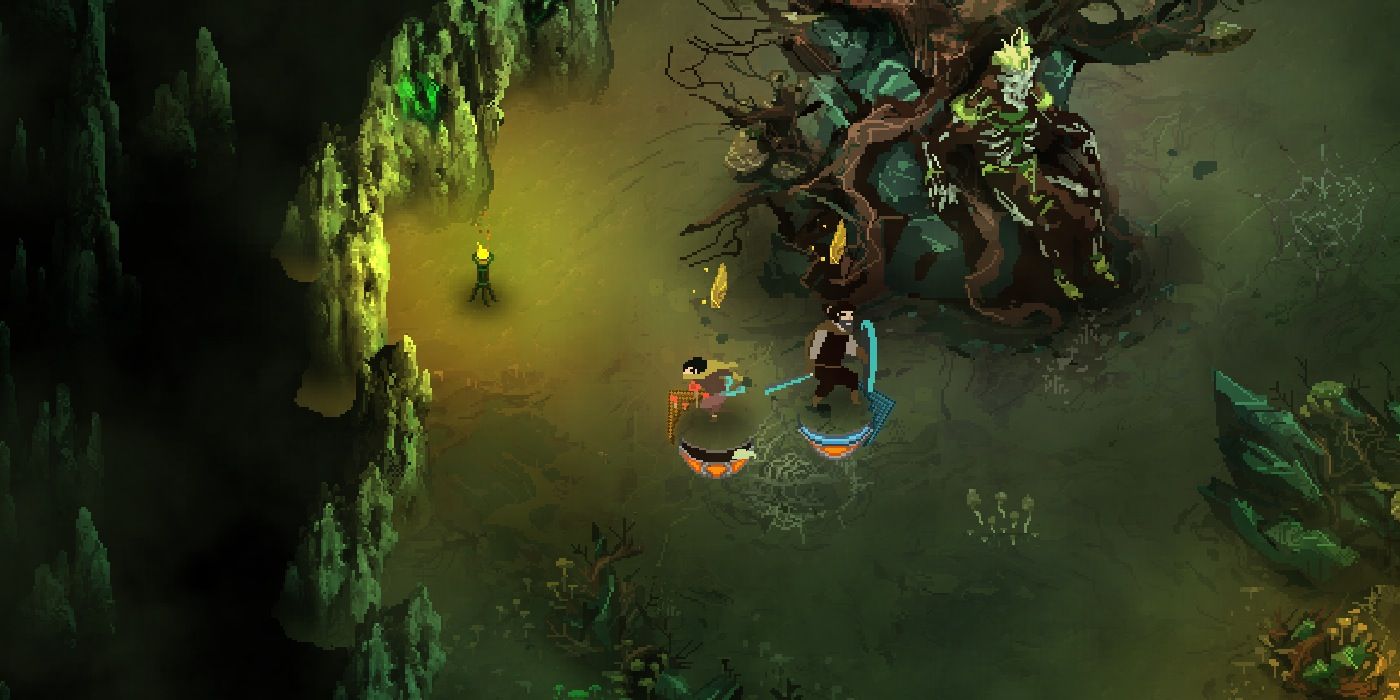 Children of Morta is a narrative-rich, story-driven action RPG with heavy roguelike elements where you play as multiple members of the Bergsons family. This game plays out as a procedurally generated experience where each new dungeon run feels fresh and unique.

Getting stronger and leveling up in this game means that each family member gets stronger overall. Considering you swap between the Bergsons all throughout your journey, it's a good idea to consistently try new abilities and skills as they become unlocked and available. The fact that the story here is so interwoven into gameplay and exploration, makes for an utterly unique roguelike game.