As one of the most historic, eye-catching and iconic cities in the world, Paris evokes a certain degree of romanticism that has been portrayed in every form of entertainment imaginable. For video games, it provides a picturesque and grandiose backdrop for some of the most beloved classics in the medium.

Although touted as the City of Love, the portrayal of Paris in games often shows off the seedier sides of the city. From depictions of the violent French Revolution, black and white noir detective tales, a gritty far-future Cyberpunk city, or even a romantic backdrop for a bit of organised murder – it’s all here, warts and all. 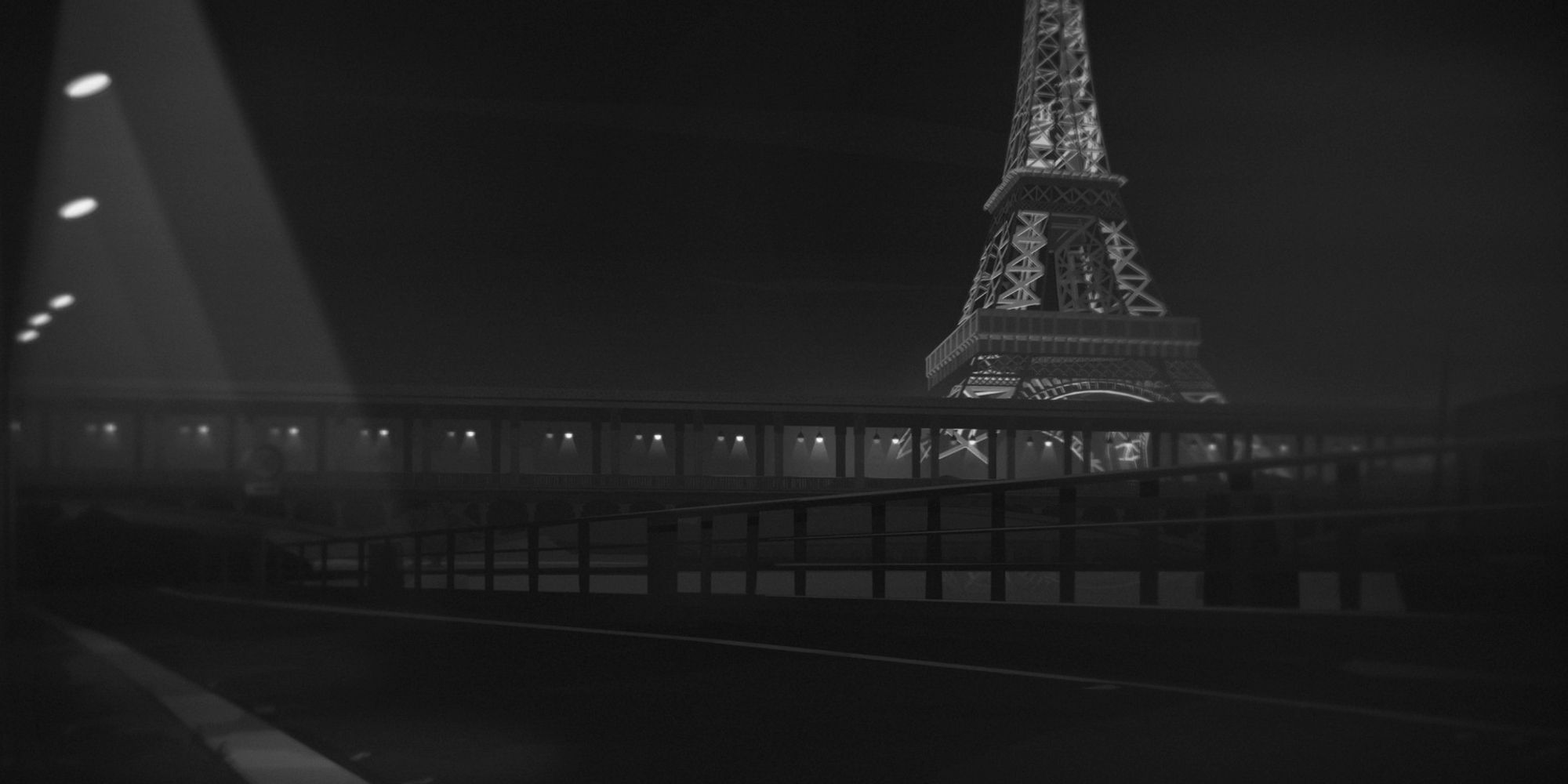 Sort of like a darker and slightly more altruistic version of Taxi Cab Confessions, Night Call sees a night shift cab driver take on the role of a detective in order to clear his name and catch a notorious serial killer.

It’s an urban black-and-white murder mystery where you must talk to as many of your passengers as you can in order to make sense of the city’s recent unpleasant series of murders. You pick your route as well as the line of questioning to whittle down the possibilities, all within the atmospheric and dimly lit streets of Paris. 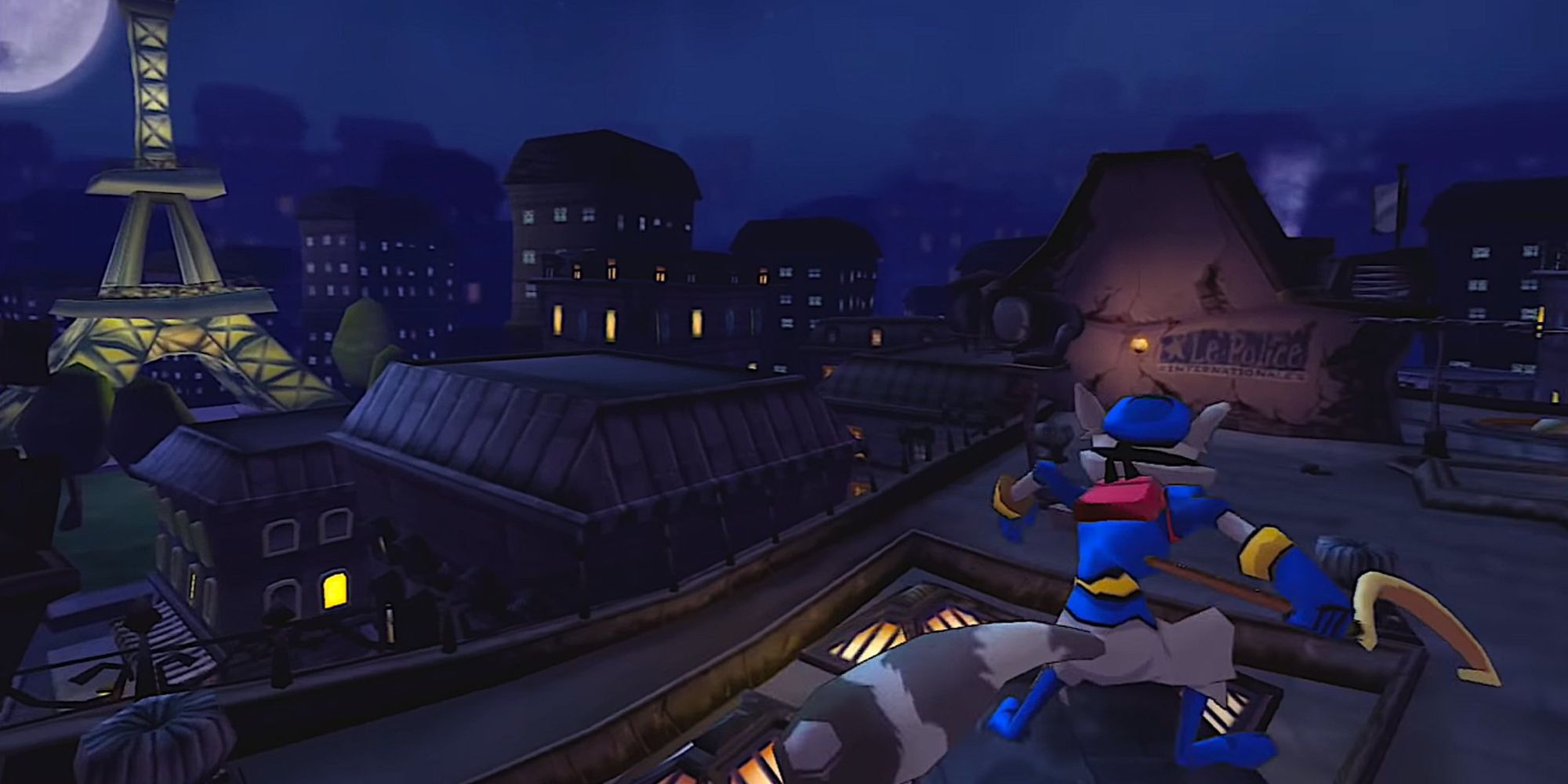 The Sly Cooper series is a beloved and sorely missed set of platforming stealth video games that star a band of anthropomorphic thieves consisting of an inquisitive turtle, a wry fox, a burly hippo, and the titular burglar raccoon.

The gothic rooftops of Paris act as one of the main hub worlds for Sly 2: Band of Thieves, and is where some important story missions take place in the game. Early on, Sly and his gang head into the city in order to foil a dodgy counterfeiting operation. Paris also provides a picturesque setting for the game’s final moments leading up to the group’s tense last heist. 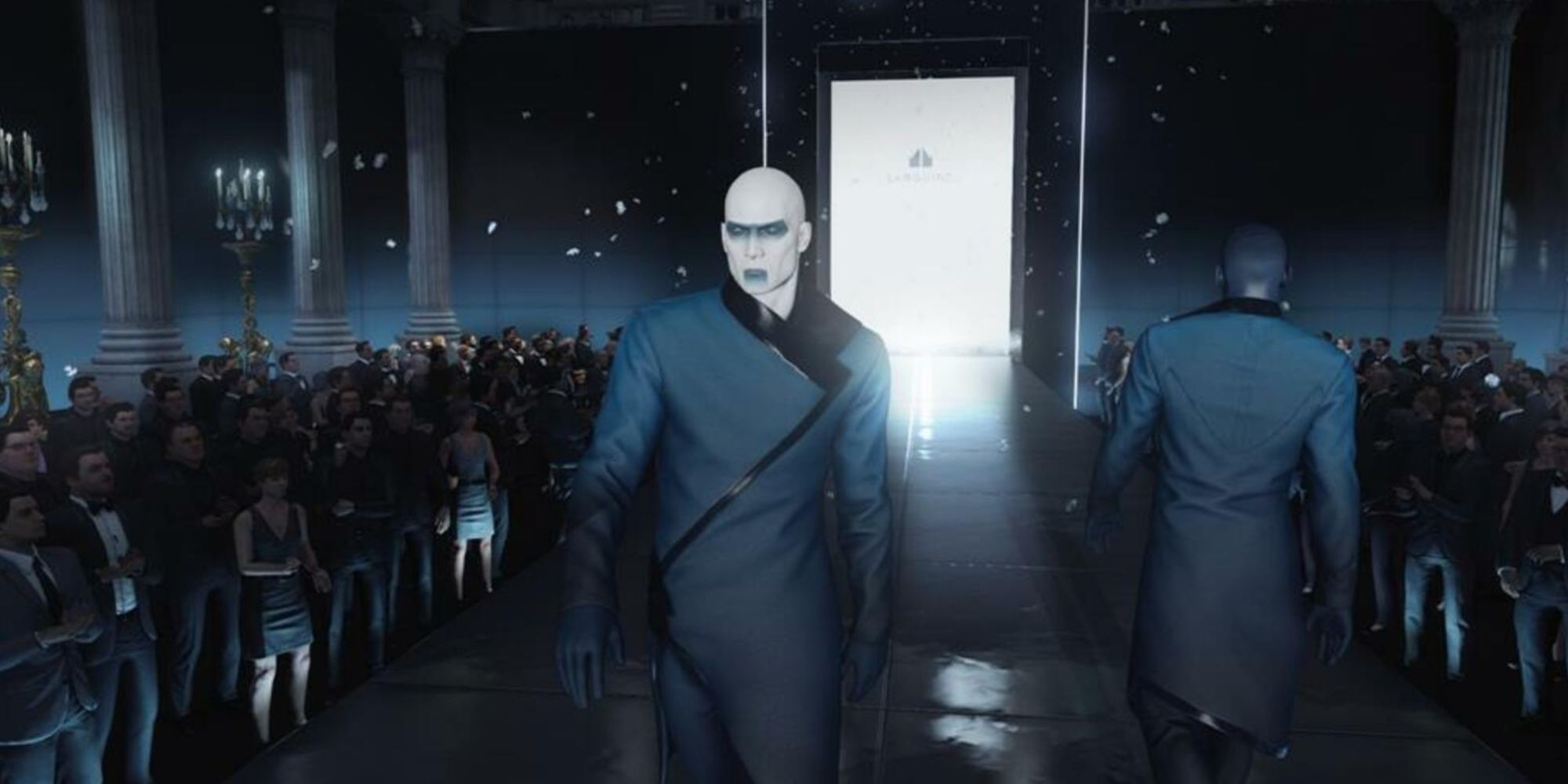 The Hitman games have always given players an unparalleled level of freedom when it comes to eliminating their targets. The first mission in 2016’s soft reboot, Hitman, places Agent 47 at an elaborate fashion show in a fancy palace in Paris, with the owner of a fashion empire in his crosshairs.

The palace itself is beautifully designed with wonderful French architecture, intricate winding corridors, and wide open spaces. There are plenty of rooms to explore and death-dealing systems to experiment with, including the bald man himself strutting along an imposingly large catwalk to show off some very stylish threads. We won’t question his methods of murder – everyone has a process. 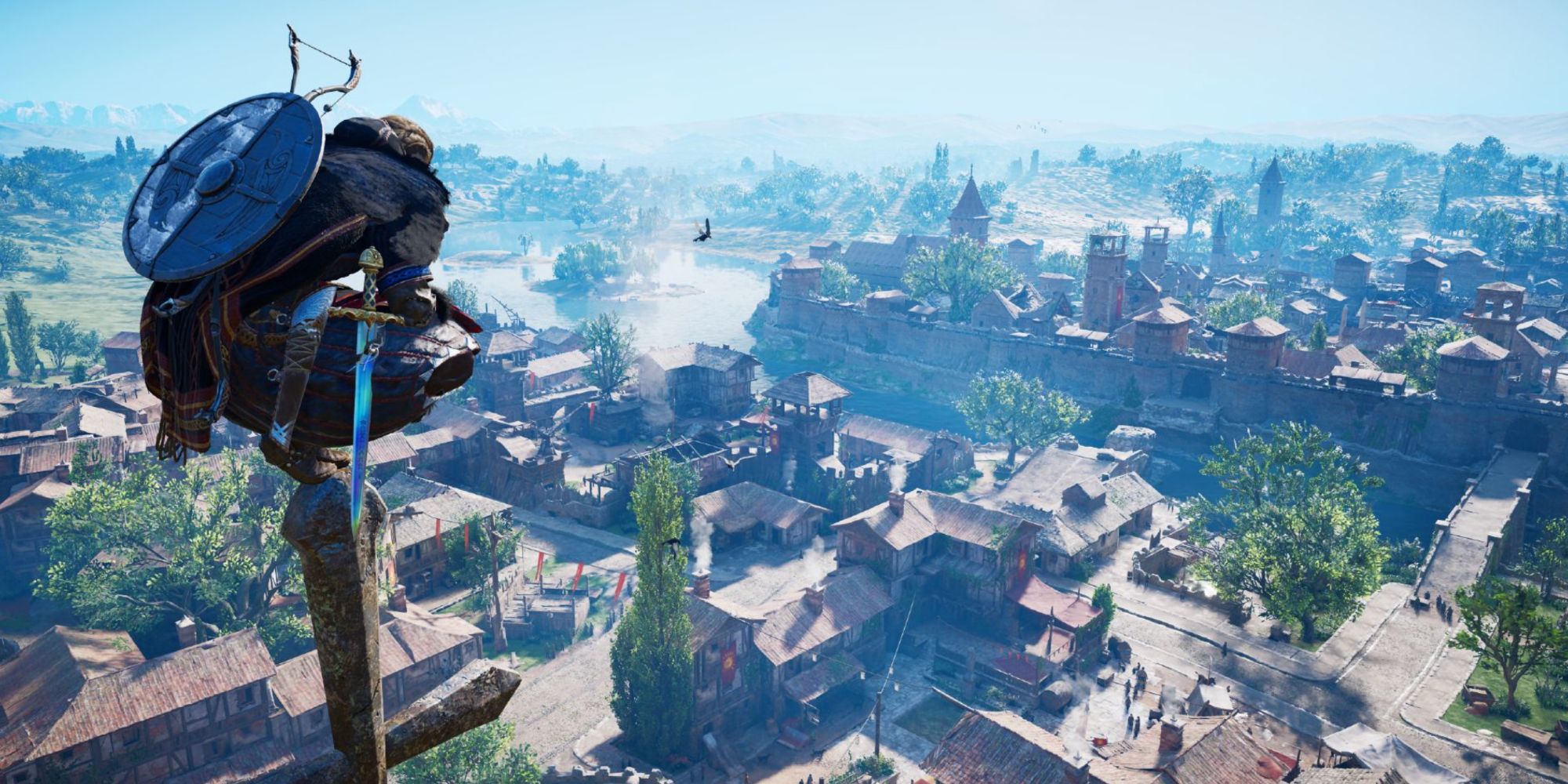 Assassin’s Creed Valhalla’s The Siege of Paris DLC takes place within a markedly different Paris than we’re used to. As with the rest of the game, you won’t see many familiar sites or recognisable landmarks as you’ll spend all of your time fighting, questing and exploring as a 9th-century Viking.

After being embroiled in a plot for revenge against the mad King Charles, Eivor travels to Francia to explore the rich countryside and seedy underbelly of the city. Unlike much of the base game, Paris in 885 AD is much more vertical and densely packed. It echoes the exhilarating parkour from the series’ humble beginnings as it allows you to climb and jump between rooftops in a version of Paris you don’t often get to see in popular entertainment. 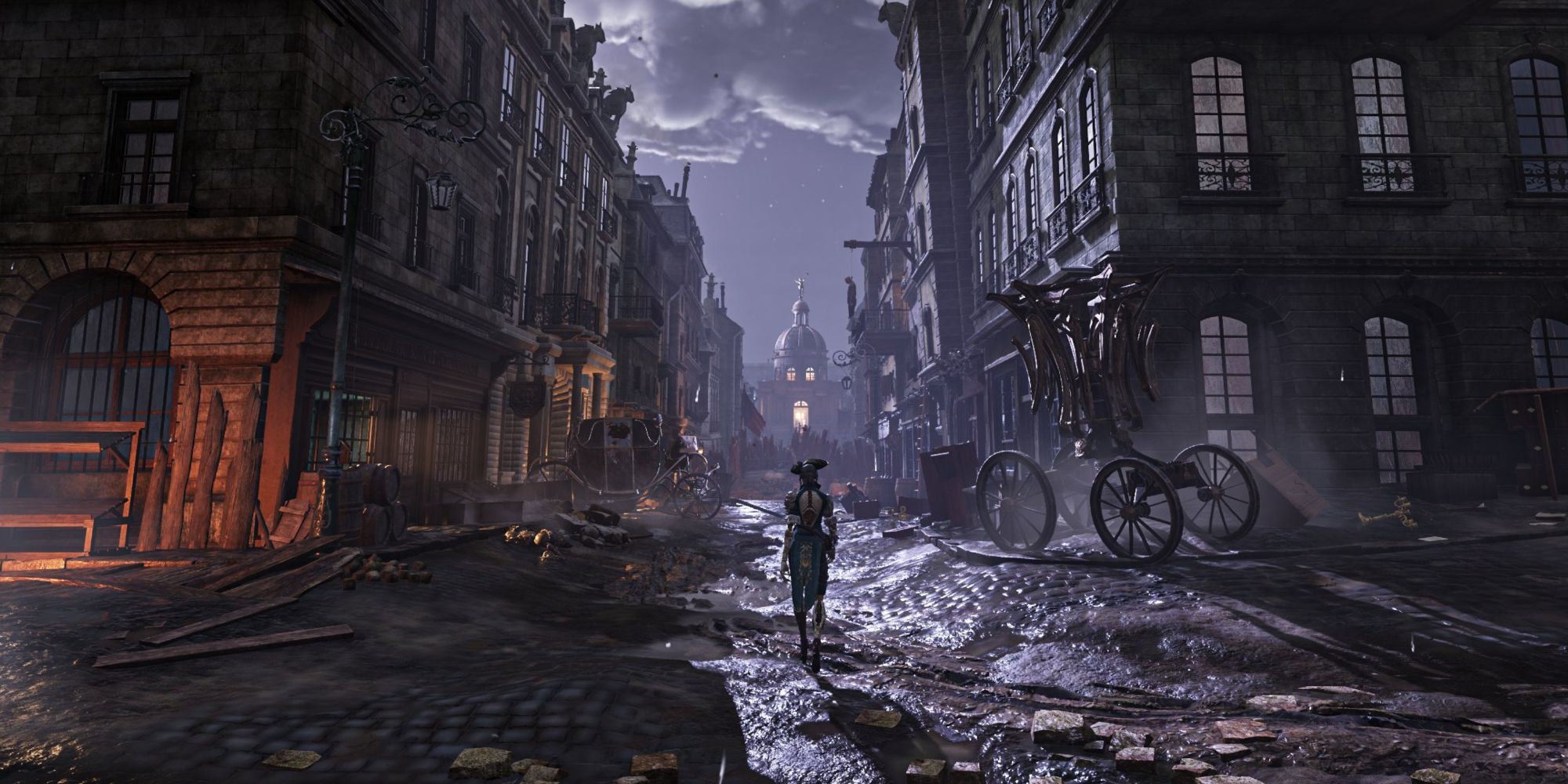 The 18th Century French Revolution backdrop of Steelrising’s gloomy steampunk-inspired Paris provides a great setting for the game’s methodical Soulslike combat. The city is filled with mechanical automatons who are dead-set on ruining your day as you dodge your way through the burning, corpse-infested streets.

It’s a unique alternate version of the city that contains a variety of mechanical foes to try your hand at defeating. As is true of any self-respecting Soulslike, there are many paths, corridors, and secret passages to take as you navigate through the waves of difficult enemies. You also have a trusty grapple hook, which adds a dimension of verticality to exploring the smouldering ashes of the once-powerful metropolis. 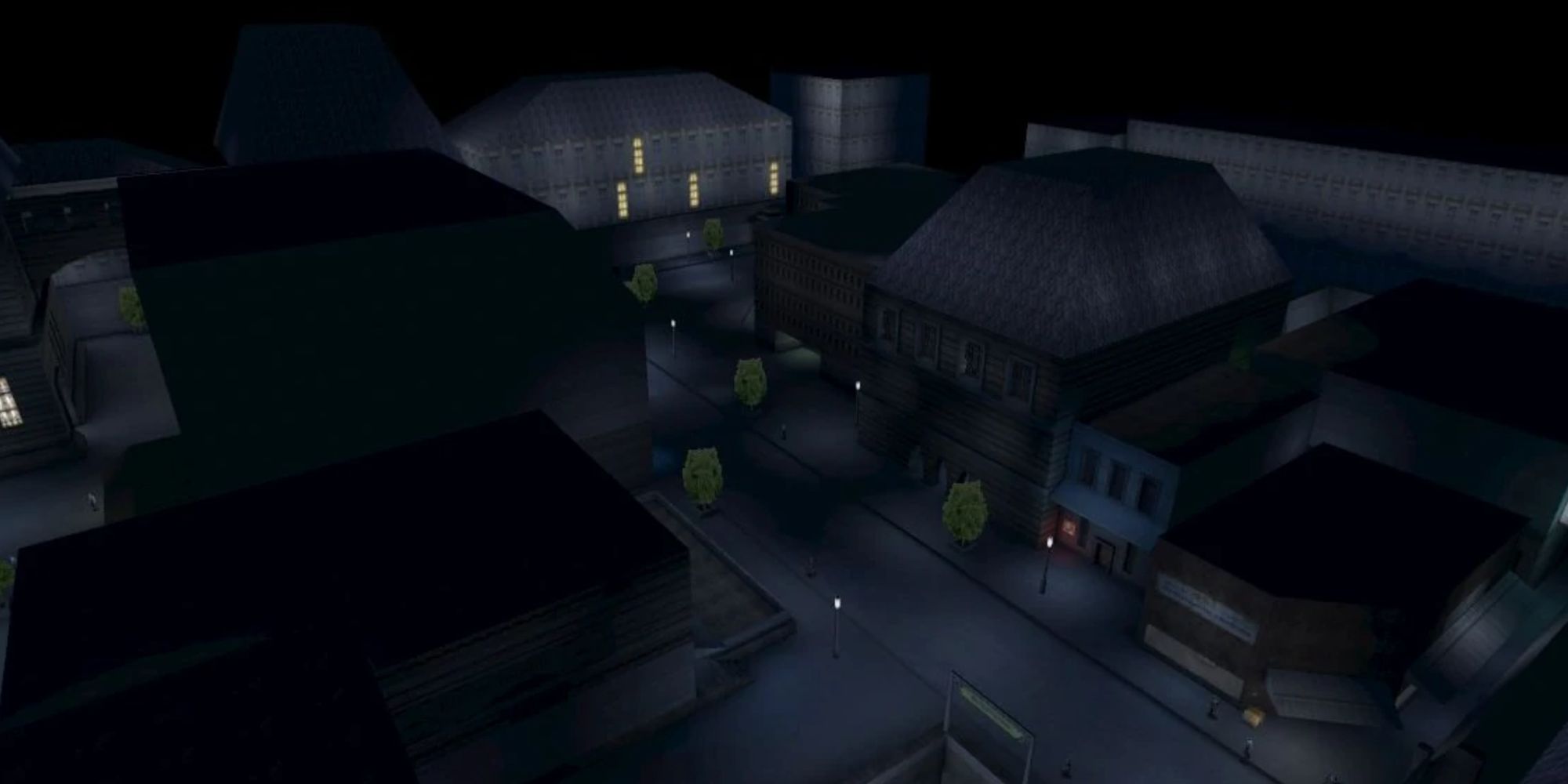 The original Deus Ex was a groundbreaking first-person RPG that featured a compelling conspiracy-loaded story and an unprecedented amount of player choice. JC Denton’s desire to get in contact with the Illuminati brings him to Paris, the most expansive part of the game.

Here you will face off against a group of troopers in the winding Paris Catacombs, before heading to the streets along the famous Champs-Élysées. You can peruse the wares of some of Paris’ finest stores before stopping off at the Chateau DuClare and then head through the sewers to reach an ancient Parisian Cathedral for a spot of computer hacking. All in a day's work. 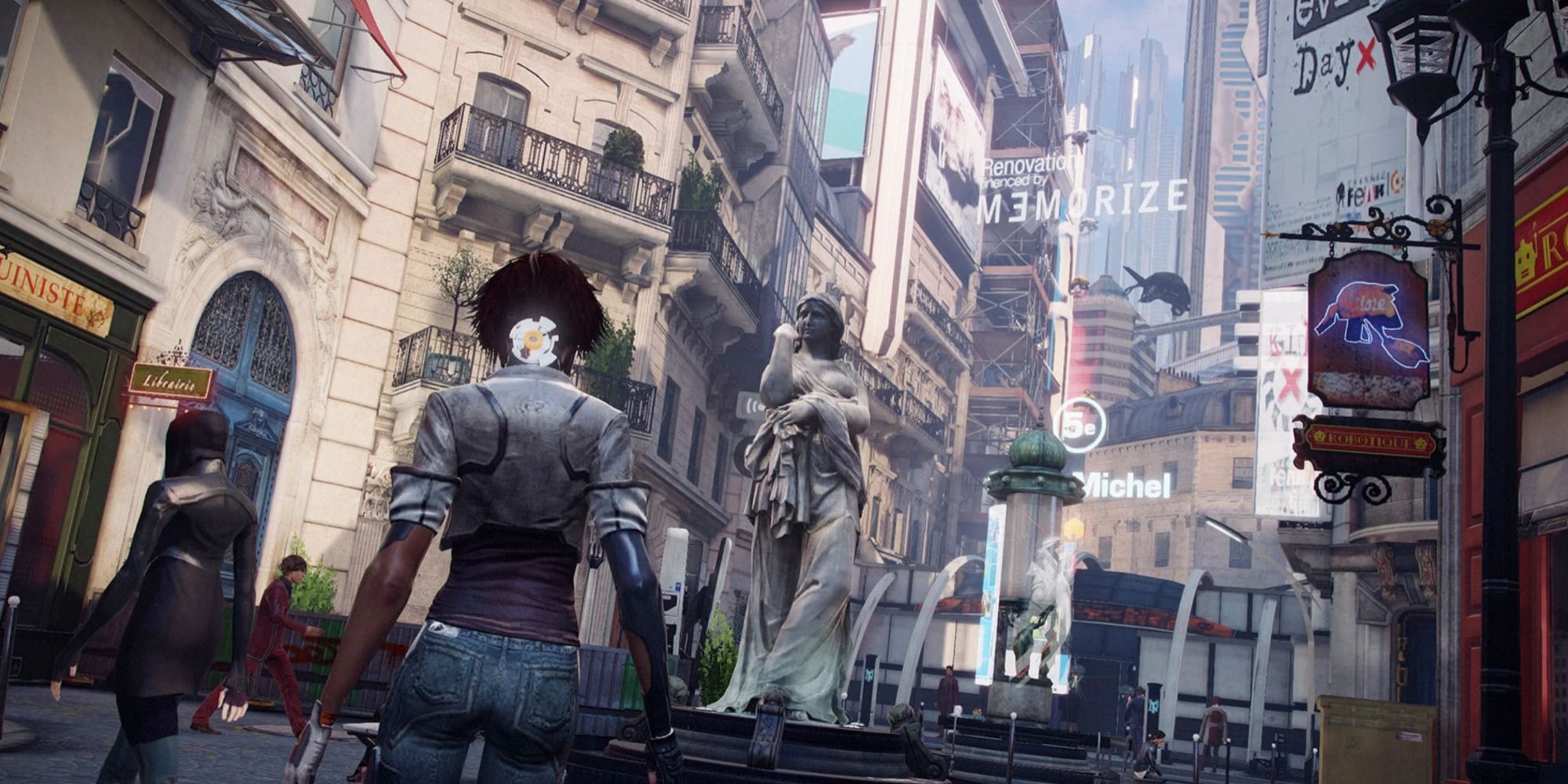 The fantastically futuristic cyberpunk setting of Neo-Paris in Remember Me is perhaps one of the game’s best and most memorable assets. It’s a third-person action-adventure set in a dystopian future where memory itself has become a commodity to be sold and traded off.

It’s all very Blade Runner-esque, with quaint cafés and well-dressed robots littering the skyscraper-filled streets. Neo-Paris is a sight to behold and really makes this a believable dystopian world. It’s a shame that the game’s linear design and lacklustre combat left a lot to be desired, but the fun parkour mechanics and unique narrative make this world worth exploring. 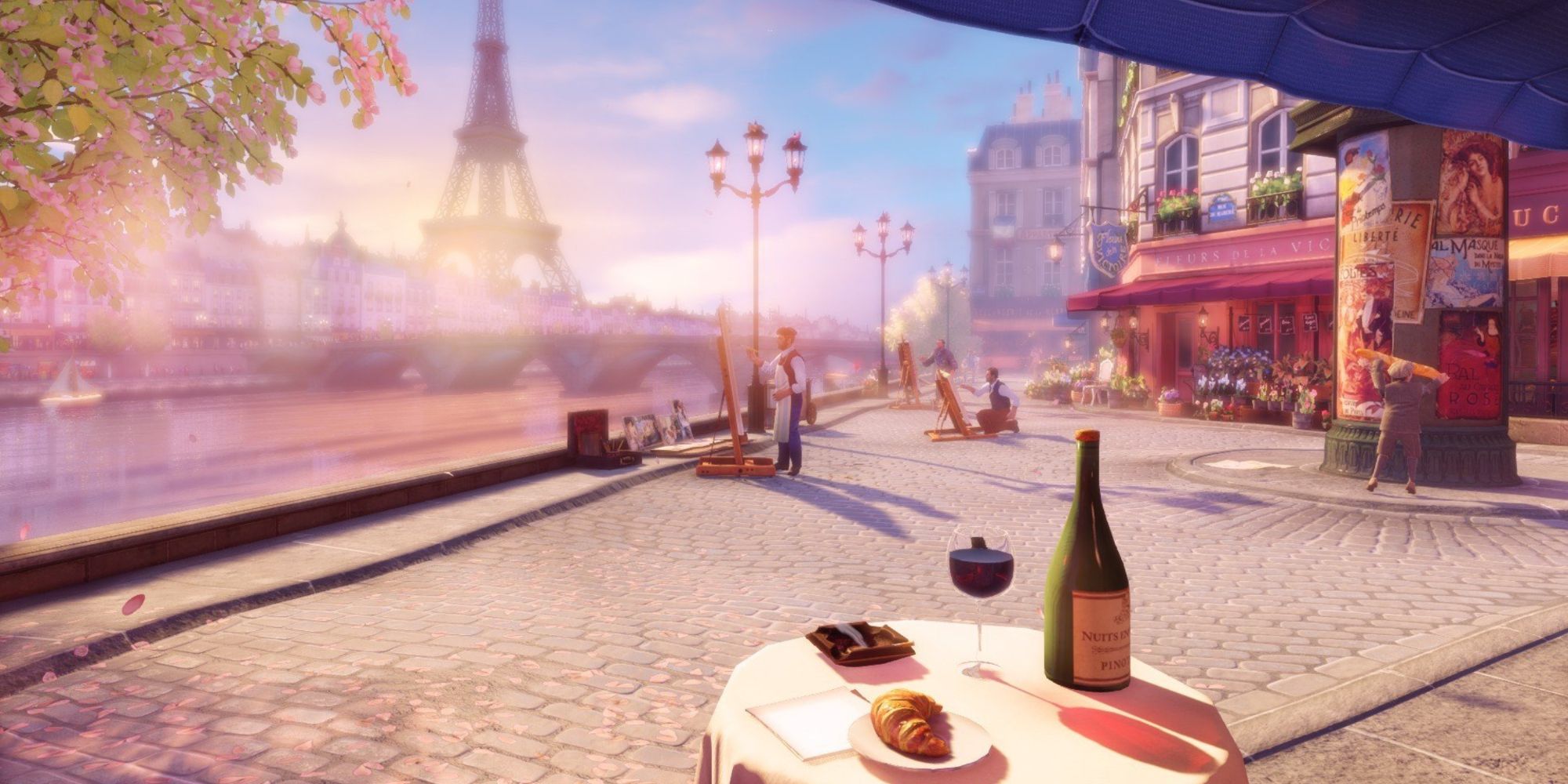 Paris plays an important role throughout the events of Bioshock: Infinite, as Elizabeth’s obsession with the city was fuelled by the Parisian fashion, art, literature, and architecture surrounding her when she was held captive in her tower.

In Infinite’s Burial At Sea DLC, Elizabeth’s infatuation with the city is fully explored, as you find yourself within her idealised and rose-tinted dream version of Paris. You’ll stumble upon famous French artists and patrons painting the Eiffel Tower along the scenic river Seine, before passing by delightful eateries and a charming little bookstore. The colours are beautiful and vibrant, though things soon turn nightmarish as the city becomes increasingly darker and more sinister. 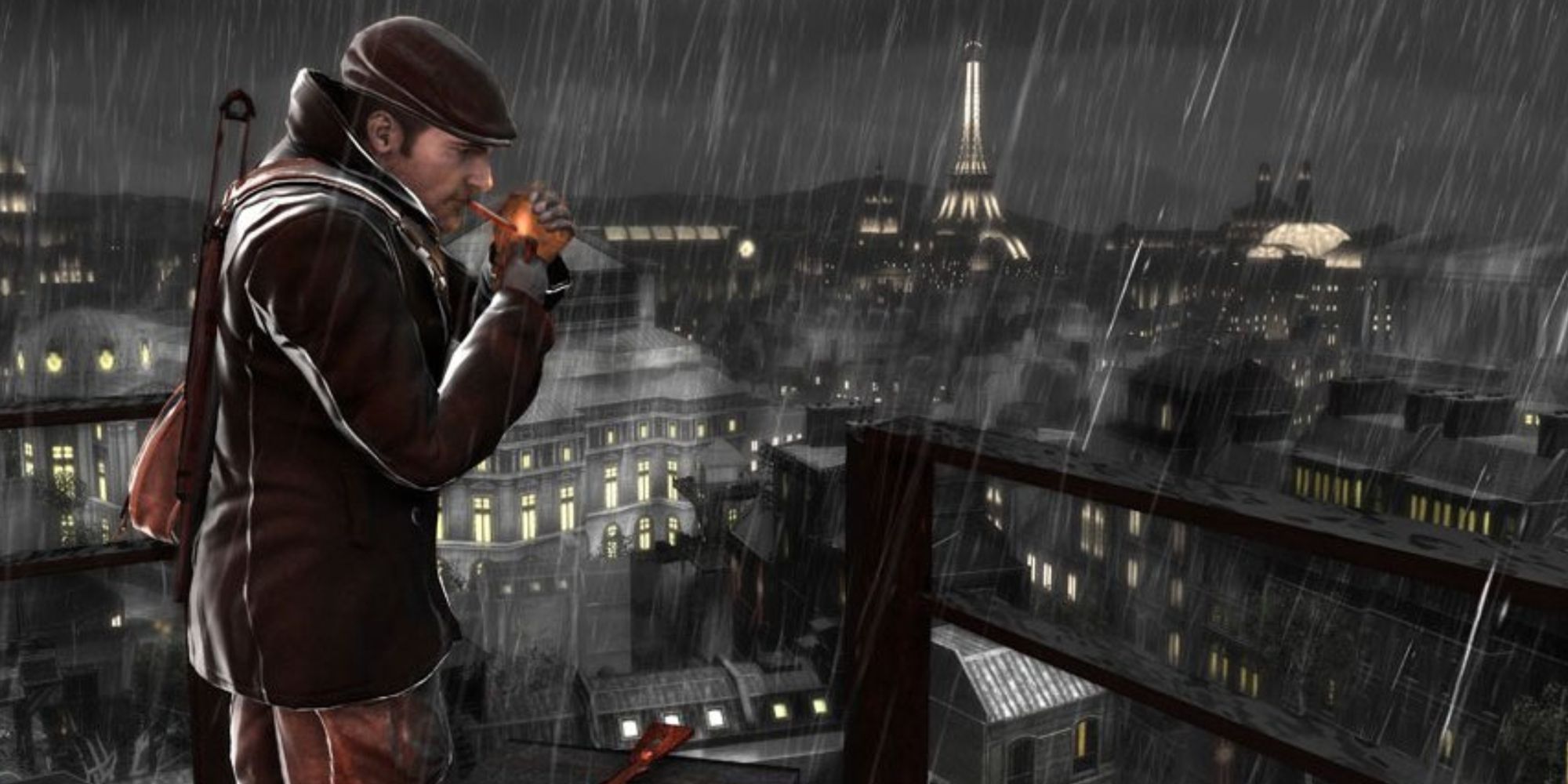 Paris in The Saboteur is set in a Nazi Germany-occupied World War II-era version of the city, which itself is in a black and white hue. Other than the commanding deep red of the Nazi flags or the blood spilled during combat, the game is completely void of any colour or vibrancy. You have the ability to restore colour to each district after liberating it from Nazi control.

Paris is vast and faithfully recreated, with all the famous landmarks you’d expect. It can be a little unsettling to witness the Notre Dame and the Arc de Triomph under the Nazi regime, but it gives the player even more motivation to take the power back and regain control of the beloved city. 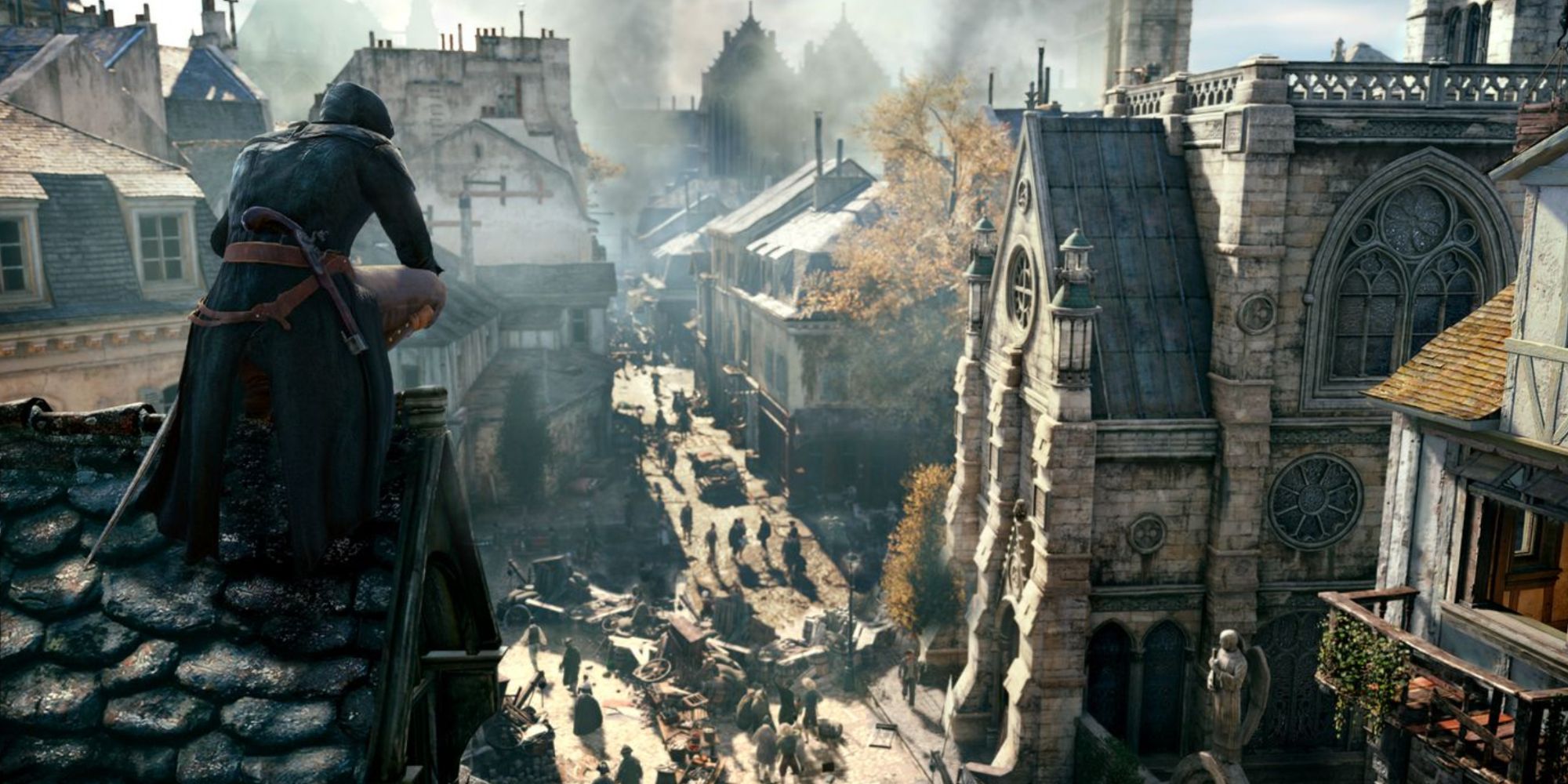 Assassin’s Creed: Unity was the series’ last ‘traditional’ Creed game that had all the close rooftops to climb and jump between you could possibly ever want. The game’s sprawling and densely packed late 18th Century version of Paris is lovingly recreated in a staggeringly impressive near 1:1 scale, and it’s utterly gorgeous.

It’s all here – the gritty and bloody portrayal of the worst days of the French Revolution, some wonderfully crafted and faithful recreations of Paris’ most beloved landmarks, and an entirely revamped parkour system that sees the main protagonist Arno back eject and wall run with the best of them. There’s even a mission where you climb the Eiffel Tower set in a war-torn Paris in 1944, with a fighter plane shooting at you with heavy machine guns. The game may not have had it all, but it was certainly very close.