Code Vein is a soulslike RPG that follows the protagonist’s goal to unravel the mysteries of the Revenants that have become commonplace in the universe. Each character is a master at weapon arts, and they can conjure a powerful Blood Veil to increase their damage potential.

As powerful as Revenants are in Code Vein, they never sacrifice fashion for function. It seems that everyone in this universe is ready to attend a gala or ball at any time. Here is a list of the best-dressed NPCs, and the best outfits available to players. 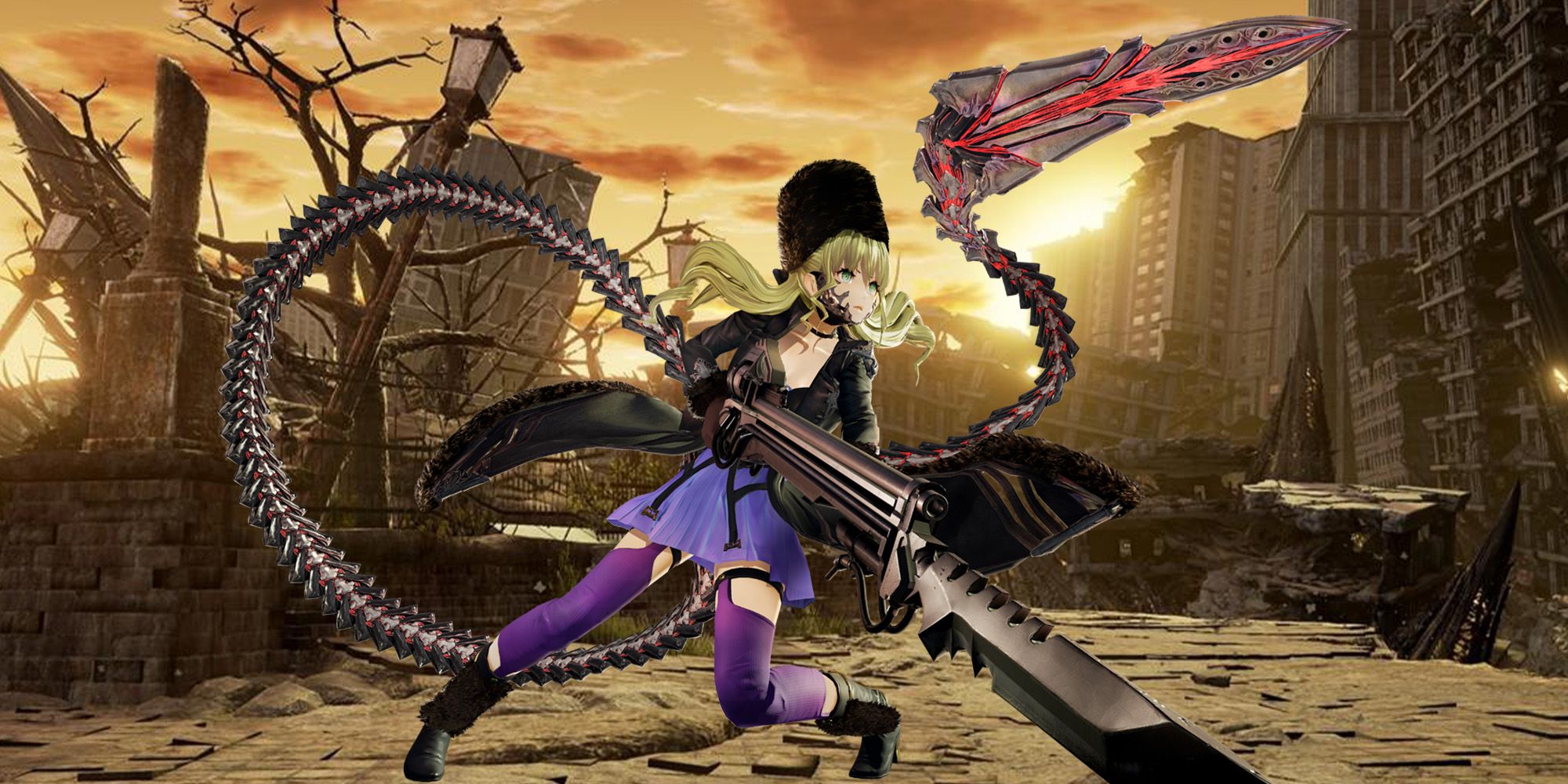 Mia Karnstein has a bold and iconic wardrobe. She looks like she has just walked off the runway of a high fashion Russian exhibition. Your eye is probably first drawn to Mia’s absurdly tall ushanka hat. It certainly makes her stand out in a crowd.

Being undead has its benefits. In Mia’s case, it means that she cannot experience the cold. She takes full advantage of this by accessorizing with a traditional Russian-style hat and coat. Beneath this, she looks like she is ready to take a stroll on a balmy summer evening in the tropics. 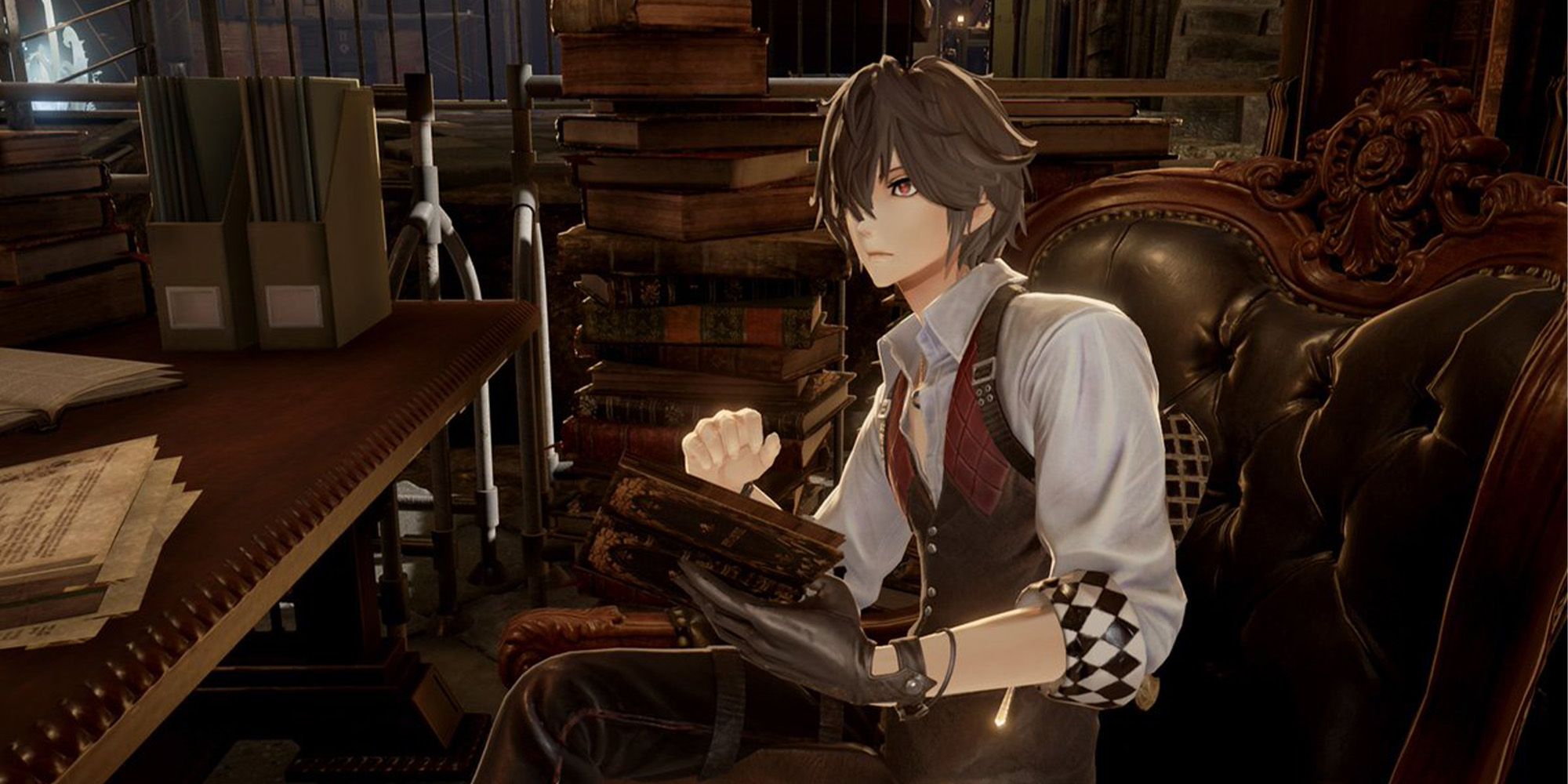 Louis takes advantage of the classic red and black palette that serves so many outfits so well. Louis is decked out in a black vest over a white button-up. His lower half is clad in black jeans. He caps this look off with some high boots that buckle up.

Louis has a business upfront, party in the back kind of look going on. His look works so well because it can be used to walk into the office, and then go immediately to the skate park, and he would not look out of place in either place. 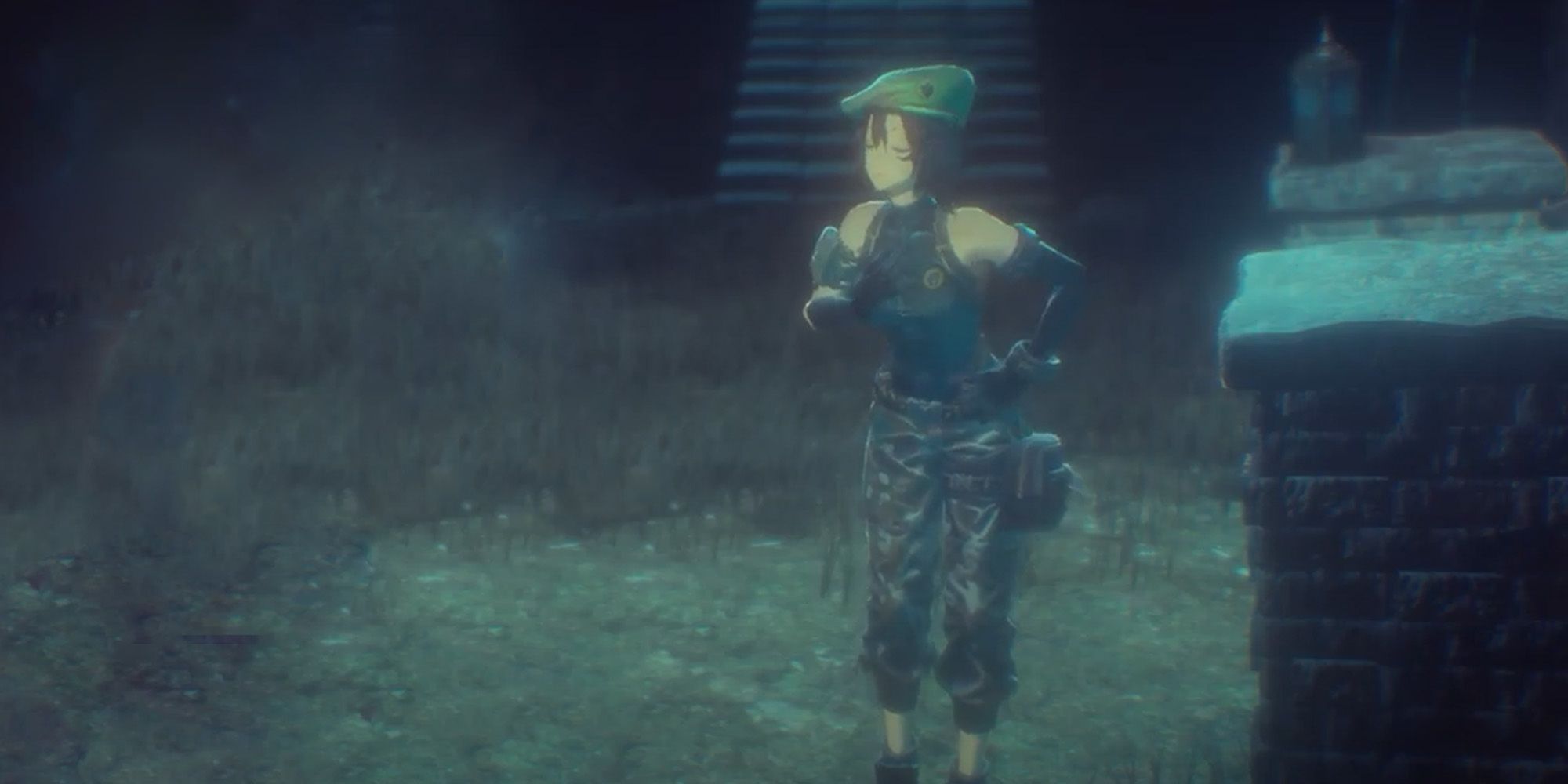 Emily Su takes the rigid uniform of a soldier and makes it comfortable and fashionable. It seems that her costume design takes elements from both Chun-Li from Street Fighter and Sonya Blade of Mortal Kombat.

She wears a bright green beret that really draws the eye. Her top is a deep blue which compliments the beret well making both colors stand out individually while not overtaking the other. The top also has a few gold accents that really make it pop. The straps around her torso also give off a utilitarian feel where, although she may be comfortable, she is always ready to jump into action. 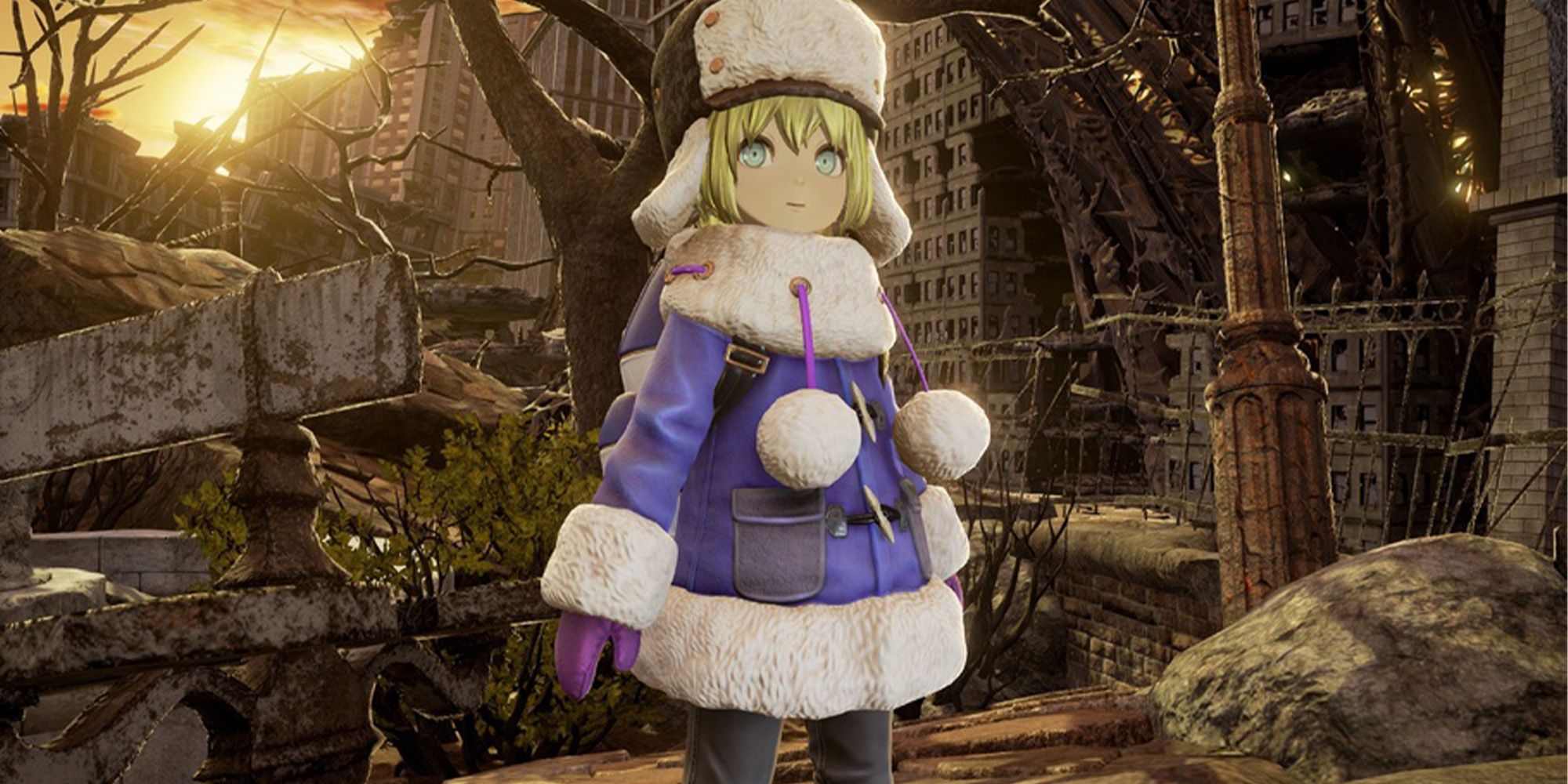 It seems that fashion runs in the blood of the Karstein family. Or maybe it runs somewhere else because of the lack of blood? Either way, Nicola gives his sister a run for her money in the clothing department.

Nicola is actually a deadly vampire despite his childish appearance. His outfit is honestly ingenious, as it incorporates soft colors, many puffballs and, fur trim. He looks like a little stuffed animal, and this can work in his favor to throw enemies off guard or even to draw in prey. 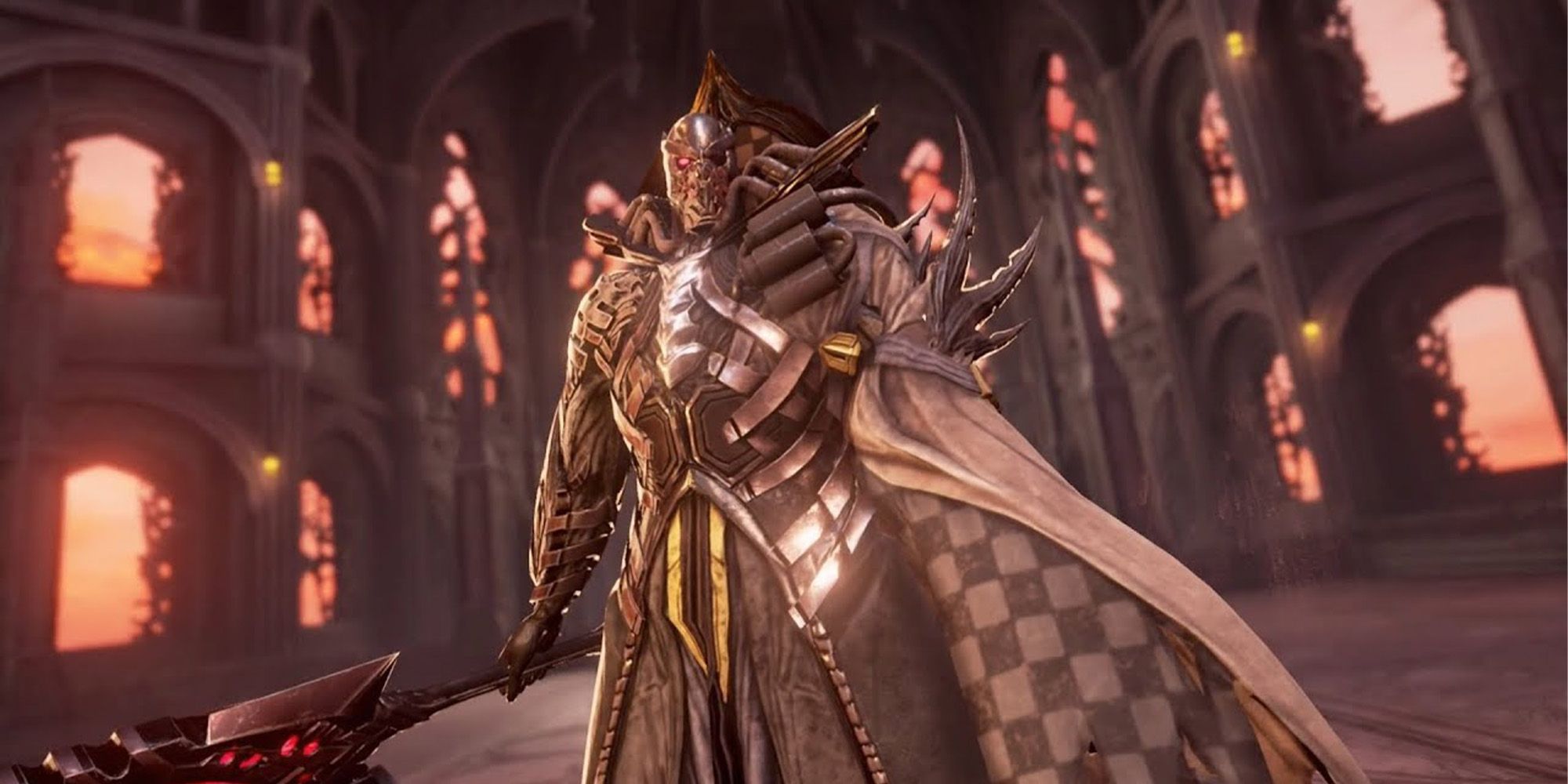 Juzo Mido is someone you would never want to run into in a dark alley. Or anywhere you are on his bad side for that manner. Juzo looks like a Brotherhood of Steel applicant who was turned away because he intimidated them.

Juzo models his armor off of a medieval knight with steampunk elements incorporated. The armor and the pipes serve to make him look bigger and bulkier. His mask ensures he can stare into your soul without ever blinking. All that said, we are sure that despite his cold steel exterior, there is a warm gooey center to this big baddie. 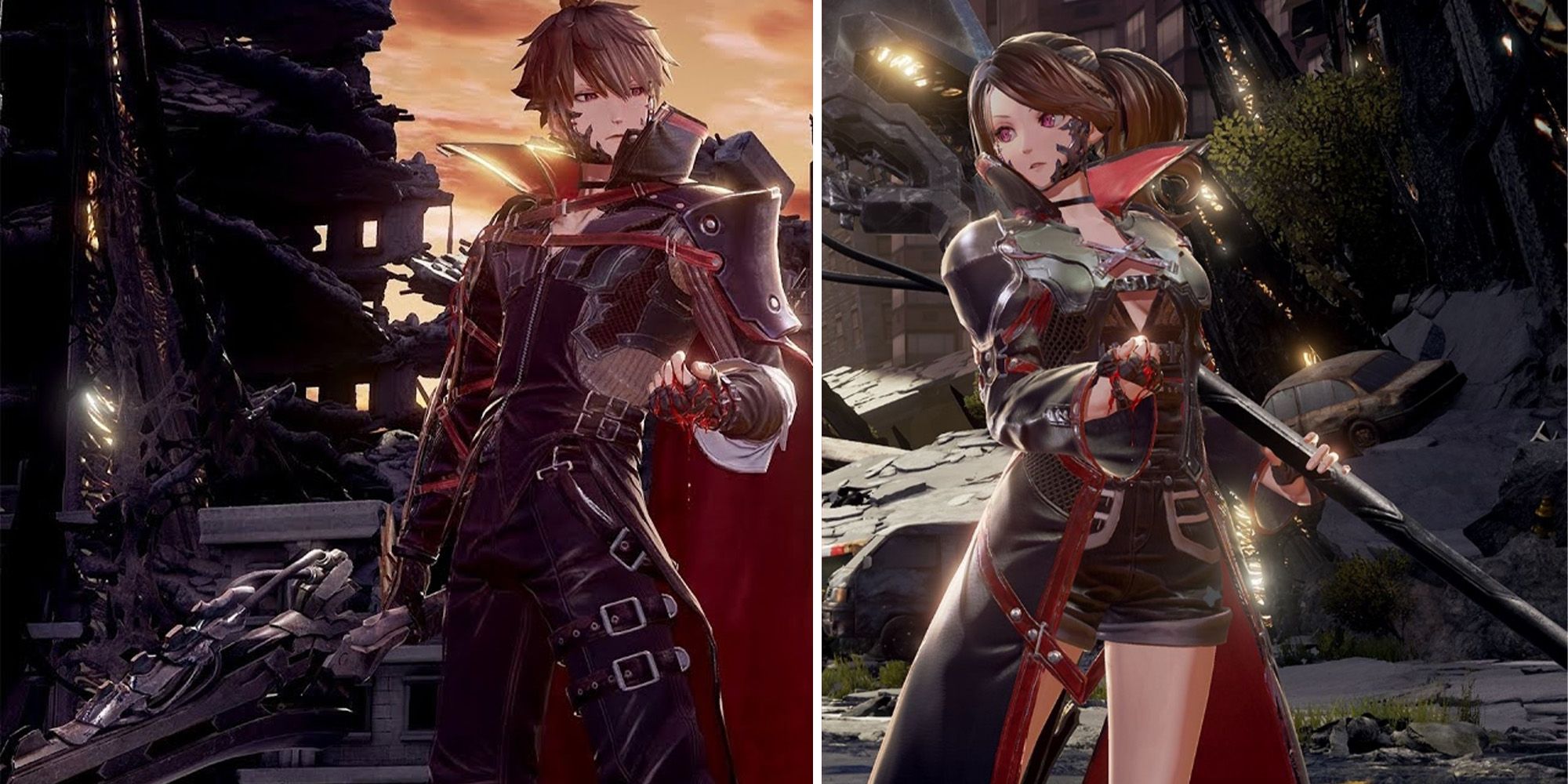 Code Vein allows the player to customize their clothing. They range from awesome to absurd, but one outfit is what would be considered the default. Think of the kind of outfit you would expect to be featured on the box art for the game.

Pictured above, the outfit consists of a long leather trench coat, dappled with belts and buckles. The collar is popped extremely high, and the outfit has highlights of red. The whole garment is gender-neutral and gives off big “Vlad Dracula meets Blade” vibes. 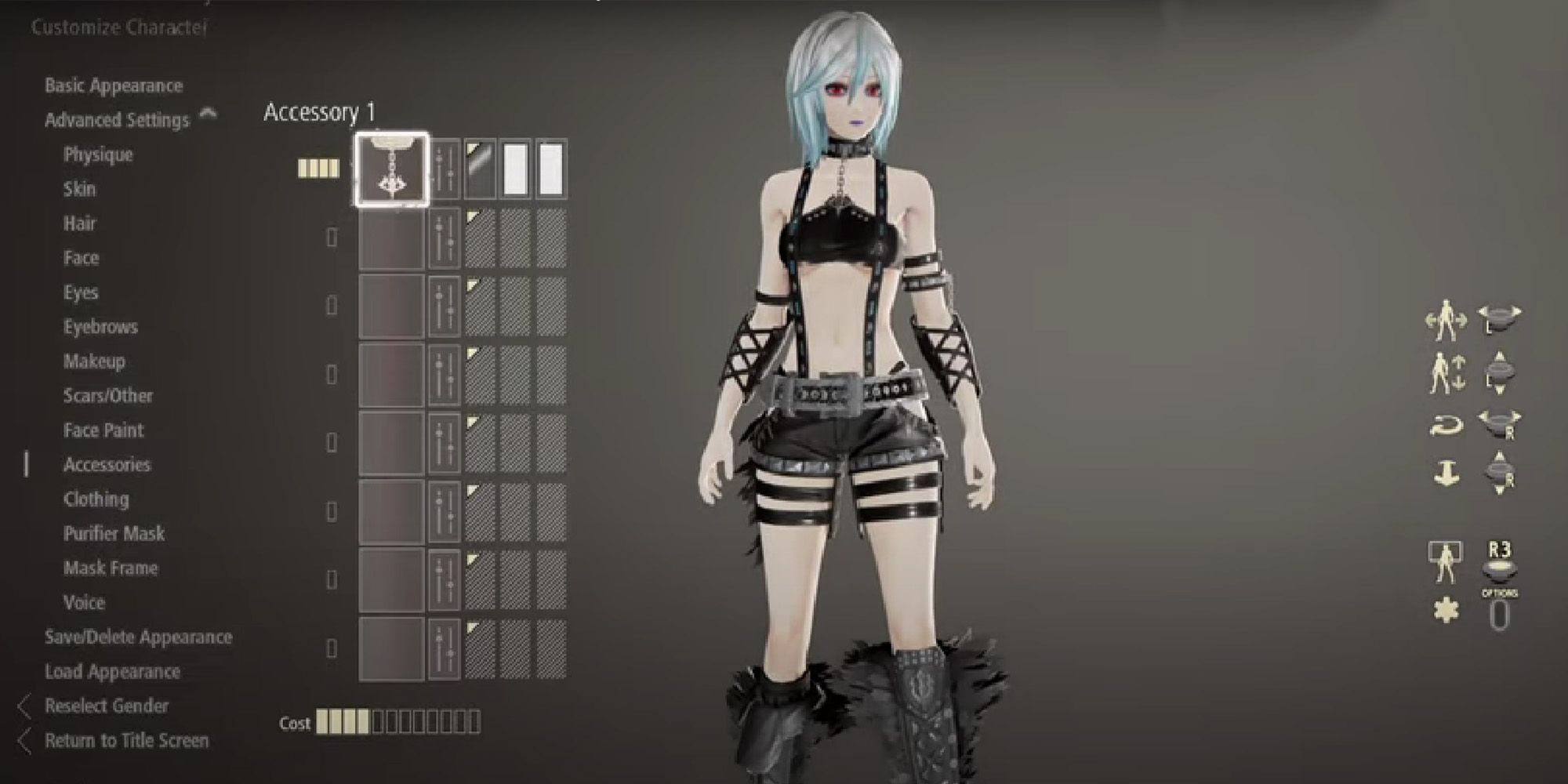 Speaking of absurd, check out this… bold outfit. Complete with bando and booty shorts, this look takes no prisoners. Available only to female characters (naturally), this fit looks like it just walked out of a car repair shop in Final Fantasy XV.

Though fashionable, some would argue that fighting monsters would require more clothing to cover the body instead of less. Players who choose this outfit would say that nothing outweighs a good look, and they want to wear suspenders while kicking butt. 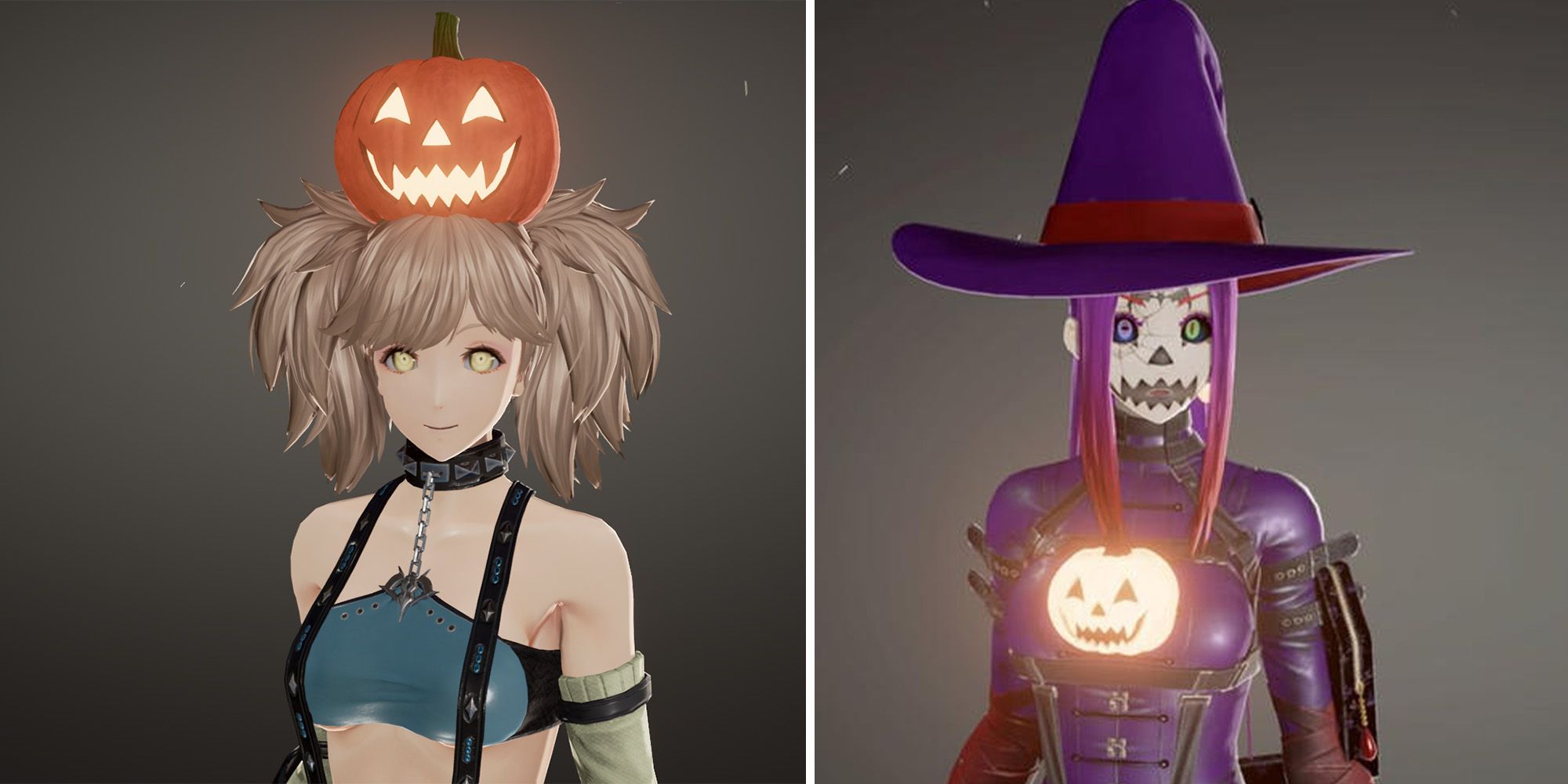 Code Vein’s Halloween update gave players access to new makeup, hats, and other accessories. One of the most iconic by far was the pumpkin head topper. Ridiculous but very cute, this little accessory has a ton of utility.

We have pictured above a few of the different ways the pumpkin accessory can be used to great effect. It can be placed over the player's head to create a headless horseman effect, near the chest to look like a necklace accessory and it can even be placed on your back, so you will always have a reassuring smile staring back at you. The pumpkin can be lit, so remember that glow can always be added to any design! 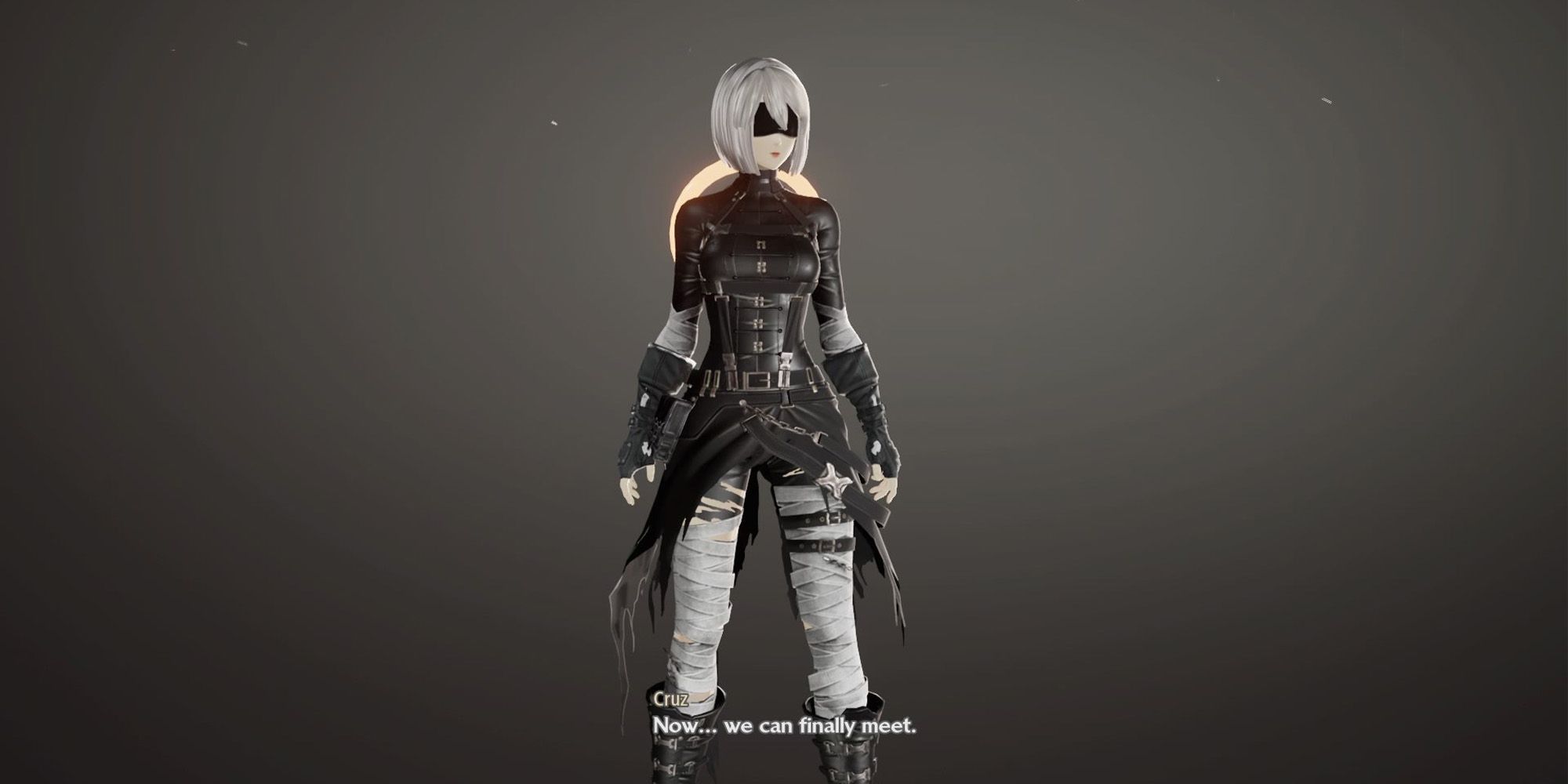 Few will ever be able to create a look more iconic than that of Nier: Automata’s 2B. As a result, all we can do is try to copy it to the best of our abilities. They say that mimicry is the sincerest form of flattery, after all.

Lucky for us, Code Vein’s character creation engine is so in-depth it has allowed players to make an almost exact replica of 2Bs outfit. From the blindfold all the way down to the black hairband, this look misses no detail. 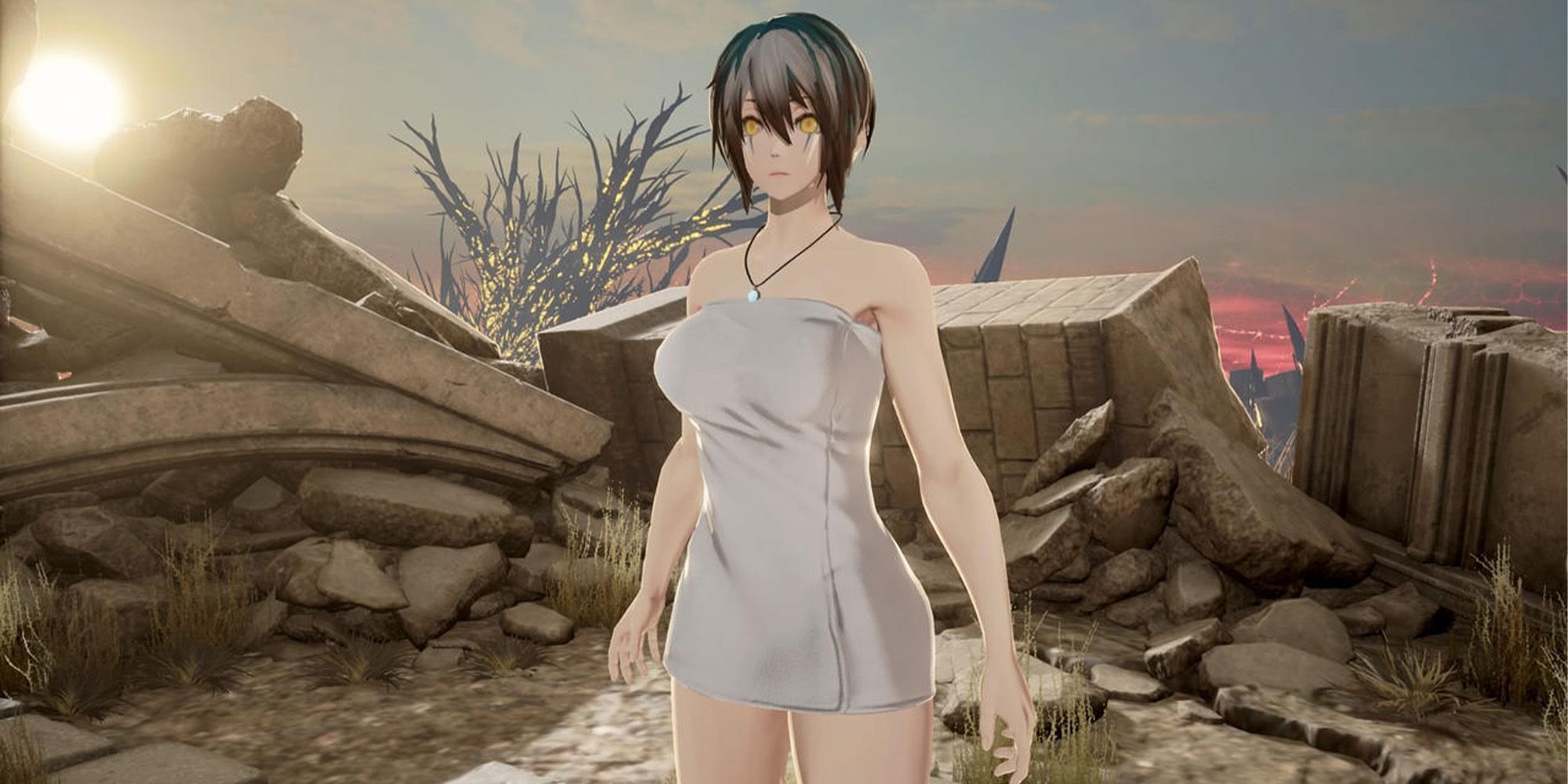 Of course, who could overlook the infamous towel? If you are a fan of campy horror movies from the '90s, this is the outfit for you.

This clothing literally wraps the most indecent parts of your character up in a shower towel and that’s it. Though impractical, it is certainly a bold fashion statement. Besides, there are few things funnier than your character pulling off crazy acrobatic stunts and felling giant bosses, while managing to tie a towel snugly enough to never fall off.