From horror to action, to adventure and resource management, fans of the Jurassic Park franchise have always had something new and exciting to sink their teeth into. Jurassic World Evolution 2 is no different, leaving a big footprint for the series with its new DLC campaign and sandbox mode for Jurassic World: Dominion.

But what does this park-building sim game have to say about its predecessors? With a deep dive into every nook and cranny, here are some things you probably missed in your playthrough.

10 The Cell Phone Joke Is Back 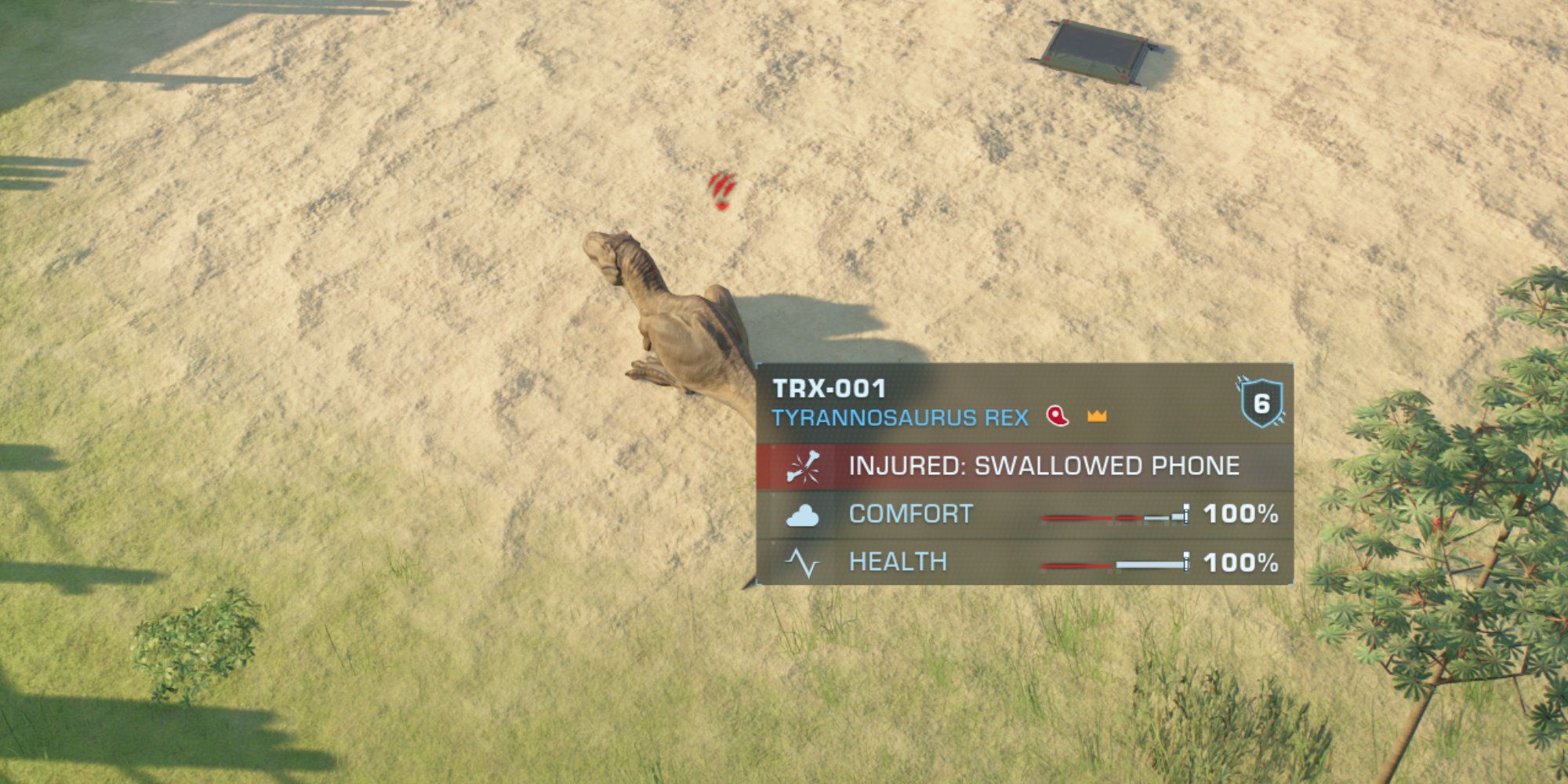 If you've watched Jurassic Park 3, you've seen the Spinosaurus snacking on M.B. Nash's still-ringing phone in the film, leading a group of dinosaur escape survivors back to Alan Grant, and the Spinosaurus itself.

The object of Jurassic World: Evolution 2 is to keep your guests happy, engaged, and safe from dinosaur attacks. It doesn't always happen this way, though, and sometimes you end up with a guest that looks tasty. Spinosaurus, along with a few carnivores, can sometimes be heard with a cellphone ringtone emanating from its belly after a wild park rampage.

9 Attenborough Himself, If He Was A Dinosaur 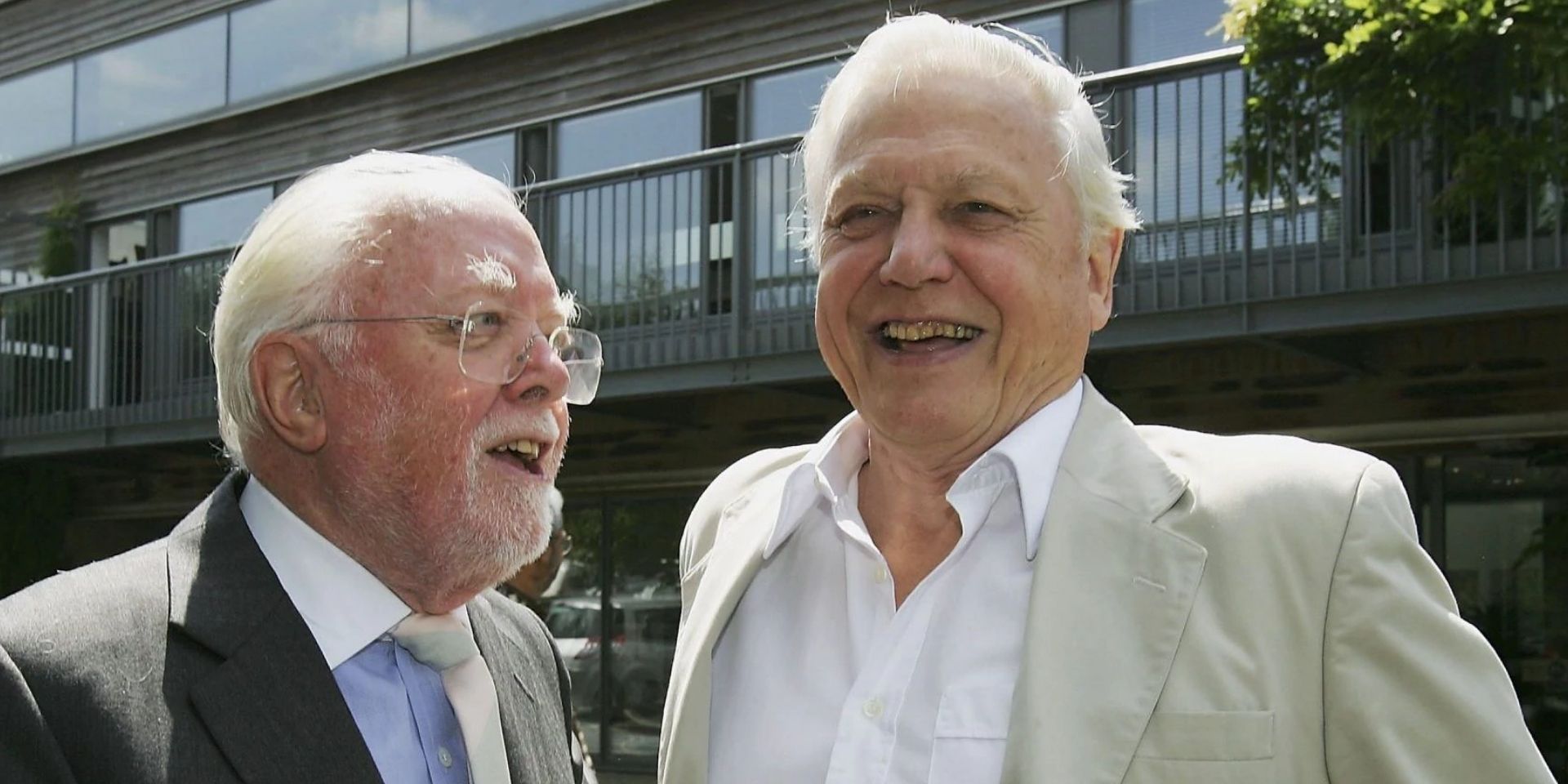 Named after nature documentarian David Attenborough, the Attenborosaurus is a fictitious nod to the man who gave us the voice behind Planet Earth and the upcoming five-part series Prehistoric Planet, along with countless other fascinating and engaging documentaries about life on our earth.

Not only that, but David is none other than the brother of the face of Jurassic Park itself: Richard Attenborough, better known as John Hammond. You'll need the deluxe version of the game to unlock this massive made-up marvel, but it's well worth it. 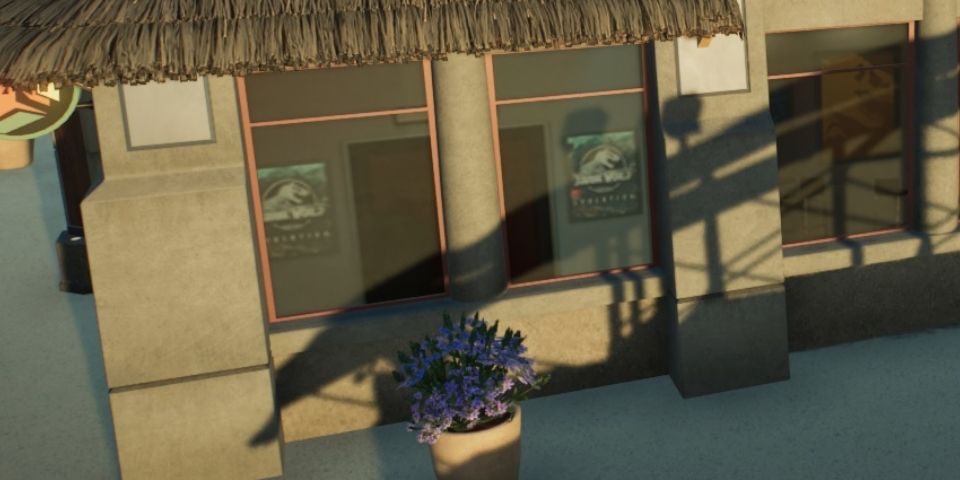 Having amenities that your guests can enjoy is a huge part of the game. You have to make sure you're adding enough non-dino-related fun and attractions to keep park-goers entertained and happy throughout their stay. This includes adding bathrooms, shops, emergency shelters, and the occasional theme park rest stops we all love like movie theaters and arcades.

If you're able to get up close to the cinema and get a good look at it, you'll notice that the movie all your park guests are watching is Jurassic World itself.

7 The Author And His Dinosaur 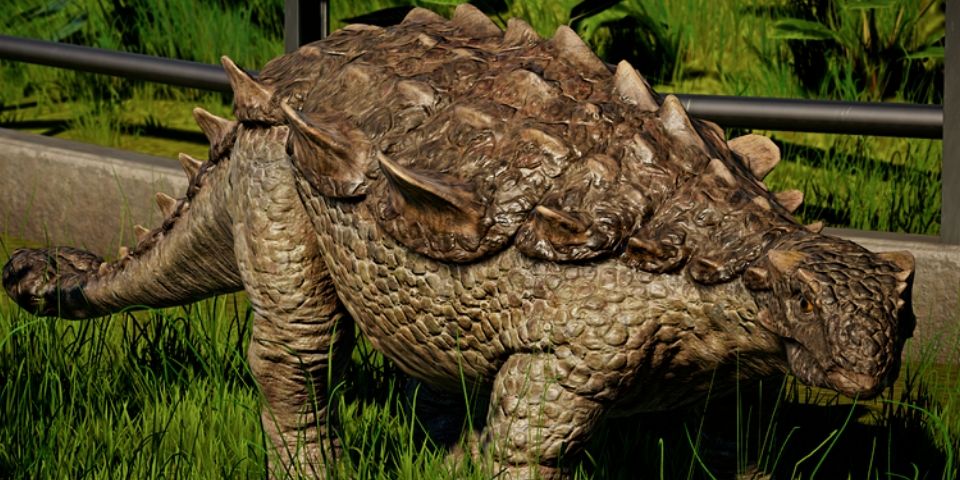 Rest assured that the developers of Jurassic World Evolution 2 didn't forget where everything came from. Michael Crichton, the author of the Jurassic Park novels, got his very own dinosaur in real life.

The Crichtonsaurus was named by Michael Crichton himself when it was discovered that this late-cretaceous creature was its very own species of ankylosaur. You can fill your park with as many of these armored herbivores as you desire, just as long as you keep them happy enough to stay inside the fence. 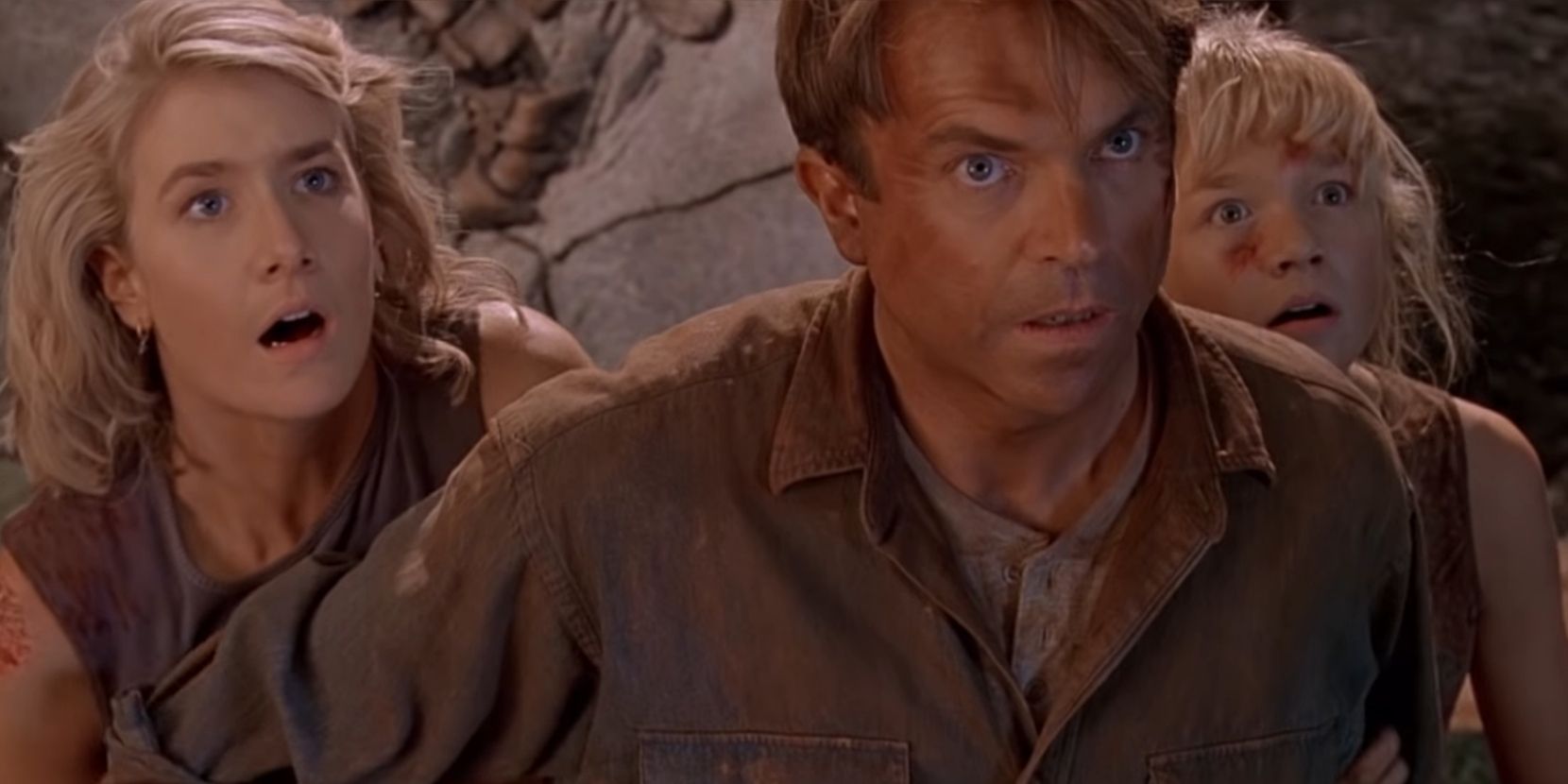 Some dinosaurs have no issue being housed with other similar species. There are others, however, who have a big problem with sharing their space. The Tyrannosaurus Rex in particular doesn't play well with others, especially the Velociraptor.

There are multiple animations featuring the two carnivores fighting it out, but one, in particular, brings back the very fight from the beginning of it all. The iconic scene of raptors swarming the T. Rex from Jurassic Park is viewable from all angles in the game, when you're not too busy cleaning up the park they wrecked on their way out. 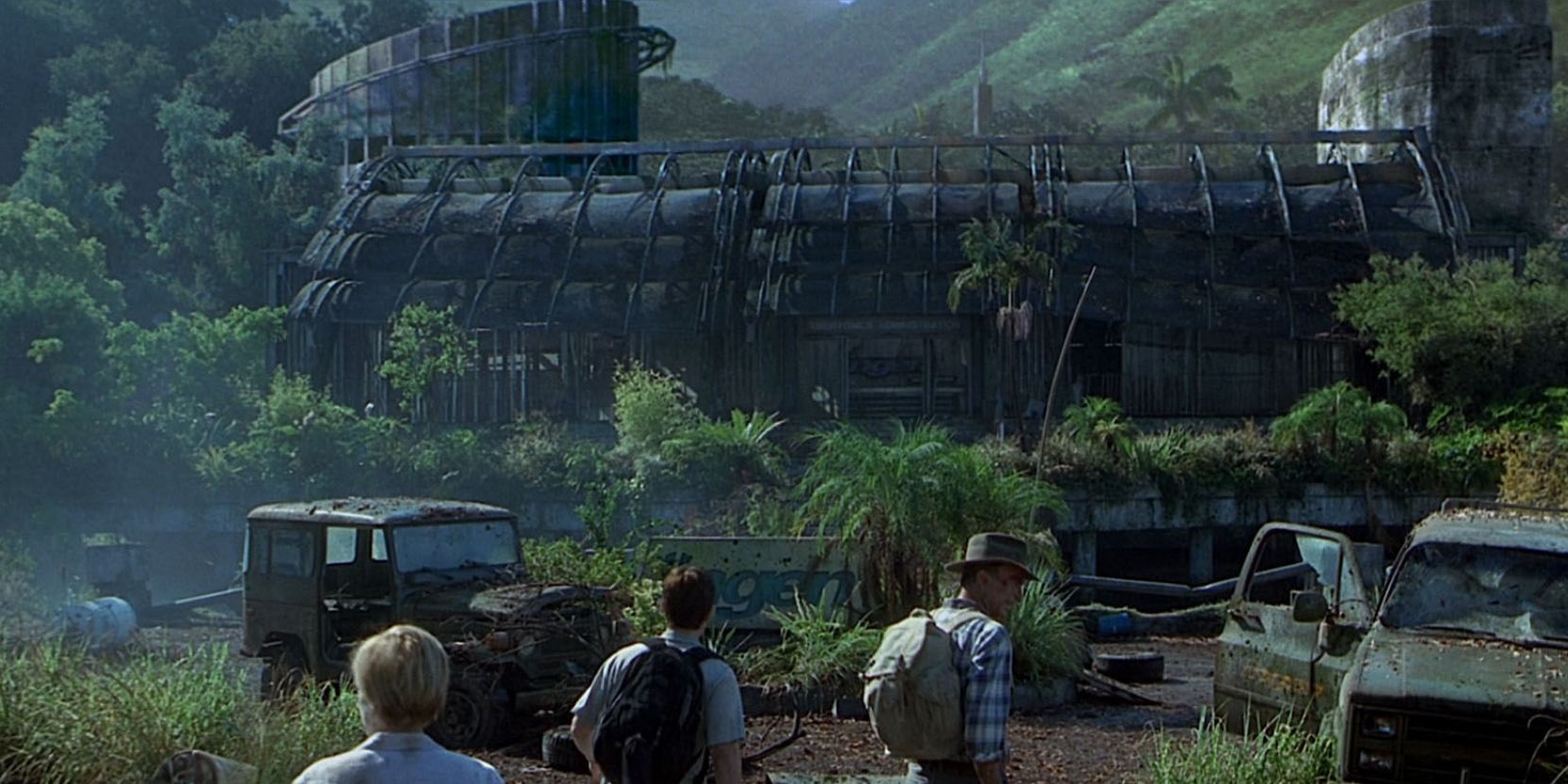 Chaos Theory is one of the most interesting game modes to play in Jurassic World Evolution 2. It allows you to revisit iconic moments from the Jurassic Park and Jurassic World movies and have a chance at changing the past, for better or for worse, depending on your park management skills.

When taking a look at Jurassic Park 3 in Chaos Theory, you can fly ever-so-slightly out of bounds to find the InGen facility lurking just in the distance, along with the aviary and landing strip from Jurassic Park 3. 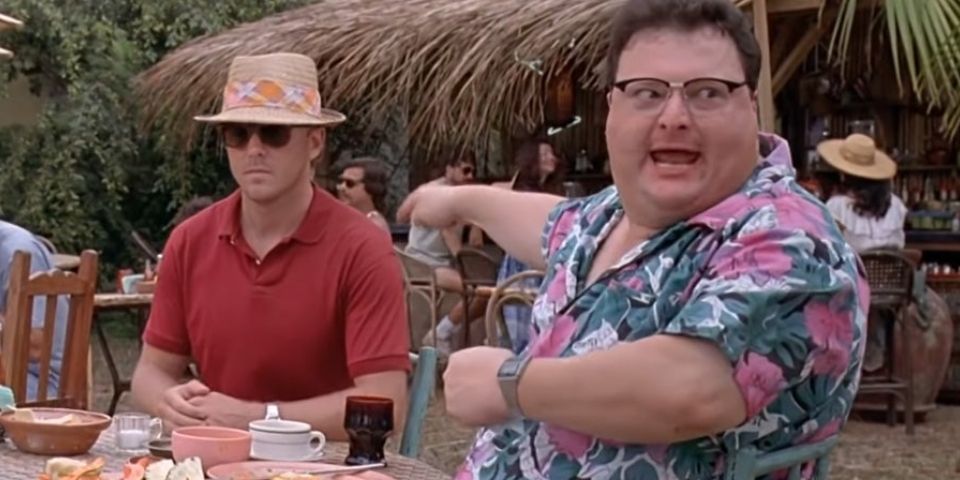 One thing fans of Jurassic World Evolution loved was the radio in the Jeeps that the ranger teams drive. You can enter control mode and drive around your own park's attractions, weaving in and out of sprinting raptors and letting the breeze blow through your hair while you crank the tunes.

One song that wasn't left out in Jurassic World Evolution 2 is Las Gaviotas, the same song that's playing in the first film when Dennis Nedry meets up with Lewis Dodgson in San Jose. 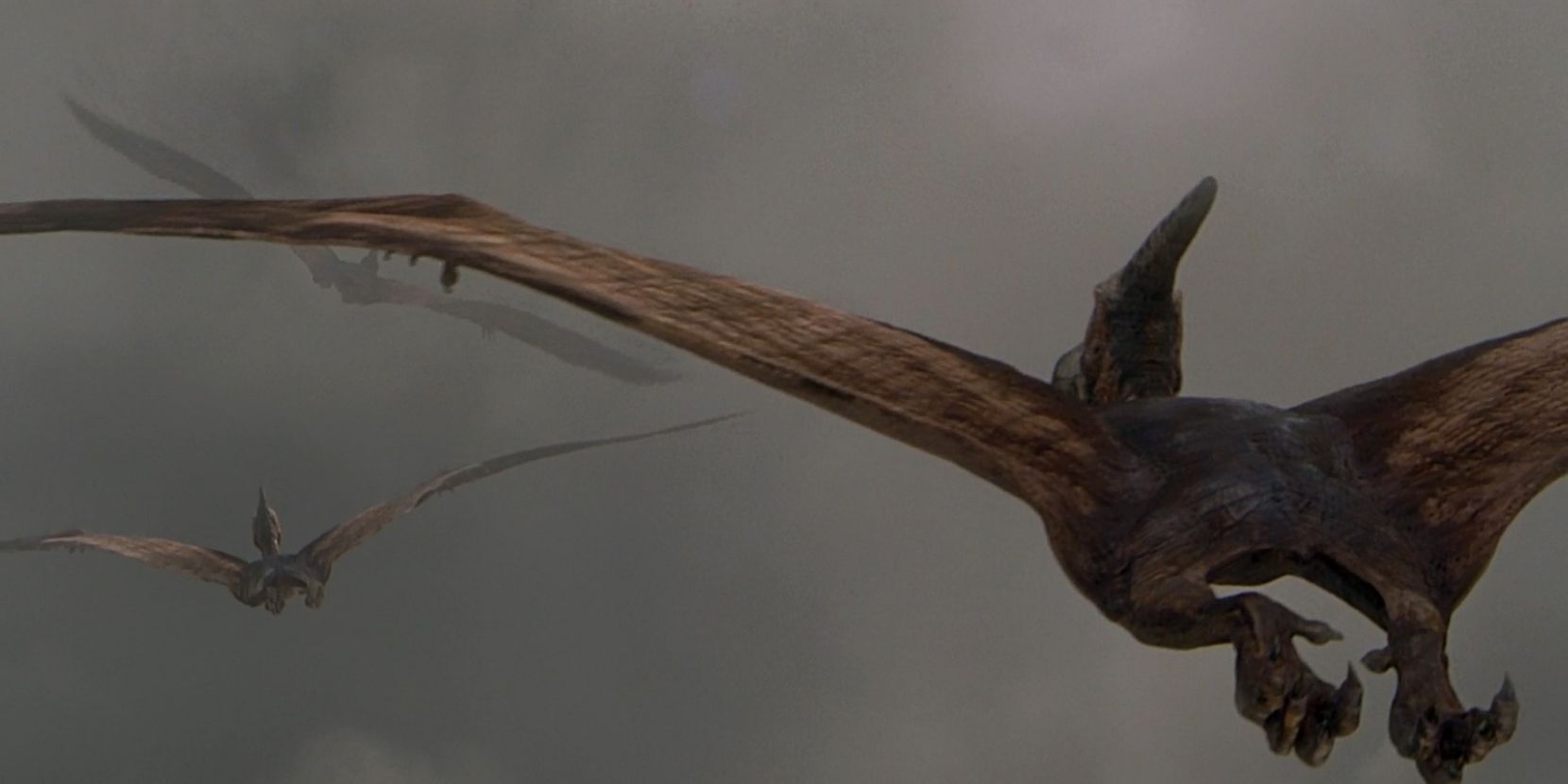 Sandbox mode in Jurassic World Evolution 2 came with a lot of overhauls and updates to the original mode, making it a more immersive and exciting experience for everyone who felt like the first entry had been lacking. The dinosaurs are more realistic, the park is a lot easier to manage, and the maps you can unlock are varied.

Messing around with the time and date doesn't do much normally, but if you head to Isla Nublar in 1993, a user on Reddit discovered that you can get up close and personal with a pack of free-roaming Pteranodon, most likely escaped thanks to Dennis Nedry's antics.

2 What Happened To Ben? 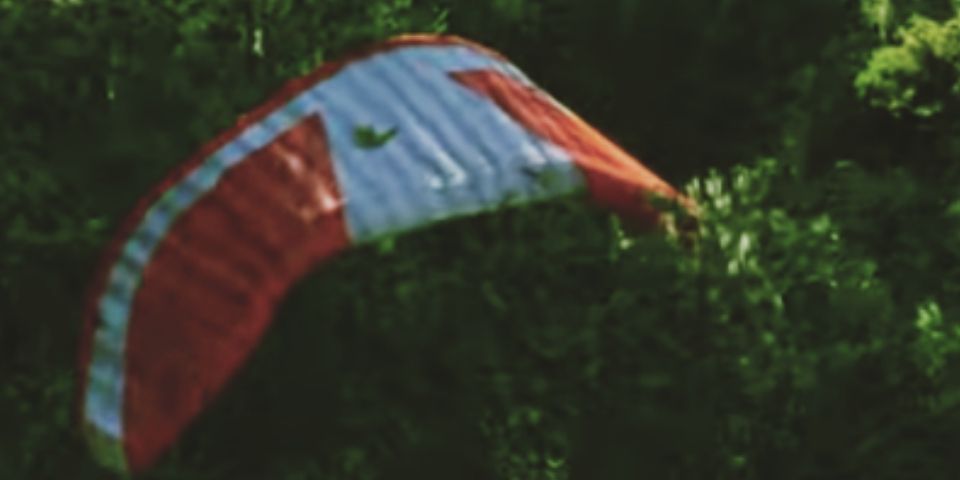 A lot of mistakes were made on Isla Sorna in Jurassic Park 3. Ben Hildebrand was everyone's favorite hero for a while, with his dashing looks and daring acts of rescue. The paraglider scene from the film is still referenced in many movies and TV shows today, but what about in Jurassic World Evolution 2?

The developers didn't forget everything Ben did for his friends and family, and you can find a suspiciously familiar-looking paraglider hanging out in the trees in the wilderness of Isla Sorna. 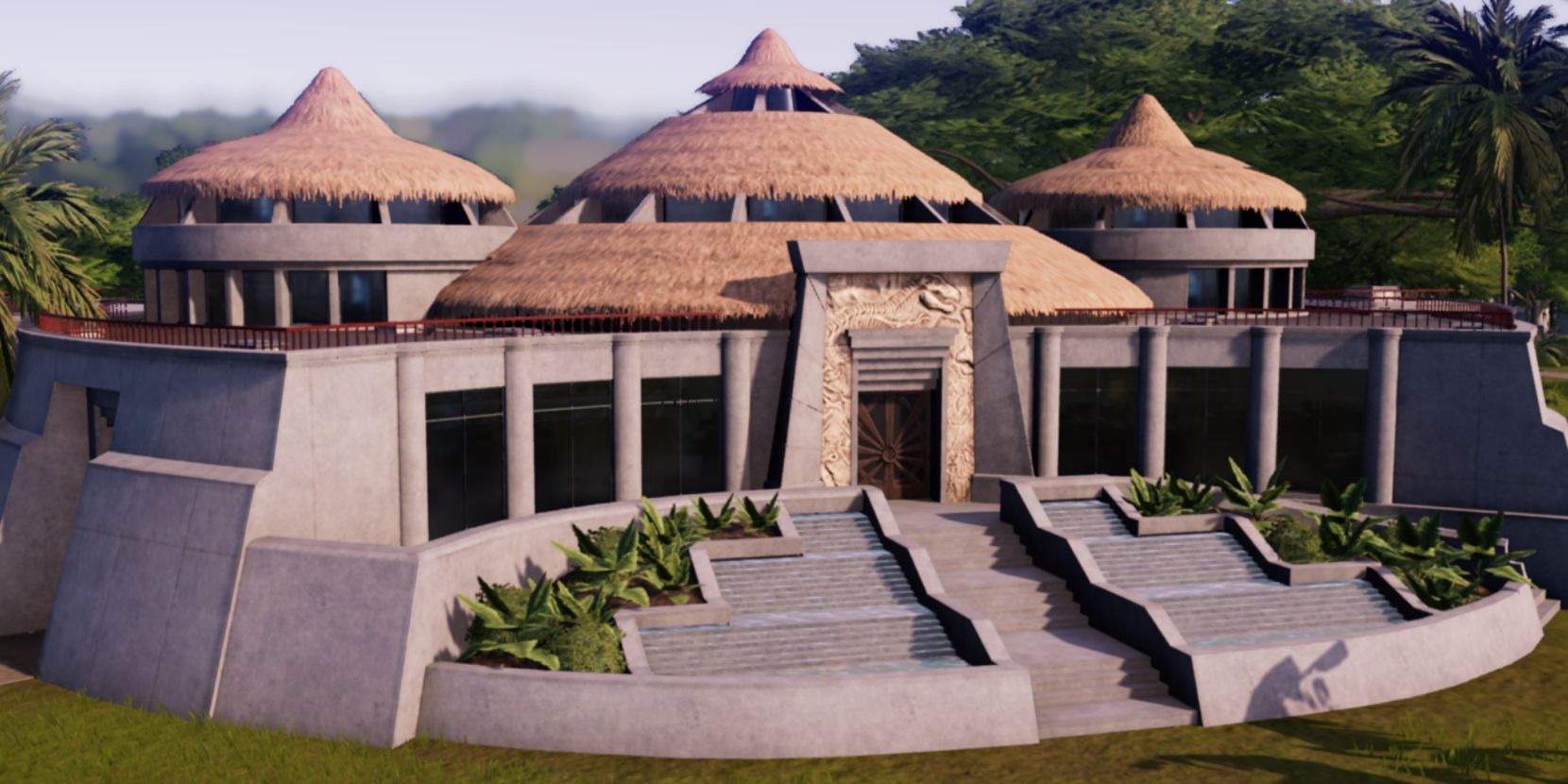 The Visitor Center is an integral part of running your park and keeping the guests happy with you. There are times, however, when everything doesn't go quite the way we planned it. Namely, when your dinosaurs are running rampant and taking a bite out of everything that they can find.

Your Visitor Center is definitely not immune to damage, and when it happens you can see just a bit of the original Visitor Center behind the destruction. The banner reading "When Dinosaurs Ruled The Earth", originally a reference to the 1970 film of the same name, can be seen poking through the carnage.