Being a huge open-world RPG set in a well-established universe, Cyberpunk 2077 is a deeply complex game with lots of systems, lore, and approaches to the game’s world, story, and side quests. Like all good RPGs that truly leave it up to the player, there’s no right or wrong way to play the game — but it is very easy to get lost in all the systems and options that are there.

With that in mind, it’s always good to try and find out what the most experienced players are doing to get through some of the more difficult aspects of the game and the complicated systems that are in play. Figuring out what to do to make extra money or make sure that their version of V is as powerful as he could possibly be is always a great place to start.

10 Take On Side Gigs 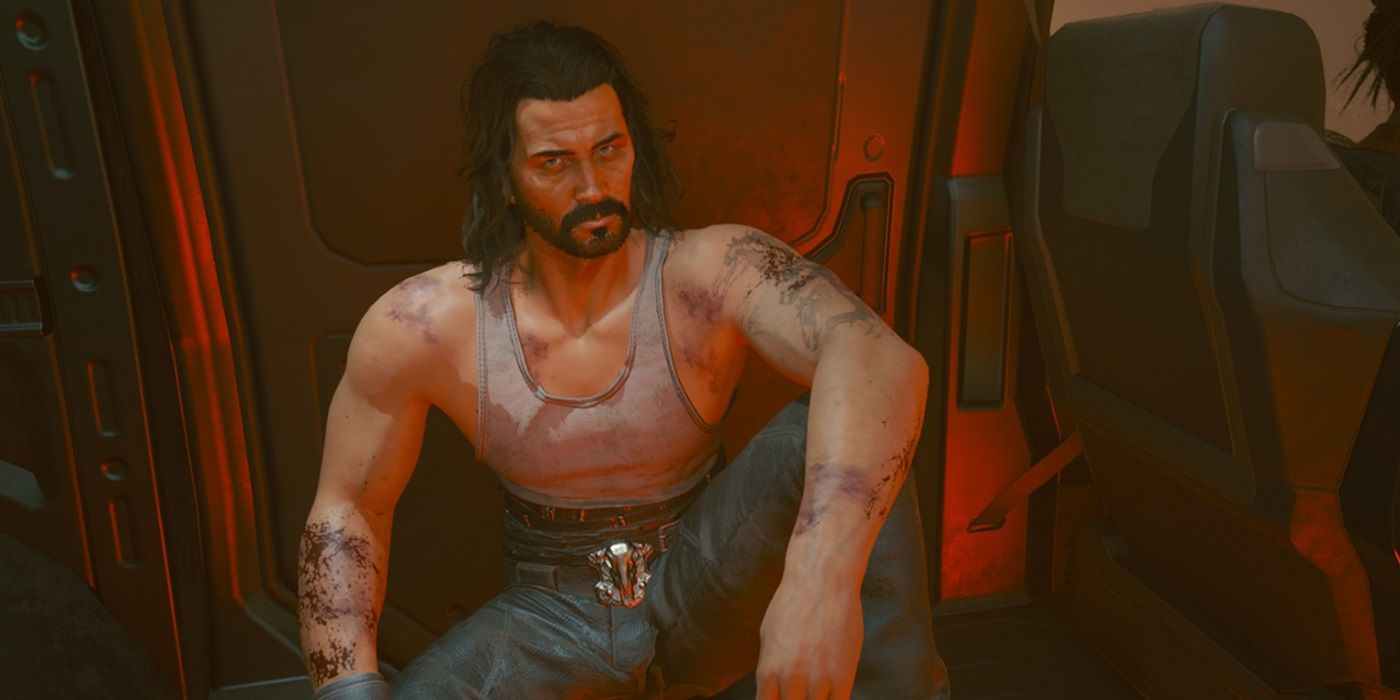 The first thing that players should be concerning themselves with is making as much money or Eurodollars as possible. One of the best and most rewarding ways to do this is by taking on as many side gigs/quests as possible.

Even when the quests don’t reward V with cash there is always plenty of loot that can be taken from defeated enemies, or just scattered about the environment. This loot and junk can be sold on for a good profit at vendors. 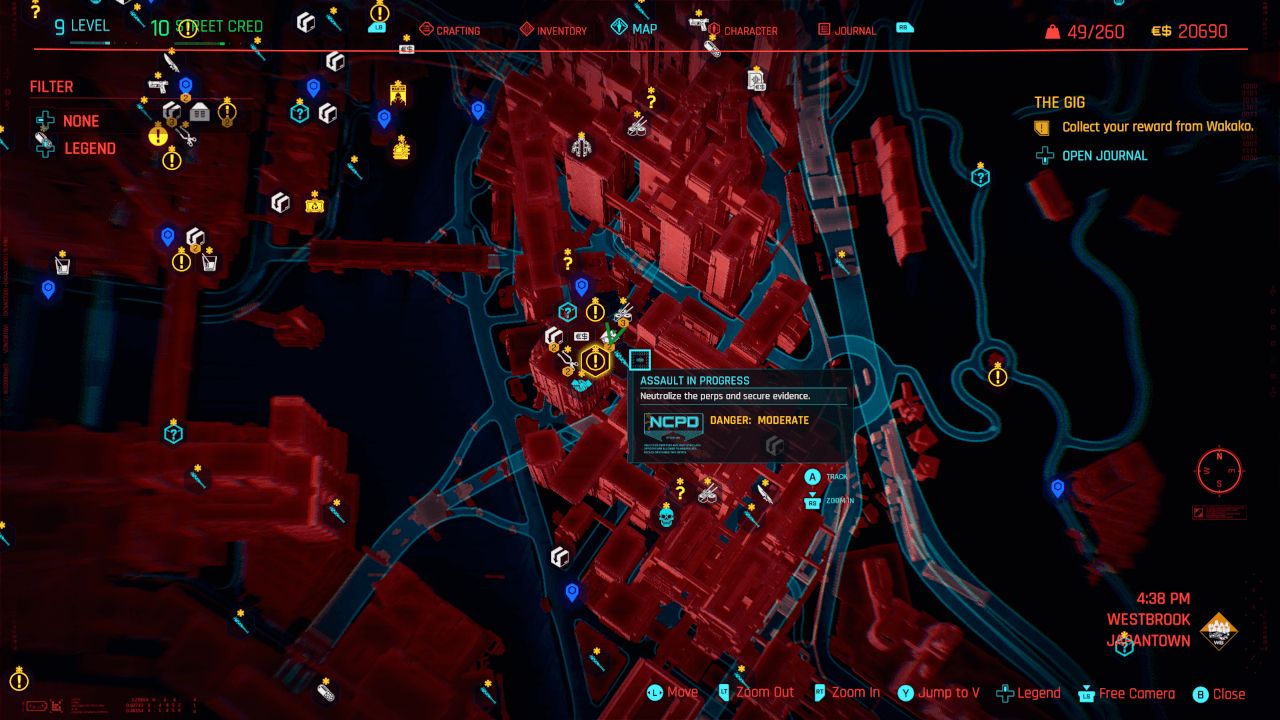 The quickest side quests to complete in Cyberpunk 2077 are the ‘Assault in Progress’ missions that will appear on the map. These missions are usually pretty simple affairs that require V to clear out an area full of enemies.

As basic as they are, the Assault in Progress missions usually reward players with good items and gear. These items will appear in a small chest highlighted by a blue marker on the map. And even if the loot can’t be used, it can be sold on for a profit. 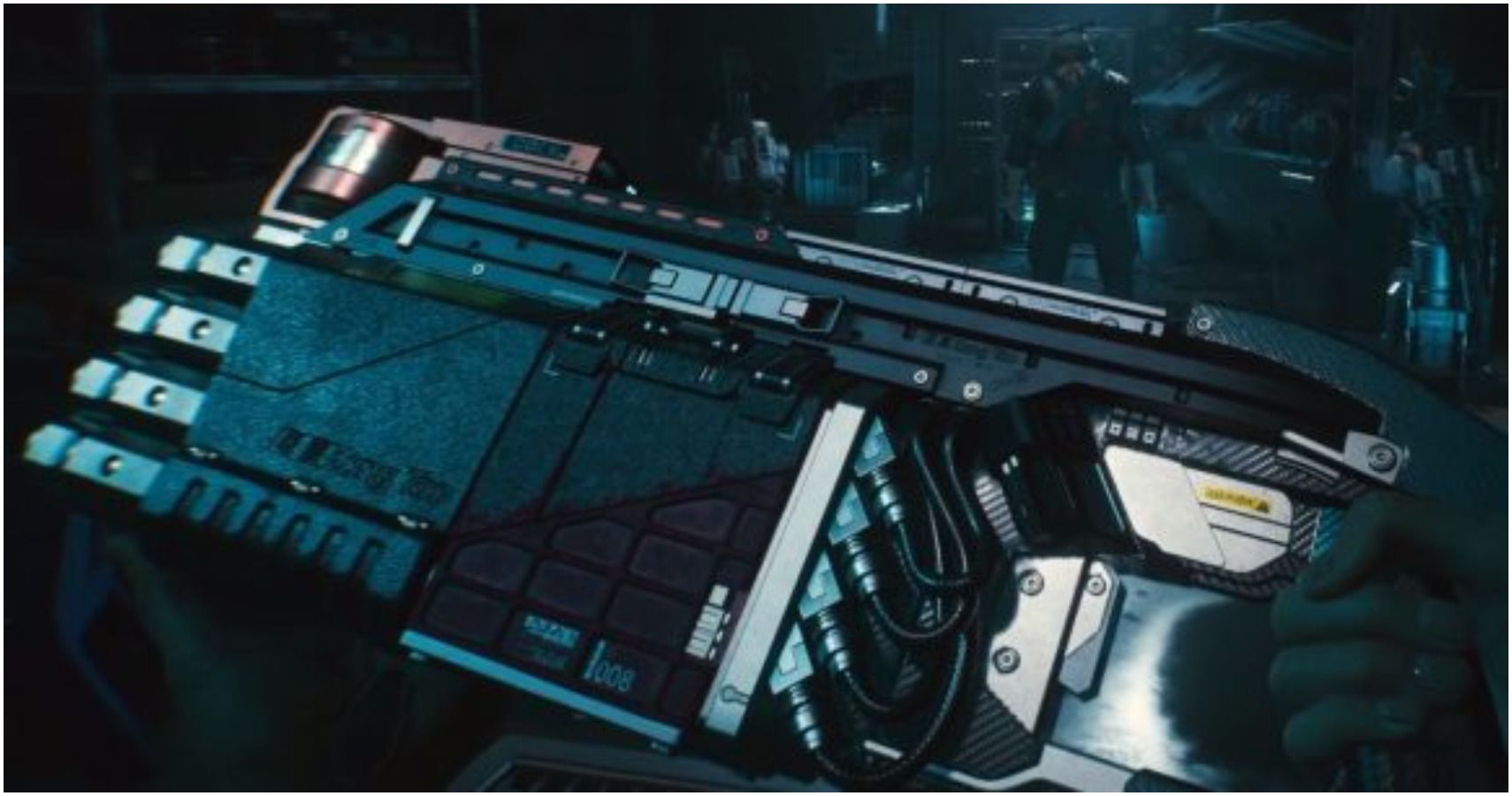 The Smart Targeting trait in Cyberpunk is an ability that allows players to target and hit enemies on the battlefield without the need for aiming. Unsurprisingly, this is a very useful ability to have when one is overwhelmed by enemies in a big gunfight.

The best way to obtain this ability is by visiting Wakako in Japantown during Act 2 to activate The Gig side quest. Once completed, not only will players receive the usual cash reward, but they will also receive a free tattoo called the Tyger Claws Dermal Imprint. This will activate the Smart Targetting ability, which is a bonus when used with Smart Weapons. 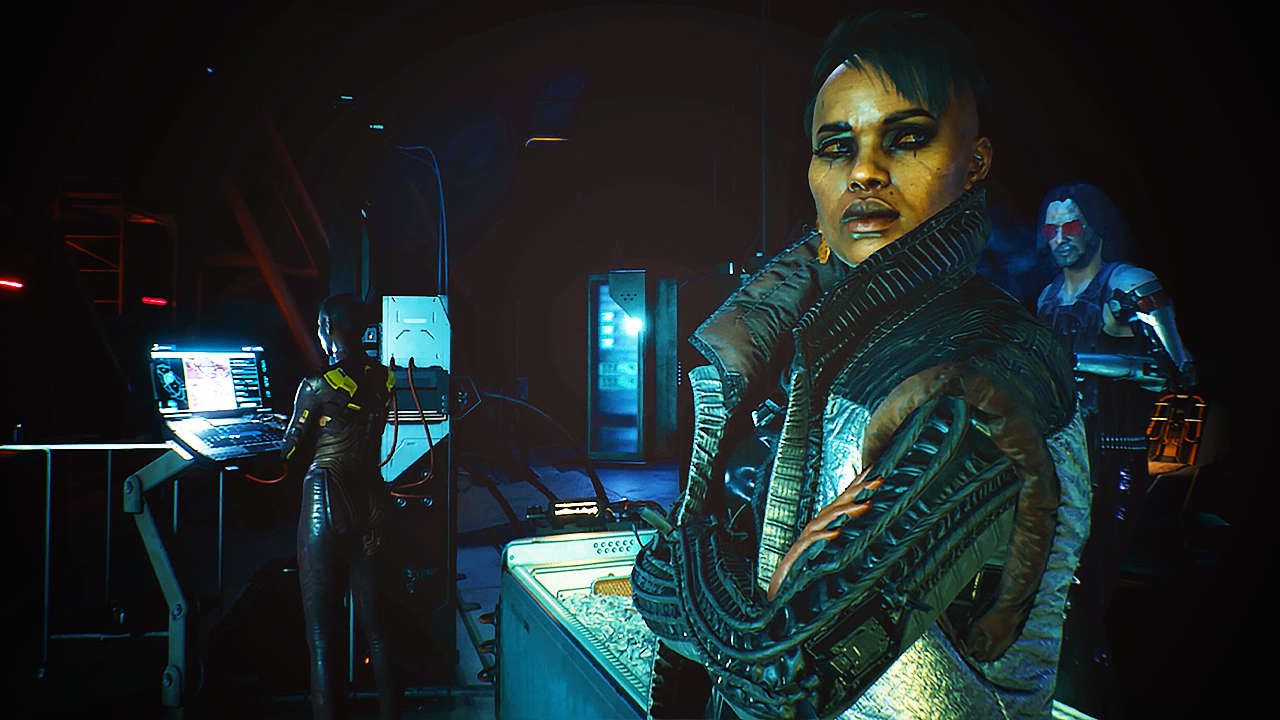 It’s possible for V to overheat in combat when being targeted by enemy Netrunners. Obviously, this can cause all sorts of problems for V and really slow the player down in battle.

In addition to shooting cameras, killing the hackers, or getting away in time before the hacking bar fills completely, players should look into unlocking the I Spy perk. The I Spy Perk can be found in the Intelligence tree and Quickhacking. This will allow V to detect the Netrunners on the battlefield.

One of the most reliable and rewarding ways to obtain cash in Cyberpunk 2077 is crafting. Crafting will allow players to break down all the junk they have filled up in their inventories and turn it into useful components.

Not only will doing this free up a load of space in V’s inventory but they will be able to sell the more valuable components for cash. Or even better, build more useful items that can be sold on at vendors. The Scrapper perk will allow V to break down items more efficiently and the Pack Mule perk will allow the player to carry more items for the upgrades and broken down goods. 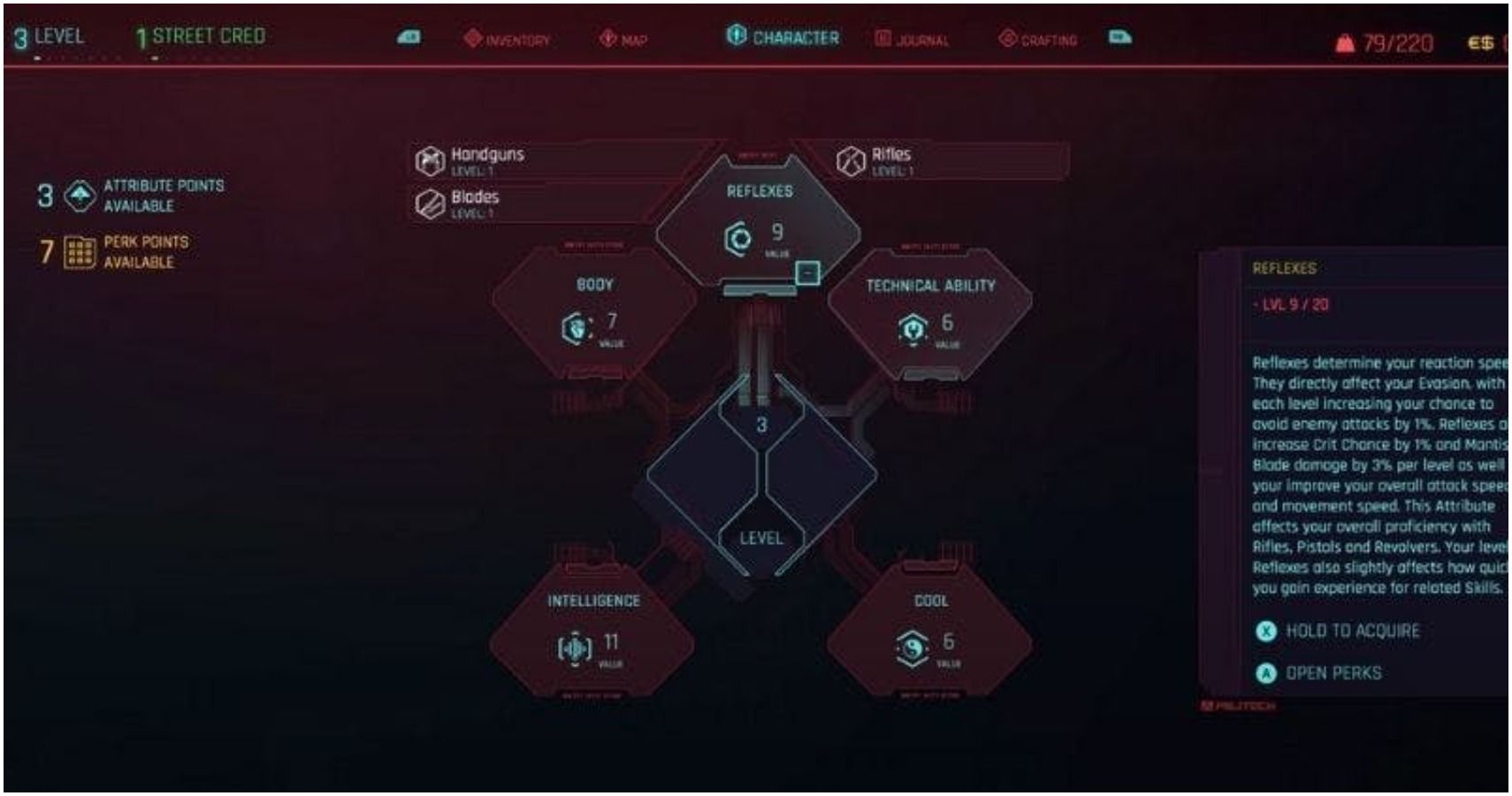 One of the simplest ways to make V more efficient in the world Cyberpunk 2077 is to increase their Athletics. Increasing the character’s athletic ability will mean that they are stronger in battle, able to carry more in their inventory, and can maintain speed when running.

The easiest way to improve V’s Athletics is to run, walk, and jump as much as possible because just like The Elder Scrolls: Skyrim, V’s abilities will increase simply by performing actions. So if he’s crafting a lot, then his crafting skills will improve too. 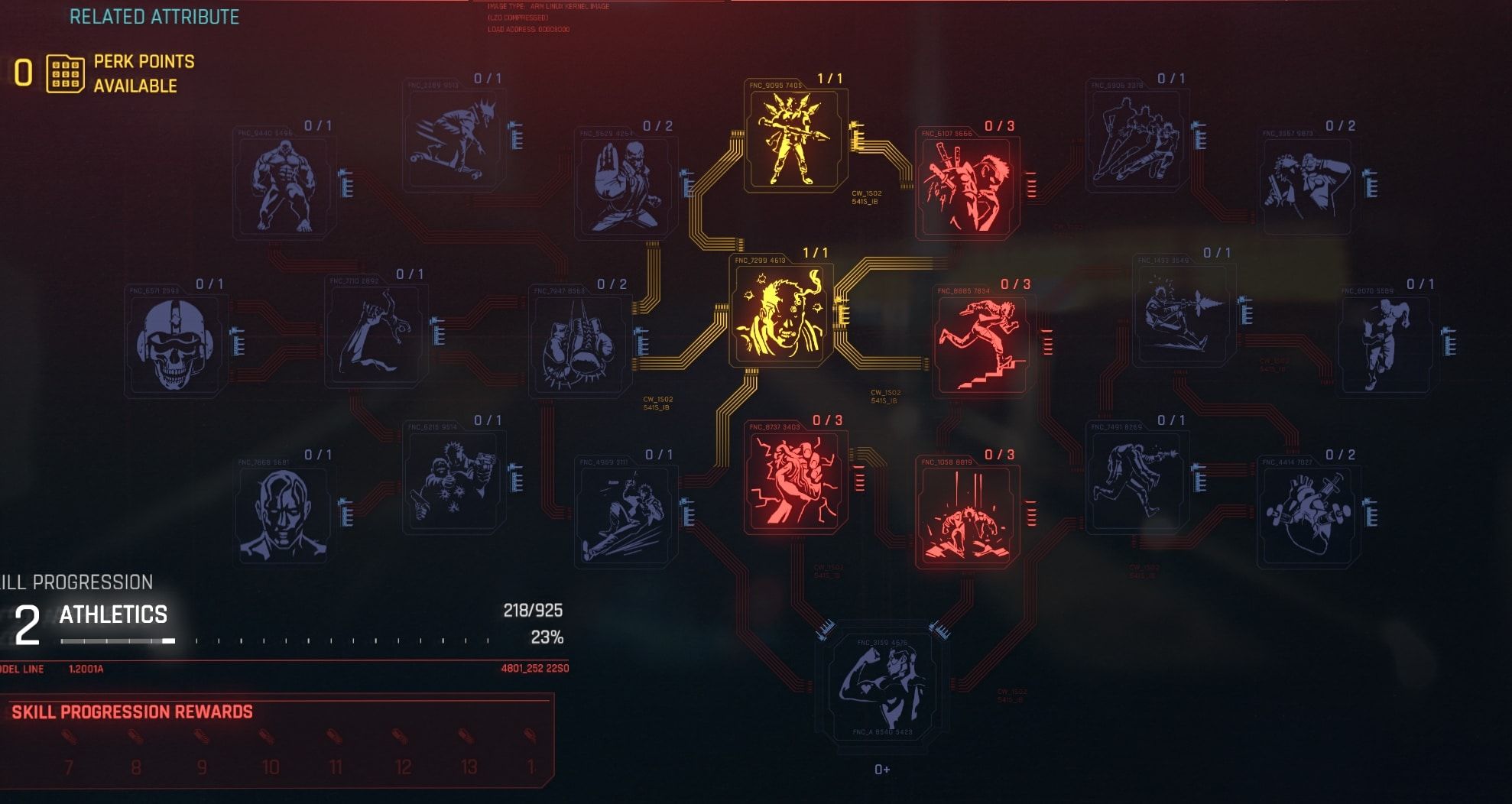 Under the Athletics skill tree, players will be able to unlock the Regeneration Perk which is arguably one of the most useful in the game. As the name suggests, the Regeneration perk will allow V to automatically replenish their health bar if they aren’t taking any damage.

It’s a far more useful tactic to use instead of trying to keep on top of V’s health stims and other items. Furthermore, it can be used tactically when fighting from cover and is invaluable if going up against the game on the hardest difficulty. 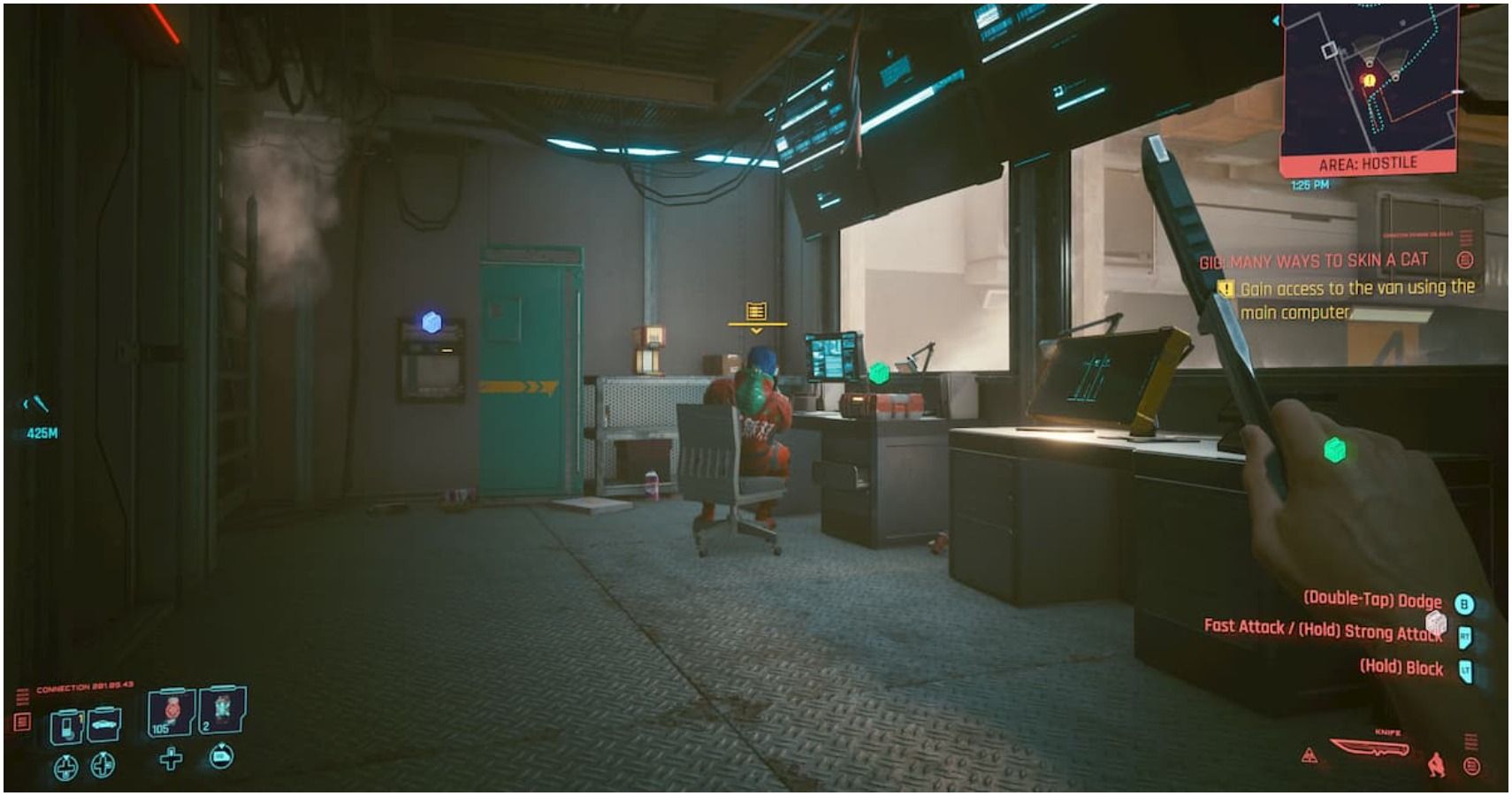 Even players that are more comfortable with running headlong into a gunfight like Arnold Schwarzenegger in Commando will need to rely on stealth as their best option in a sticky situation. One of the most effective ways of taking down enemies quietly but with force is by using throwing knives.

However, they need to be unlocked using three skill points in the Stealth tree, which can be accessed through the game’s menu. One will need to unlock the Dagger Dealer perk to make use of this skill and take enemies down by aiming with L2 (LT on the Xbox) and throwing with R2 (RT on the Xbox).

2 Unlock The Slow And Steady Perk 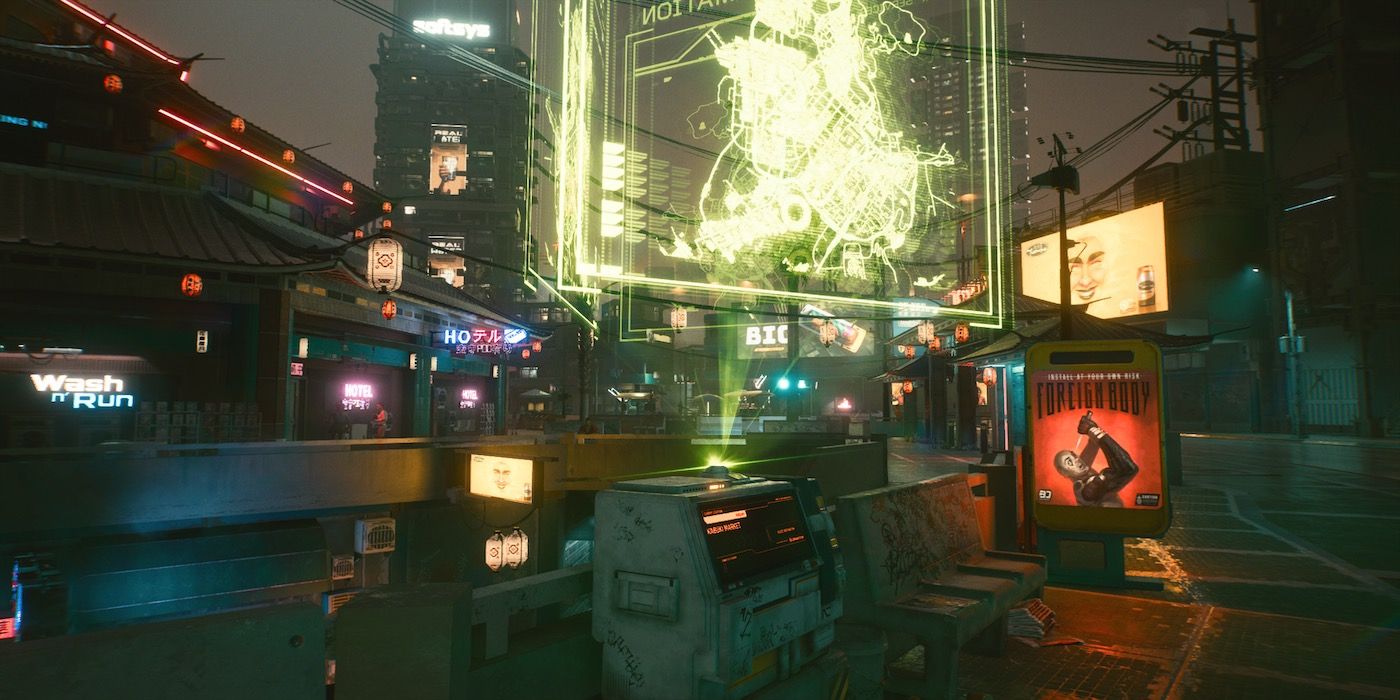 Even for players that don’t intend on using swords or blades in combat working through the Blades perks in Cyberpunk will yield some very interesting results for V on the battlefield. One of the best perks to unlock in the game is called Slow and Steady.

Slow and Steady will give V a 15% armor boost just for moving whether the character is using a blade or not. The added benefit of having an increased armor boost cannot be overstated in Cyberpunk 2077, especially in the harder levels. 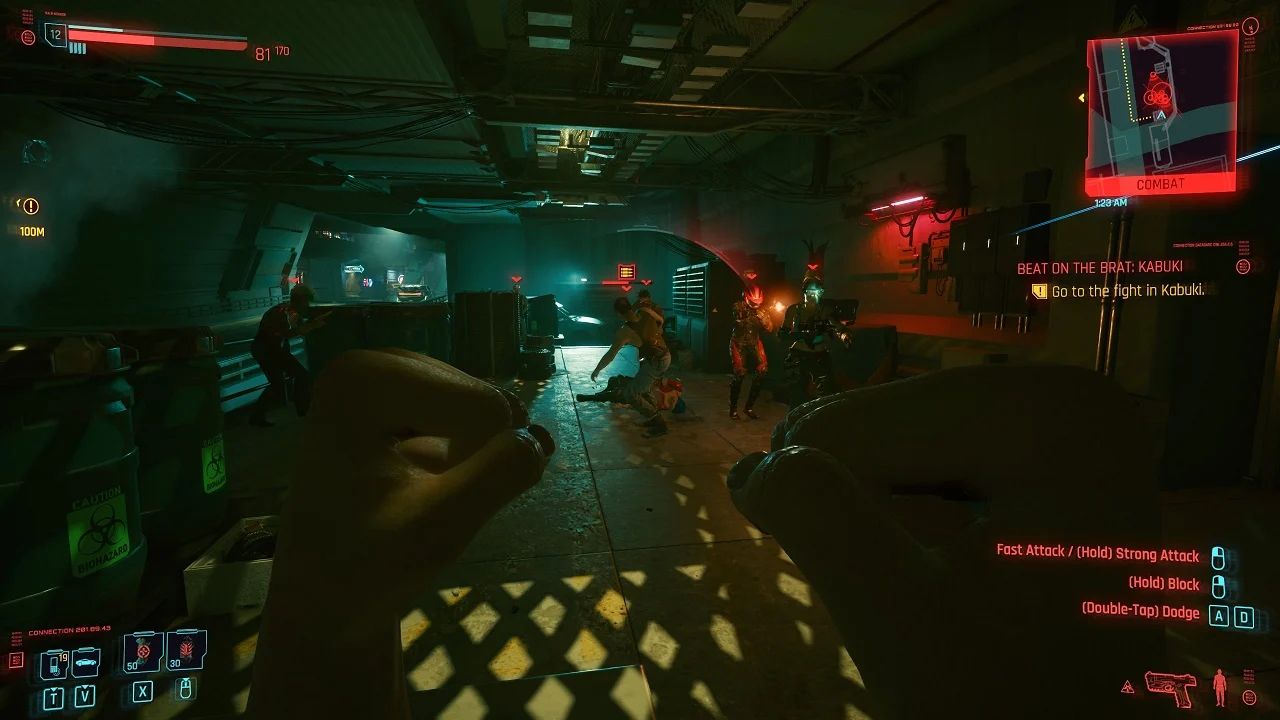 Just like Slow and Steady, Shifting Sands is another useful perk to unlock whether the player wants their version of V to be geared towards using blades and melee combat or not. The perk will allow players to dodge attacks and consume less stamina in the process.

Using the dodge technique in combat will obviously get V out of trouble in combat and is invaluable for players that want to use melee combat with or without weapons. It’s also worth investing in this perk before taking part in the prizefighting events that can be found around Night City.

Next: Cyberpunk 2077: The Body Tattoos, Ranked 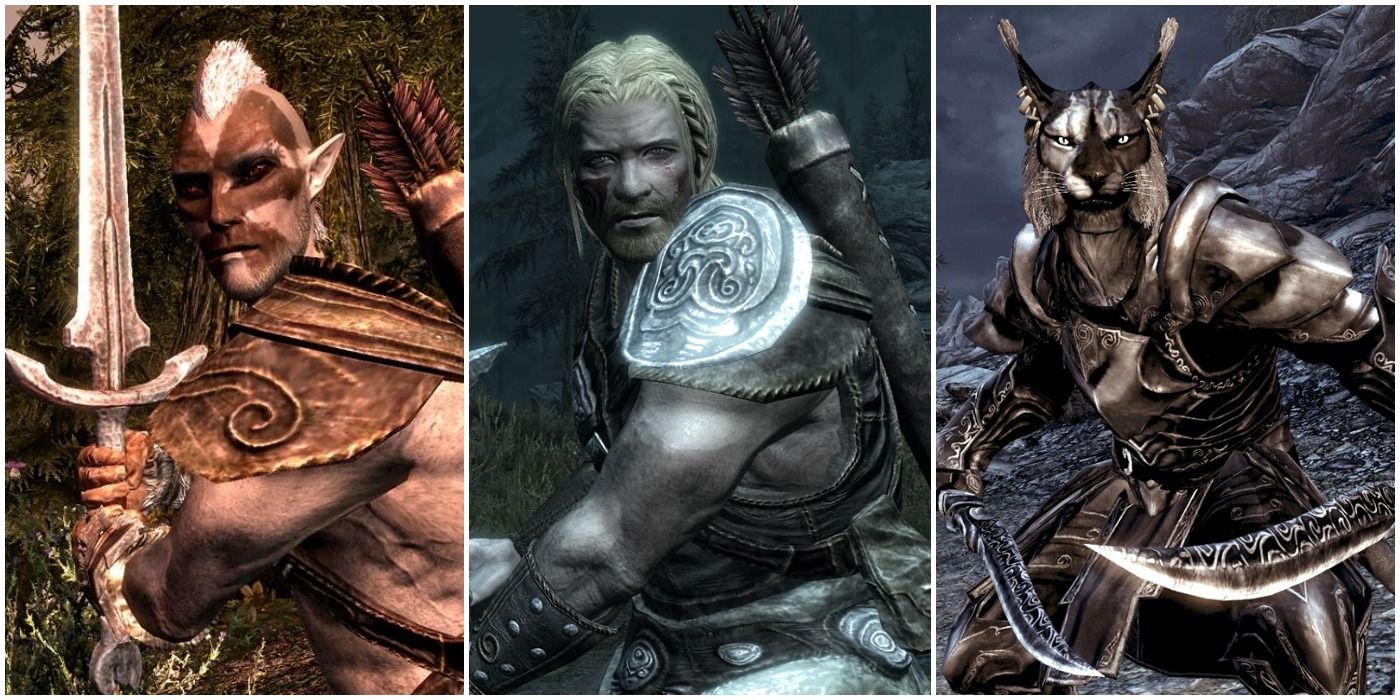