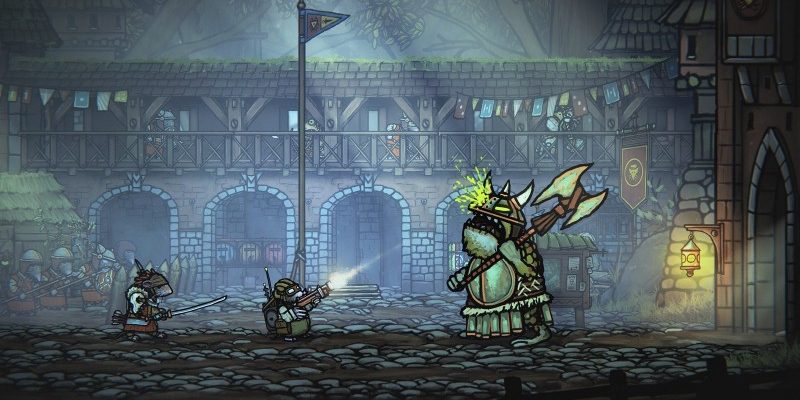 2021 has provided players with a deluge of incredible games, some of which will be battling it out for lofty game of the year titles and other accolades. Sometimes, games worthy of note slip under the radar. While these titles aren’t unknown by any stretch, they can get lost in the year-end conversation as everyone determines their favorite fare before heading into what’s shaping up to be another blockbuster year for games. What titles may you have missed this year that really stand out? We’ve got a few picks for you – and maybe you have a few suggestions for us, too! Let us know what your favorite hidden gems from 2021’s gaming roster are in the comments.

Library of Ruina is a tough game to get going in, but once you’re on track, it’s incredibly difficult to put down and absurdly compelling. Combining aspects of deckbuilding games, tactics games, and RPGs, this romp through a bizarre and sometimes haunting landscape is an adventure well worth taking. Enchanting tunes from Mili enhance major battles and you’ll find yourself going back to listen to them long after you complete the journey. Don’t write this off after taking a look at screenshots, as the signature battles themselves exude such style in motion. Check out more on Library of Ruina here.

Inscryption begins as a sort of dark roguelike deckbuilder, but isn’t truly content to play around in a singular genre space. The twists, turns, and surprises that are uncovered along the way make discussion difficult without serious spoilers, but rest assured you’ll find mysteries worth discovering, puzzles, and curiosities littered throughout the excursion. This is one of those games where saying anything about it except “go play it” is probably saying too much. A creative little gem, you’ll find yourself captivated as the excursion goes into all kinds of places, leaving you to ponder questions and dig deeper for answers.

There are endless mobile card games to try out. Nova Island is really a genre-busting blast that’s sort of a mix of tactical board game and traditional CCG, where players must combine hero powers, custom decks, and special spaces to score twenty points before the opponent. This can be done in a variety of ways with oodles of strategies. Whether you want to make a weird deck that capitalizes on making the basement work for points, keep your move makers out of sight in the penthouse, or take the battle to the hopping lobby or mezzanine, the calls are yours.

Playing probability is the name of the game, and that keeps every game interesting even if you’re in a metagame mirror match. Each slot only has a certain posted percent chance to give the controlling player points each round. Also, there’s no cash shop or monetization at all. That’s right, not even cosmetics. Like, what? Give this game a try – it’s way too good to go unnoticed.

In a sentence, yes it’s kind of like Redwall meets Soulsvania. Which is all you really need to know here. With big boss battles, weapons and armors to master, and plenty of action on every screen, Tails of Iron is a challenging romp that should satisfy those looking for a dire adventure that’s more than a bit grisly and grim but contains cool fights and quests to explore. I guess if you need another hook, Doug Cockle voices the narrator. That’s right, Geralt from the Witcher!

This Burtonesque battle of dice and cards is a whimsical mishmash of horror and fantasy, action and strategy, and more layered on top. This world of dark queens, quibbling royalty, and bumbling allies grand slams the recipe for fun while it pulls you into its enchanting setting. Maybe I’m just really a Nightmare Before Christmas fan that loves the way this game somehow pulled off this ultimately bizarre amalgamation of elements, but either way, you should give it a whirl. I bet you’ll enjoy it.

You can check out our full Lost in Random review here.

Obviously, this handful of games doesn’t even begin to scratch the surface for all the great stuff released in 2021. What were some of your favorites that probably won’t grace the giant game of the year lists or that you think people may have missed? Let us know in the comments!