As a survival crafting game, Medieval Dynasty is bound to have overlooked areas that many players pass by. Since you can do pretty much anything you want in the game, it's easy to avoid an area, especially if you have no reason to go there. Fortunately, you don't have to pass by for much longer, because we are here to help guide you in the right direction. 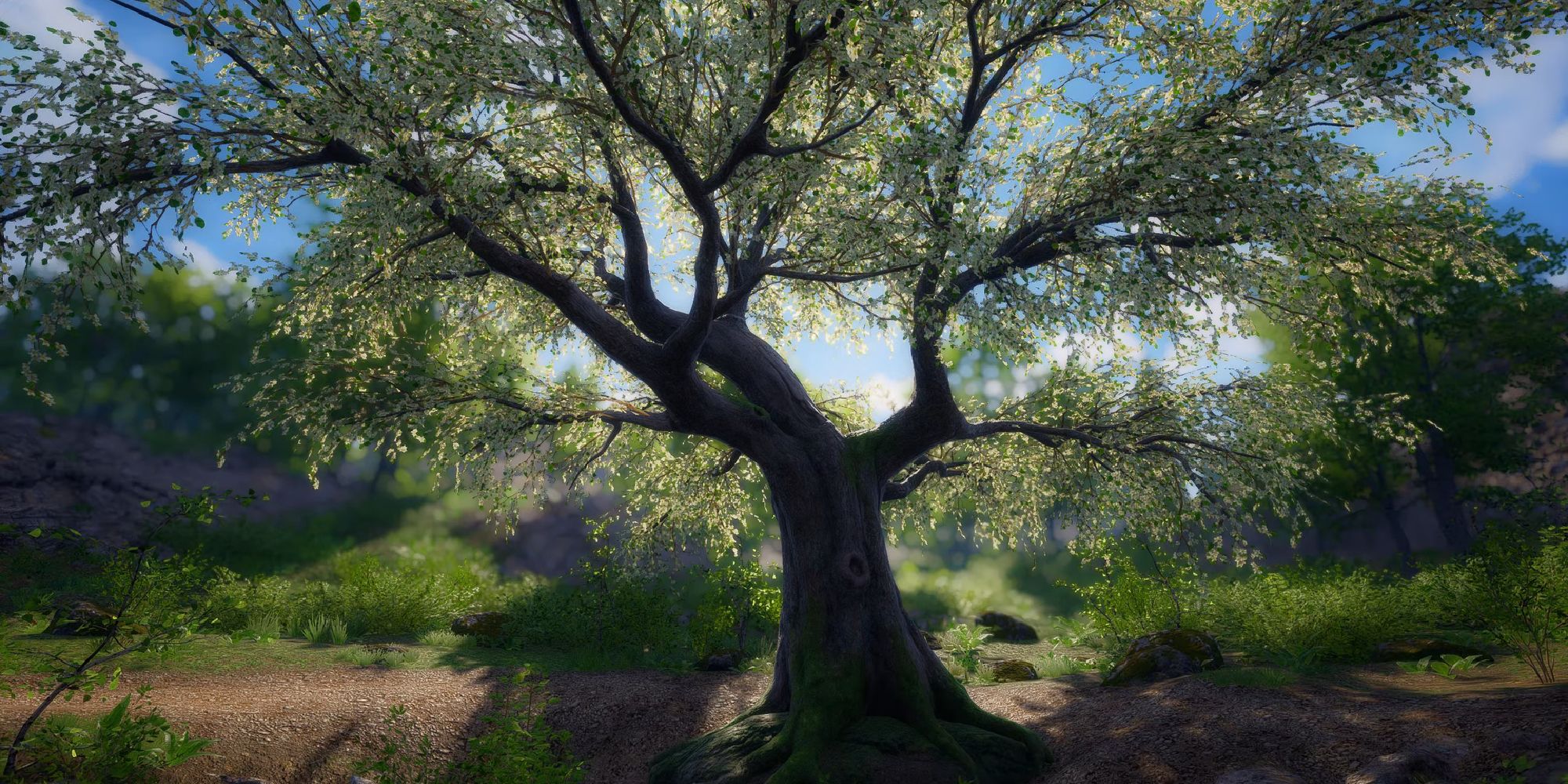 This first entry on our list is quite sad. Just south of Gostovia, you can find a beautiful tree that cannot be cut down. This tree symbolizes a woman named Lijda, who was married to a man named Martin for over two decades. During their marriage, Lijda became extremely ill and by 2016, she was placed in a nursing facility.

She stayed here through September 17, 2020, which is when Medieval Dynasty came out. To cope with this, Martin devoted his time to the game, playing it every day. Unfortunately, one month later on October 19, 2020, Lijda passed away. Martin was a mess, but continued to cope with Medieval Dynasty. Then, one day in a Facebook group for Dynasty games, Martin commented his story. This was read directly by Toplitz (the publishers of Medieval Dynasty), who messaged him and said that they would put a memorial in the game of his choosing to commemorate Lijda.

5/6 Reference To The Office 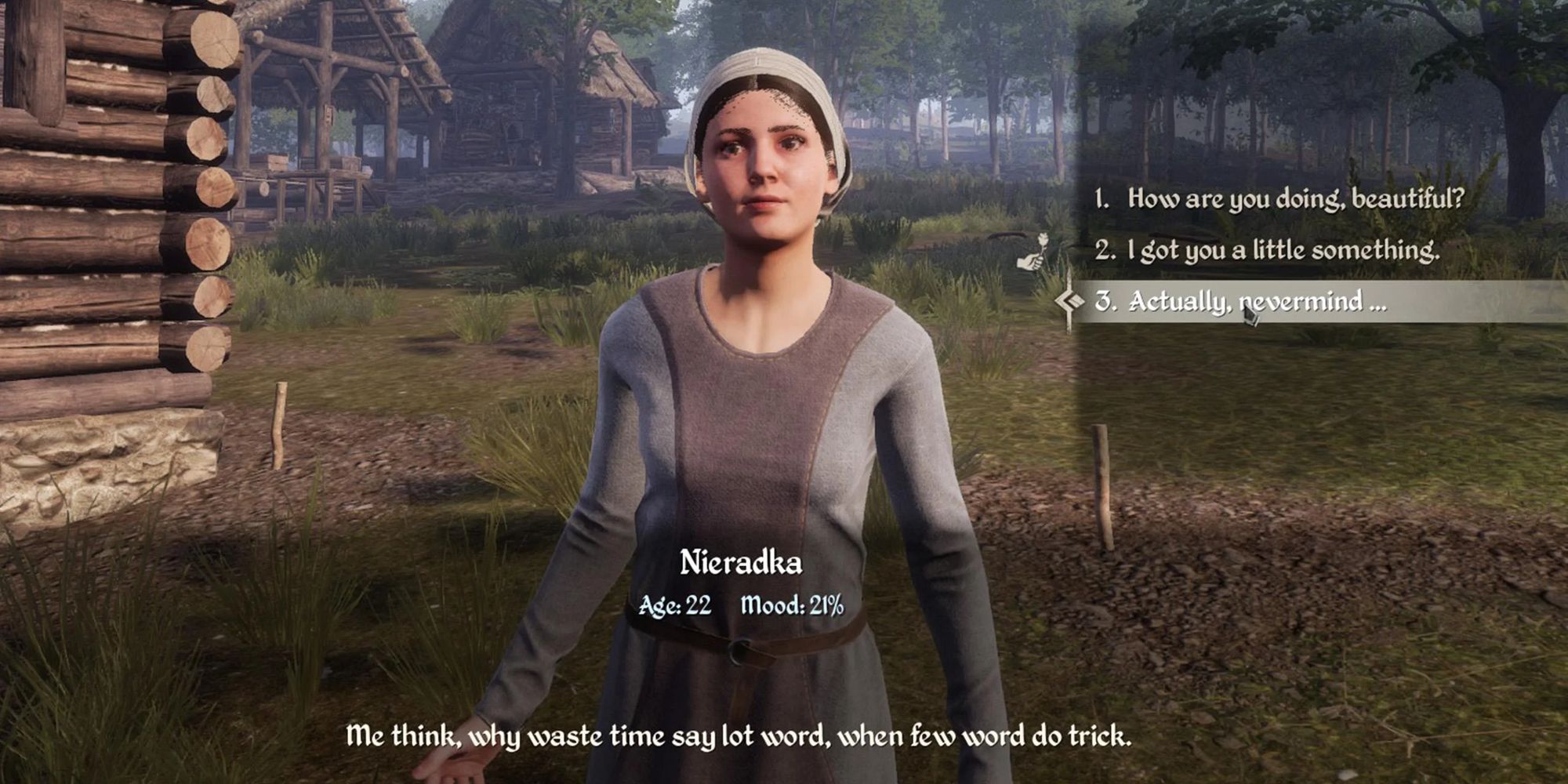 Discovered by u/winjusmaximusprime on Reddit, you can find a reference to the U.S. version of The Office. When speaking to the NPC Nieradka, she responded with “Me think, why waste time say lot word, when few word do trick”.

This, of course, is a reference to Kevin from The Office, when he decides to speak shorthand since people can still understand him. This seems to be a reply that Free Spirit type people give when you tell them that they are smart. This reference isn't in one specific location, but if you find a Free Spirit, be sure to tell them that they are smart.

4/6 Taking An Arrow To The Knee 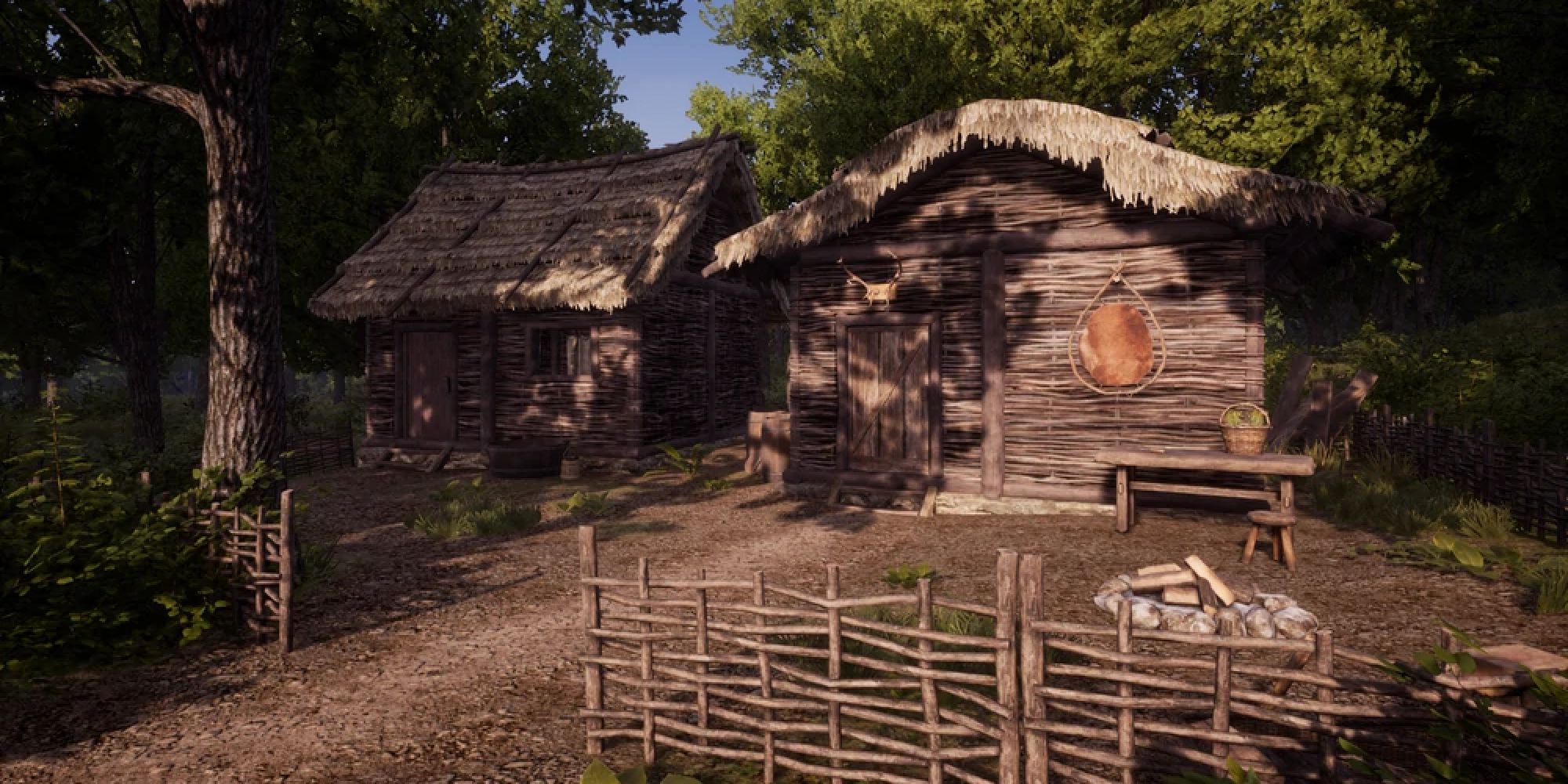 We all know the arrow to the knee reference. For those of you who don’t know, in Skyrim, there is an NPC that says "I used to be an adventurer like you, then I took an arrow in the knee”. This is referenced by Sambor, an NPC who lives in solitude.

While completing the main story, you will interact with Sambor, who will ask, “have you ever had an arrow in your knee?”. This doesn’t mean that you literally got shot in the knee though; Sambor is just asking if you have ever gotten married. 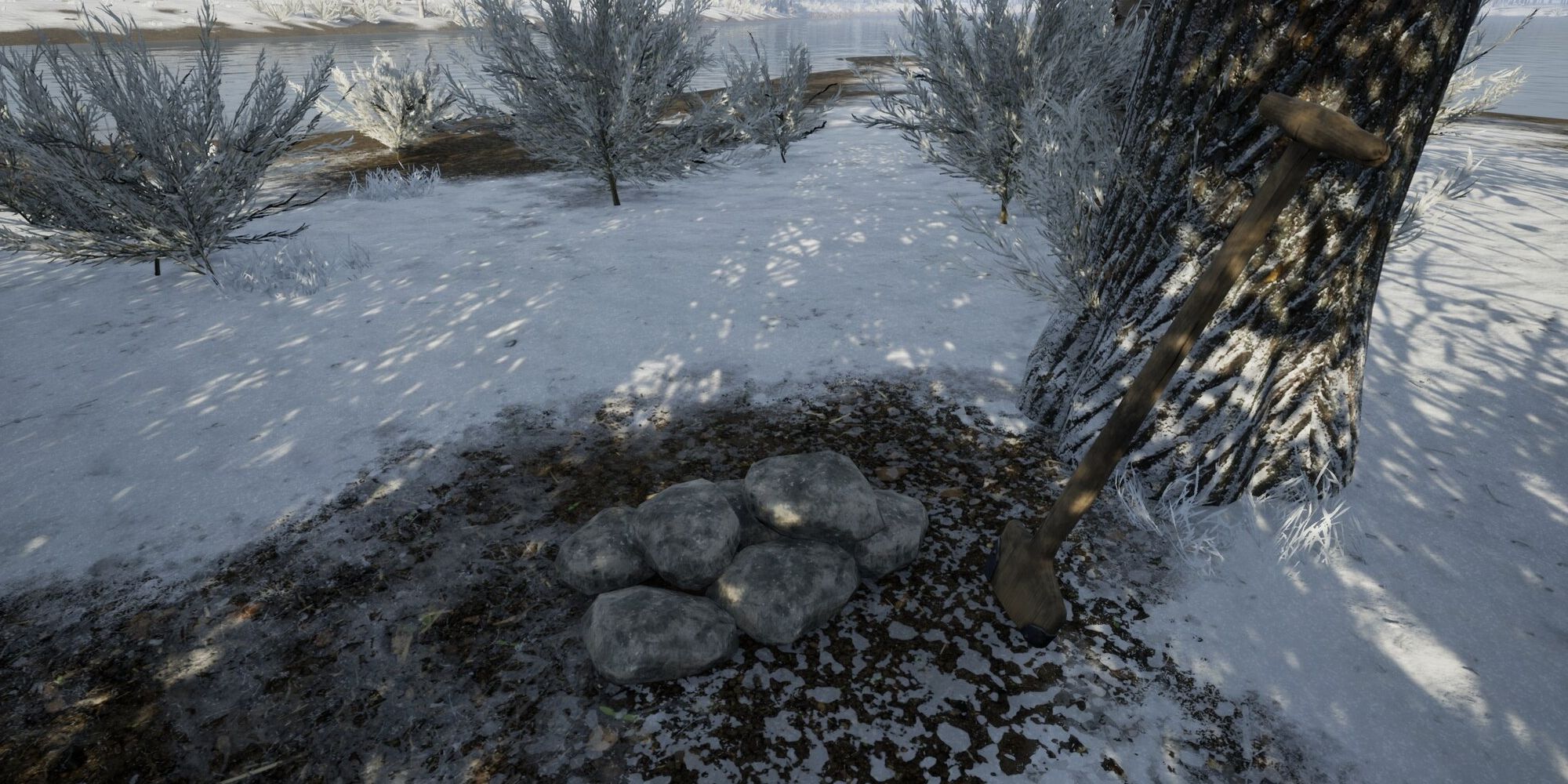 This next entry is more practical than a sitcom reference. Throughout the valley, there are several buried treasure locations that you can find. These locations are often marked with a nearby shovel, prompting you to dig.

For example, in the section of the river that crosses horizontally on the map, you can find a small island. Here, there will be a shovel and a pile of rocks. Using this shovel, you can dig and find around 300 coins. This is a lot, so be sure to dig whenever you see a suspiciously placed shovel! 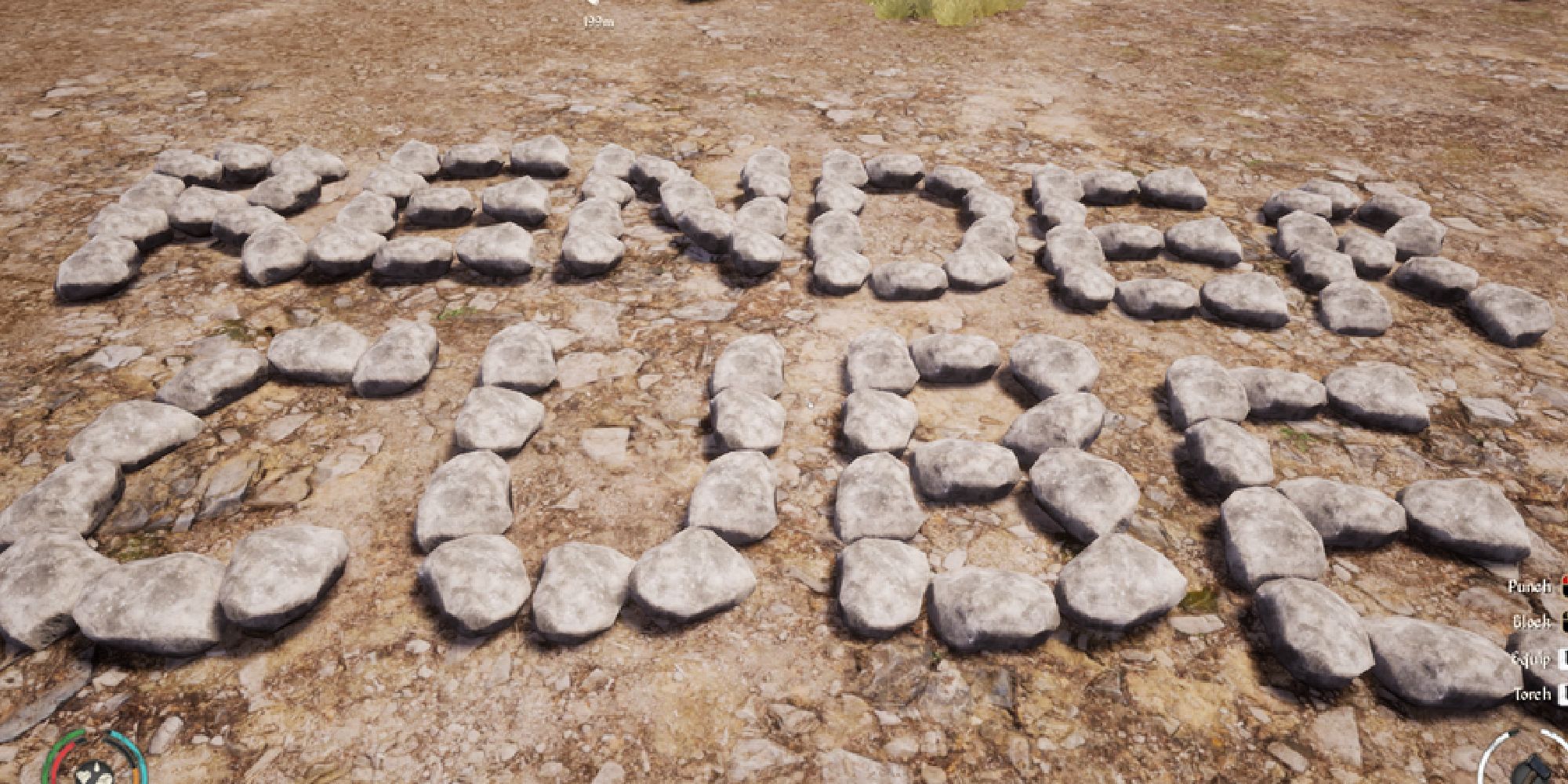 Render Cube are the developers of Medieval Dynasty, so it makes sense that they wanted to leave their mark on the game. In the southeast corner of the map, you can find the words ‘Render Cube’ spelled out with rocks. This spot tucked away, nearly off the map.

While the Render Cube rocks may not have any practical use or humorous meaning, it’s fun to see the developers essentially ‘sign’ their work. Rather than being subtle through, they choose to spell it out with giant rocks. 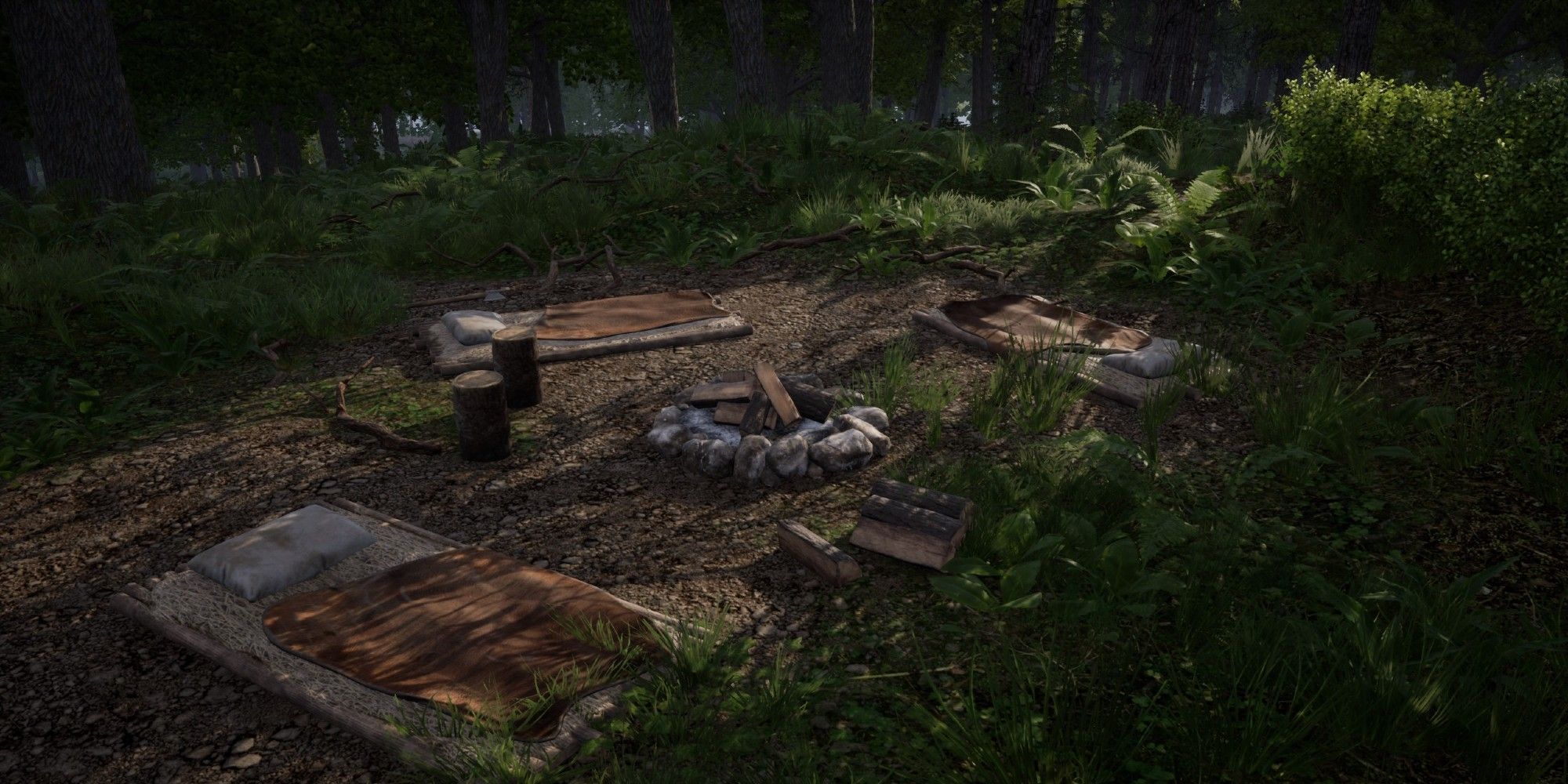 Bandits can appear in a few locations on the map. Once you’ve defeated them, you can loot all they have. If you don’t have any weapons, fighting bandits can pose quite a challenge, but fortunately, you can find abandoned campsites. From a distance, these sites seem to blend into their surroundings, but when you get up close, you can find a variety of treasures.

If you’ve been playing Medieval Dynasty for a while, you probably know all about these abandoned campsites, but if you are new to the game, don’t be afraid to veer off the path! If facing bandits head-on is intimidating, you simply don't have to. In these locations, you can find food, tools, money, and seeds. Bandits can have technologically advanced tools and weapons, so this is a good way to get materials that you previously didn't have access to.