There's a simple solution for when you want to play a board game but don't have time to gather your friends around for a big game night – board games you can play on your phone. These are quick, streamlined versions of some classic board games, allowing you to play no matter where you are.

Board games can sometimes be quite pricey, so testing them out on mobile can be a great way to see if a game is a good fit for you and your friend group. You'll often be able to try solo variants of your favorite games or play online against friends and others. Here is a selection of mobile board games that are well worth downloading. 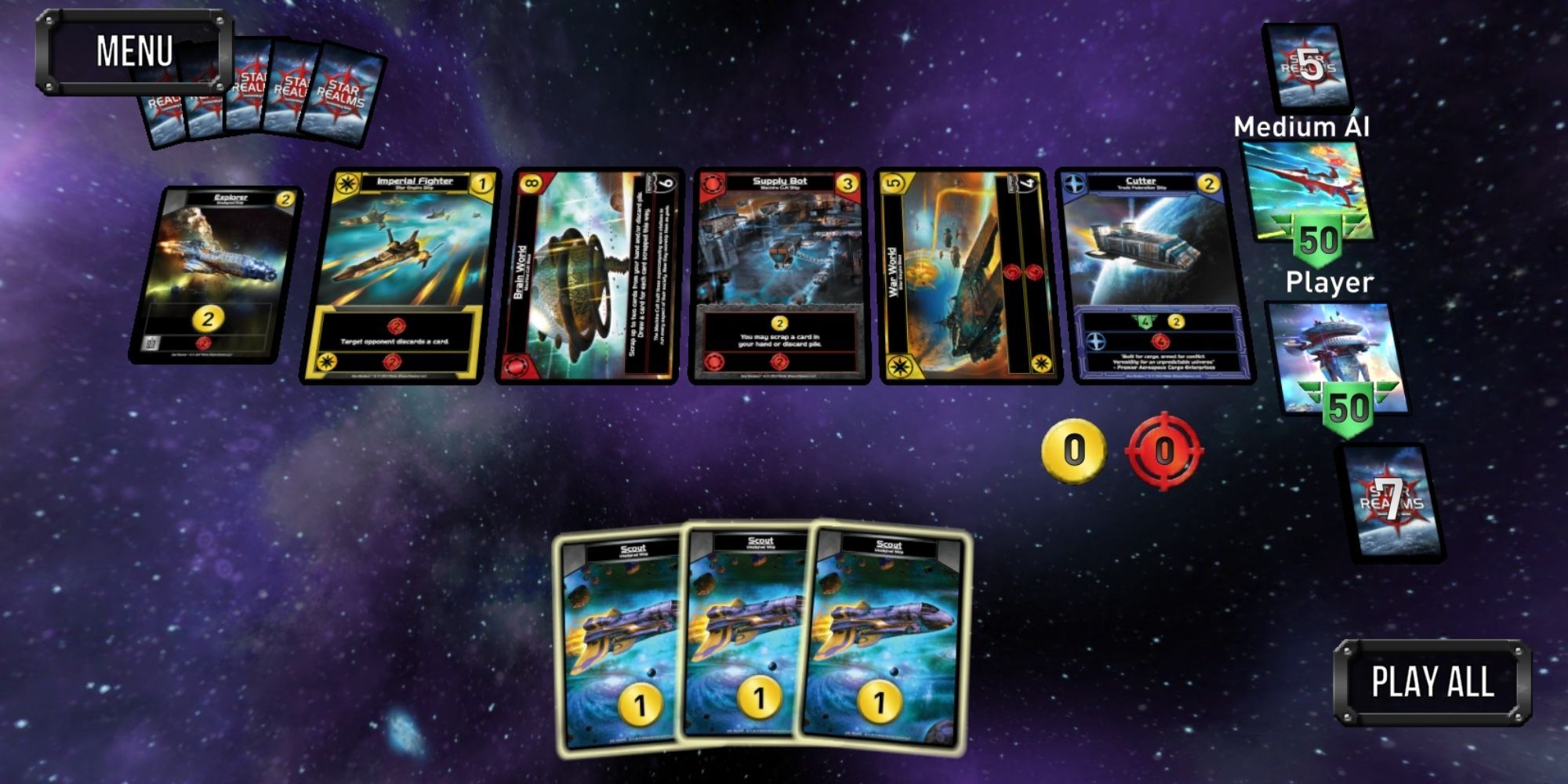 Star Realms is a deck-building card game in which you must defeat your opponent's fleet of spaceships. With each turn, you can purchase more ships and bases to increase your abilities, trying to craft a deck where each card combines with others to create powerful combos of attacks. Star Realms is a fast-paced game, perfect for when you only have a little time to play a game.

This game is entirely free for you to play if you just want to play against the crafty AI, or you can buy the full version to get access to additional game modes to try and the option to play online with friends. 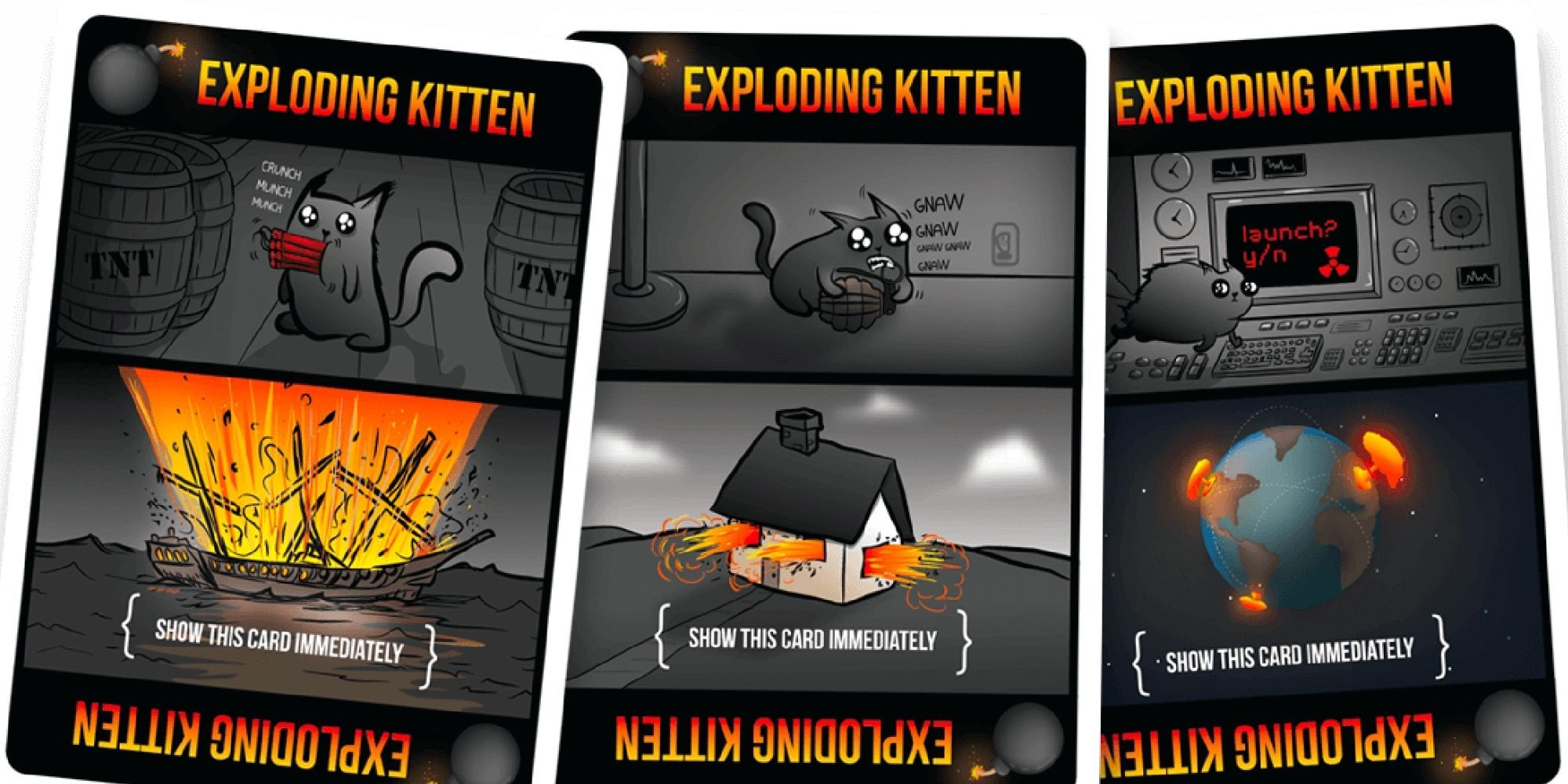 If you are a fan of quick, light-hearted games like Cards Against Humanity, you'll have fun with this mobile version of Exploding Kittens. The aim of the game is simple: Do not draw the Exploding Kitten. To avoid doing so, you can play as many cards as you can from your hand to avoid drawing cards, foresee what is coming up in the deck, and most importantly, mess with the other players.

The mobile version requires an initial one-off purchase, and then you can play on your own or with friends and strangers. Alongside including many of the actual game's expansions, this version has unique cards specific to the mobile game. There is plenty of chaotic fun to be had with this silly game. 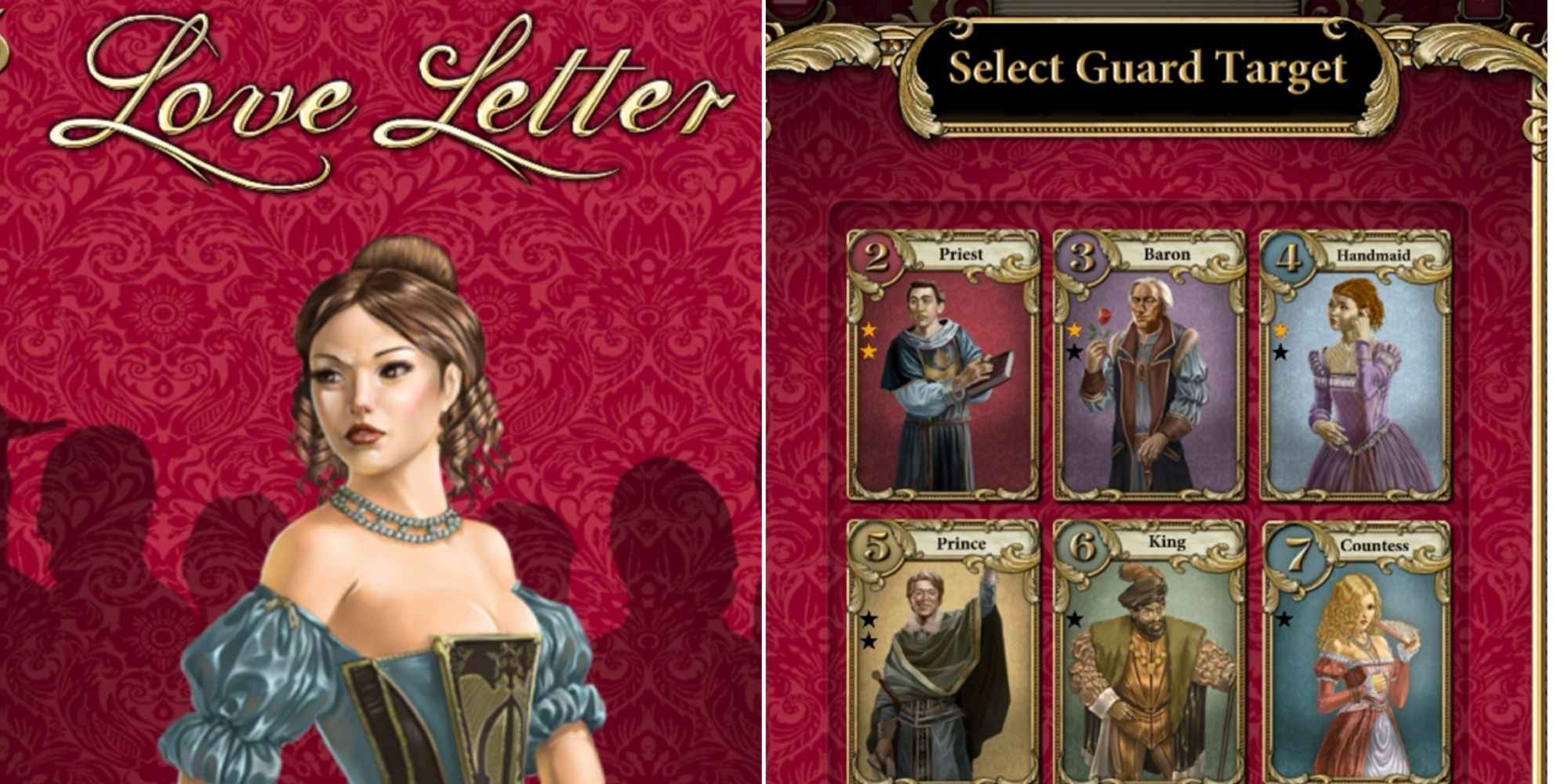 Love Letter is a speedy bluffing and deception game where you must use your wits to figure out what card everyone else has. Each round is incredibly fast, as a single card could eliminate you from the game. Can you play the right cards to be the last person standing? If you do, you'll be able to deliver your love letter to the princess.

This game isn't free, but once purchased, you'll be able to play solo, online, or even pass and play with your friends. The game's short playtime makes it perfect for mobile, as you can quickly get a few games in when you want to pass a little time. 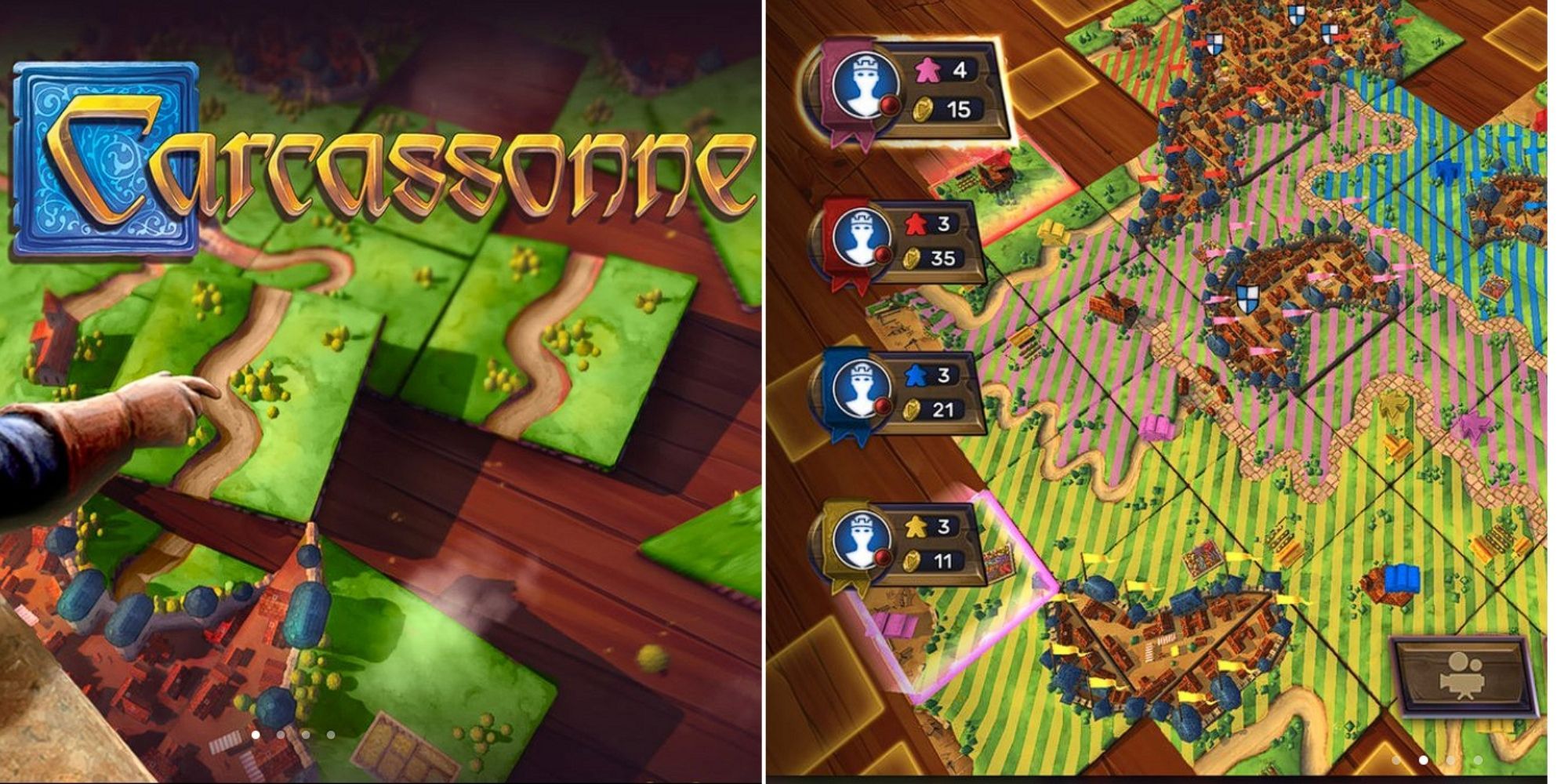 Carcassonne is a classic tile-placement game in which you build elaborate cities, scoring points for completed structures. It can be a peaceful game where you make an incredible landscape together – or a brutal one where you betray your friends to steal the cities they were trying to complete.

You can play solo against the game's AI opponents or play online with your friends. There is also the option to purchase some of the expansions for Carcassonne, such as the Inns And Cathedrals Expansion. As with the physical version, this expansion really enhances the experience, giving you more strategy as it adds an element of double or nothing to the game. Of course, the base game alone is a very satisfying experience, so having the chance to play it on mobile is terrific. 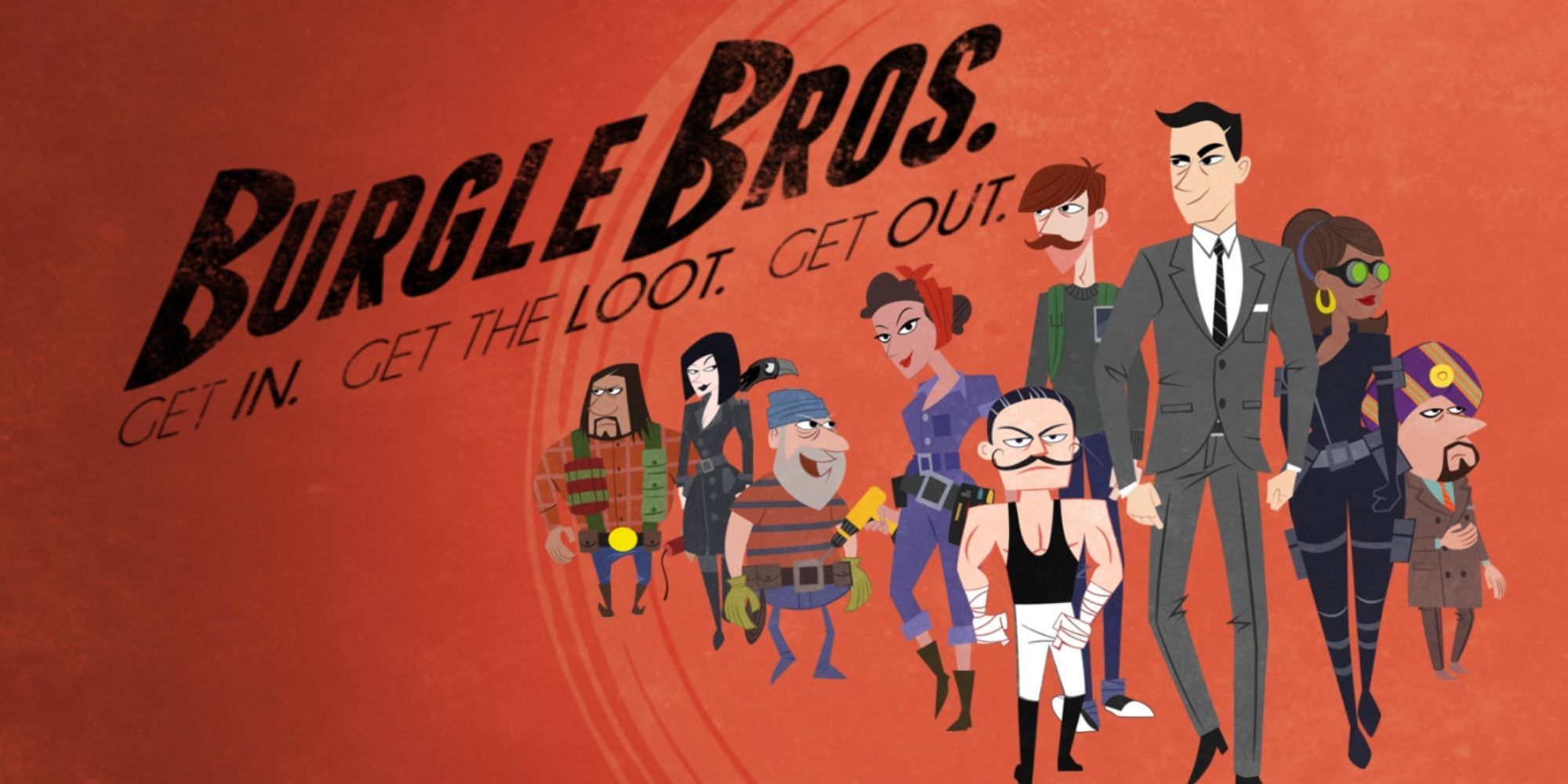 Burgle Bros is fantastic as a solo game for you to enjoy. You take on the role of expert burglars attempting to perform an elaborate heist. You must navigate all three floors of a highly secure building, avoiding guards that become more vigilant the longer you fumble around. You must break into three safes and escape with the loot to the roof, where a helicopter will fly you away.

The mobile version of this game is well worth the price. It is far cheaper than the physical version and takes away a lot of the hassle of the setup and rules. The mobile version will automate everything, allowing you to focus on your dastardly scheme to rob the place without being caught. There are several versions of the map to try out and a whole host of characters to play as. It is a challenging but incredibly satisfying and fulfilling game to play. 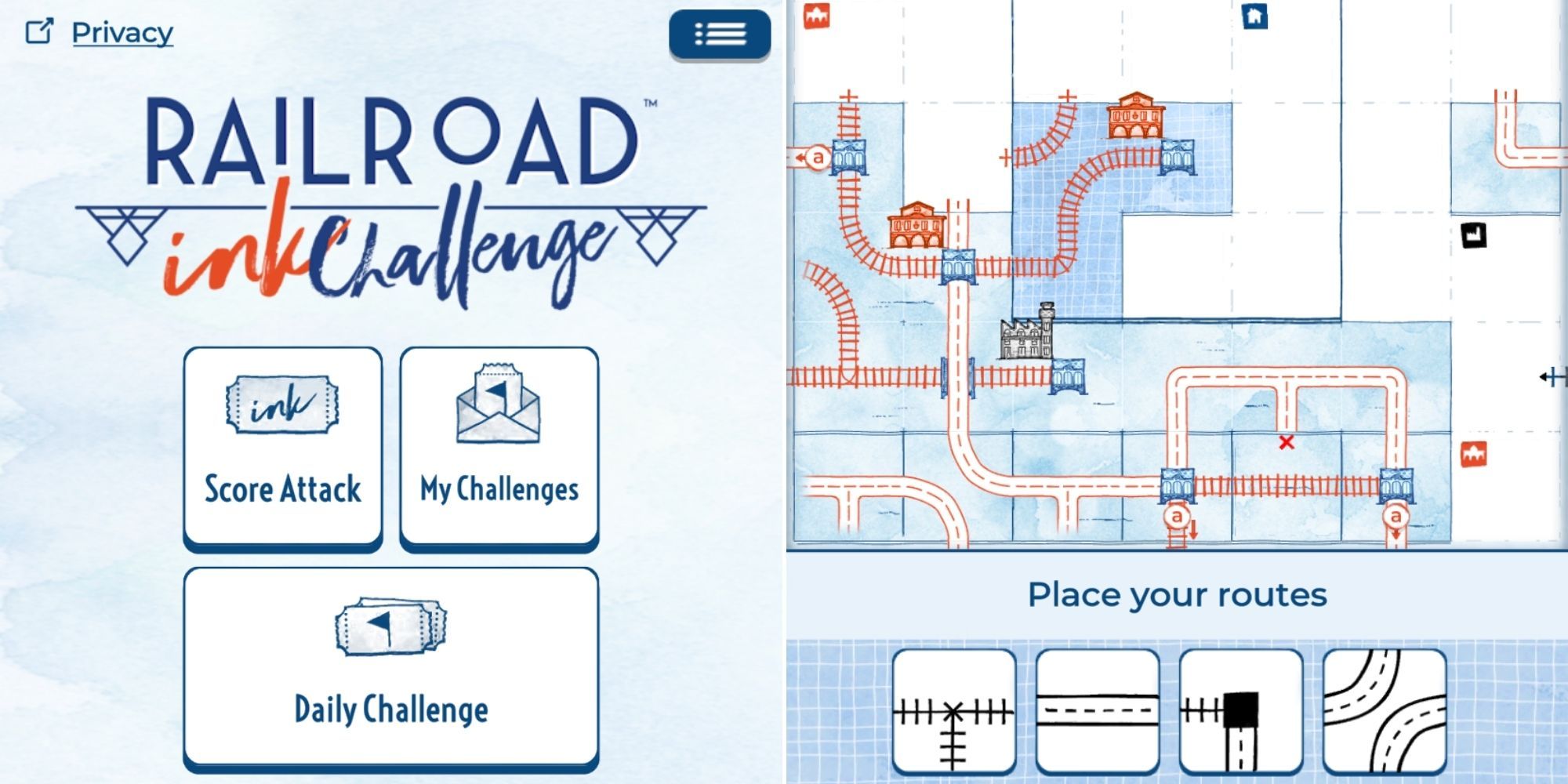 You can play this relaxing game pretty much anywhere with this beautiful app version. It is now a solo-only experience, but you can compete against others to get the highest score on the various game modes provided. For example, the daily challenge will give you unique goals to try and reach. There are also additional packs to purchase, such as the Forest Expansion, to mix things up further.

The core aim of Railroad Ink is to create as many railway and highway connections as possible. You are given a random selection of tiles to draw each round and must place them down on the map somewhere. You want to avoid creating too many dead ends and see how your score totals at the end of seven rounds. This is a quick but relaxed experience. It is also incredibly satisfying to see the final artwork of your final grid, as it is undoubtedly a lot less messy than when you play the game in person. 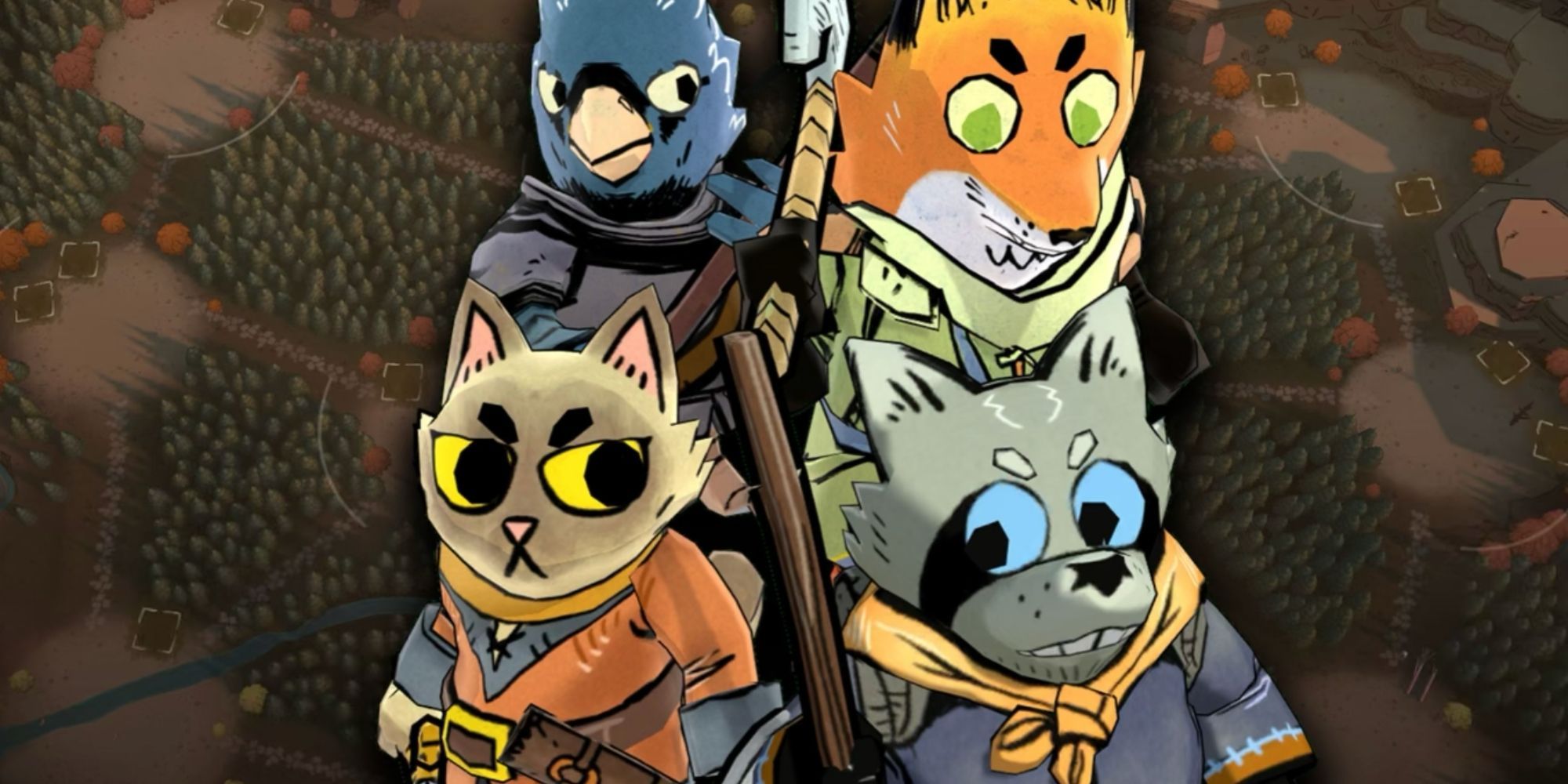 Root may seem like a cute, friendly game filled with lovable animals, but it is actually a ruthless war game. You take on the role of an animal faction attempting to gain control of the forest. Up to four players (or AI) can compete together. Each faction plays entirely differently, as they all create this unique ecosystem where your every action will affect everyone else.

This game is a lot more complex than other mobile board games, but luckily many of the rules are automated for you. Unlike the physical version of the game, where you are on your own to remember all the intricate details, the mobile version allows you to just focus on your strategy. Once you've mastered the rules, you'll be able to get hours of fun out of this fascinating game.