Video games often take players on sprawling adventures that take place across a variety of landscapes. But every now and then, we have games where the action is largely confined to an underground setting.

While this might sound like a restriction that could potentially put a limit on how varied the environments depicted can be, it hasn't stopped some developers from managing to craft games with fully-realized and believable subterranean worlds. What follows are just a few examples from the ones we've seen. 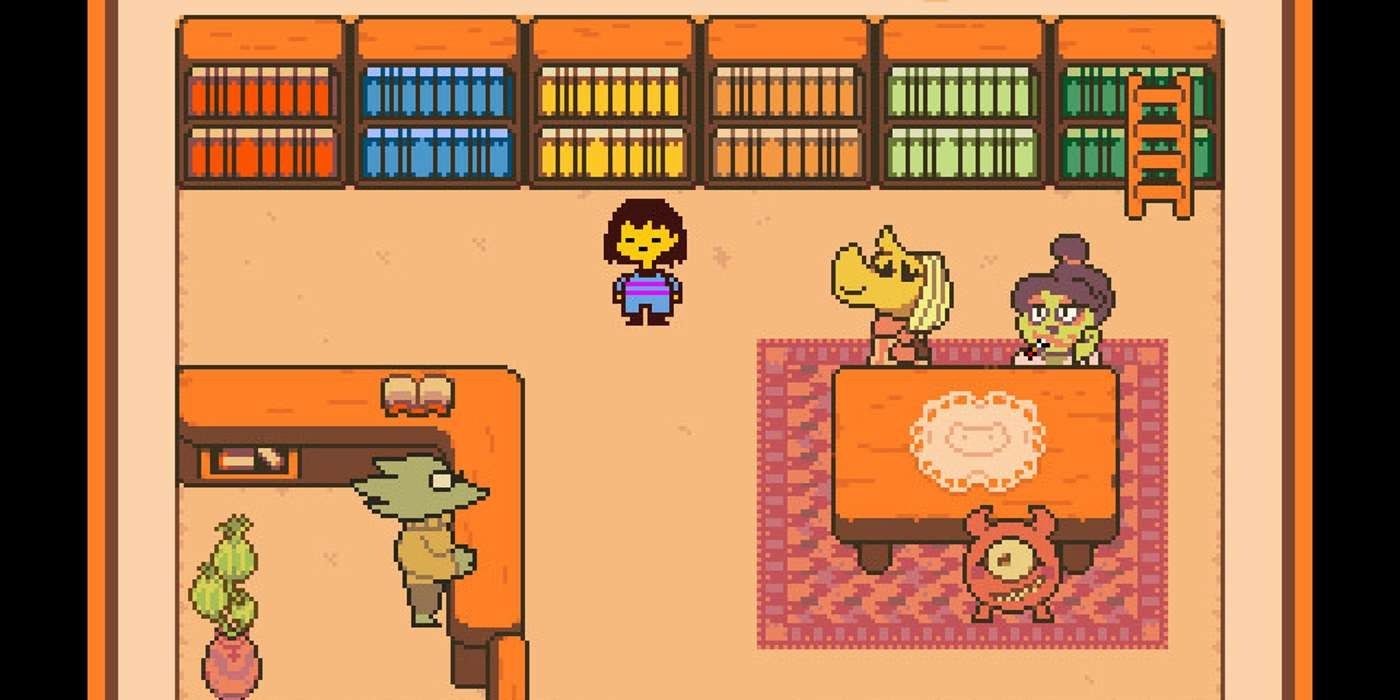 As its title suggests, Undertale is a game where the bulk of its story takes place below the Earth's surface. Players control a child called Frisk after they fall into the aptly named Underground, a world that has been sealed off from the surface through ancient magic.

The game has you journeying through the different regions that make up the Underground, each with its own distinct environment, like the snow-covered Snowdin or the high-tech CORE. You'll have to interact with its various monster denizens by either fighting or befriending them as you try to make your way back to the surface. 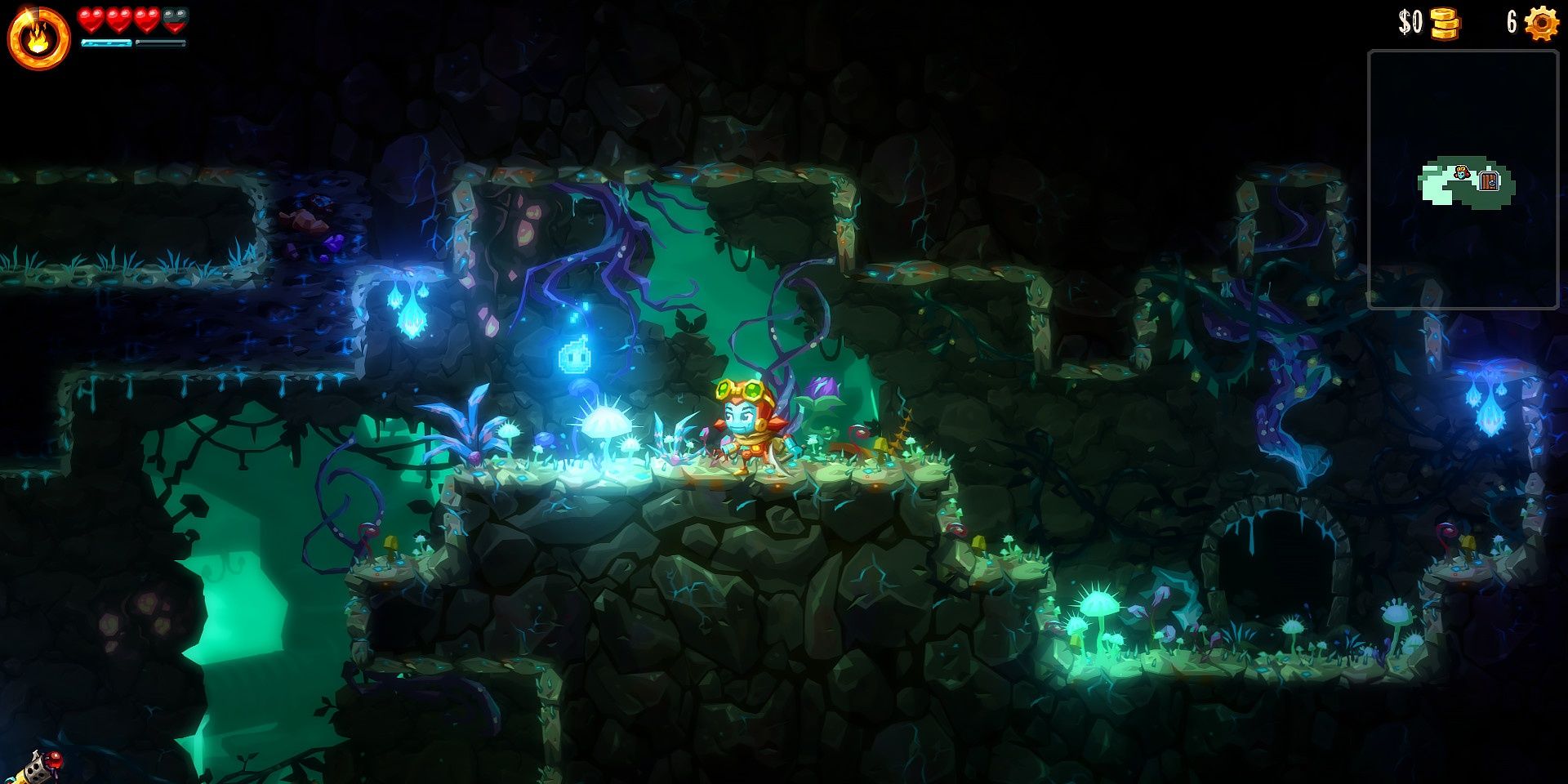 The SteamWorld series might span multiple genres, from tower defense to deck-building RPG, but one thing that seems to hold those games together is their worldbuilding. Each one is set in a post-apocalyptic steampunk world populated by robots.

And in SteamWorld Dig 2, players play as a robot named Dorothy whose quest to find her missing friend takes her to the mining town of El Machino. The gameplay loop involves exploring the depths of the underground mines as far as you can go, returning to town with your loot to upgrade your gear, and returning to the mines again to try to get even further than last time. 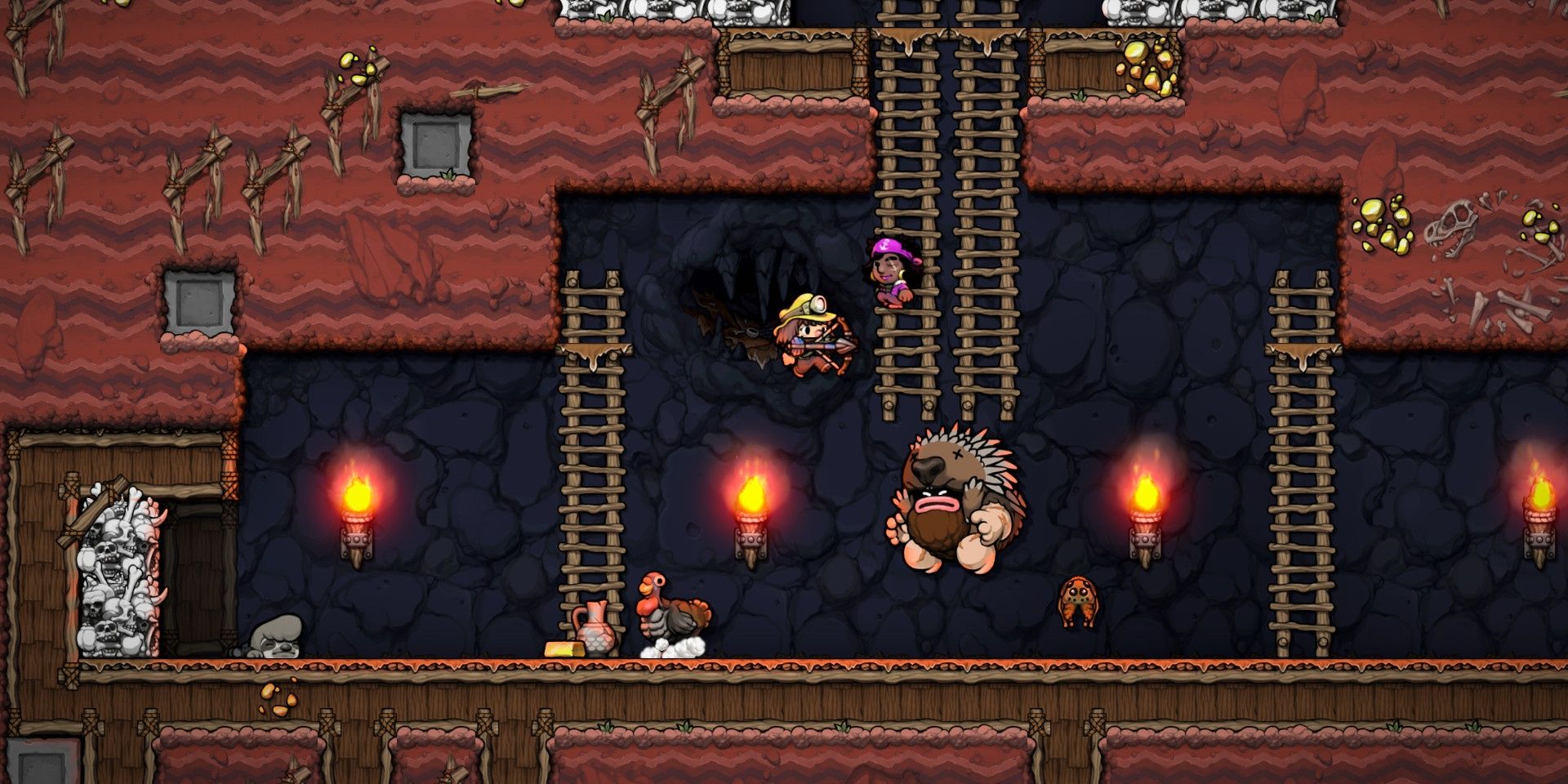 Speaking of loot and upgrades, another game that has players exploring dark caverns over and over again is Spelunky 2. Released in 2020 on the PC and PS4 (with versions for the Nintendo Switch, Xbox One, and Xbox Series X|S coming afterward), the game serves as a sequel to 2008's Spelunky.

You play as a young girl named Ana, exploring the many caverns of the moon in search of her missing parents. Much like the first game, the caves you explore in Spelunky 2 are procedurally generated, meaning that the layout gets reset each time you die, making each run somewhat different from the last. 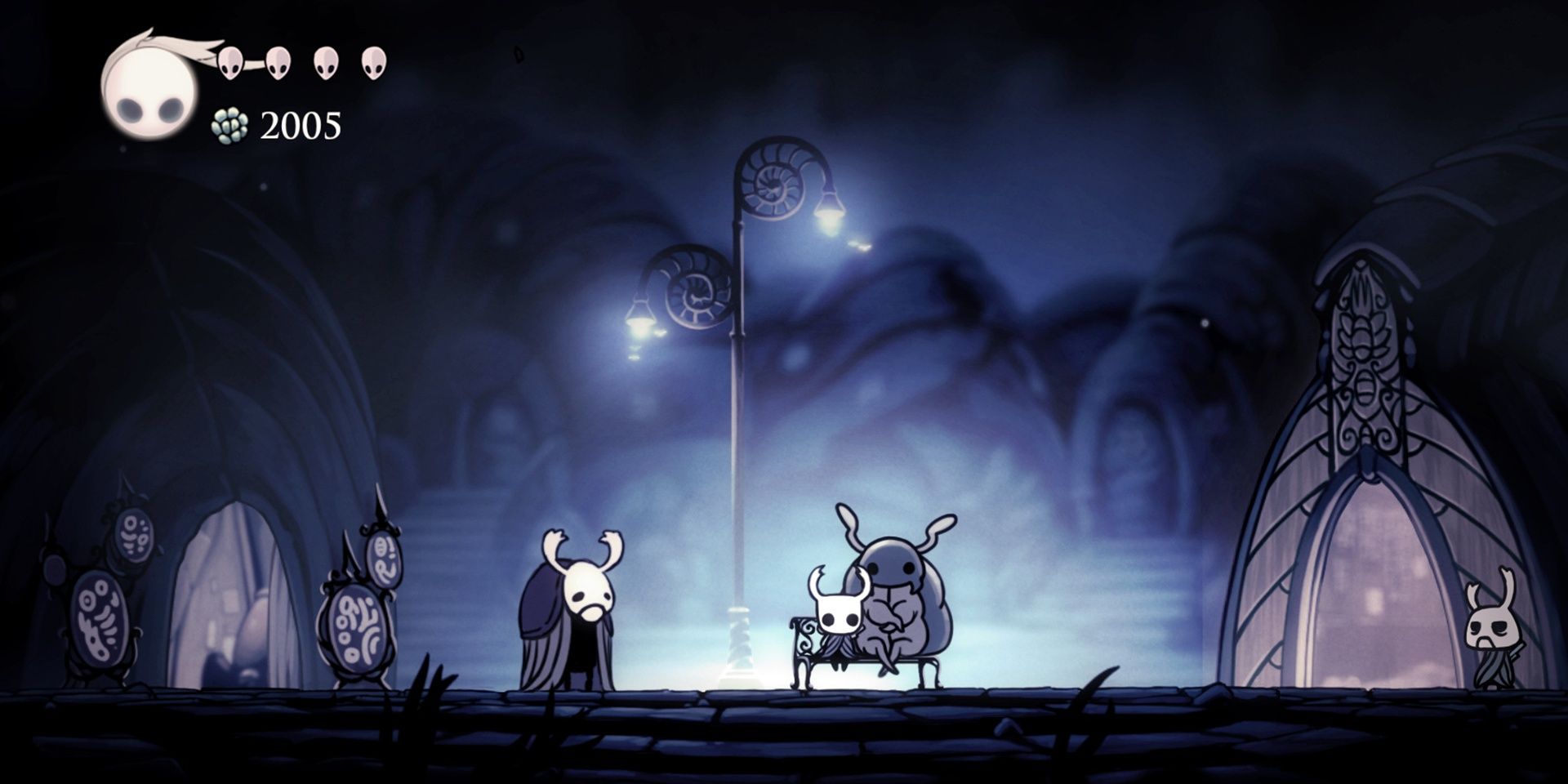 Developed by Team Cherry, Hollow Knight is a Metroidvania where players play as an insect-like protagonist simply referred to as the Knight. It is often cited as one of the best modern games in its genre, while its sequel, Hollow Knight: Silksong, currently ranks as one of the most hotly anticipated indie games for the Nintendo Switch.

Much of Hollow Knight takes place in a network of caves and tunnels known as Hallownest. Its dimly lit environments are brought to life through the game's striking hand-drawn art style, conveying a sense of both beauty and ruin. 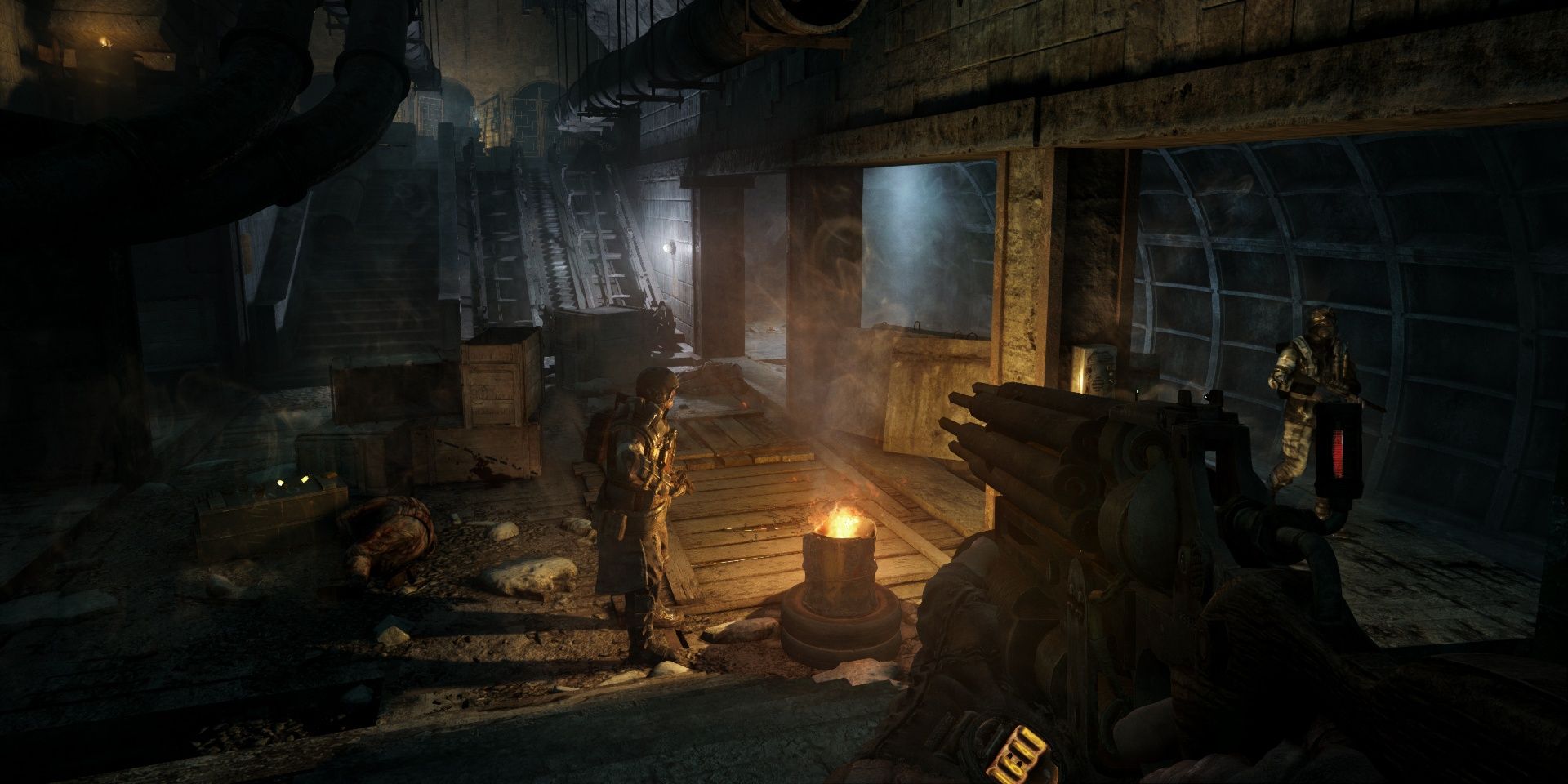 In Metro 2033, survivors of a global nuclear holocaust have been forced to take shelter in the Moscow Metro, a complex network of railway tunnels and underground bunkers. The game is based on a book by a Russian journalist named Dmitry Glukhovsky.

At the time of its original release in 2010, it was considered one of the best-looking games on PC and the Xbox 360. Two sequels have since been released, with the most recent one being Metro Exodus in 2019. 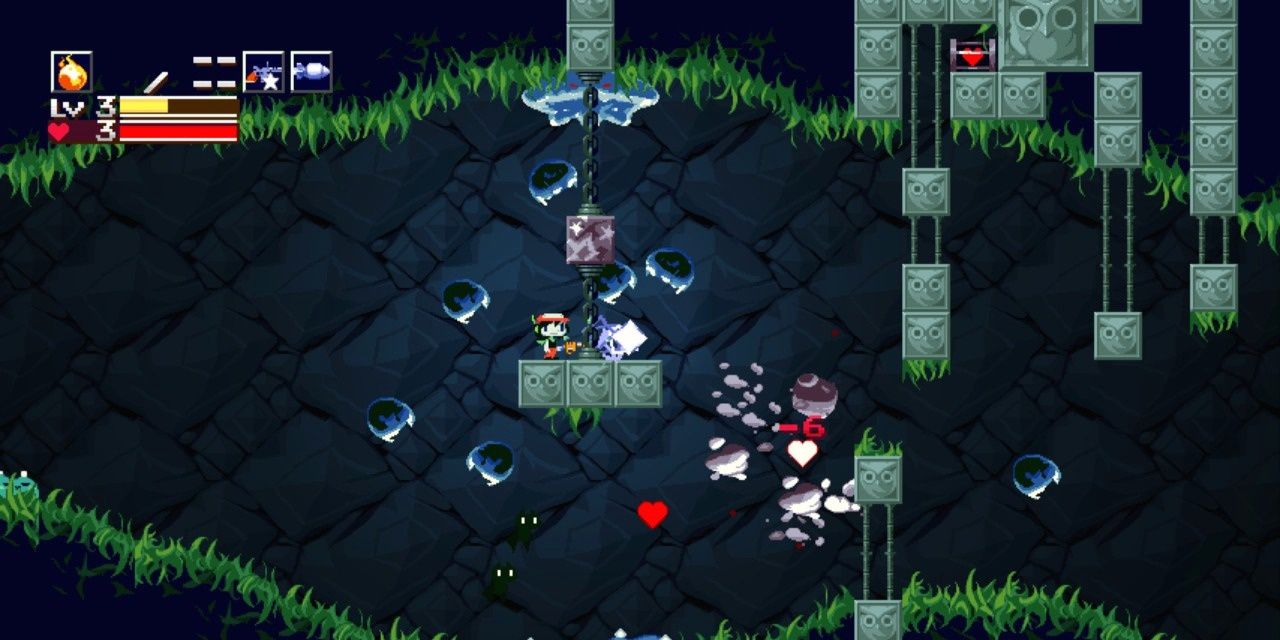 Cave Story is another game that, as its name suggests, takes place within the underground confines of a cave. The cave in question is located on a floating island populated by sentient rabbits, where the player character wakes up with no memory of how he got there.

The game was solely developed by Daisuke "Pixel" Amaya, a Japanese developer who had worked on it during his free time over five years. Several ports and versions of the game have been released since it first made its debut on PC in 2004. These include Cave Story+, released on PC in 2011, as well as Cave Story 3D, which was also released in 2011 on the Nintendo 3DS. 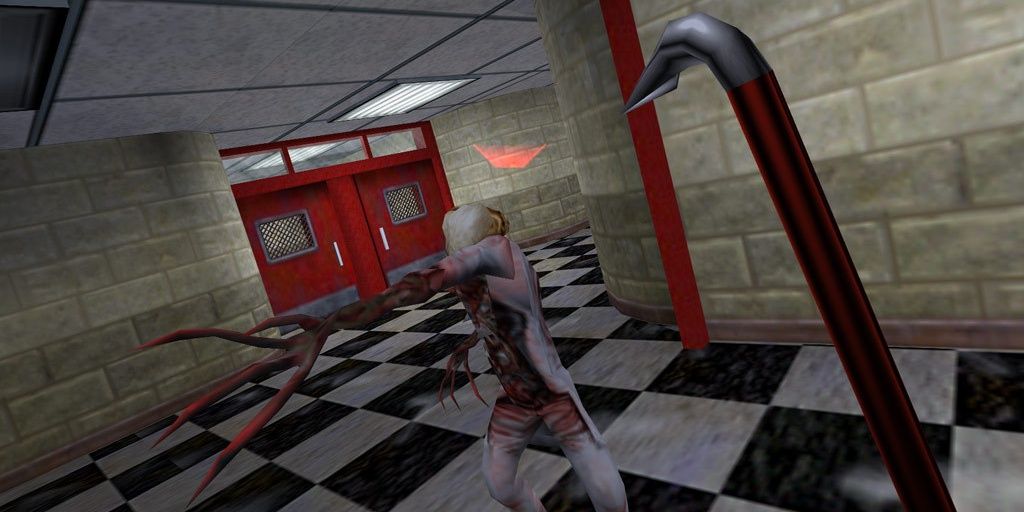 Half-Life is considered one of the most iconic first-person shooters ever made for multiple reasons. But by far its biggest innovation was the immersion it gave players through its unbroken first-person presentation. None of that would be particularly novel, though, if it didn't also have the ideal setting to take advantage of that immersion.

The game takes place in the Black Mesa research facility, a largely subterranean complex located in the New Mexico desert. The location was recently given a facelift through a remake of the original game called Black Mesa, which was released for PC in 2020. 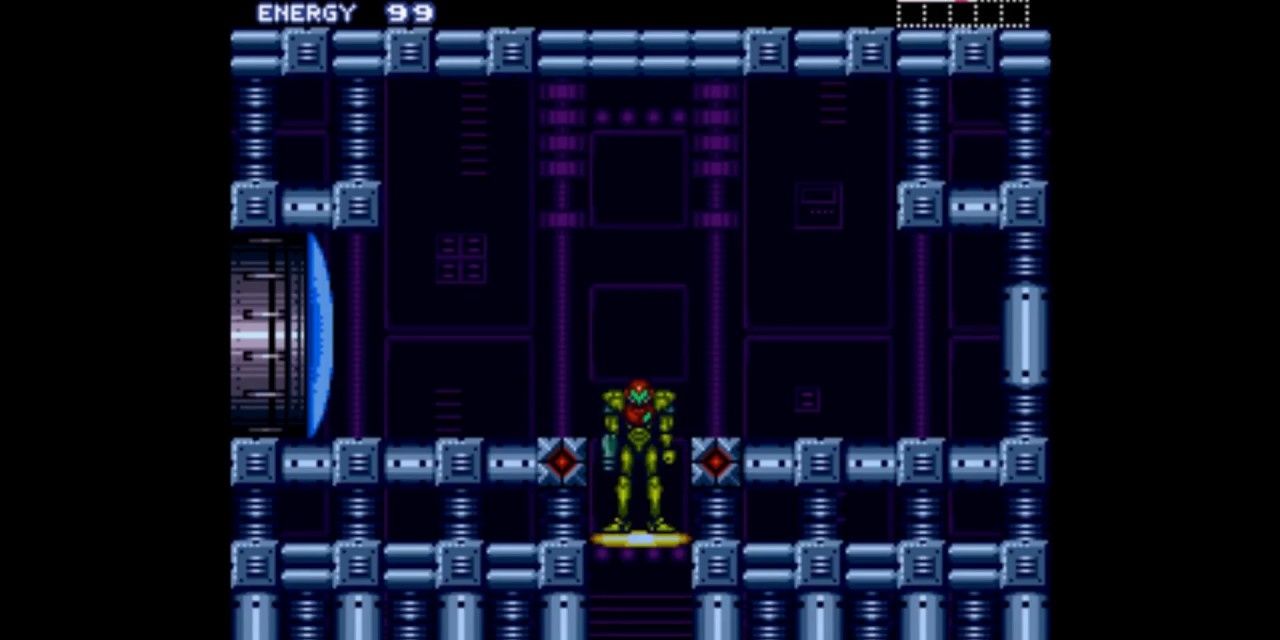 The Metroid games have always been genre-defining experiences, inspiring the coinage of the term Metroidvania (along with the games in the Castlevania series). But if there is one entry often cited as the definitive Metroid game, that title is Super Metroid.

Released on the Super Nintendo in 1994, the game has players controlling Samus Aran as she traverses her way through the alien structures of planet Zebes. Most of those structures are, of course, located underneath the planet's surface, with Samus gaining access to new areas as she unlocks several power-ups during her adventure.