Gears Tactics took the legendary genre-defining third-person shooter Gears of War and transformed it into a turn-based strategy game. There is a lot to love – and not love – about Gears Tactics, and those who are fans of the series will certainly derive a lot of enjoyment from its lore and narrative. However, for those just jumping into the series, or even experiencing a tactical strategy game for the first time, you’ll likely want to know a few tips and tricks before you start.

From knowing just when to retaliate against the overwhelming odds to understanding specific skills in the heat of battle, there are a plethora of things you should know about before playing Gears Tactics. While it is certainly a good entry point for newcomers to the series and genre, it is nevertheless quite challenging. So, buckle up and learn all about how to best take down those Grubs.

8 It Can Be Quite Gory 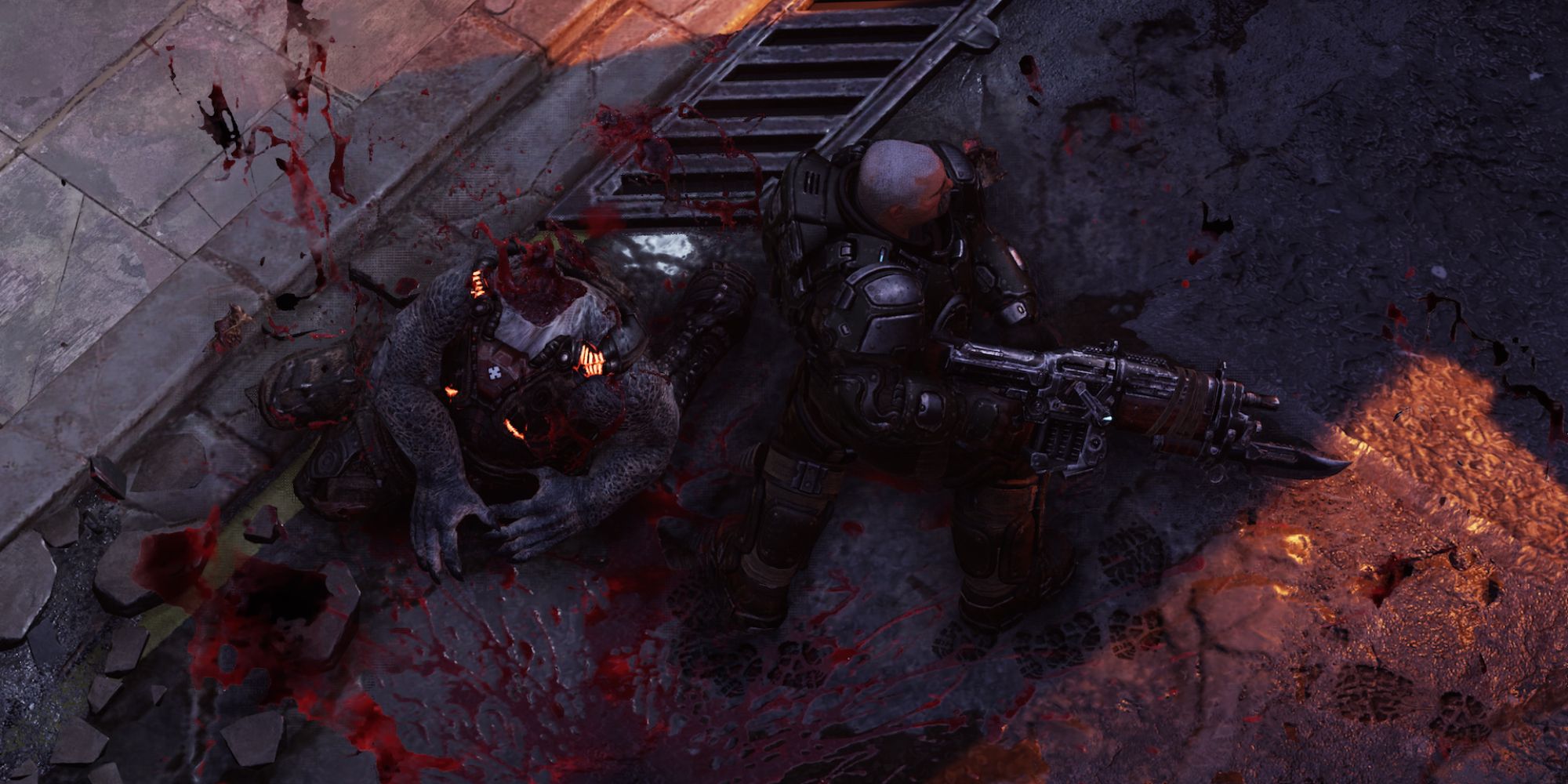 Gears of War isn't a series known for colourful rainbows and long walks on the beach. No, the Gears of War games are brutally violent, viscerally bleak and brazenly vile. That's what a lot of people love about the series and its monochrome world. However, newcomers to the series who are perhaps interested in Gears Tactics for its tactical gameplay as opposed to its world may find the gore a little off-putting. If you're not used to Gears of War's brand of bloody brutality, then it's more than fair to be a little repulsed.

Fortunately, the developers had the foresight to expect this and have added in an option to remove the gore. If you simply want to enjoy the pleasures of maneuvering a band of soldiers in a treacherous environment where the odds are stacked against you but bloodless, then fortunately you can. All you need to do is head into the options menu and switch off the gore. 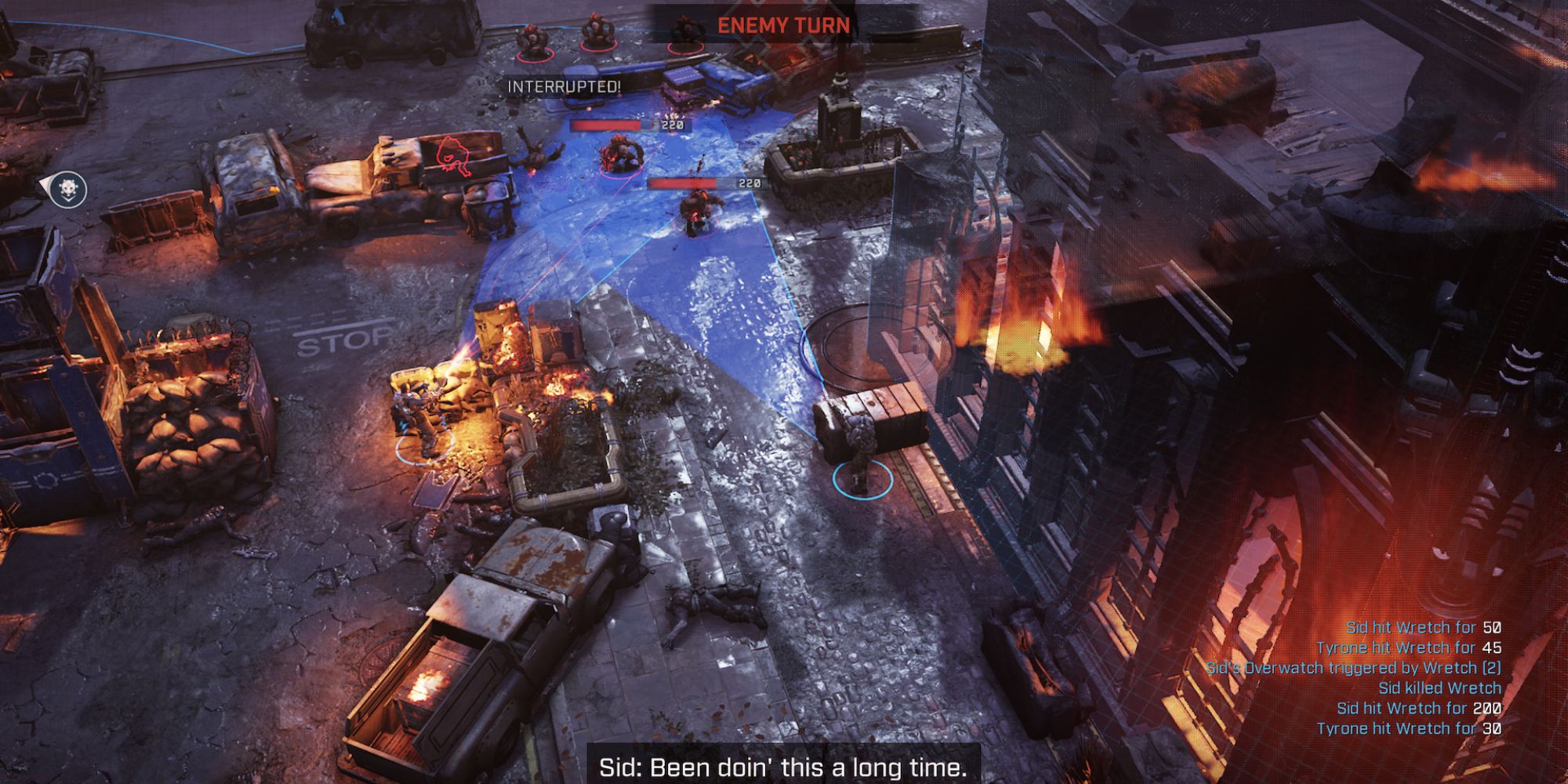 It is very easy to get overwhelmed in Gears Tactics. The game tends to throw a lot of enemies at you all at once, especially the small, melee-focused Wretches. Unfortunately, due to the small number of action points at your disposal, you simply won't be able to pick them all off before they get to you. This is where your Overwatch skill comes in.

Overwatch lets you cover a particular area of the battlefield. Should anyone walk into your bright blue field of view, you'll gun them down. It is a particularly helpful skill to cull the number of enemies approaching you. You can also use it in a range of different strategies, such as forcing an enemy out from behind a wall while covering the area next to it, so it's forced to move through your Overwatch. If you're clever, you can take down multiple enemies all at once. Just make sure you have enough bullets left in the chamber. 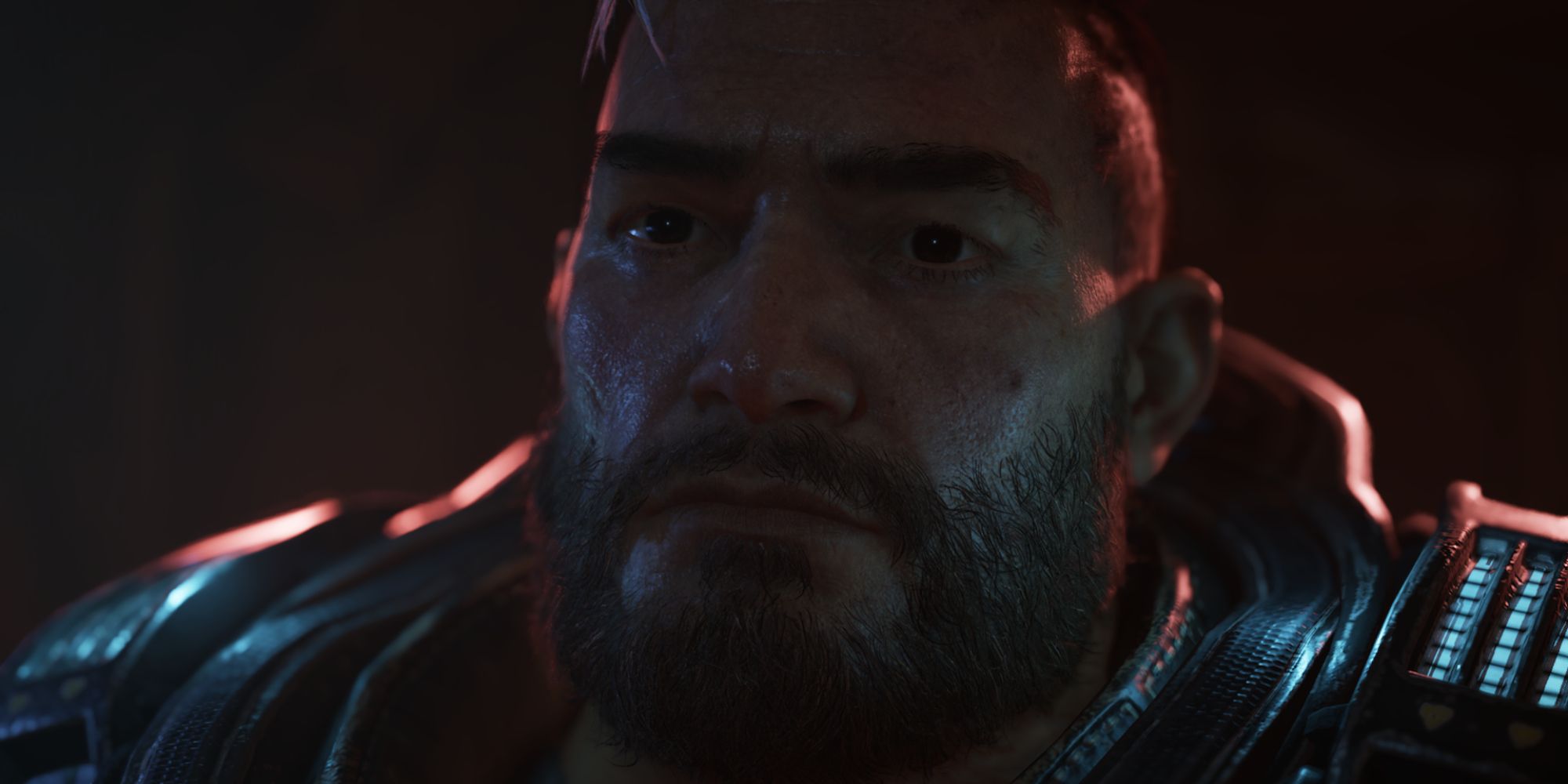 The Gears of War titles tend to have pretty amazing narratives. From emotional character deaths to evocative and explosive action sequences, these stories are filled with powerful and incredibly memorable moments. So, why is it a shock that Gears Tactics, a game in the same series, has so many narrative moments? Because the games it takes its inspiration from, namely Xcom, don't tend to put a strong narrative at the forefront.

In the past, tactical turn-based strategy games have tended to focus on gameplay over narrative and have kept their stories simple. However, Gears Tactics full embraces its story, including references and characters from across the series and integrating it into the wider world. The game reportedly takes 23 hours to beat or even longer if you do all of the side content. There's a lot on offer here, so for those looking for a more story-centric turn-based strategy game, Gears Tactics is for you.

5 There Are Two Different Game Modes 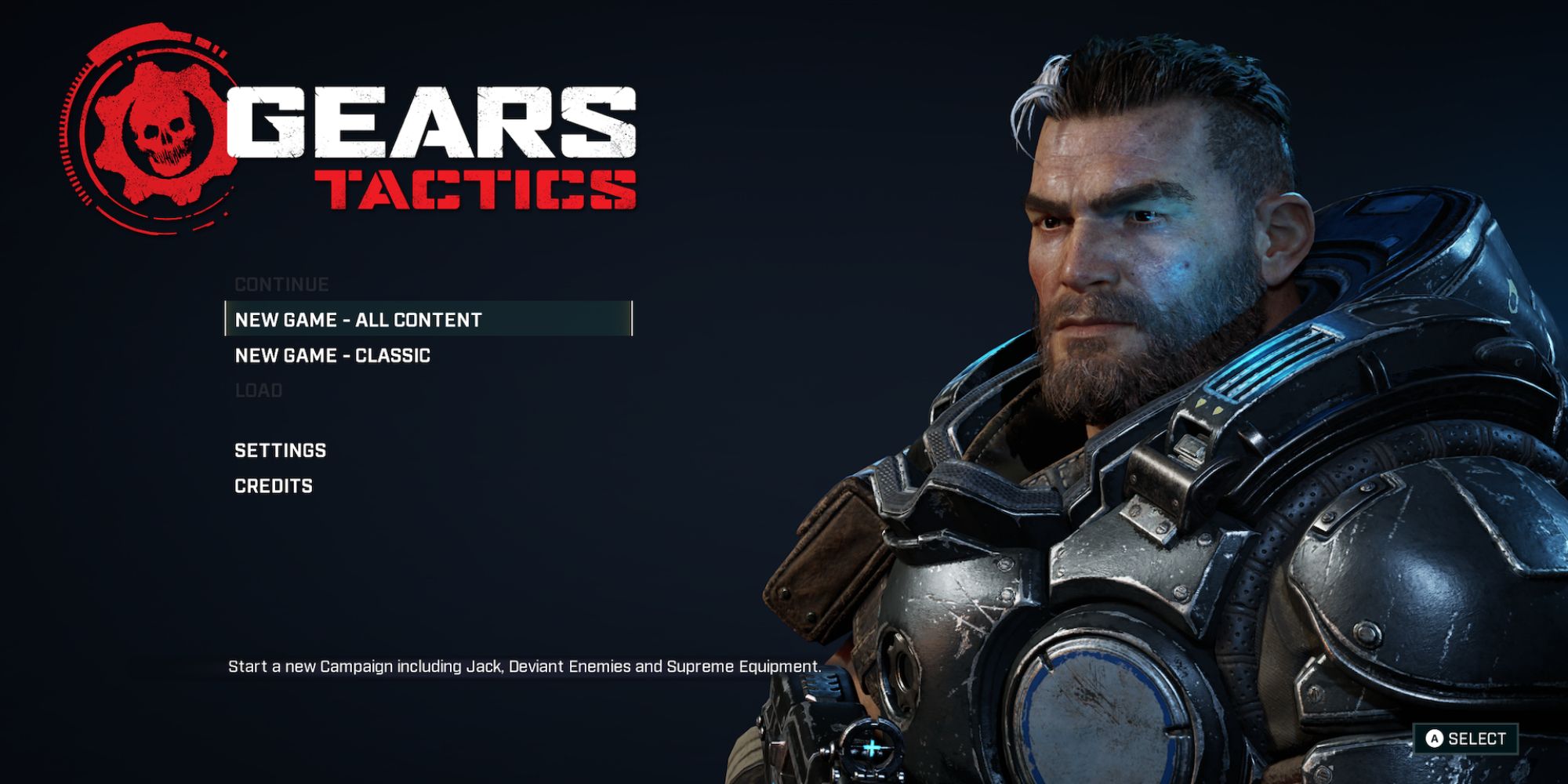 From the very moment you start playing Gears Tactics, you’ll be presented with a choice. There are two different ways of playing the game: Jacked Mode and Classic Mode. Both of these feature the same campaign and story, but there are a few differences to make a note of.

The Classic Mode is essentially the original game. It is everything that people got to experience on the day Gears Tactics launched. Jacked Mode is a slightly revamped experience that features the adorable Jack from the original series as well as new enemy types. While many may think picking the Jacked Mode makes the most sense as you’ll have access to more content, for those looking to replay Gears Tactics at a later point, picking Classic Mode first is a good choice. There is a lot to do once you’ve beaten Gears Tactics and experiencing it with a fresh coat of paint is far more enjoyable. 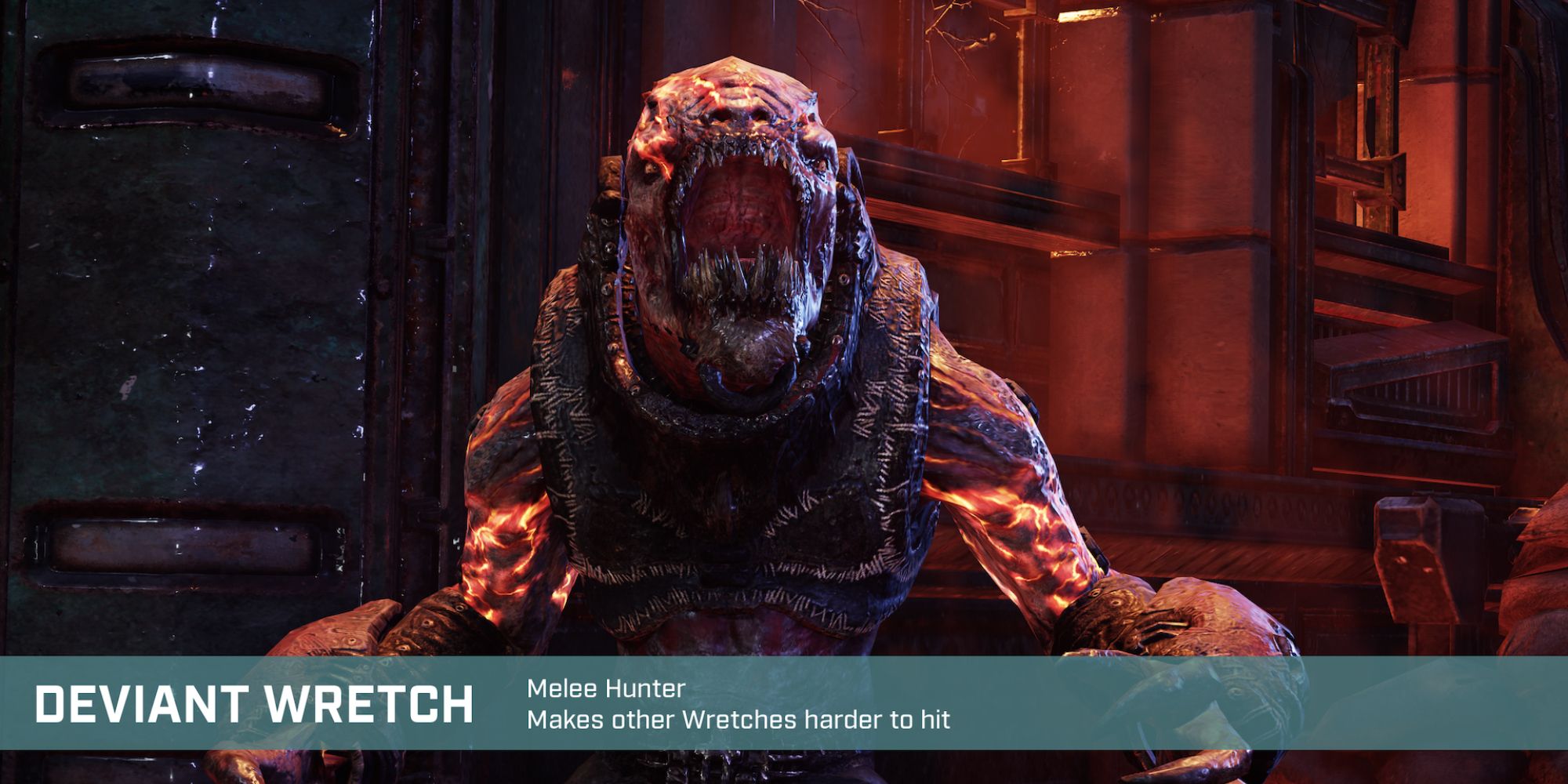 There are a lot of enemy types in Gears Tactics. Every single one of them plays and acts differently, prioritizing more aggressive or defensive tactics and wiping out your squad in their own unique ways. So, paying attention to what they all do, how they behave, what guns they use and what makes them tick is a great way to ensure they remain absolutely dead.

Whenever a new enemy is introduced, you'll get a slight briefing on what style of combat they prefer and if they have any notable skills. From then on, you need to treat each enemy differently. For example, you'll need to make sure to have enough Gears to take down a Grenadier as they take a lot more to kill the more damage they take whereas you'll only need to have your heavy primed and ready to mow down any incoming Wretches. If you know who you're up against, then they'll be significantly easier to take down. 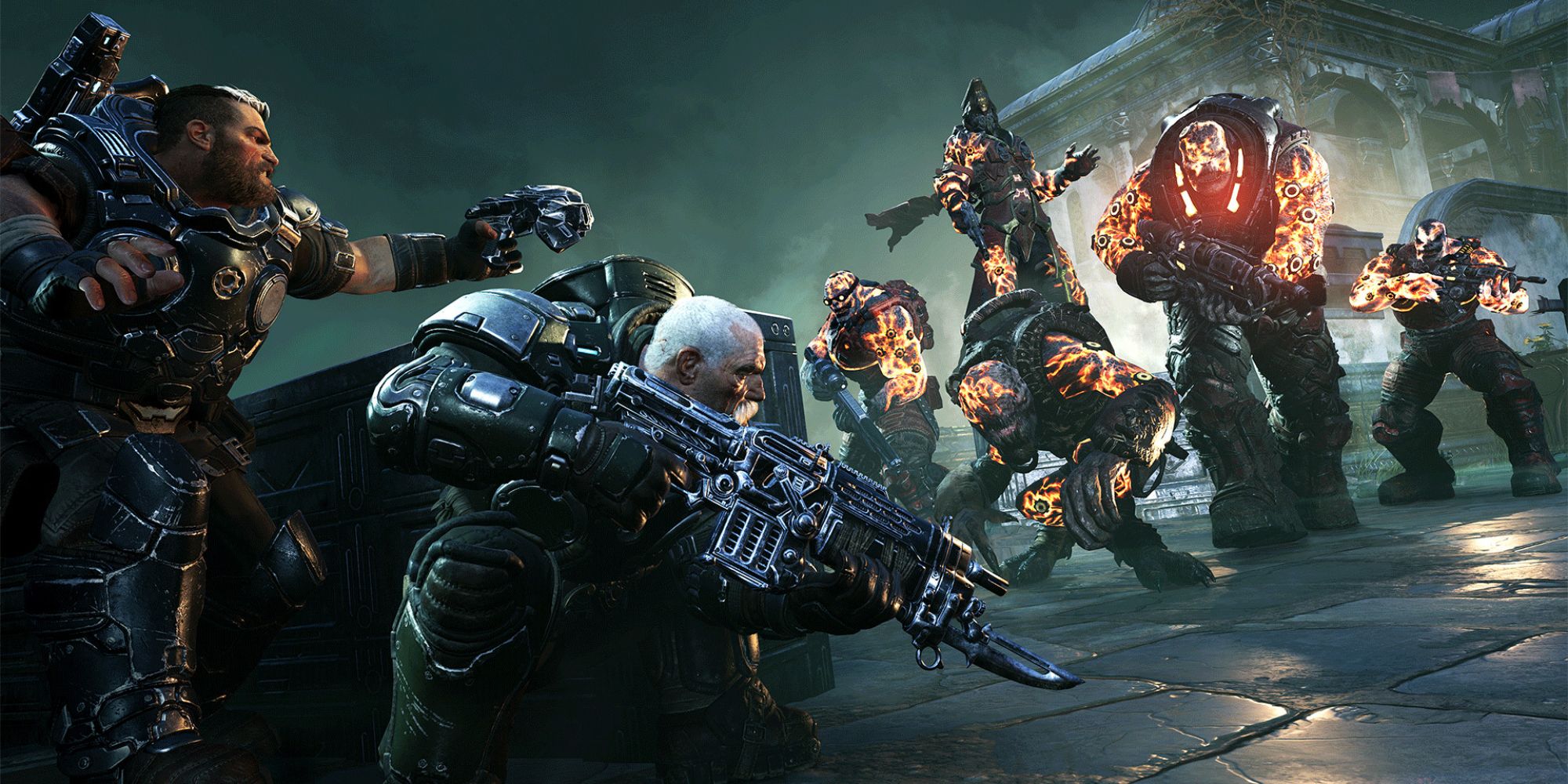 The second wind ability does what it says on the tin. If any of your Gears are downed, then they'll be able to activate this literally life-saving ability. For the cost of a quarter of your life bar (for the rest of that mission only), you'll be able to come back with a singular action point. This means if any of your characters are unceremoniously caught in an enemies Overwatch, or simply hit by a stray bullet while cowering behind cover, then you'll be able to get them back into the fight.

Making sure to activate it whenever you can is crucial, as having a downed Gear is about as helpful as a potato with a gun. While it does cost them that little bit of health, they'll be of a lot more use to you up and fighting than squirming around on the floor. 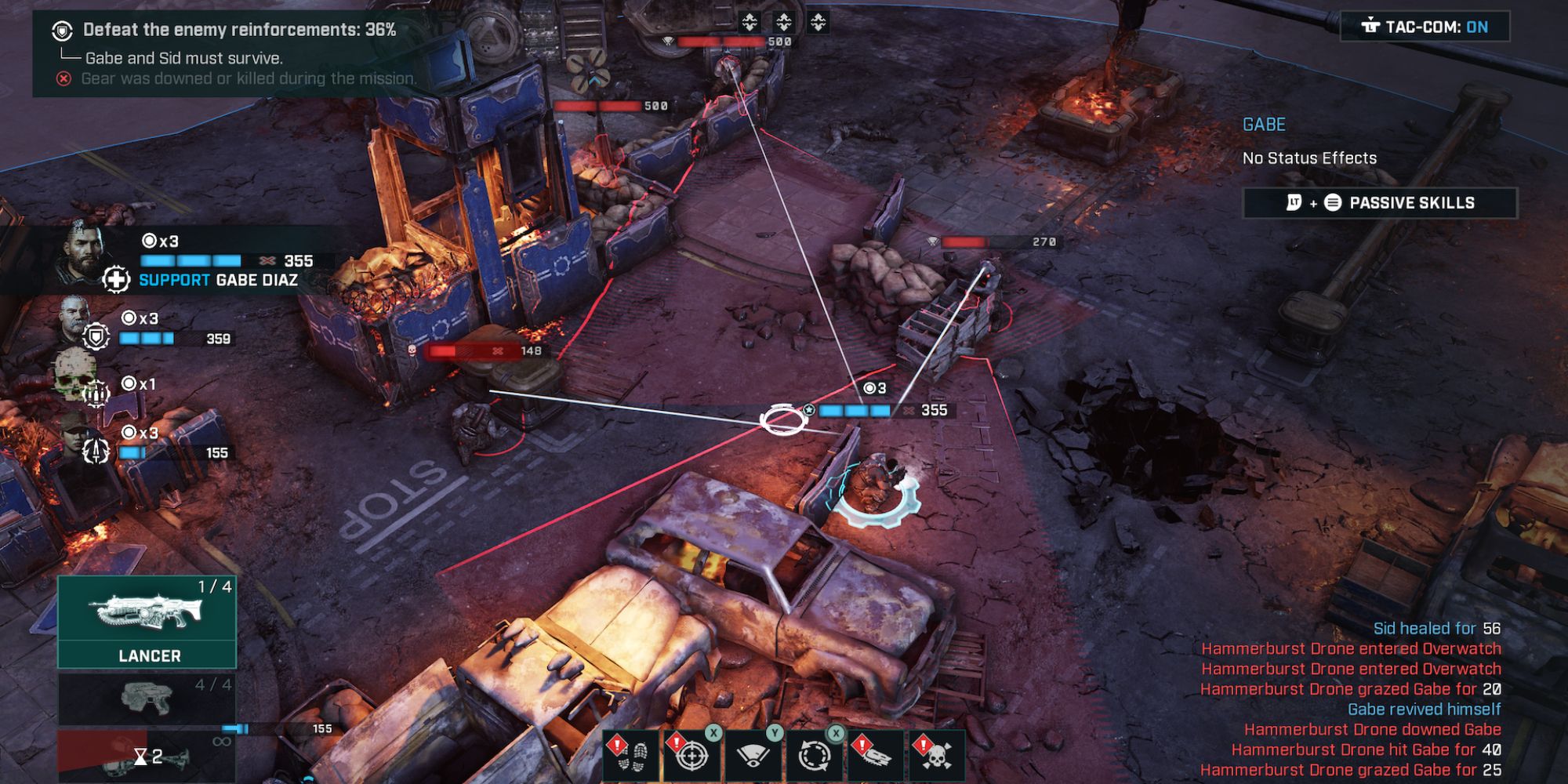 Hammerburst Drones, the basic grunt type in Gears Tactics, sure do love to activate Overwatch. As they tend to come in large packs, you'll often find one or two of your Gears completely surrounded. If you shoot, move or even scratch your nose, you'll be shot from all angles. Fortunately, there's a way around this. All you need to do is disrupt the enemy.

There are a few ways of doing this, including by using abilities you'll unlock the more you play. However, the easiest way – and the way you can do it from the outset – is to use the Disrupt ability. You can activate this through your Snub pistol, and while it won't do much damage, it'll remove their field of view and stop them from shooting at you if you move. It doesn't take much, and it'll absolutely save the lives of your Gears. 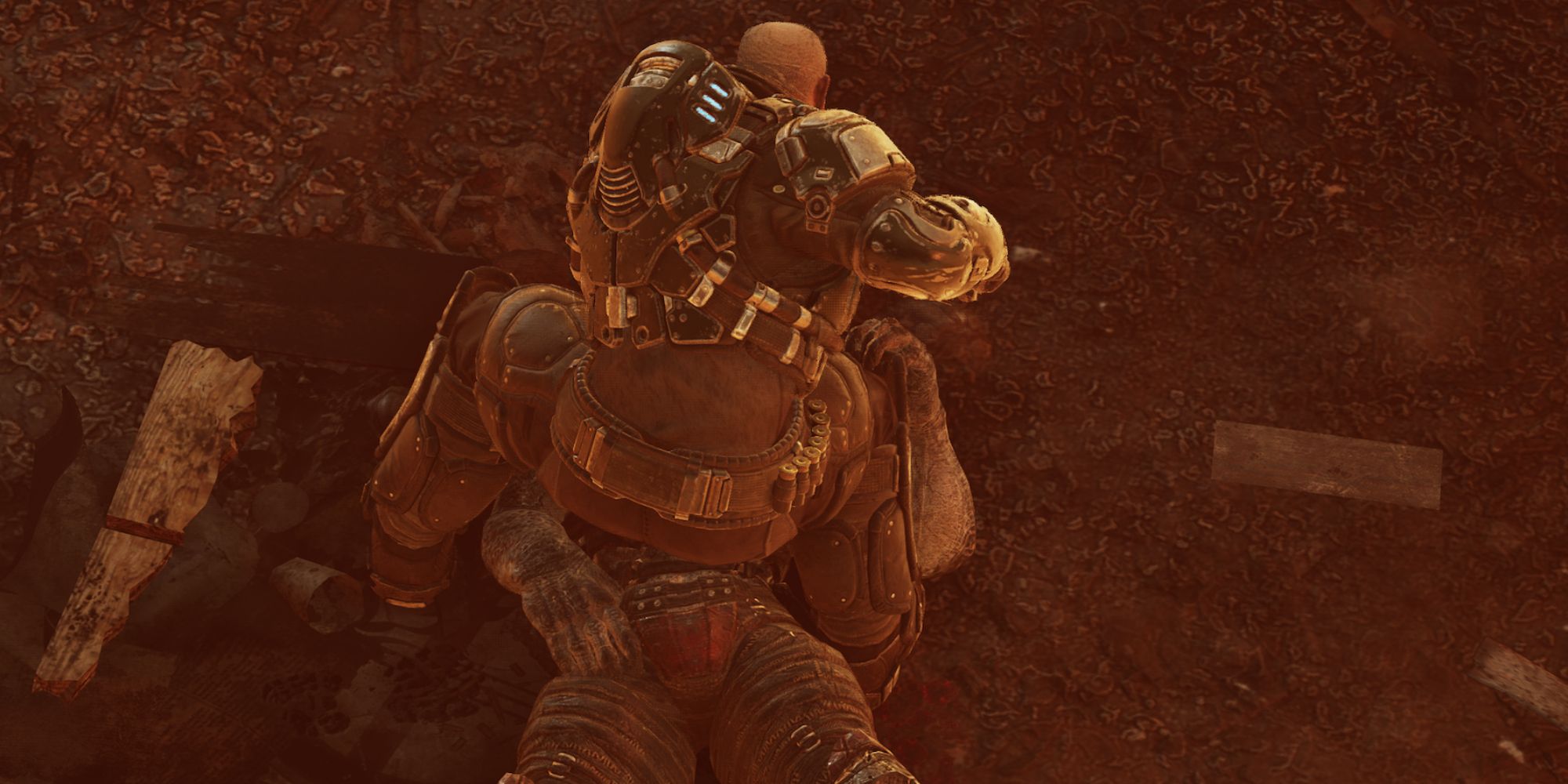 There is a lot to manage in Gears Tactics. From unique character and class abilities to the various types of enemies you’ll encounter, you’ll have a lot to pay attention to. So, there is a very good chance you’ll have missed the execution ability, among other things. The execution ability is one of the most important tools in your arsenal alongside being a fun callback to the original series.

By performing an execution on an injured enemy, you’ll grant everyone in your team an additional action point. As action points are incredibly valuable and used to complete practically every mechanic of the game, you’ll want to pool as many as possible. Performing executions is a mostly safe way of doing this, and it also nets you a flashy, albeit gory, animation too. There isn’t really all that much to lose by doing executions, but there is a whole lot to gain.