Have you ever wondered how you could spice up your Xbox gaming experience? Luckily, you're not alone. There are tons of people, including Microsoft themselves, who have made it their mission to provide the things you might need to make gaming go from good to great.

Today, we're covering some of the best accessories you can find on the market for your Xbox One or Xbox Series X|S. Some cost a pretty penny, while others are so affordable that you practically can't afford to not buy them! 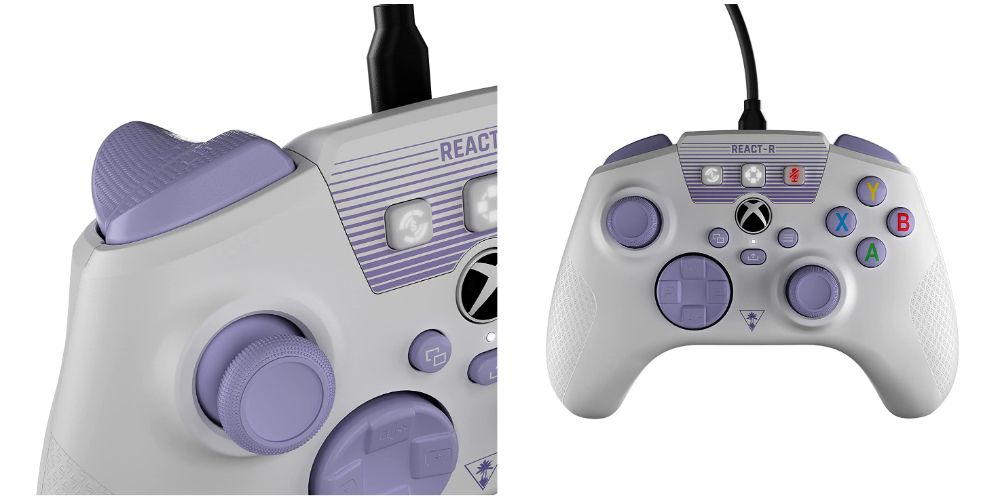 We're currently experiencing shortages of official Xbox controllers, just in time for the summer holidays when you or your family want to invite friends to play co-op. So what's the solution? You can still grab plenty of decent third-party controllers! The Turtle Beach React-R wired controller is officially licensed for Xbox, doesn't break the bank, and offers great value for money.

It's compatible with Xbox One, Xbox X|S, and PC and has vibration feedback with dual rumble motors. It features additional buttons, such as quick-access audio controls, Superhuman Hearing, quick-mute, and game and chat volume controls so that you can adapt your gameplay on the fly. Additionally, there are two mappable quick-action buttons, so you can really customise your gameplay. 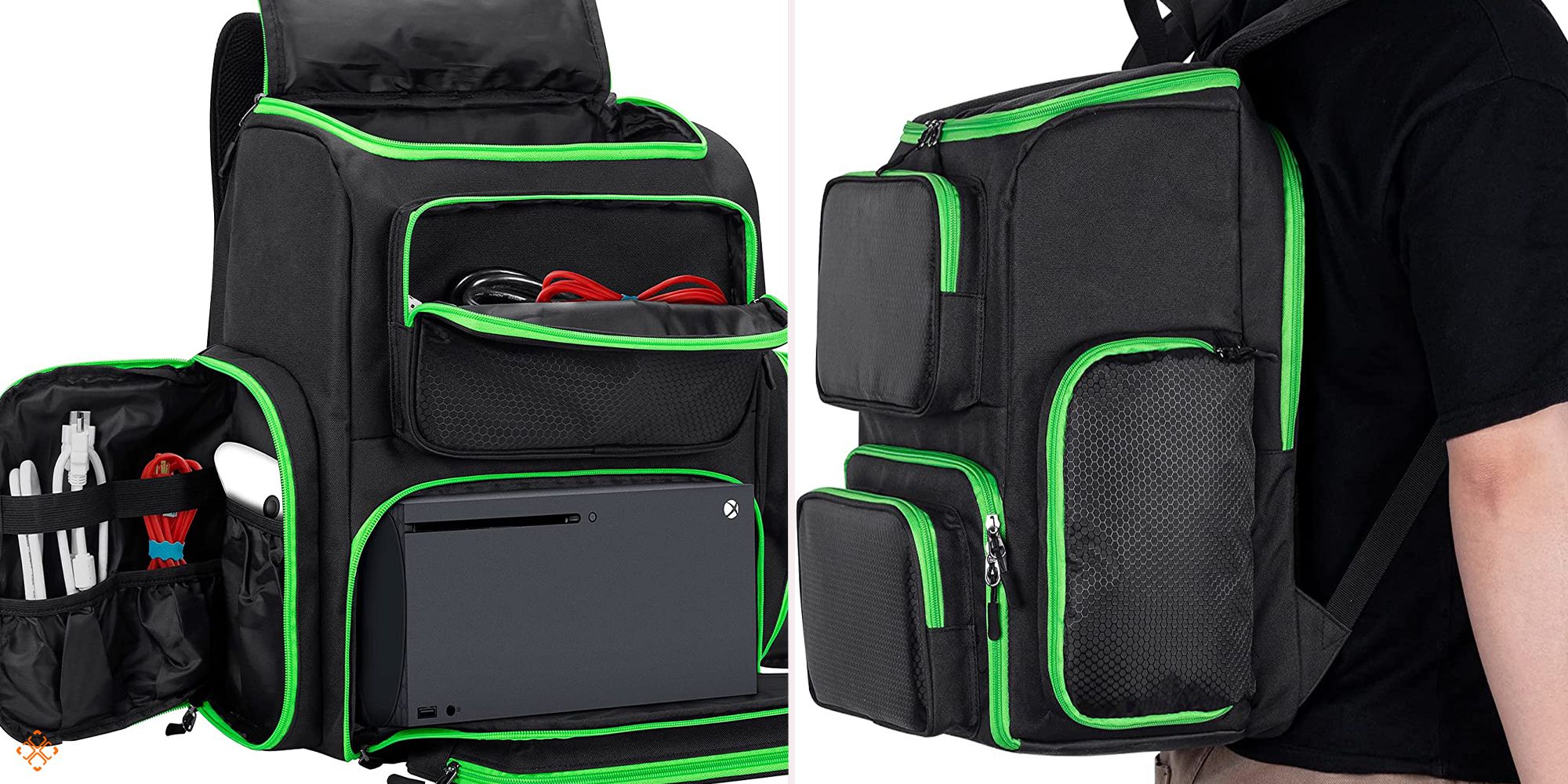 If you're the type who moves around a lot, and maybe enjoys having LAN parties with friends, then a travel backpack for your Xbox is essential. Sure, you could just throw it in any other bag, but do you really want to take a gamble on your console being damaged?

This backpack from Trunab is specifically designed for the Xbox Series X. It's huge on the inside and comes with tons of padding to keep your tech safe. There are pockets for all of your cords that make cable management super easy, and they even include a back pocket for your laptop or portable monitor. 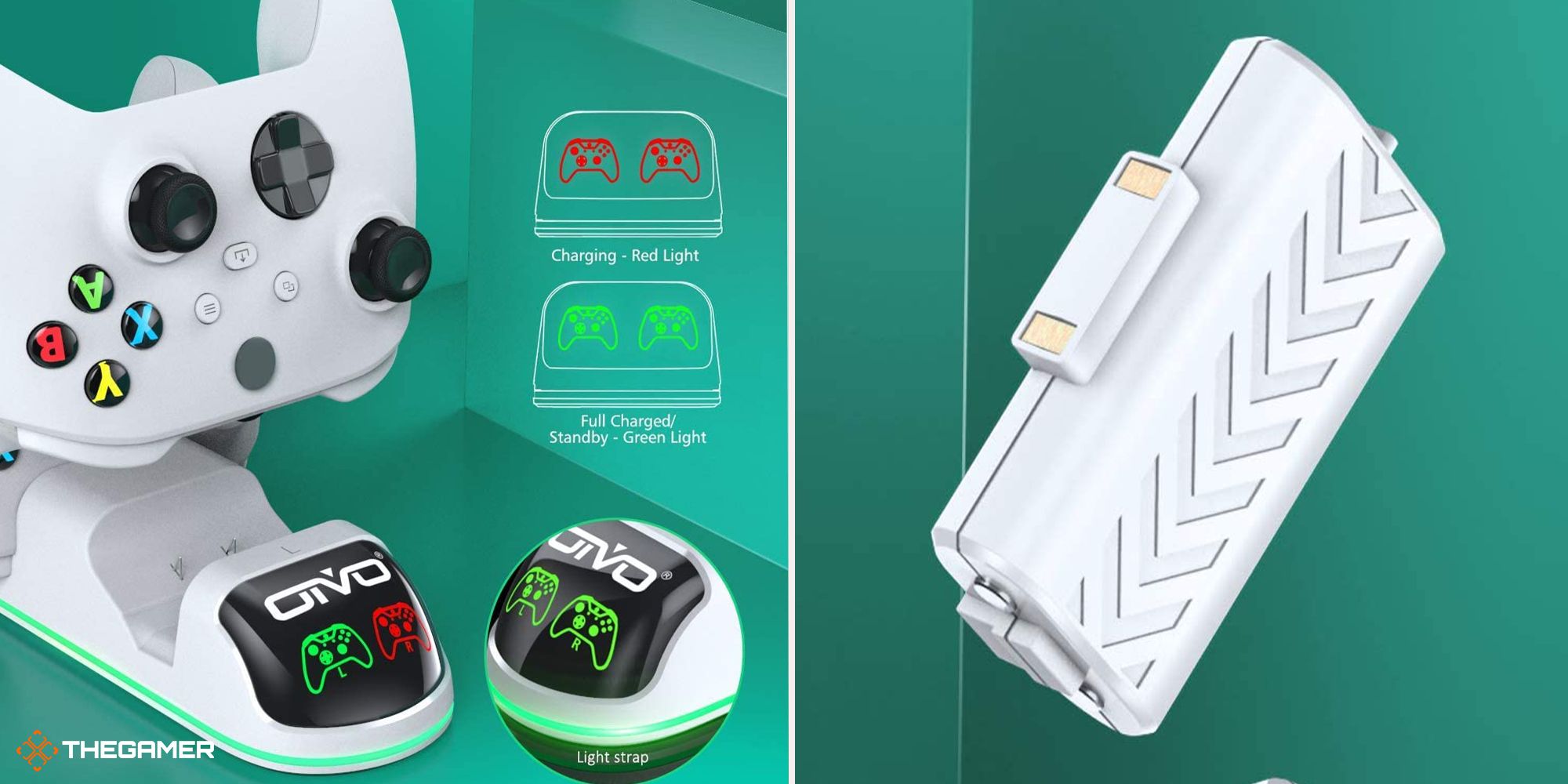 Xbox, unlike its competitors at Sony and Nintendo, hasn't caught on and made its controllers rechargeable yet. You still need to put in and take out batteries every time it dies. There are lots of different recharge battery packs out there to solve this problem, both official and third-party, but we've found the OIVO Controller Charger is a great option.

The OIVO Controller Charger comes with a stand and two battery packs that fit in the place where you'd usually put AA batteries in an Xbox controller. Once you've inserted those, charging your controllers is as easy as placing them into the plugged-in stand whenever they're not in use. In case you were wondering, it does work for all Xbox One and Xbox Series X|S controllers. 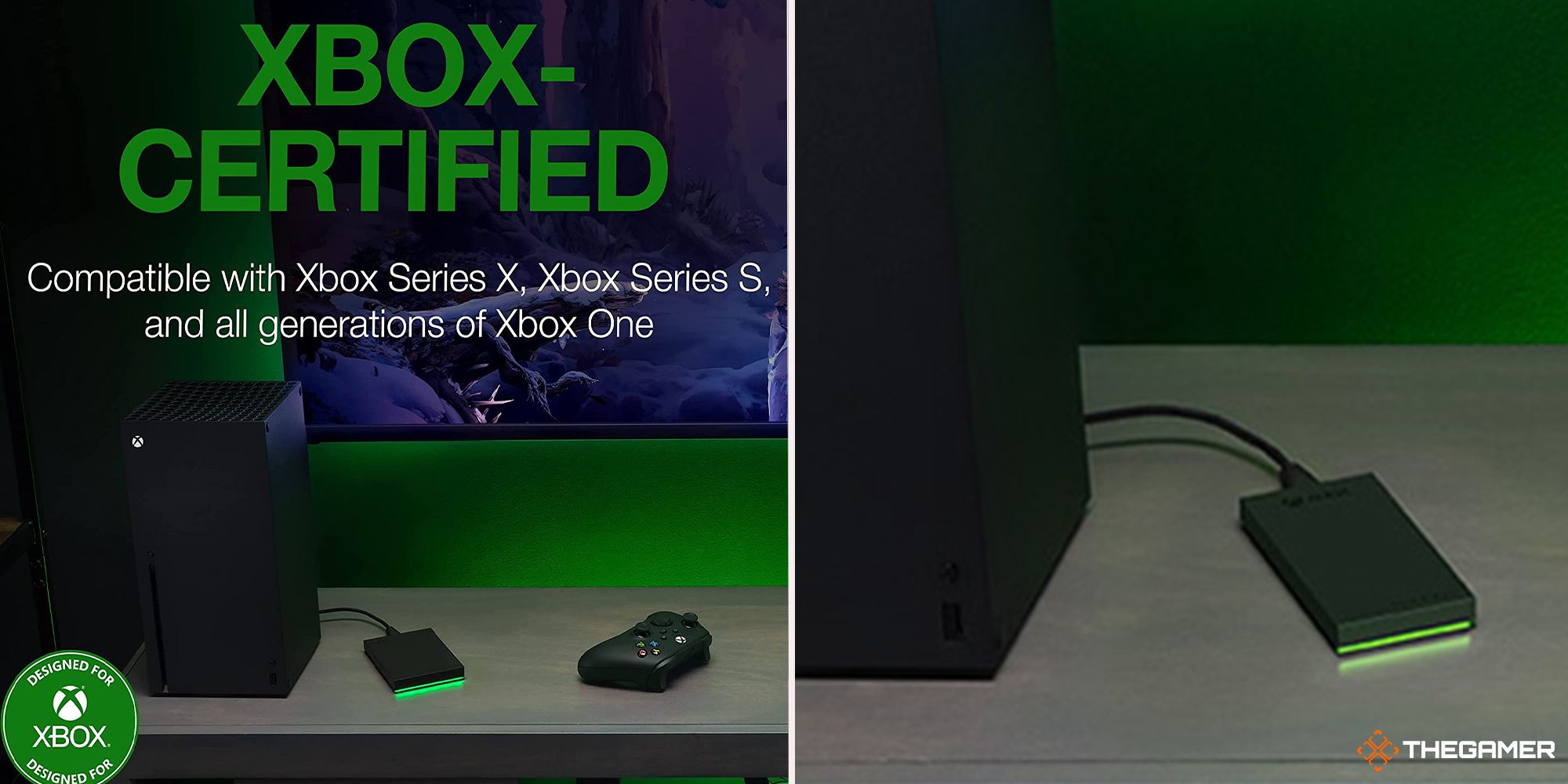 Gaming today looks a lot different than it did when we were young. Rather than just inserting a disk, most games need to be downloaded onto your console in some capacity. Needless to say, this eats up your storage pretty quickly.

You can easily add to your storage capacity, though, with Seagate's 2 TB portable external hard drive. Depending on the console you own, it can double or quadruple the amount of space you have for games! And, for your own peace of mind, the price includes a year-long warranty. 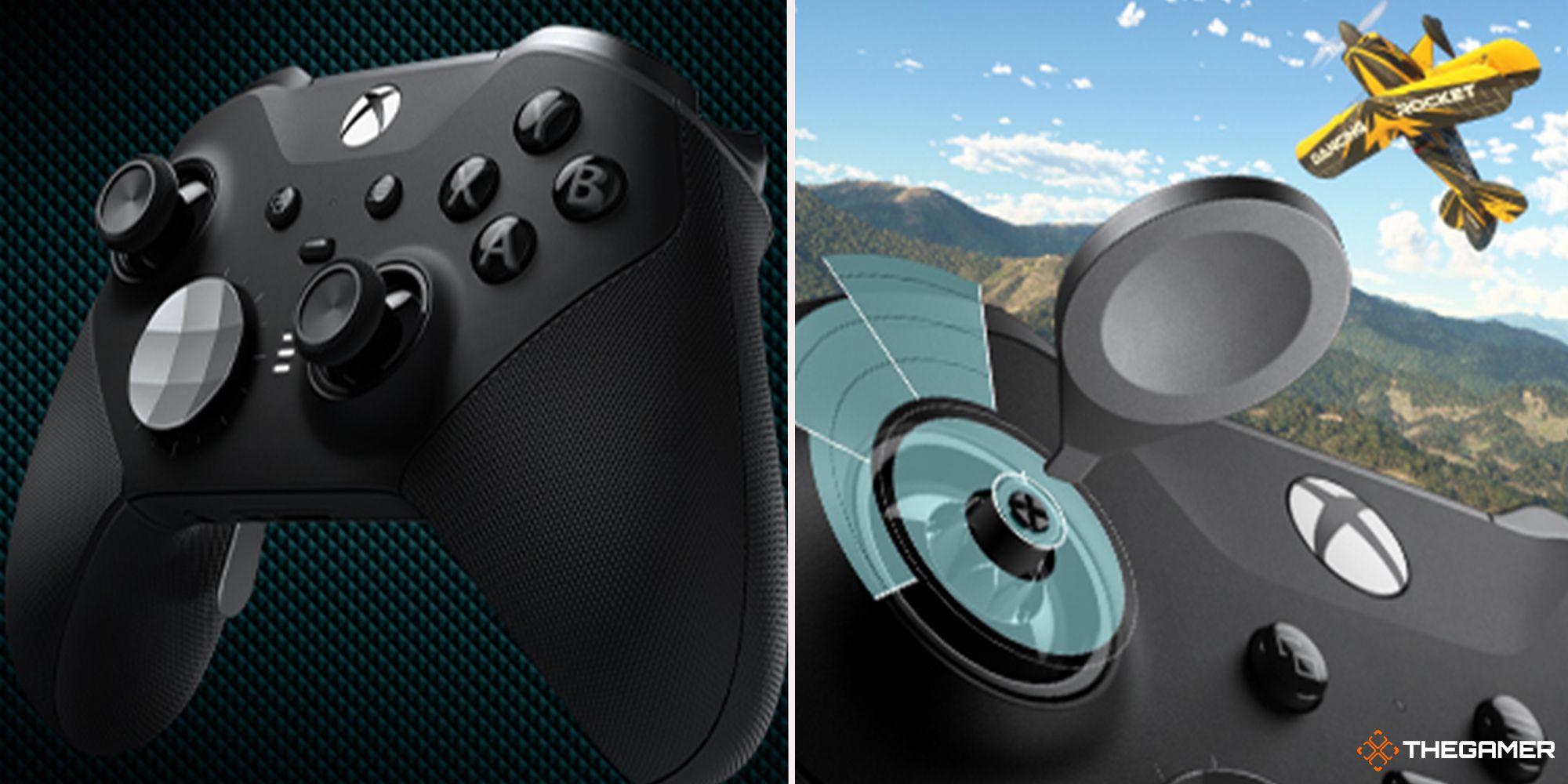 Though it's a little pricey, you can hardly talk about the best Xbox accessories without bringing up the Xbox Elite controller. It will work with any Xbox One, Xbox Series S, or Xbox Series X console.

This bad boy has a sleek design and special features that you won't be able to live without once you've had a taste. The thumbsticks and paddles are all interchangeable, and you can even manually adjust the thumbstick tension! The Xbox Accessories app even allows you to custom map the buttons to perform voice commands, like taking a screenshot or recording a clip. 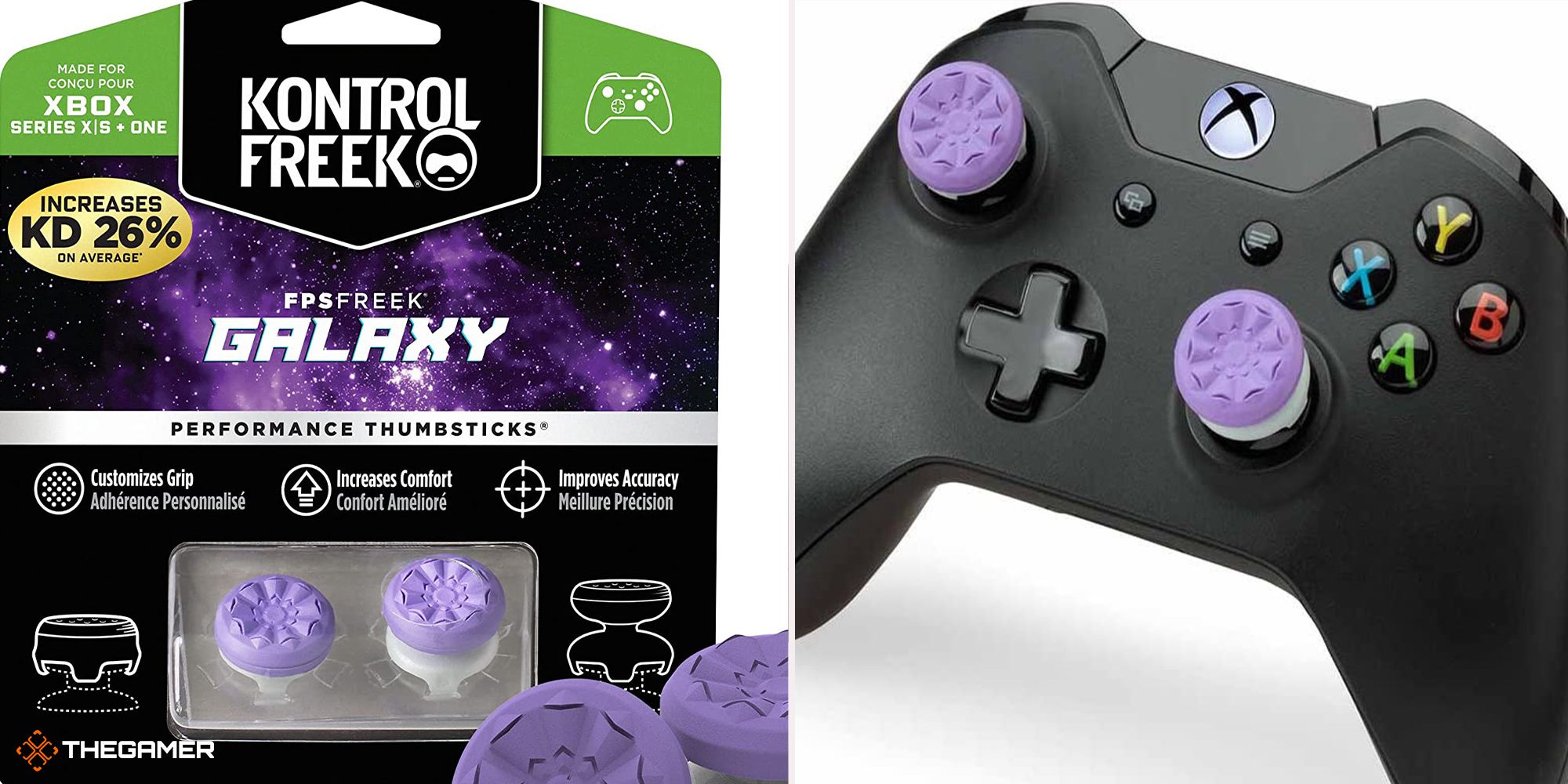 Any player might want to add grips to their controller for better control, but FPS players in particular know their true value. Kontrol Freek's Galaxy Thumbsticks provide the extra grip to your controller that you need.

In addition to being comfortable and agile, they're also personalized! One thumbstick is higher than the other, which provides more accuracy when you're aiming with the right stick. The other is lower since you don't need to make such small changes with the left stick but still ensures that you won't slip or make your finger sore while playing. 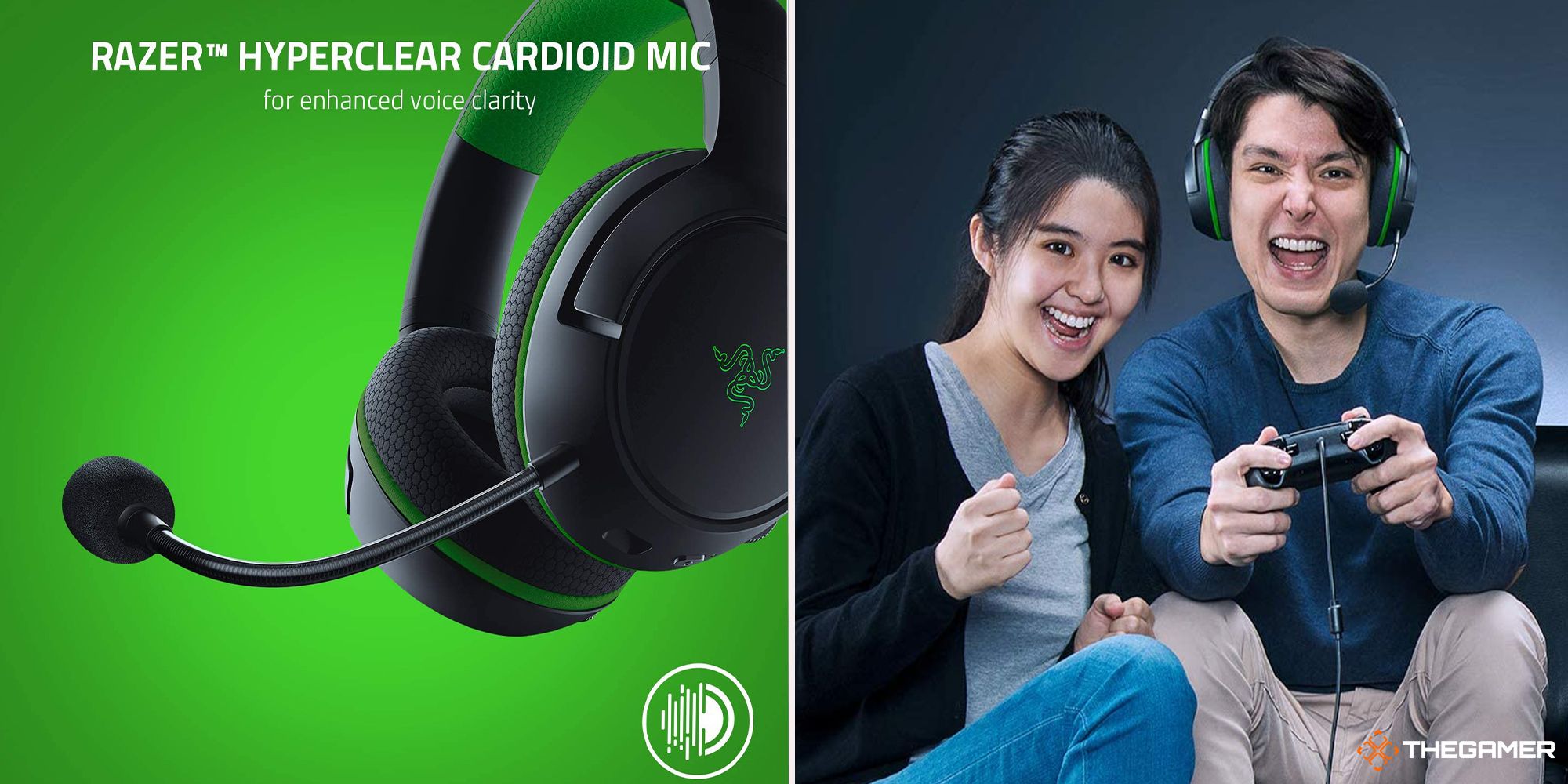 While there are absolutely hundreds of gaming headsets on the market today, you can't go wrong with a reliable wireless option. The Razer Kaira Xbox headset is perfect for anyone, even coming in three different colours depending on your tastes: black, green, and white.

It clocks in at under $100 USD while still providing comfort, a clear mic, and a reliable wireless connection. The ear cushions are made of Flowknit Memory Foam, so after five minutes, you won't even remember that you're wearing them. It even has special settings for different kinds of play! The FPS Mode will improve the little sounds you need to be listening for, like footsteps, while the Bass Mode improves the bass, of course! 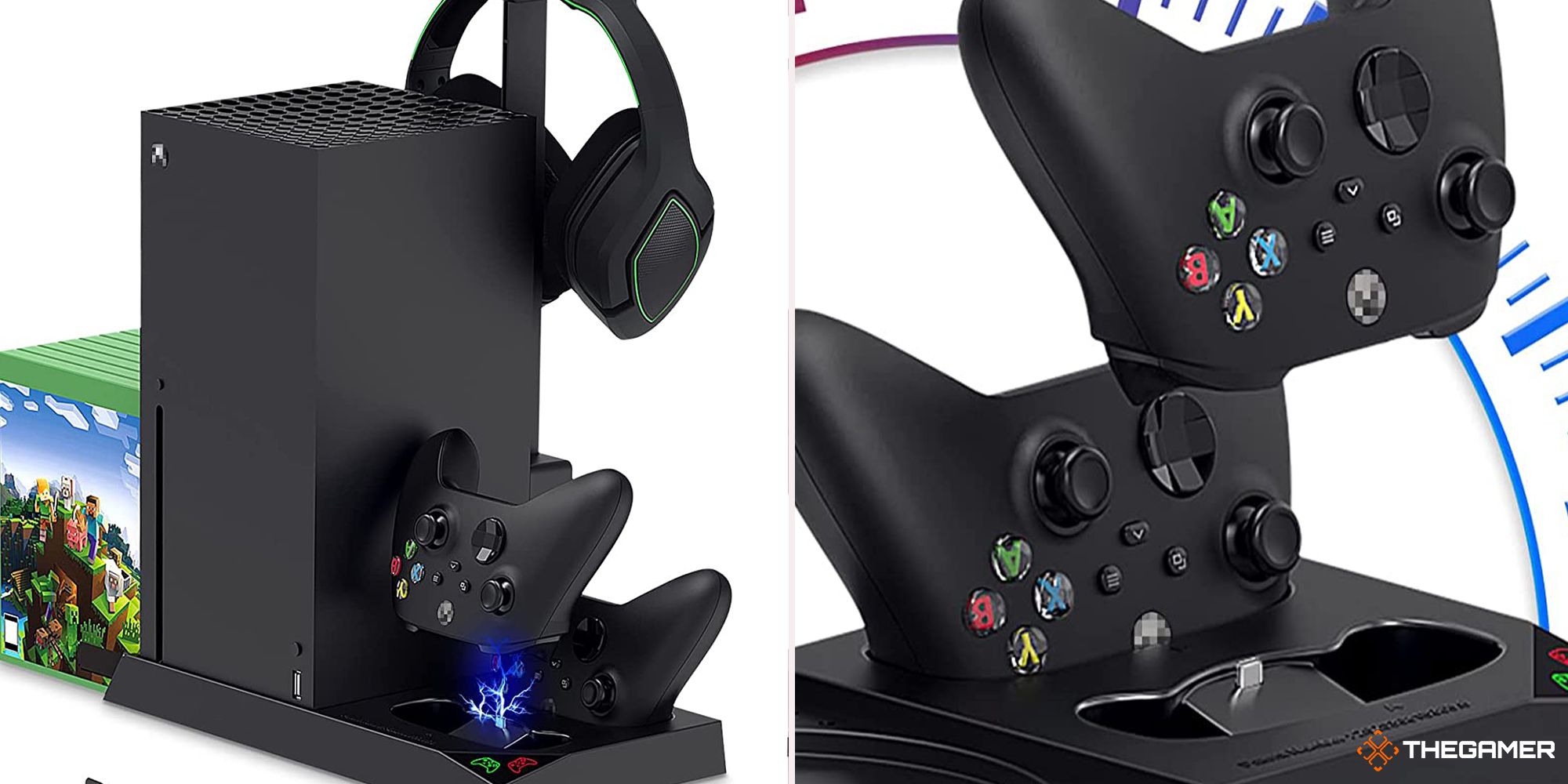 If you wanted to solve all your Xbox problems in one purchase, then the MENEEA Charging Stand for the Xbox Series X is definitely for you. It comes with rechargeable battery packs for your controllers, game storage for boxes, a stand for your headset, and a cooling fan for your console.

For fitting all that functionality, this stand is also pretty compact and non-intrusive for your setup. It would fit easily wherever you're already storing your Xbox Series X console. Whether you lean into the gamer aesthetic of LED lights and black components or not, it would make an excellent addition. 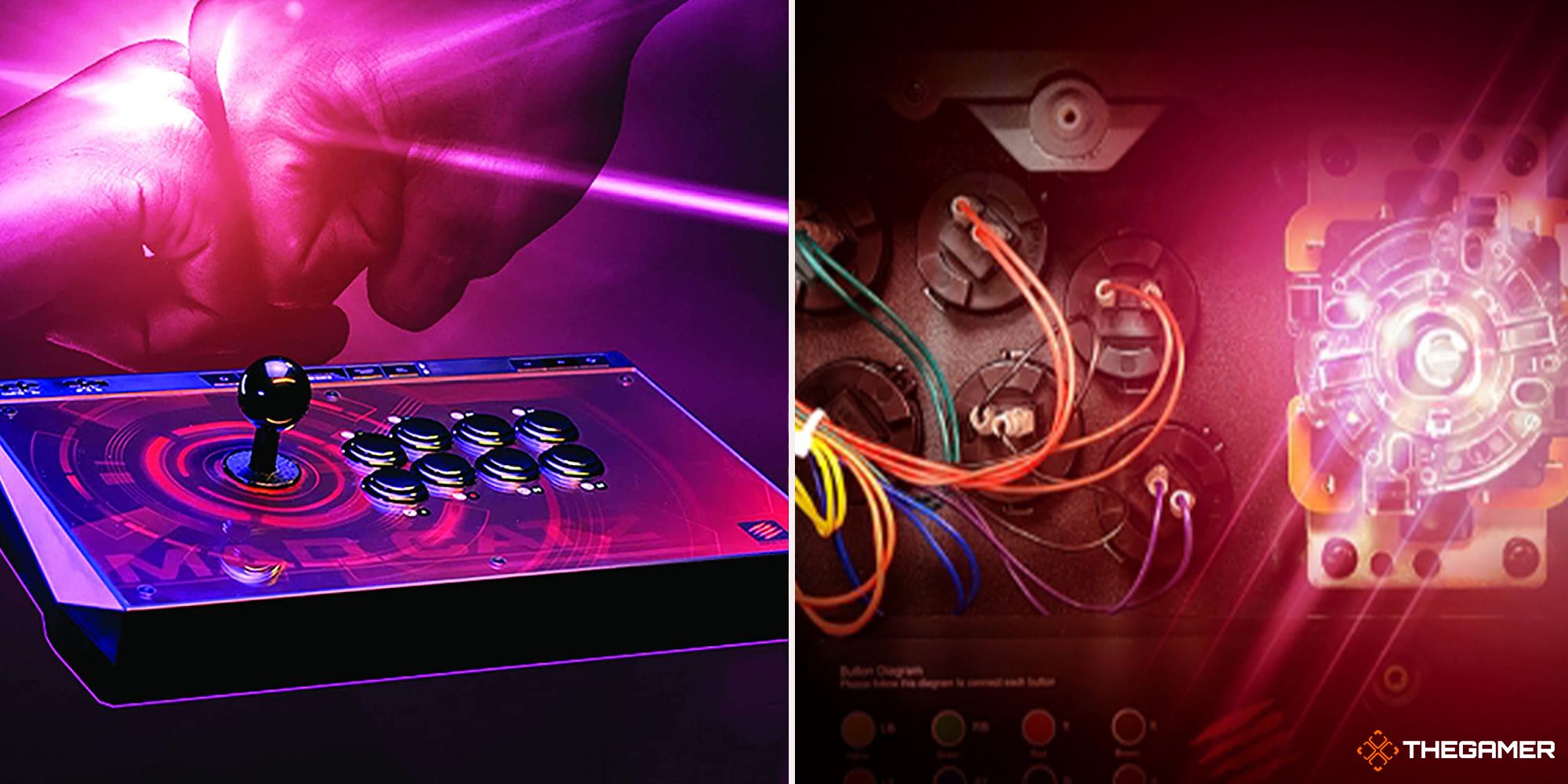 One of the coolest accessories for hardcore gamers is the EGO Arcade Stick from Mad Catz. Mostly popular among those who play fighting games, it includes buttons like those found on arcade cabinets, mapped to the modern controls.

Of course, this thing is completely customizable and easy to mod for players who really like to get granular. On top of the Xbox, it's also compatible with PlayStation 4, Nintendo Switch, and PC.

We hope you like the items we recommend and discuss! TheGamer has affiliate and sponsored partnerships, so we receive a share of the revenue from some of your purchases. This won’t affect the price you pay and helps us offer the best product recommendations.