Back in 2014, I watched the mayor of Reykjavík unveil a new monument in the Icelandic capital. Usually this would be a statue of an influential politician, a memorial to some hardship the country collectively suffered, or something similar. But no, this was a monument to EVE Online, a space MMO.

Designed by local artist Sigurður Guðmundsson, the monument is a tribute not only to the game and its developer, CCP Games, but also to the hundreds of thousands of space pilots who bring its heavily player-driven universe to life. The main character of players active as of March 1st, 2014 would have their name permanently stamped onto the base of the monument—of which I happened to be one.

I've been to Reykjavík a few times since the statue was unveiled (it's one of my top 5 favourite cities), but never found the time to locate my name. So, returning to the capital last week for EVE Fanfest 2022, I decided it was finally time to hunt it down. Here's a photo diary of my hungover quest to find my stupid space name on the EVE monument, one overcast morning at the top of the world. 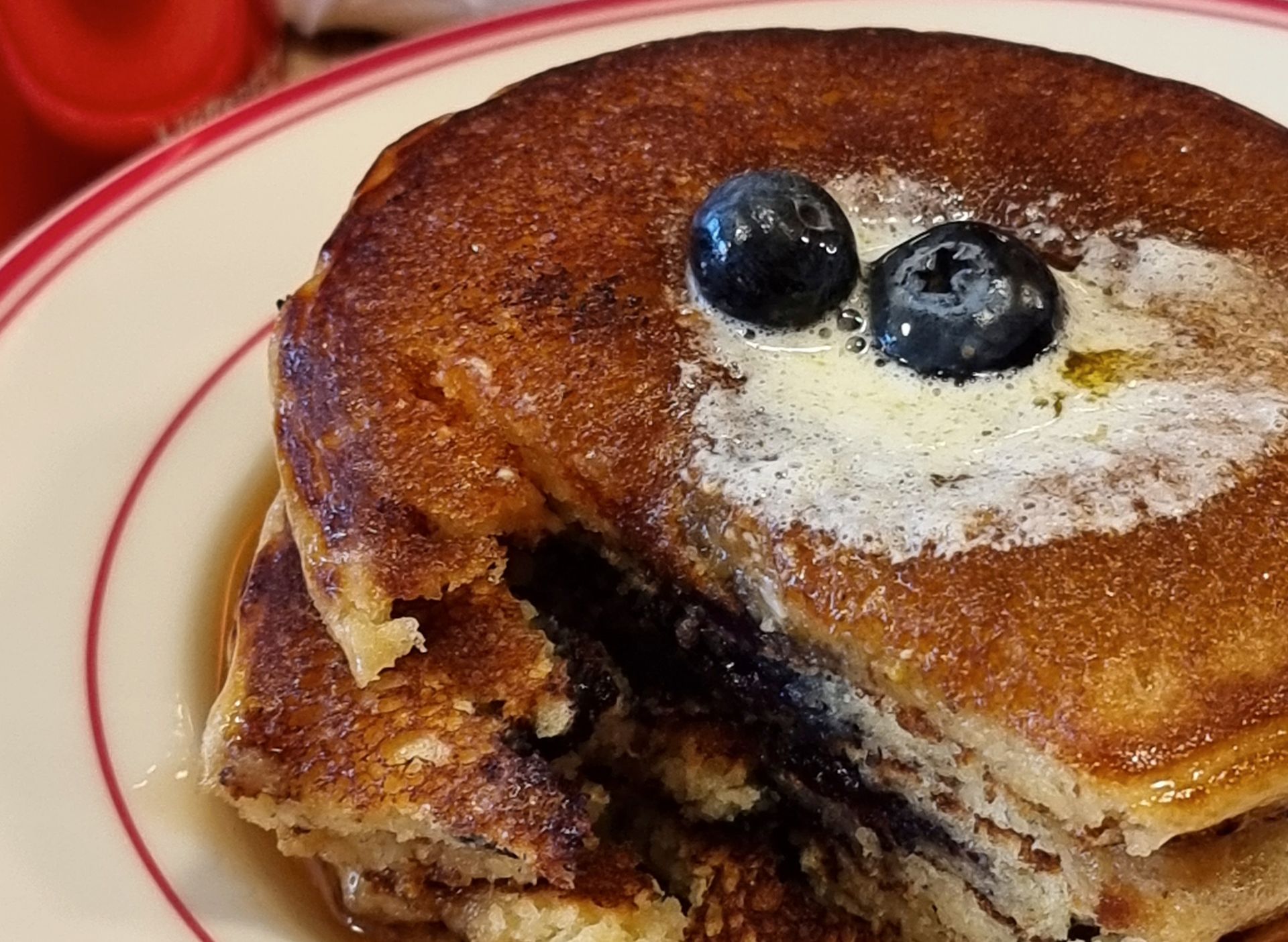 First thing's first: fuel. To power my walk to the EVE monument, I stop in at the Laundromat Café (an exceptional eatery in downtown Reykjavík that also doubles, as the name suggests, as a laundromat) and grab a stack of incredibly fluffy blueberry pancakes drizzled in butter and syrup. I'm aware this adds nothing to the story, I just wanted to reminisce about them. They were sensational. 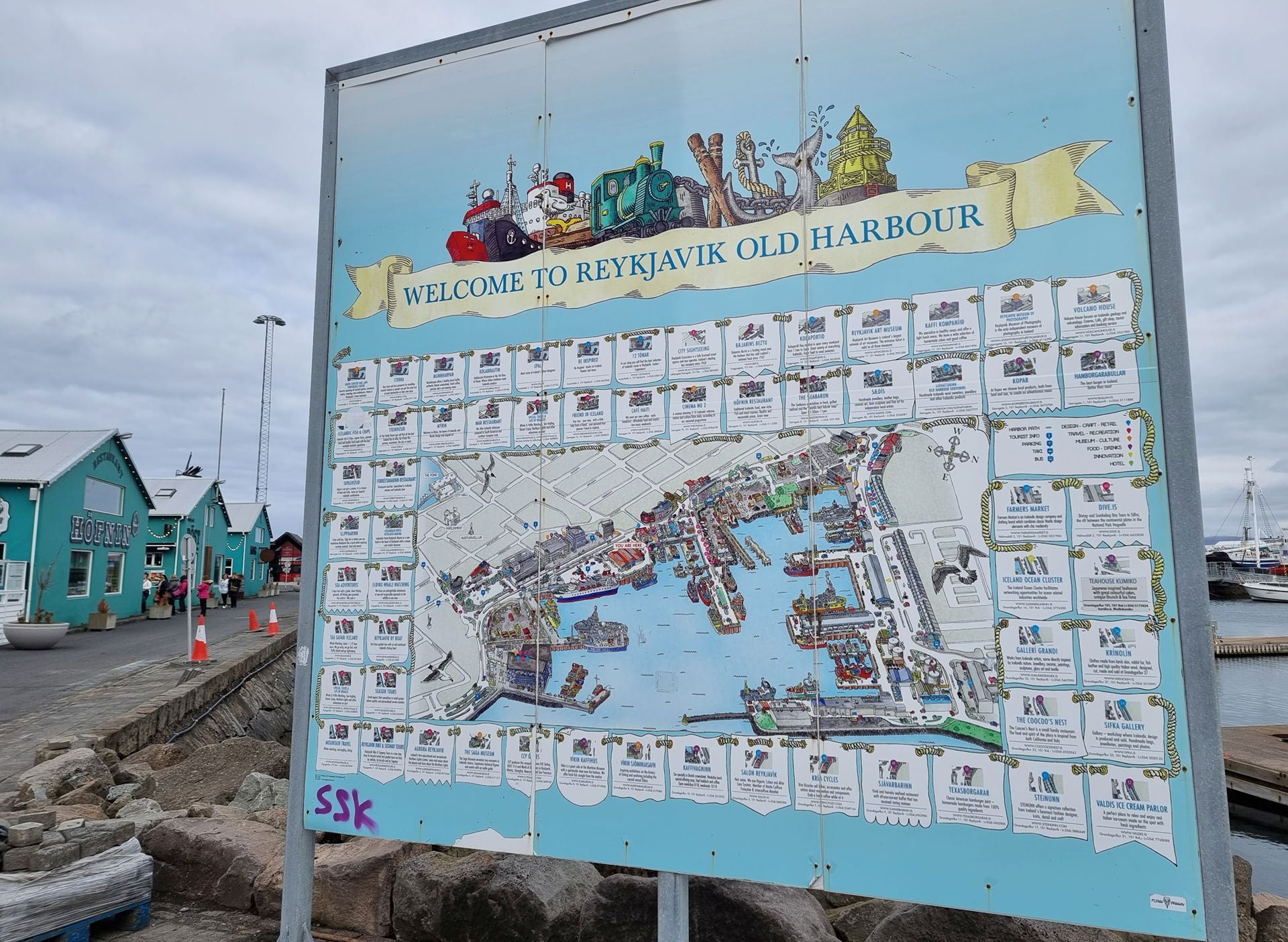 The combination of syrup-soaked pancakes and cold, brisk Icelandic air makes short work of my hangover. I head to Reykjavík Old Harbour, which is only a few minutes away from the Laundromat. Here you'll find restaurants, hordes of tourists wandering around taking photos, and charter boats offering puffin and whale watching tours. It's pretty chill here in the morning, though. 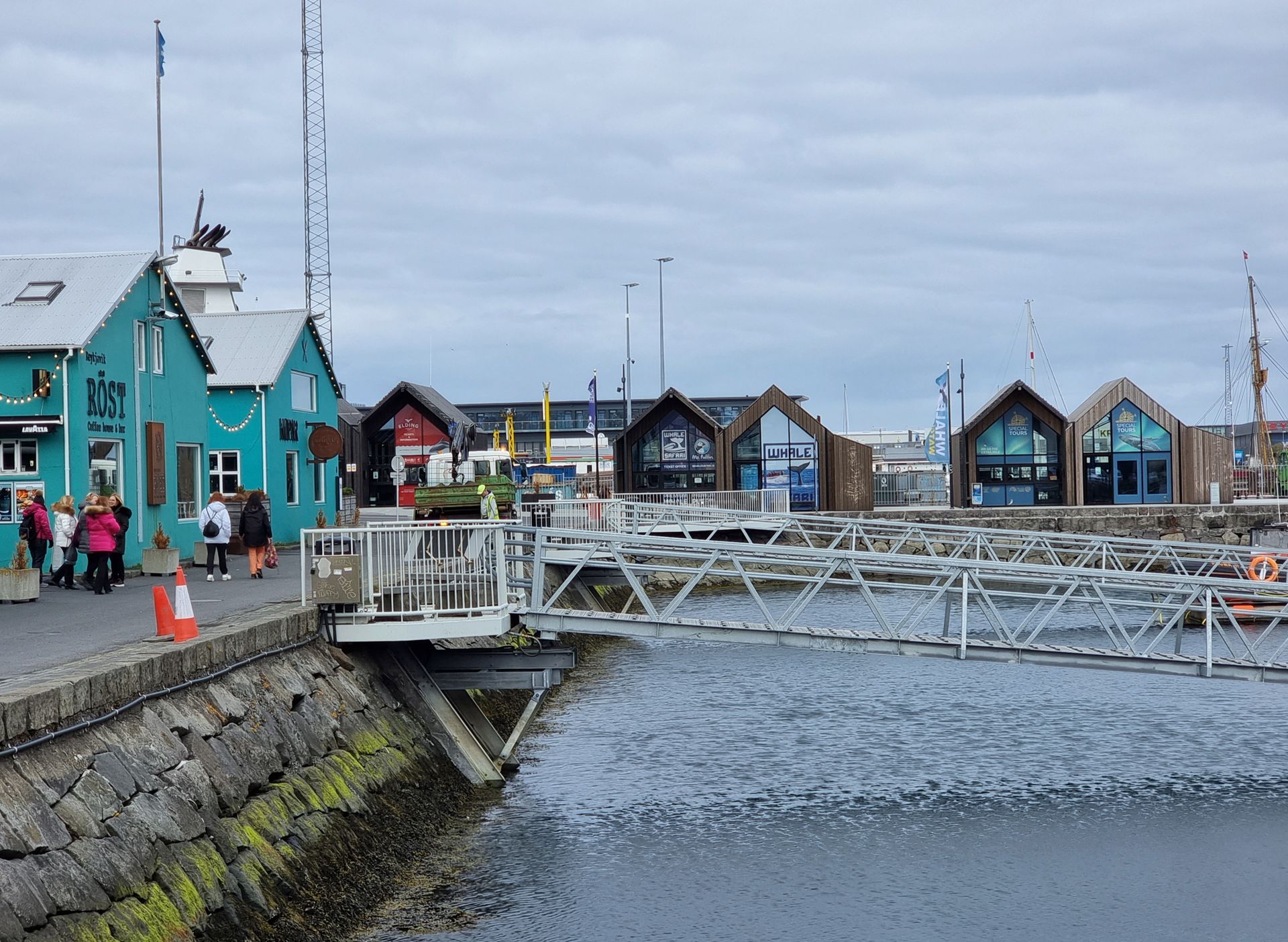 Iceland in May is pretty mellow weather-wise. I've been in January, where it snowed constantly, and it was a totally different experience. At this time of year I was able to comfortably wander around in a light jacket and tee. I walk west along the water's edge towards where the monument is located. I've been here enough times that I can get around without using my phone, which is a nice feeling. 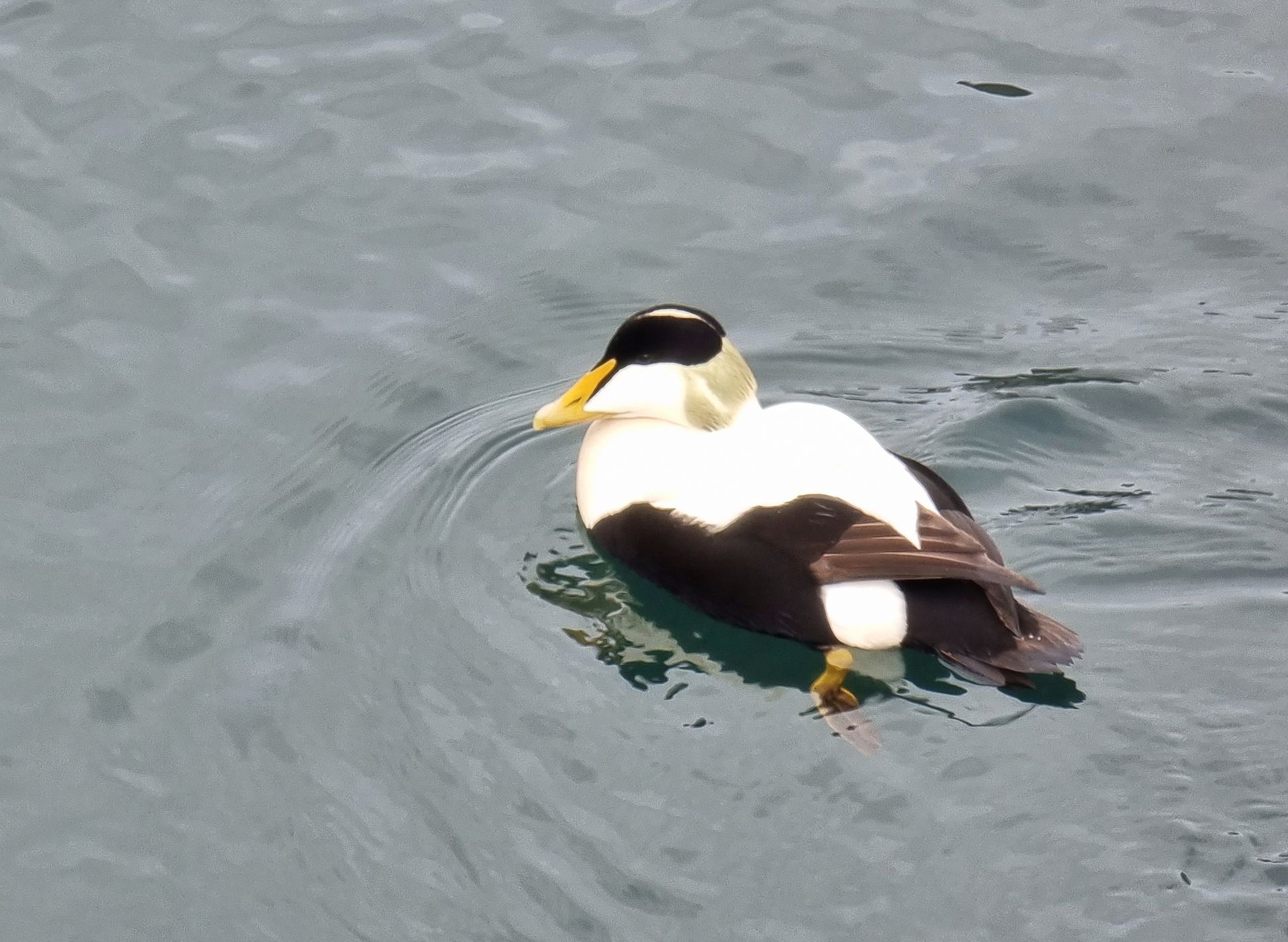 Saw a nice duck. According to Google it's a common eider duck, but if you ask me there's nothing common about this feathery guy. Look at him! As I walk, I think about the unveiling of the monument in 2014. The eccentric mayor gave a speech in which I vividly remember him saying "I don't believe in reality." I'm still not sure what he meant by that. Anyway, he's no longer mayor. 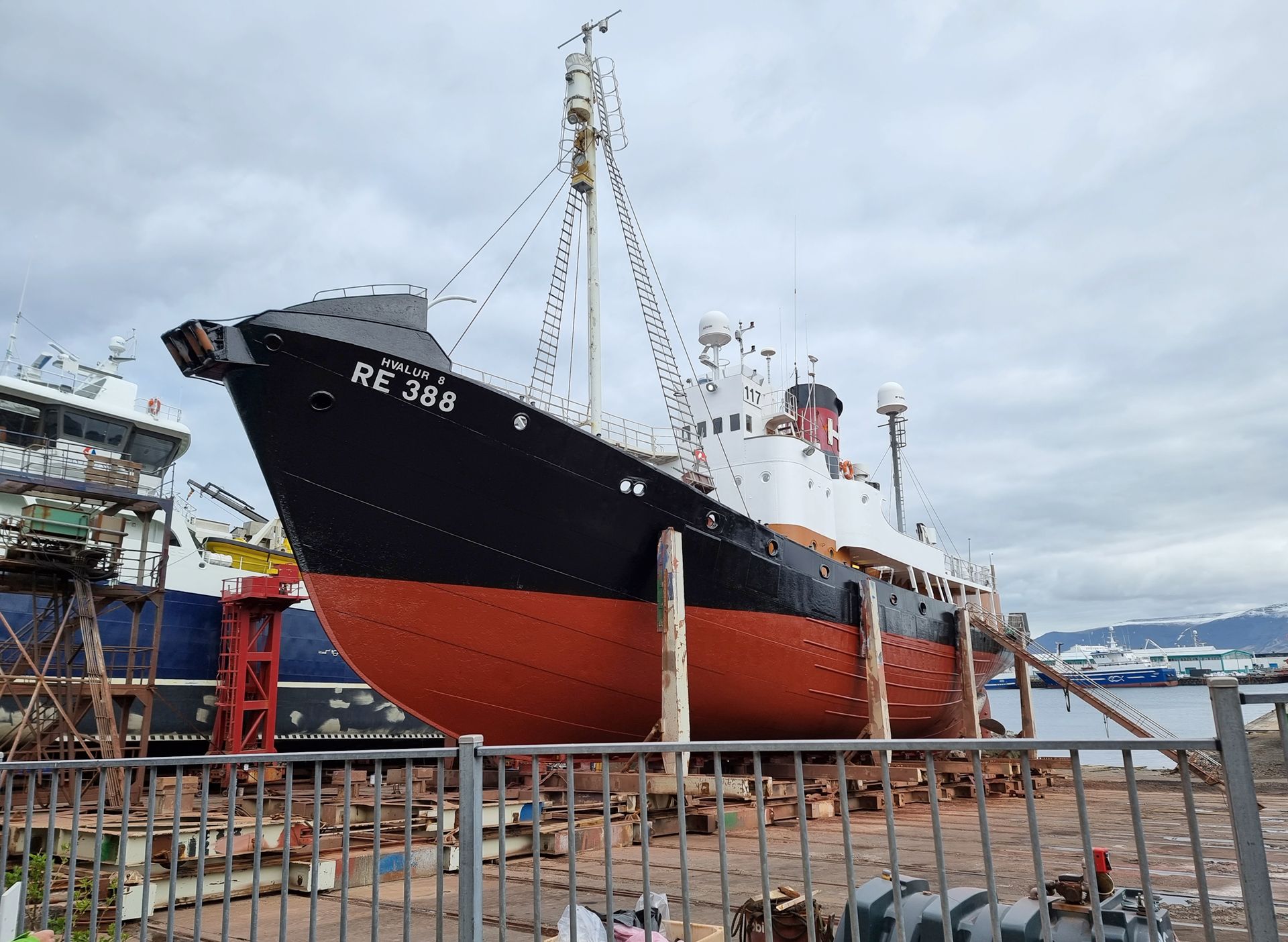 EVE Online is a game about big ships, and here, in the city where it was created, is a big ship. CCP Games used to be based in this part of town, near the monument in fact, but it has since relocated. EVE Online is about to celebrate its 20th anniversary, and the game has changed significantly over the years—including growing from 30 flyable ships to 300. An average player won't fly most of them. 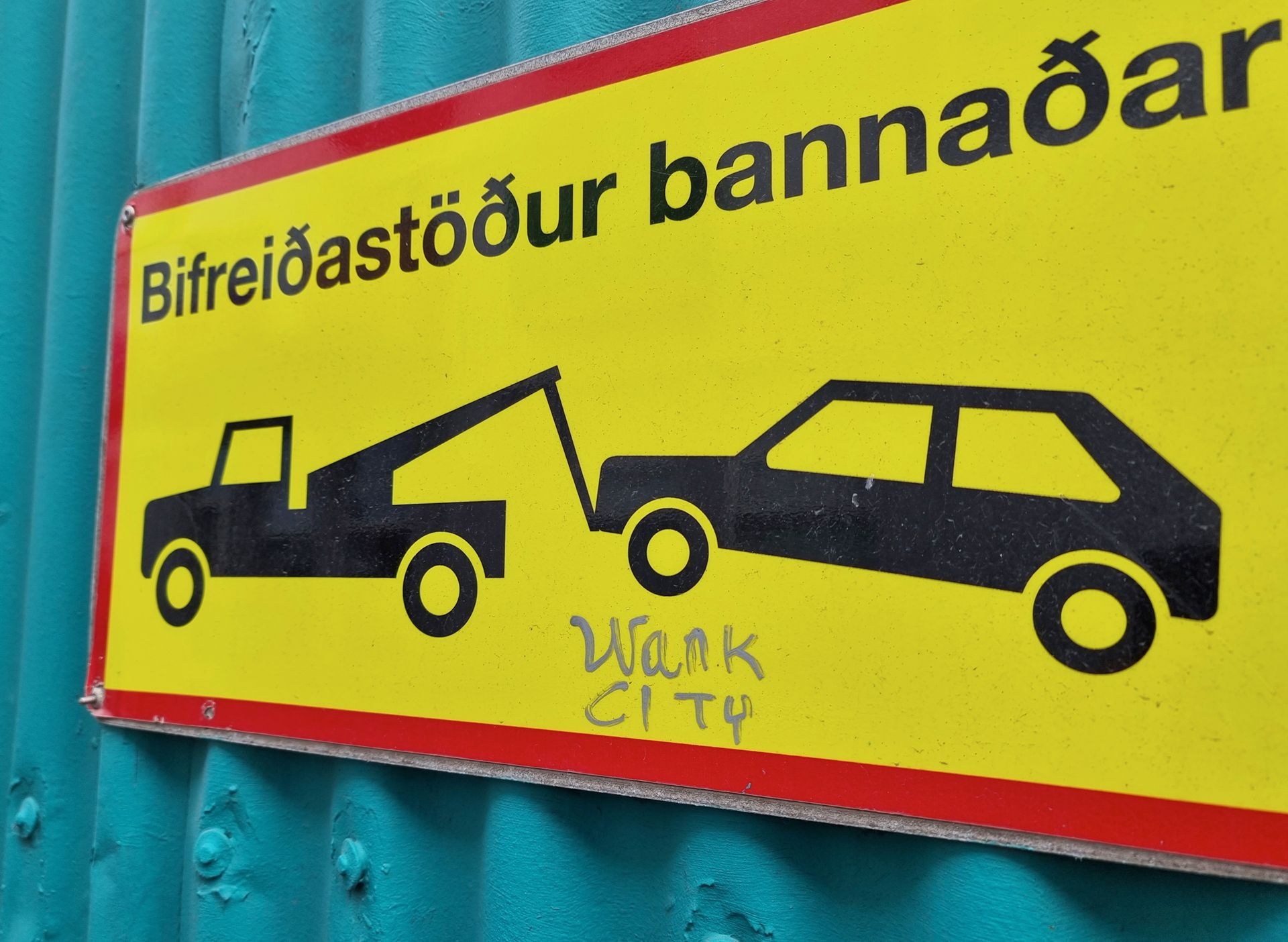 Someone, almost certainly a fellow resident of the United Kingdom, has written 'wank city' on this sign. What does it mean? Why write it in such small letters on a sign hidden down a secluded back alley? So many questions, and I fear I may never know the answers to them. It's a mystery to match any New Eden has to offer. If you have any insight, please, let me know. But I digress enormously. 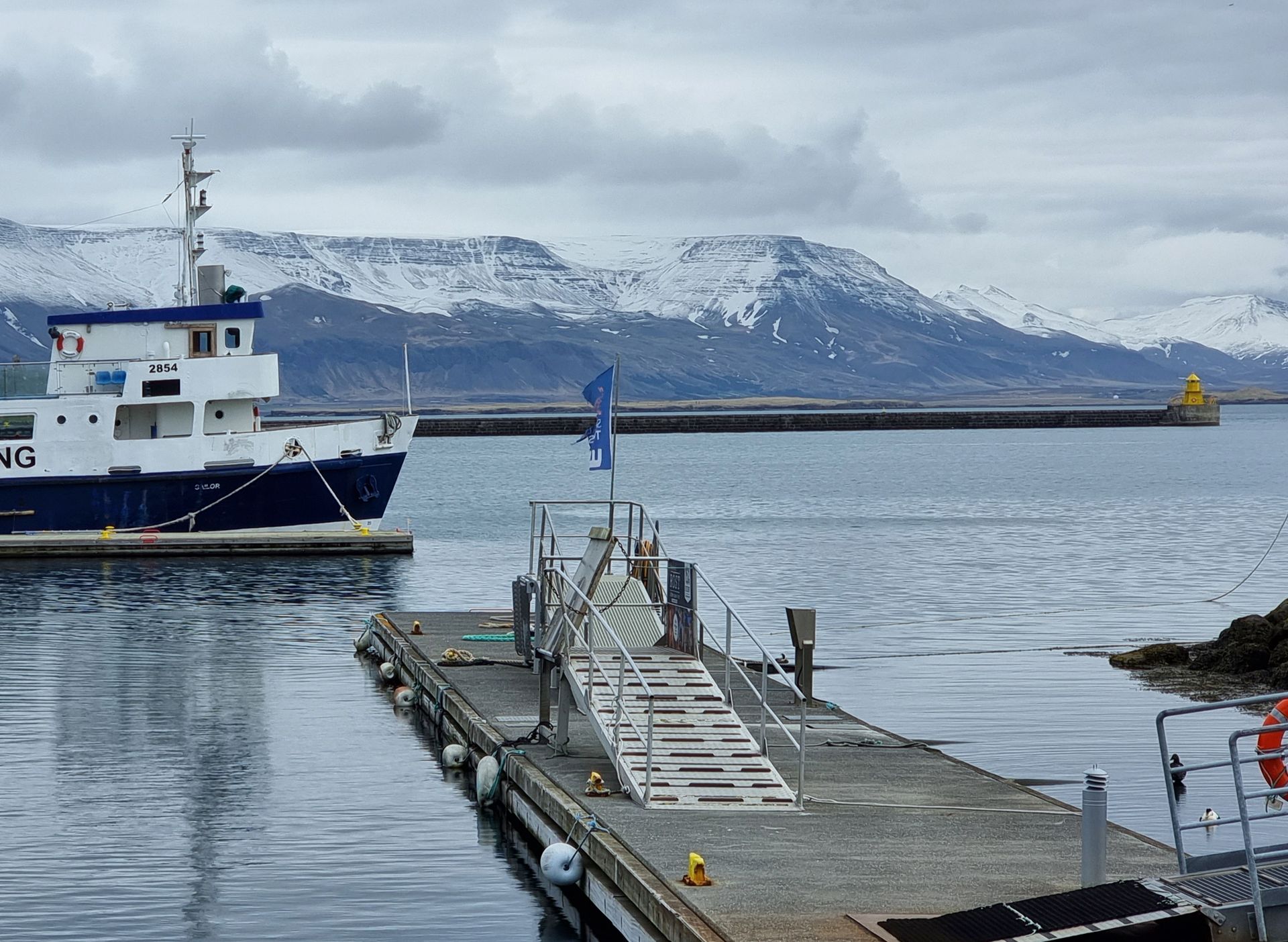 One of the coolest things (literally) about Reykjavík is how it's surrounded by beautiful, dramatic, snow-capped mountains. I live in the flattest part of Yorkshire in England, and there's never anything on the horizon. But here I'm constantly in awe of the sweeping Icelandic scenery looming in the distance. It gives the city a really distinctive vibe and atmosphere, and is great for photos too. 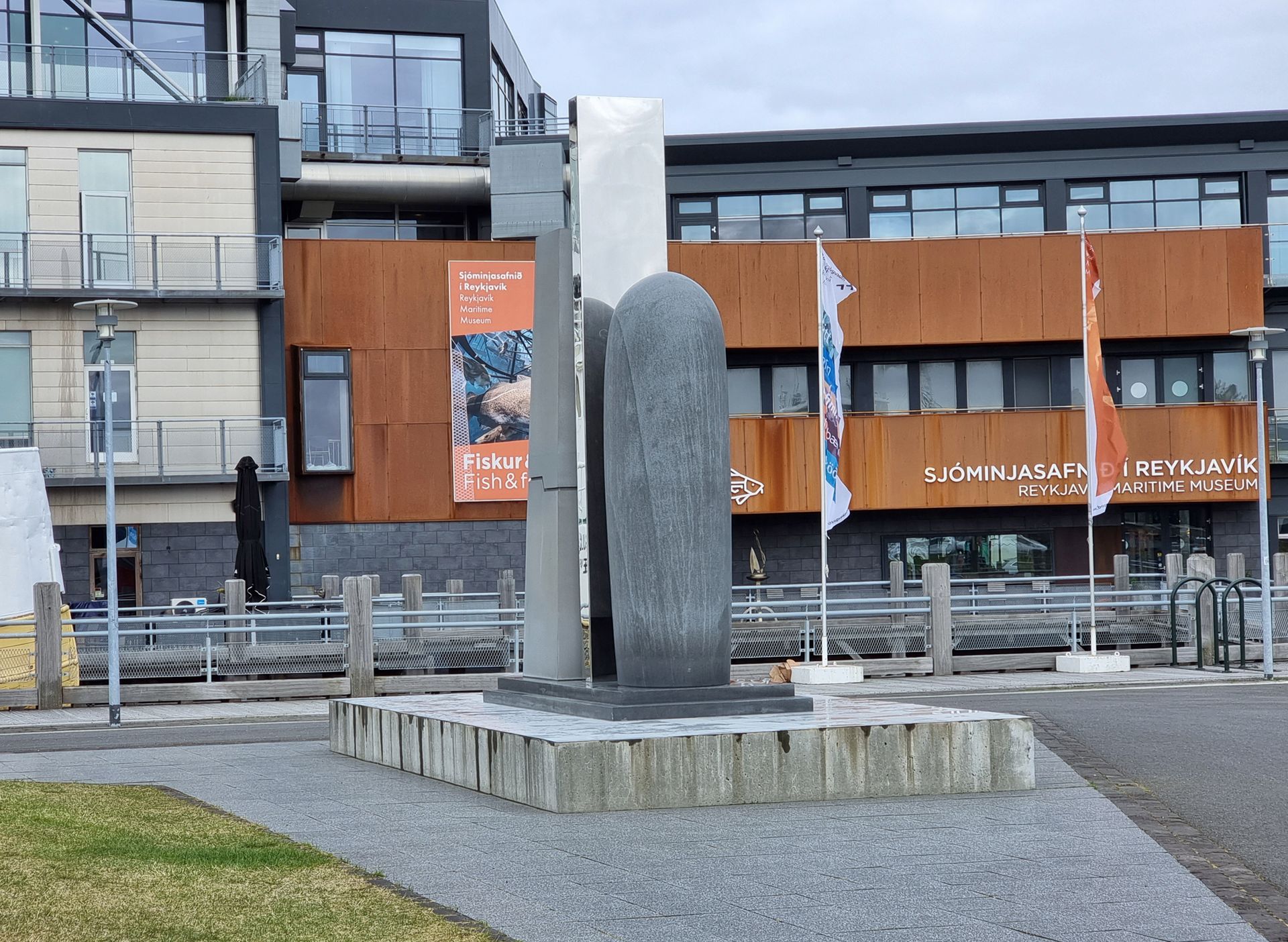 And there it is: the EVE Monument, in the flesh. Honestly, it's a pretty short walk, which is why I spent so much time talking about ducks and mountains. When I first saw it in 2014 it was much more pristine, but that's what almost a decade of being battered by harsh Icelandic weather will do to you. Buried beneath the statue is an EVE time capsule, which is due to be opened on May 6, 2039. 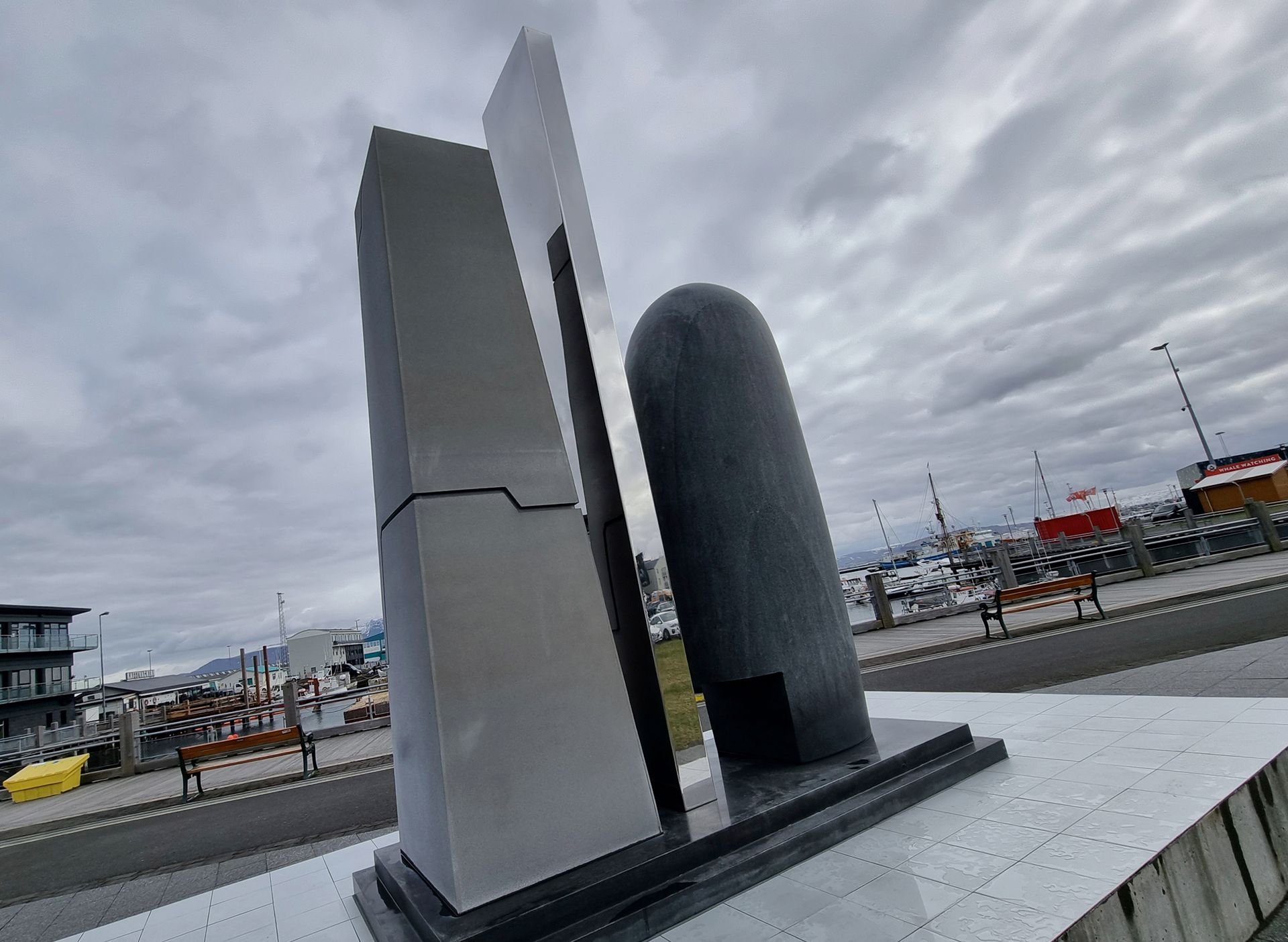 Here's a more flattering photo of the statue. I enabled my phone's wide lens and tilted the camera. Instant drama. Little photography tip for you there. I do love the design of it. It captures the austere, monolithic sci-fi vibes of the game perfectly. It also blends in nicely with its surroundings. I think it's pretty cool seeing a video game having a permanent impact on the geography of a city. 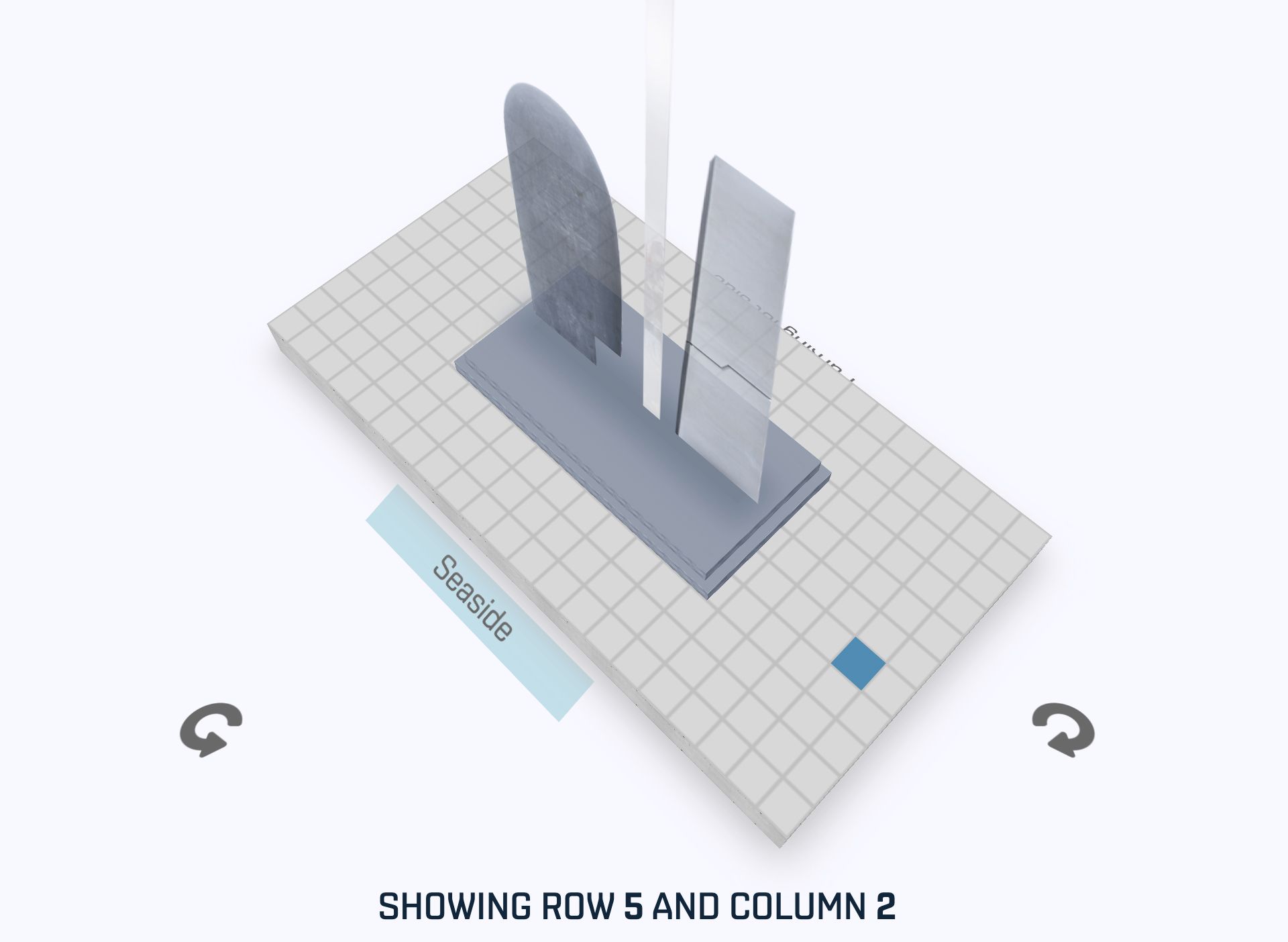 If your name's on the monument, you'll never find it just by looking. The text is incredibly tiny, which is where this name finder app comes in. When I created my EVE character I didn't think his name would be etched into a stone monument for all eternity—otherwise I wouldn't have called him 'Artlu Xadi', which sounds like a minor Star Trek character who dies 12 minutes into an episode. 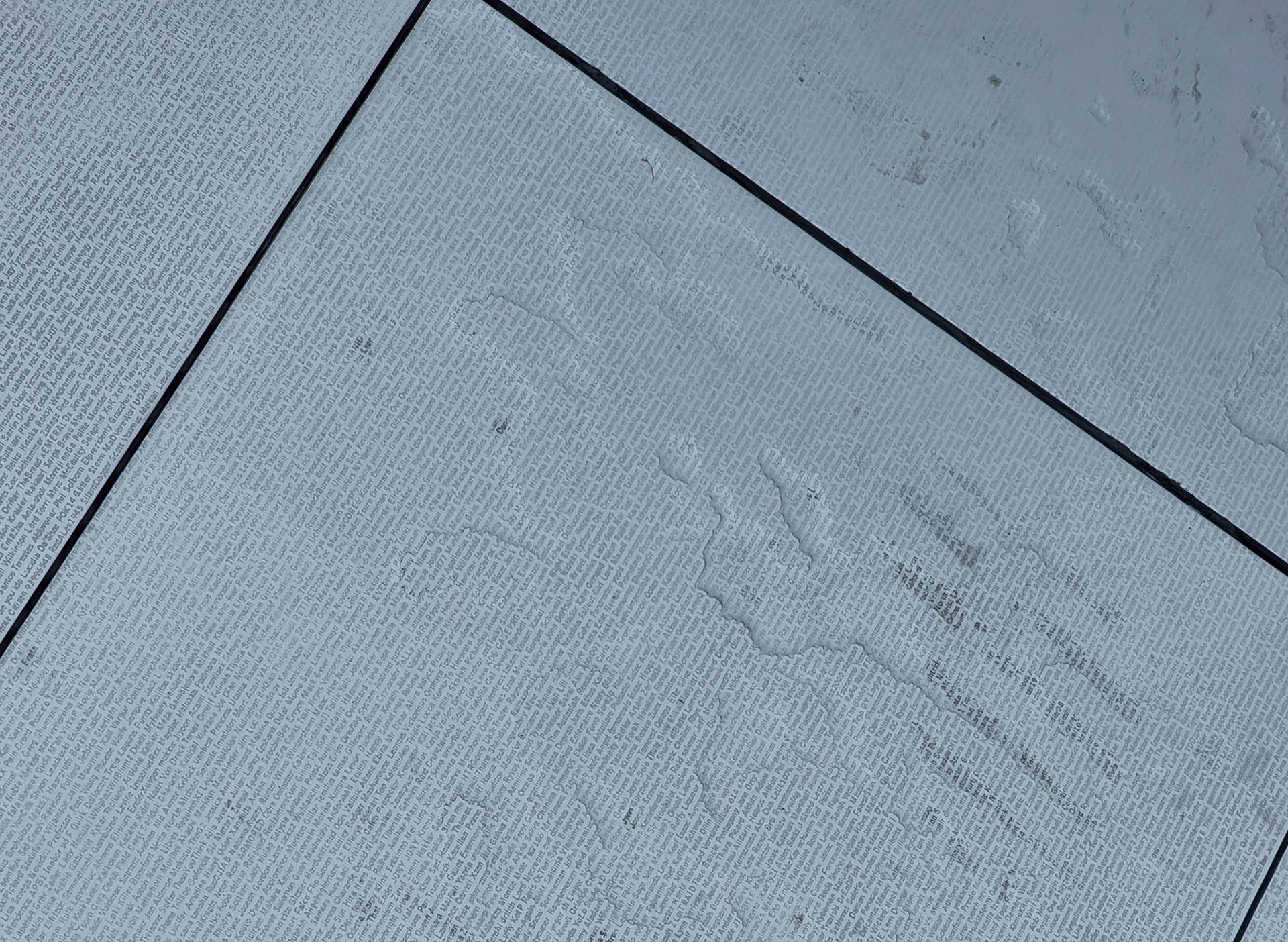 This close-up photo doesn't get across how small the names are. Makes sense, though: they had to squeeze hundreds of thousands of them onto a single statue. But even with the app, I'm having a hard time locating Artlu Xadi, New Eden's most underwhelming space pilot. The plinth is covered in rain, but wiping it away doesn't make any visible difference. I just can't see myself anywhere. 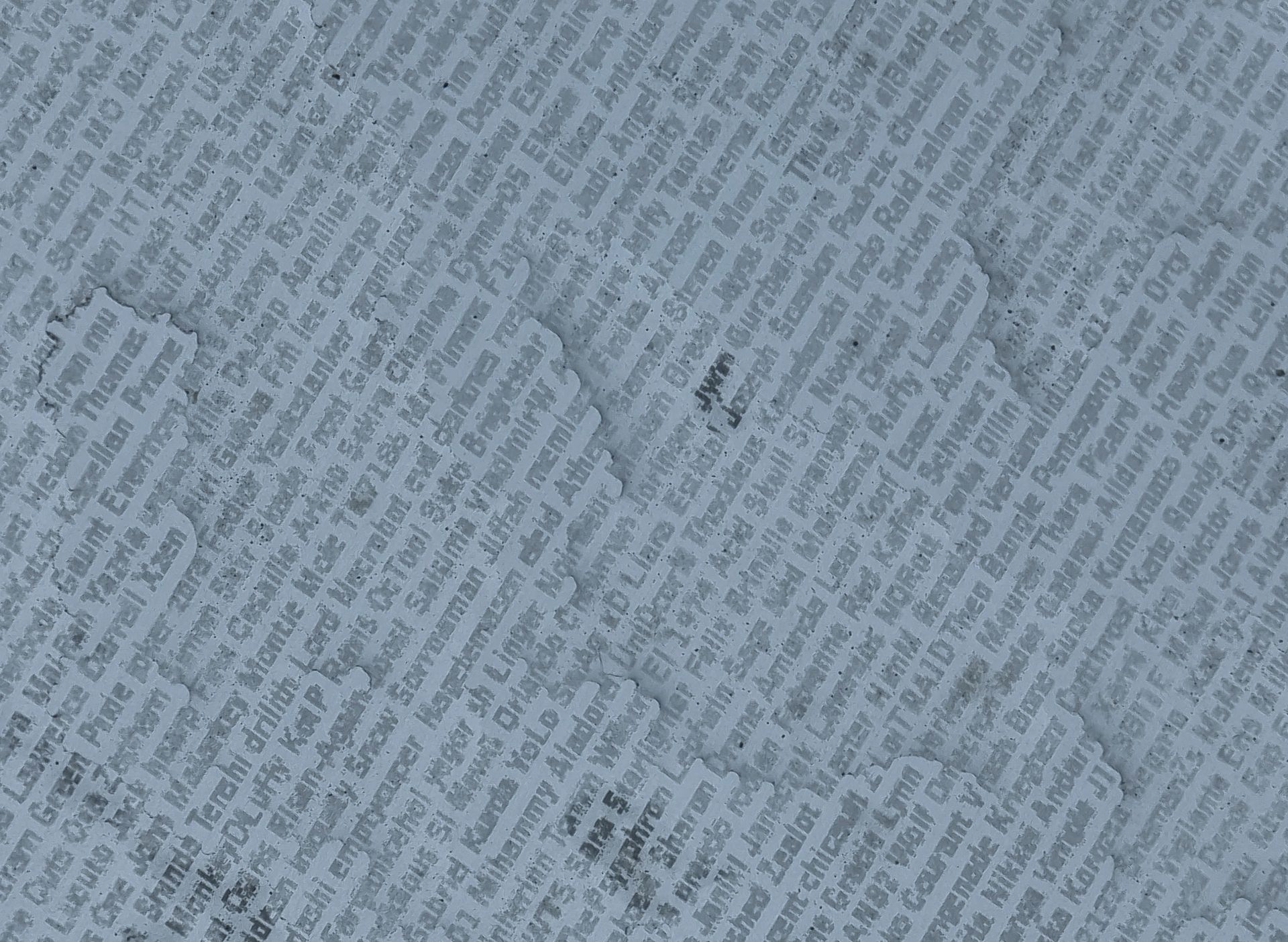 Turns out the Icelandic weather was a little too much for the monument. CCP hears about my quest, and tells me that these plates are temporary. The originals were worn away by the elements, not to mention people walking on the statue with gritty shoes, and they're in the process of replacing them. Until then, the app and the statue are mismatched. I'm on there; just not where I should be. 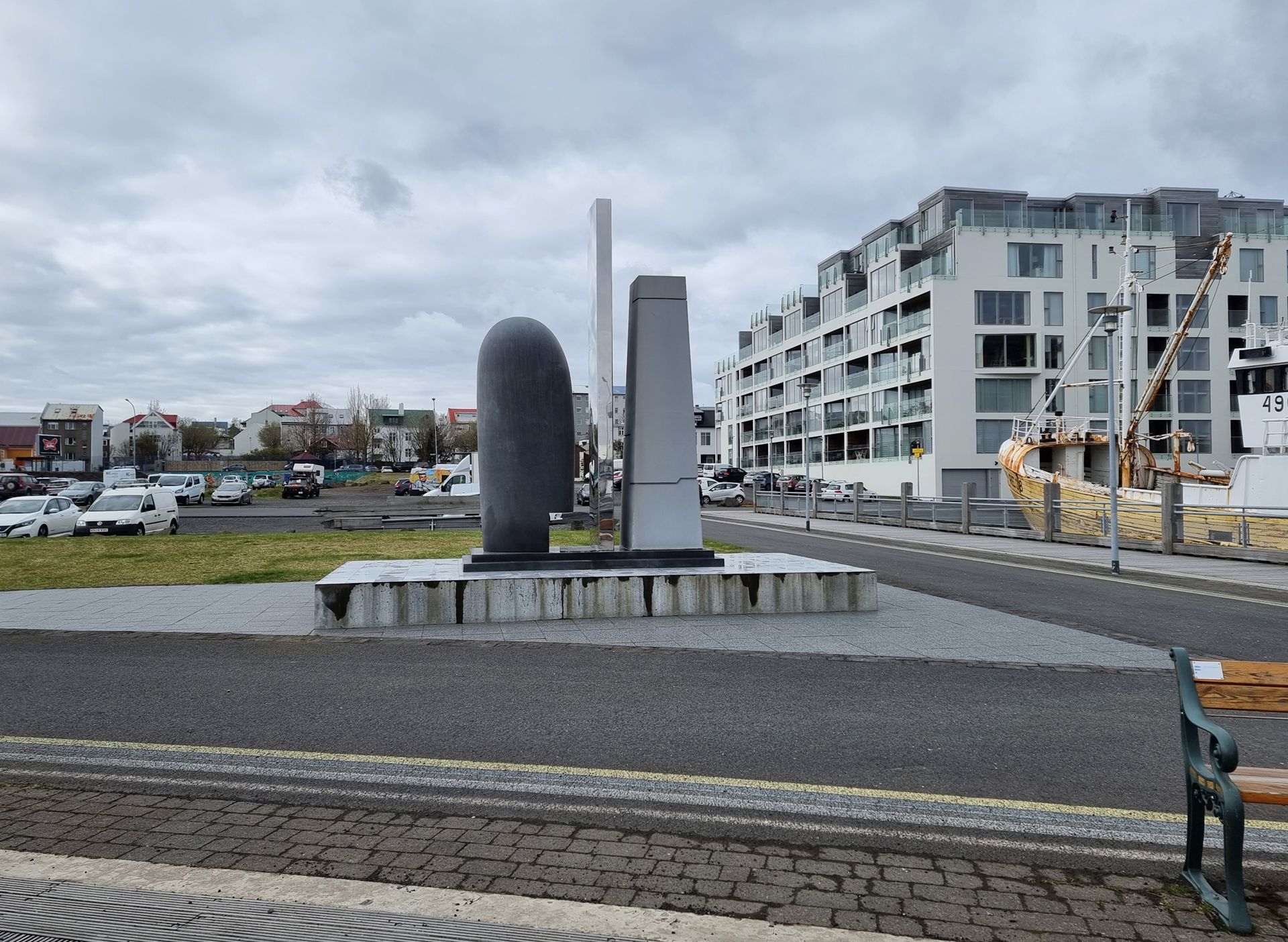 Oh well. Mission failed, but it's still nice knowing my name is on there somewhere and will forever be a part of Reykjavík—albeit in a font you need a microscope to see. I also wish I'd picked a better name than bloody 'Artlu Xadi', but that starship has sailed. I'm hoping to come back to Reykjavík next year for EVE Fanfest 2023, so maybe I'll have more luck next time I visit the old harbour. 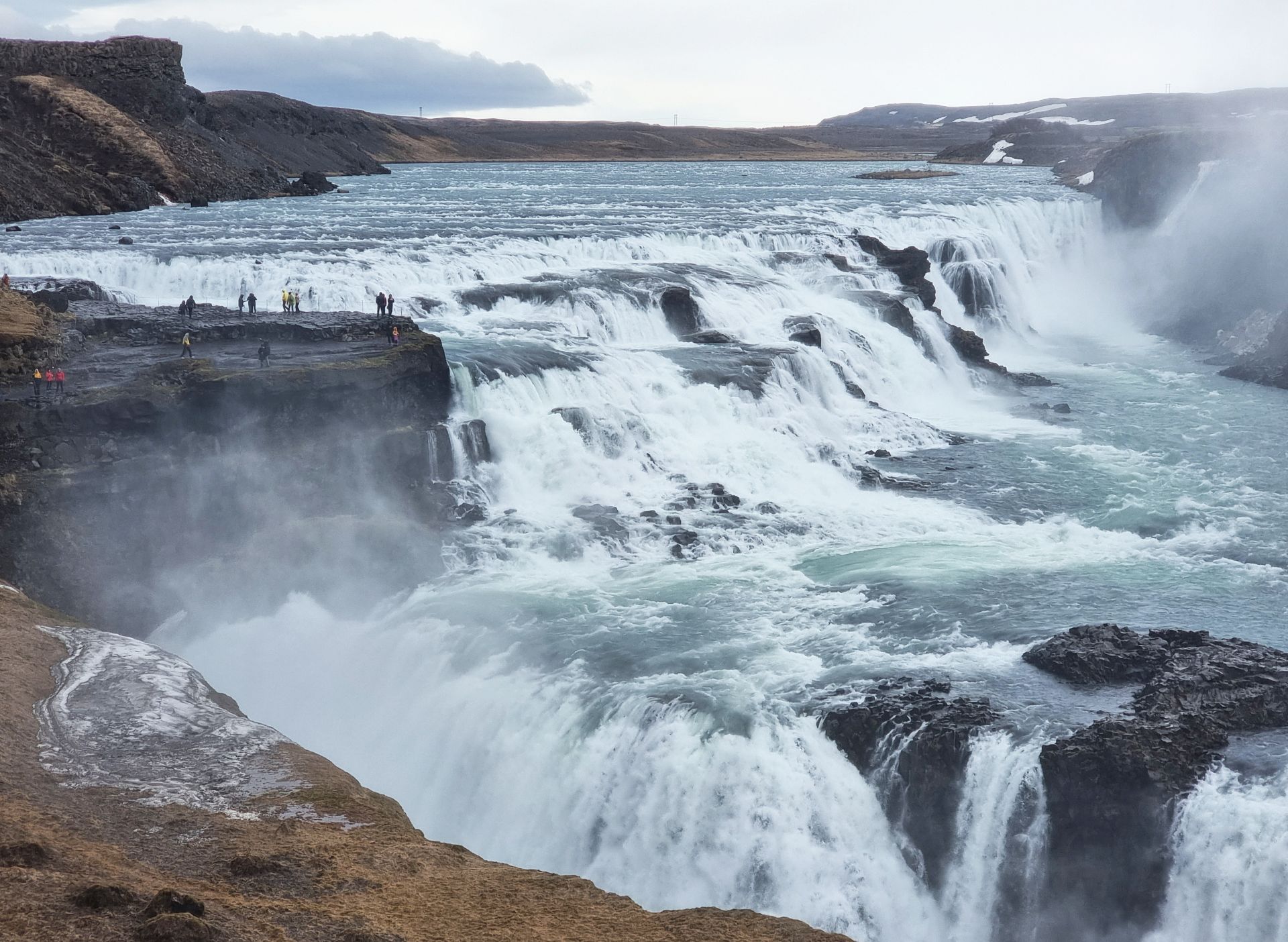 Here's a bonus photo of an amazing waterfall I saw.