So, how can you take on Shark Fever without leaving broke? Understanding the rules and details of the mode is essential. Furthermore, there are plenty of ways to use the qualities of the mode's medal game to your advantage.

How To Play Shark Fever 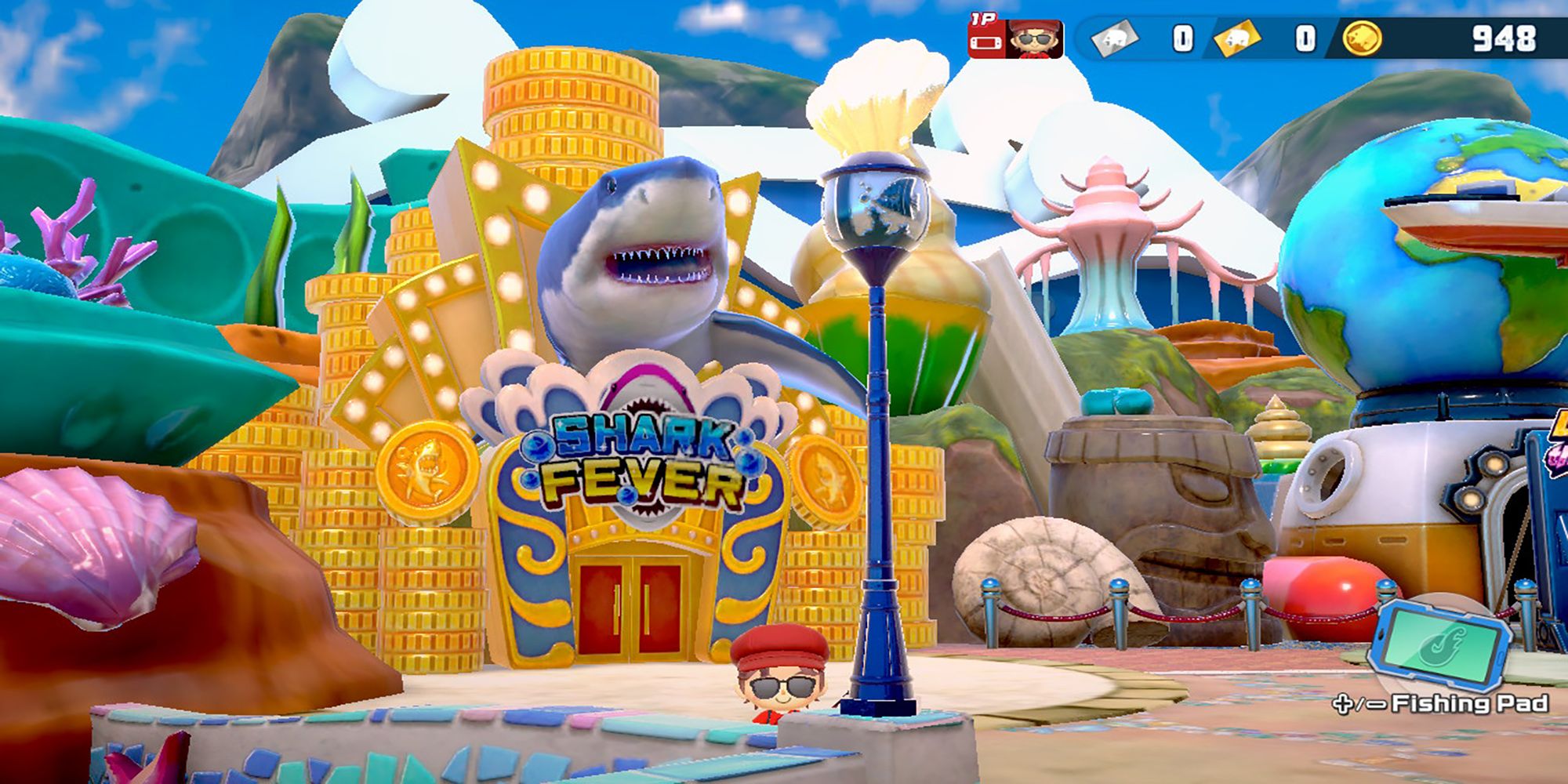 Fishing controls are the same in Shark Fever. However, these additional controls apply to the medal game:

You'll see various images flash across the slot machine in Shark Fever. Here is a guide to what each image means.

How Do Shark Fever Battles Work? 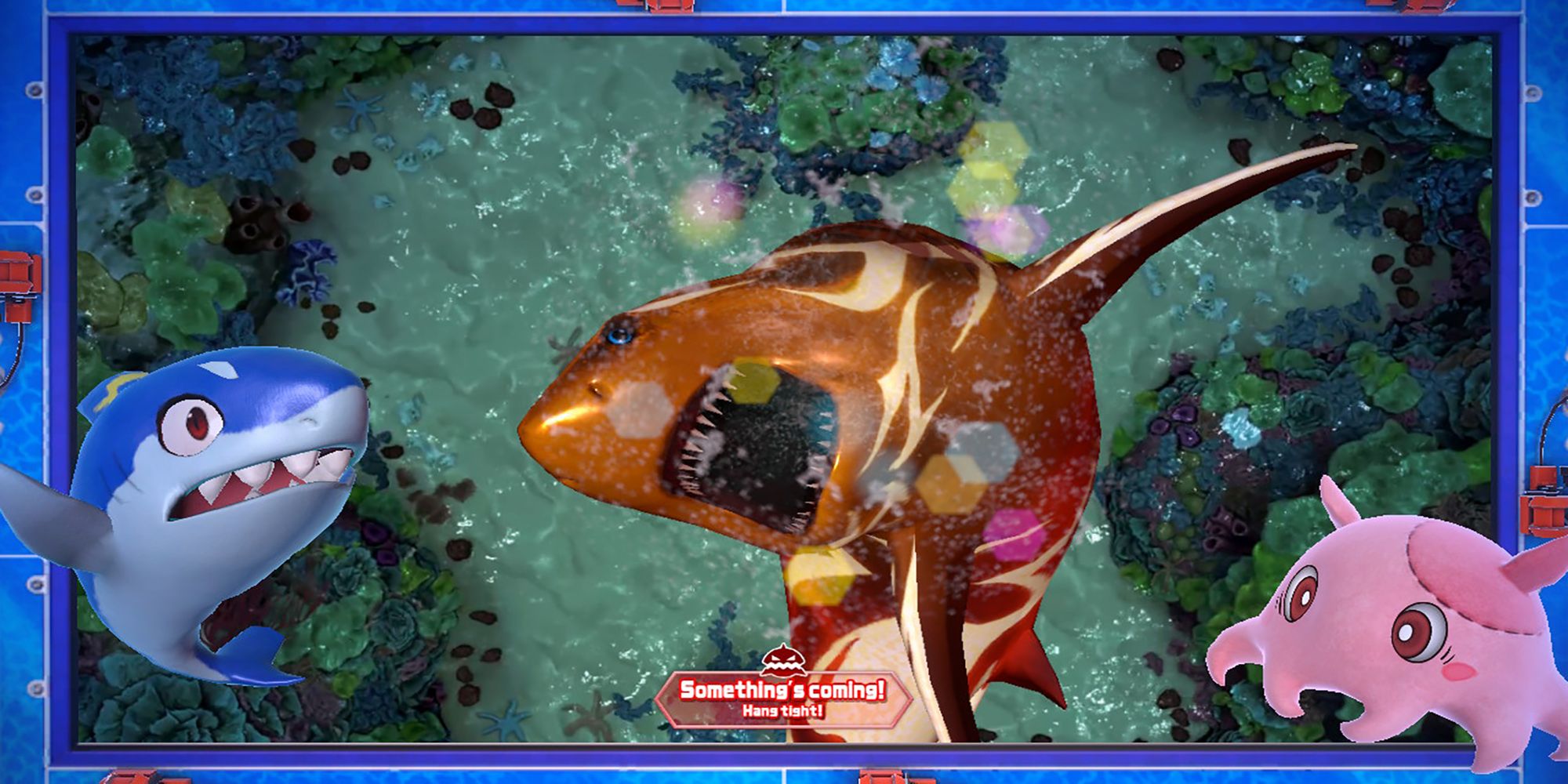 Shark Fever battles have a different rhythm than average Ace Angler boss battles. For instance, you'll only get one cast to reel in the shark. Fortunately, the game casts for you, guaranteeing a shark bite. So, the round officially starts once the shark hooks onto your line.

Additionally, a support meter builds over time. Gnasher and Jack will provide another ultra thunderbolt when the meter fills.

If you win the boss battle, a large sum of medals gets added to the medal game. So you'll win whatever medals fall to the bottom of the machine. Then, once the machine reaches capacity, you'll win any remaining medals that cannot fit into the machine. 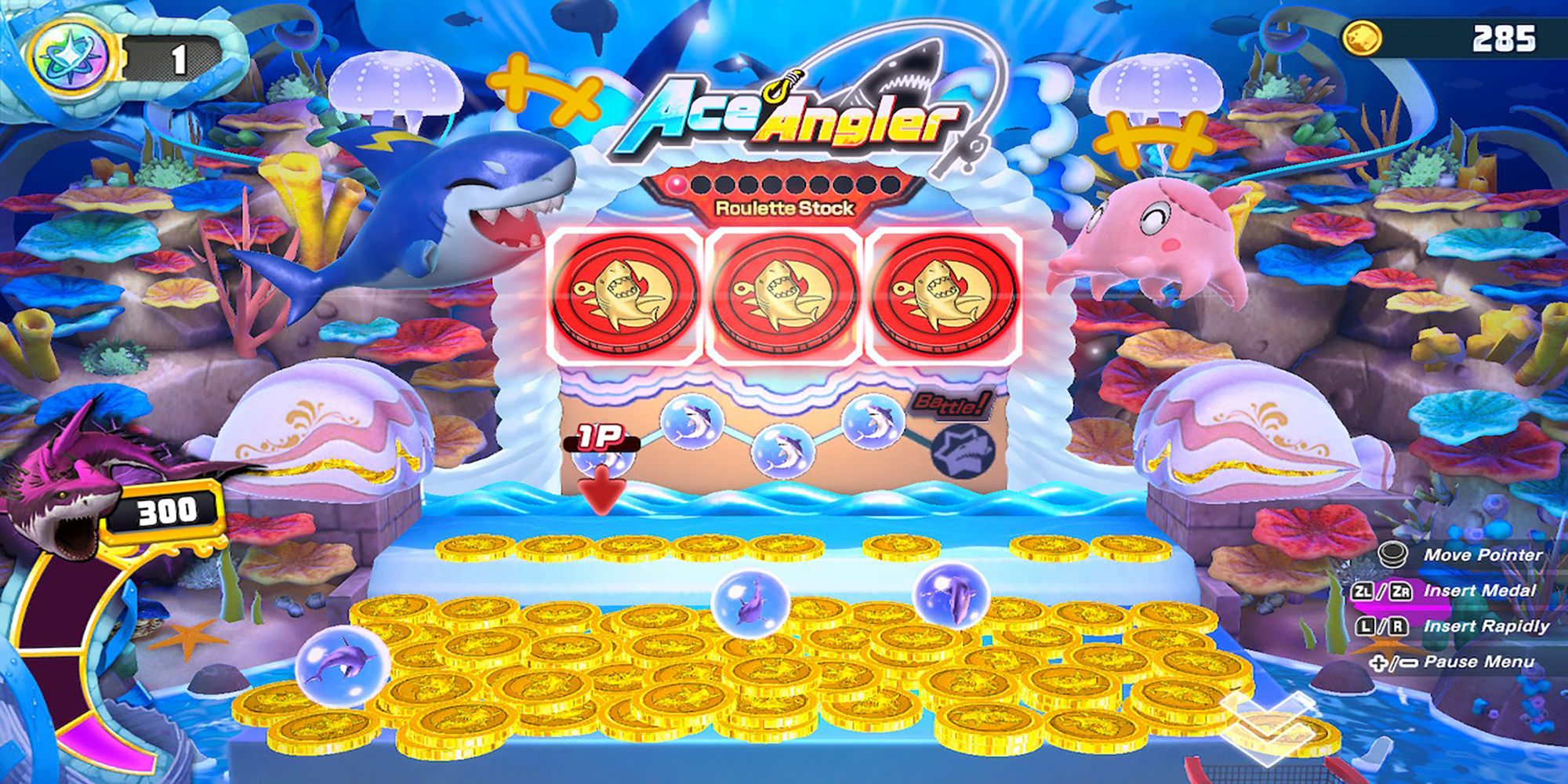 Many of the strategies that work for Monster boss battles in Ace Angler apply to Shark Fever. However, there are several tips you can use to get the most out of the medal game machine.