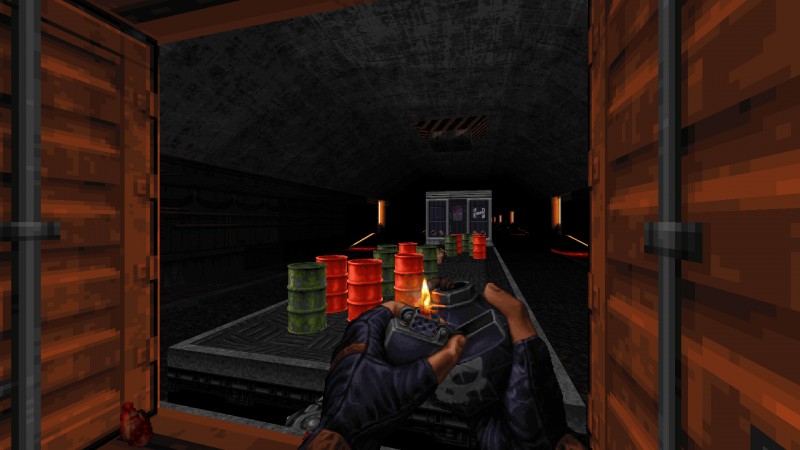 Over the weekend, developers at Voidpoint who made the recent throwback 3D shooter Ion Fury found themselves at the center of a firestorm of controversy. Like most indie developers, Voidpoint had a Discord for Ion Fury’s development wherein developers of the game would have conversations with fans. Screenshots emerged on Friday wherein developers of the game would joke about subjects like gender identity and transgender people, suggesting that the latter are mentally ill for it.

After these screenshots hit social media and video game message board ResetEra, Ion Fury took a defensive tact by saying that the full context of the screenshots were missing. Upon investigating the Discord, which had not deleted anything as of Friday evening, it was not clear what context the Voidpoint developers were referring to. The developer’s Twitter, which showed a number of public Favorites of similar viewpoints, reiterated that context was missing and stated that they did not understand how Twitter works.

Players then discovered that the game itself would feature some off-color jokes, like lotion that says “Ogay,” likely wordplay on “Olay,” and a developer message in an out-of-bounds area that uses a homosexual slur. The message stated “Heere’s SECRET F**bag LAAWRAAH Unholy Fanfare.”

We asked Voidpoint and 3D Realms, the game’s publisher, for comment on Friday evening, but had not heard back until today.

“Members of Voidpoint’s Ion Fury team have made sexist and transphobic comments, and included homophobic language in Ion Fury,” the statement sent to Game Informer reads. “We recognize these statements are insensitive, unacceptable, and counterproductive to causes of equality. We unequivocally apologize both for these comments and language as well as for any pain they have caused the gaming community, particularly women and members of the LGBTQ community. We take full responsibility for any damage that has been done to the relationships we’ve worked so hard to build.

“Moving forward, Voidpoint will institute a zero-tolerance policy for this type of language and all employees and contractors will undergo mandatory sensitivity training.  As part of our efforts to contribute to the work that must be done to further support these communities, we are donating $10,000 from Ion Fury’s release day proceeds to The Trevor Project.  We are also patching Ion Fury ASAP to remove all unacceptable language.”

Ion Fury is available on PlayStation 4, Xbox One, Switch, and PC.