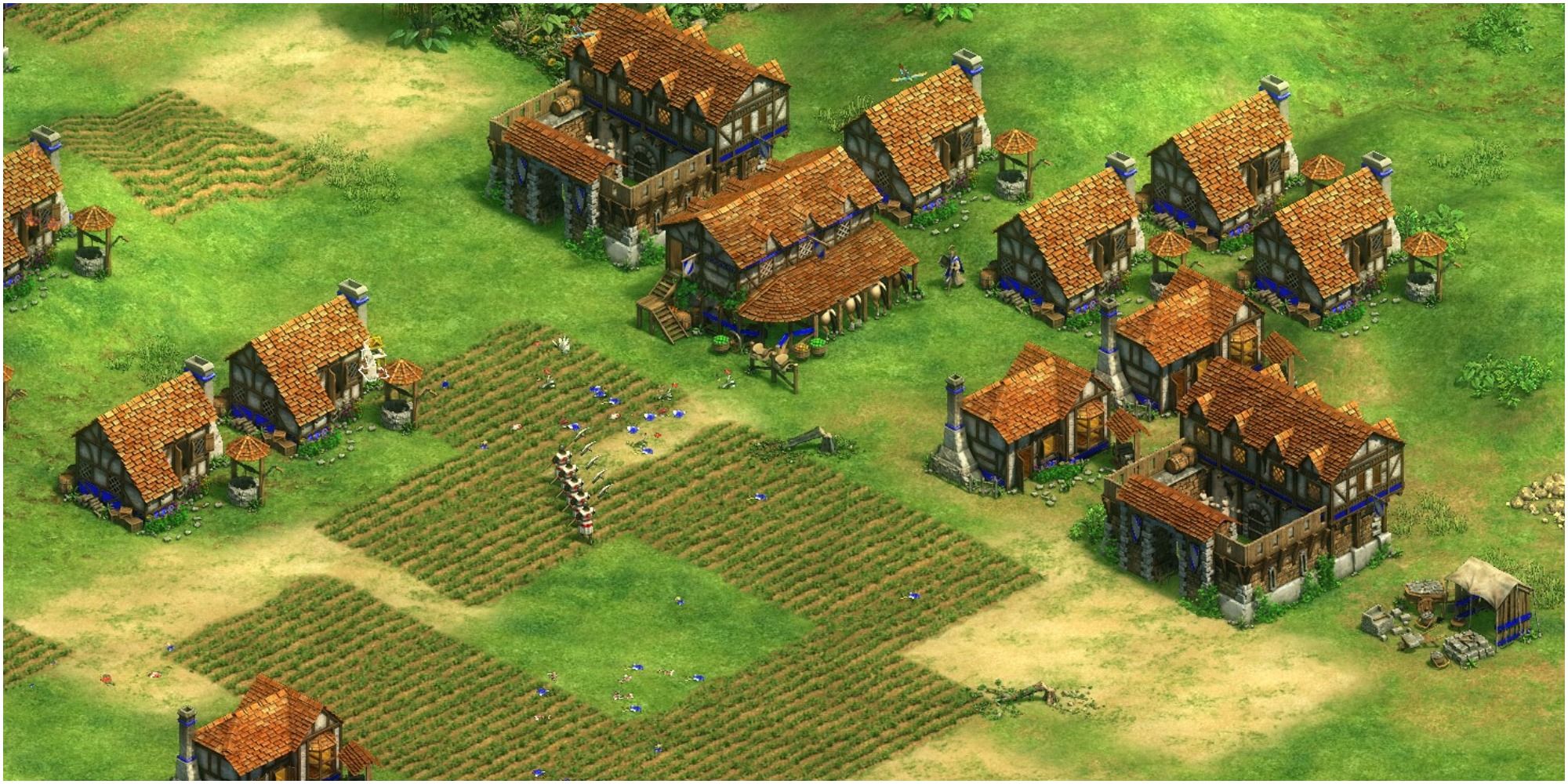 The Franks are a powerful cavalry civilization whose horse units get an added 20 percent HP once the Feudal Age begins. The Franks are also able to collect food at a faster pace, thanks to free Mill technologies and 15 percent faster foraging.

One of the best things about them though, is their Castle. Frankish Castles can be built for just 488 stone instead of the usual 650 price. And the Castle is where you can create the Franks' unique unit: the Throwing Axeman, which hits enemies hard. Make use of the Bearded Axe unique tech for additional throwing range and the Franks' Chivalry upgrade for speedier Stable activities.

The only thing keeping the Franks from being higher on this list is their team bonus. A +2 line of sight to Knights for you and your allies is fine, but it's not going to set the world on fire. 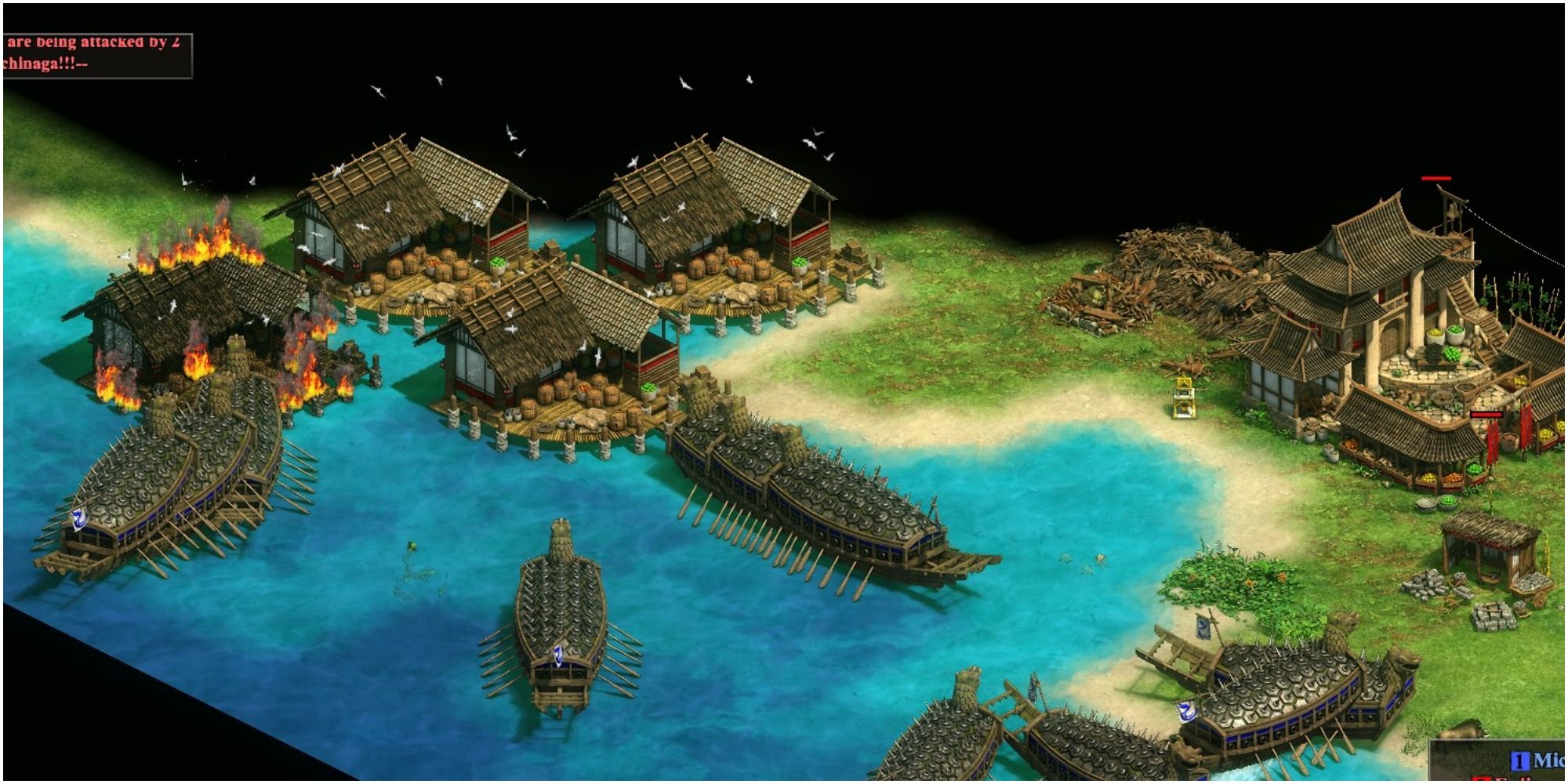 The Koreans are a defensive nation with the added bonus of the tremendous Turtle Ship. And while those silly War Wagons have no historical basis, they're still quite a challenge for enemies to handle.

Defensively, the Koreans can upgrade their towers for free (keeping in mind that the Bombard Tower requires the Chemistry upgrade), and their Watch Towers, Guard Towers, and Keeps all have +2 range. Overall, if you're a beginner who wants to play a somewhat slower game, the Koreans are a good choice. 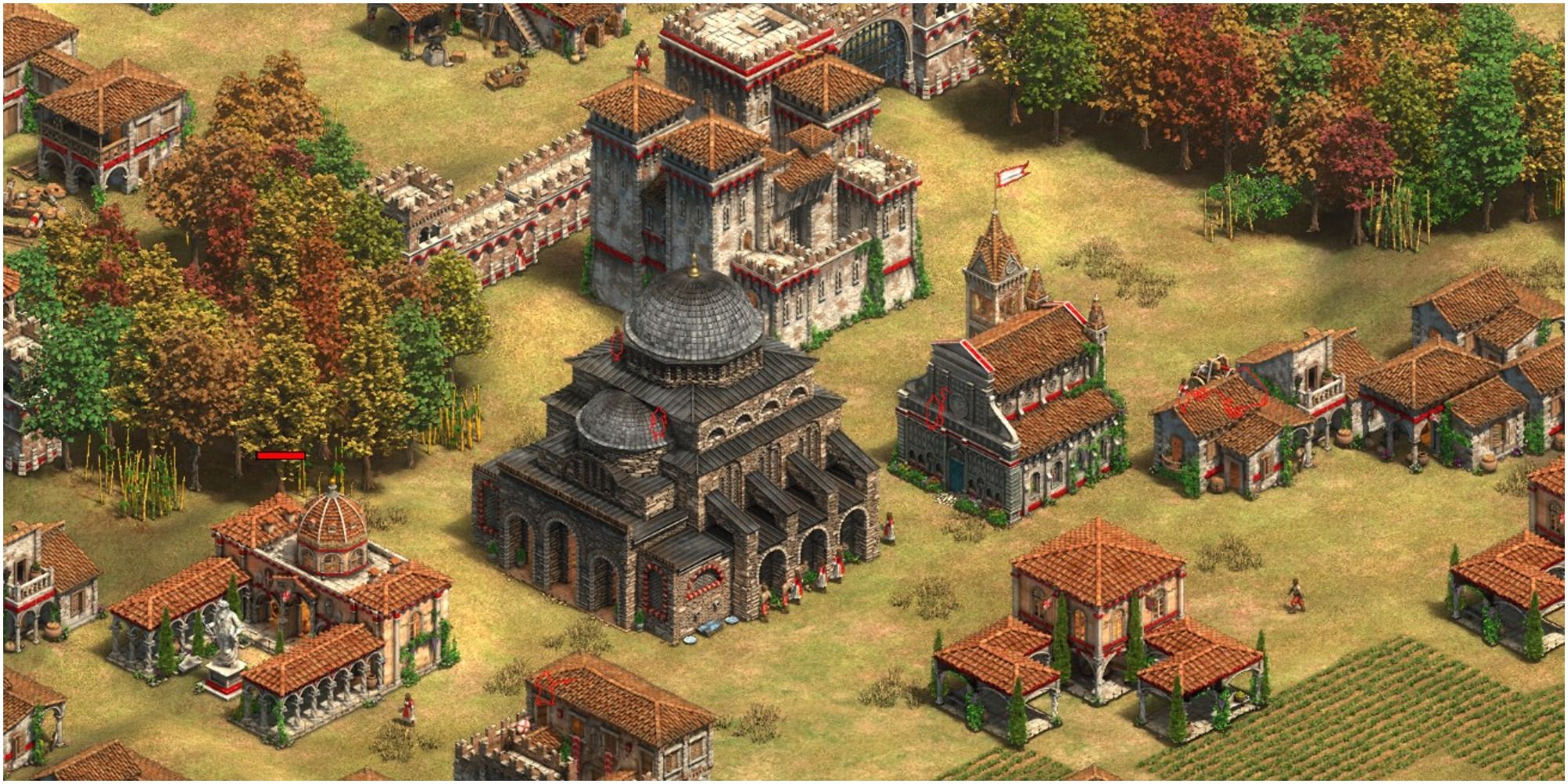 The Byzantines are another largely defensive civilization. Their buildings start with 10 percent additional HP, and that figure increases by 10 with every additional age you advance.

While their cavalry lacks upgrades, you might not need many anyway, since their unique unit, the Cataphract, is one of the most powerful units in the game, especially once you research Blast Furnace at the Blacksmith. The Cataphract is also more effective and less vulnerable to anti-cavalry units like Spear and Pikemen. With the unique Logistica technology, Cataphracts can also cause trample damage to your opponents.

Their technology tree is among the largest in the game, with everything but a few economy upgrades and Herbal Medicine available to research. While that might be overwhelming for a new player, an experienced one can use that to their advantage. Nonetheless, the defensive boons and Cataphract should encourage anyone to give the Byzantines a go. 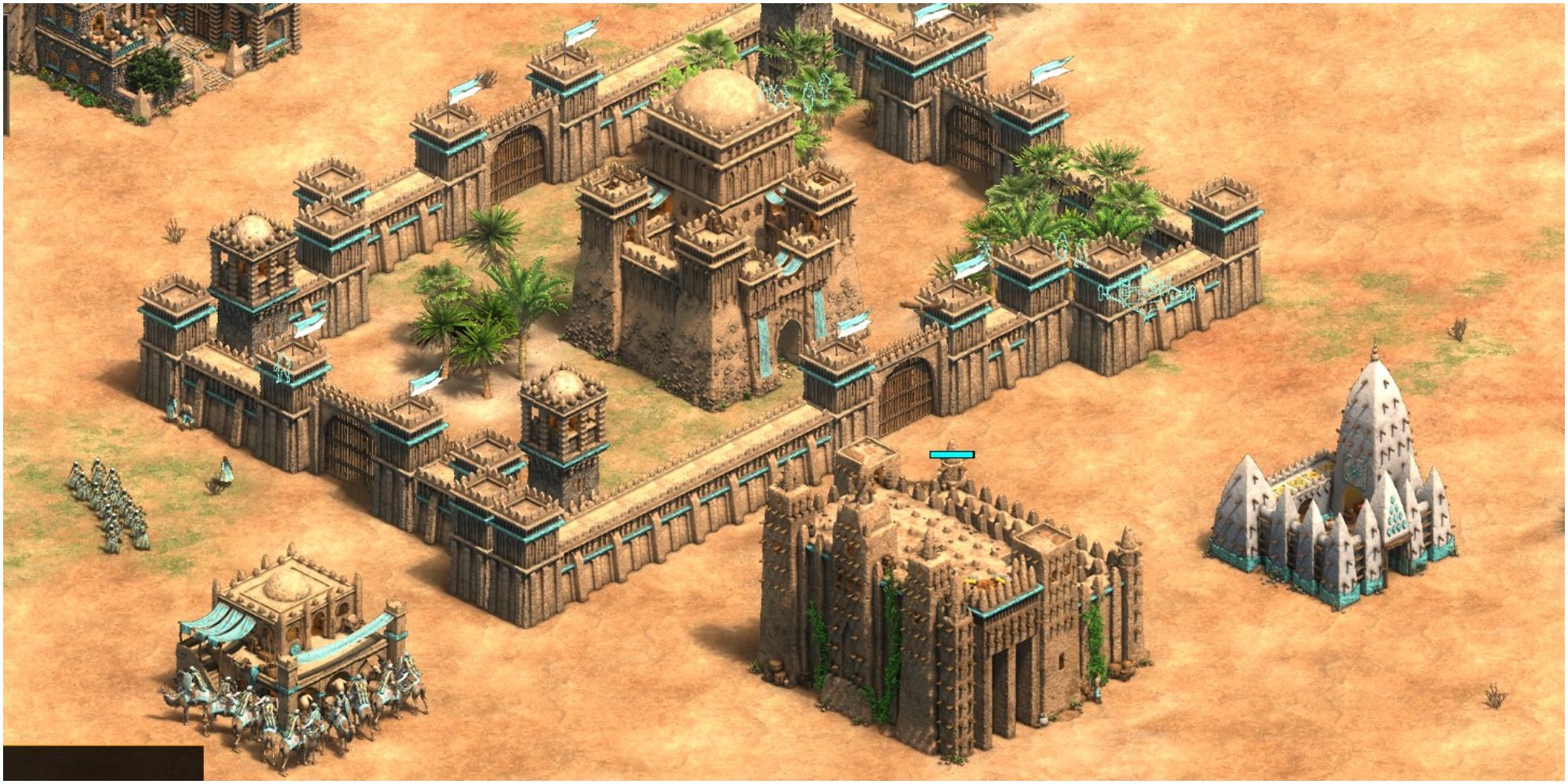 The Malians benefit from a wide variety of bonuses. Economically, buildings cost 15 percent less wood, and gold mines last 30 percent longer. This is particularly beneficial if you're failing to collect Relics, since you can have gold for a longer time period than your rivals, and you can sell wood you might have spent on buildings for gold once you finally run out.

Defensively, Malian Town Centers fire arrows even when ungarrisoned. Militarily, infantry units you create at the Barracks gain an additional point of armor starting from the Feudal Age. You'll also enjoy a +5 attack reward for researching Farimba, Mali's unique technology. And speaking of technology, the Malians will give your entire team a whopping 80 percent speed bonus on University upgrades. Their architecture is gorgeous, too. 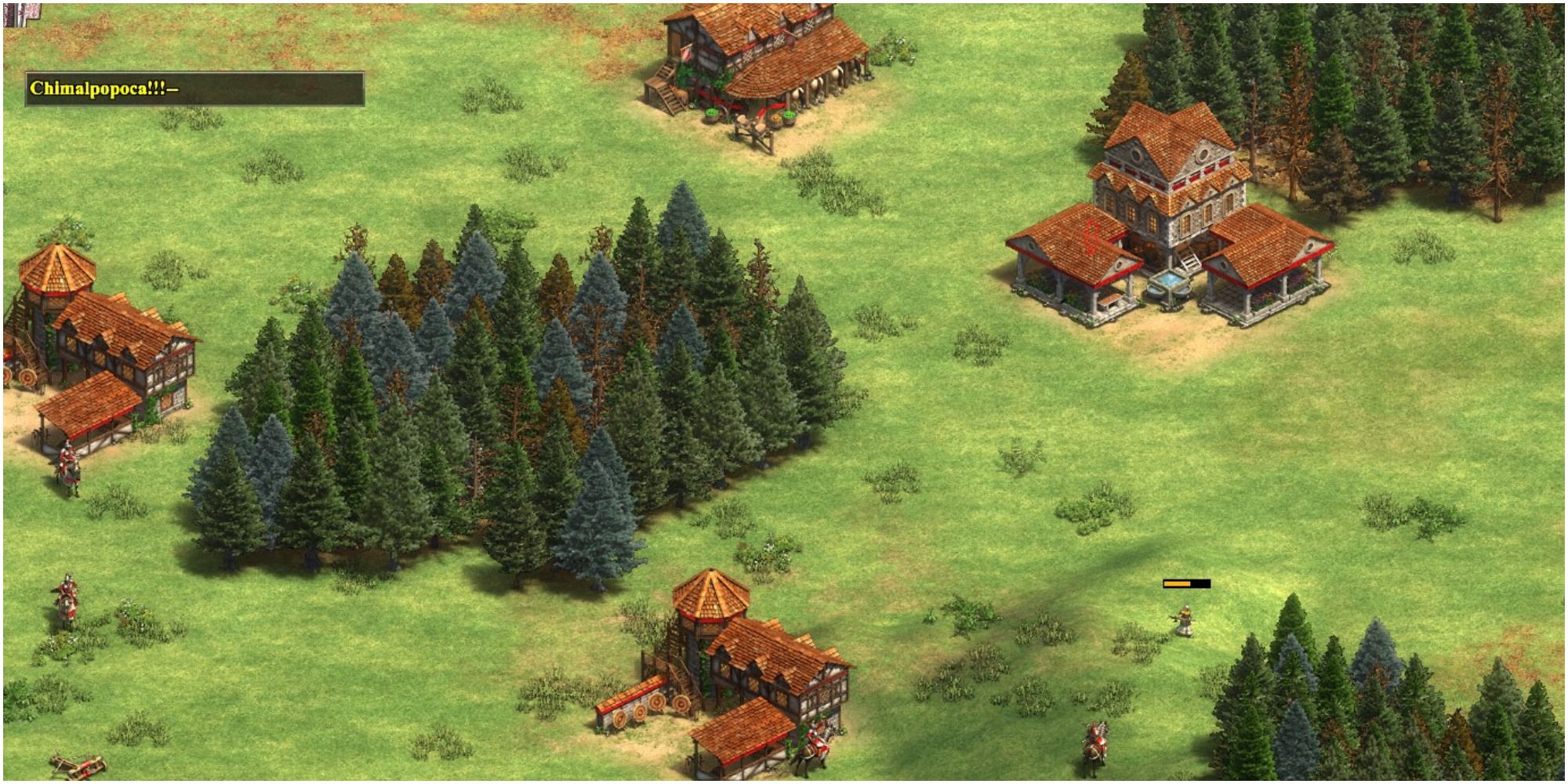 The Huns start hamstrung with 100 less wood than other civilizations, but it's quickly made up for since the Huns don't need Houses. The Huns are also adequate at sieging, since their Trebuchets fire with 30 percent more accuracy than most other civilizations'.

But the Huns are primarily a cavalry civilization. As a result, Cavalry Archers cost 10 percent less in the Castle Age and 20 percent less in the Imperial Age. The Tarkan, the Huns' unique unit, can be created at the Stable. The Huns also harass their rivals passively. Enemies with Relics will only generate half of the resources Relics would normally give them. 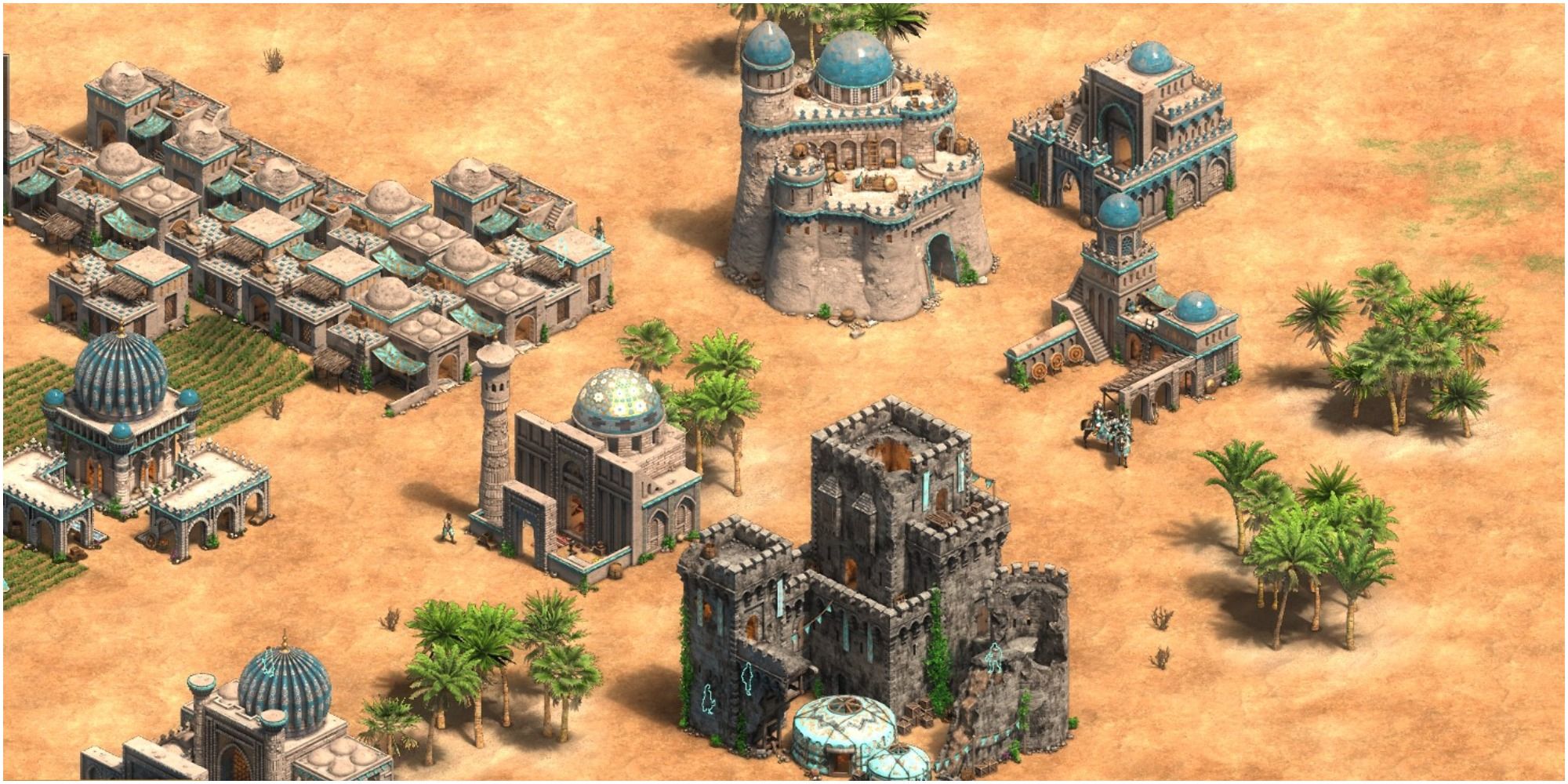 The Cumans were absurdly powerful when the Definitive Edition launched and have been nerfed multiple times since. And they're still good enough to be considered for this list. The Cumans benefit from increased privileges in the Feudal Age, in which they can build Siege Workshops, Battering Rams, and additional Town Centers. They can also build Archery Ranges and Stables for 75 less wood, and their cavalry gets five percent faster with each new age.

The unique Kipchak unit remains very popular among Age of Empires players, even though they've been drastically nerfed since 2019. That being said, the Cumans also have powerful Light Cavalry, Steppe Lancers, and Cavalry Archers. Through their unique Steppe Husbandry tech, they can all be trained 100 percent faster. Cuman allies are also able to create 10 Elite Kipchaks in their Castles for free via the Cuman Mercenaries technology once the Cuman player researches it. 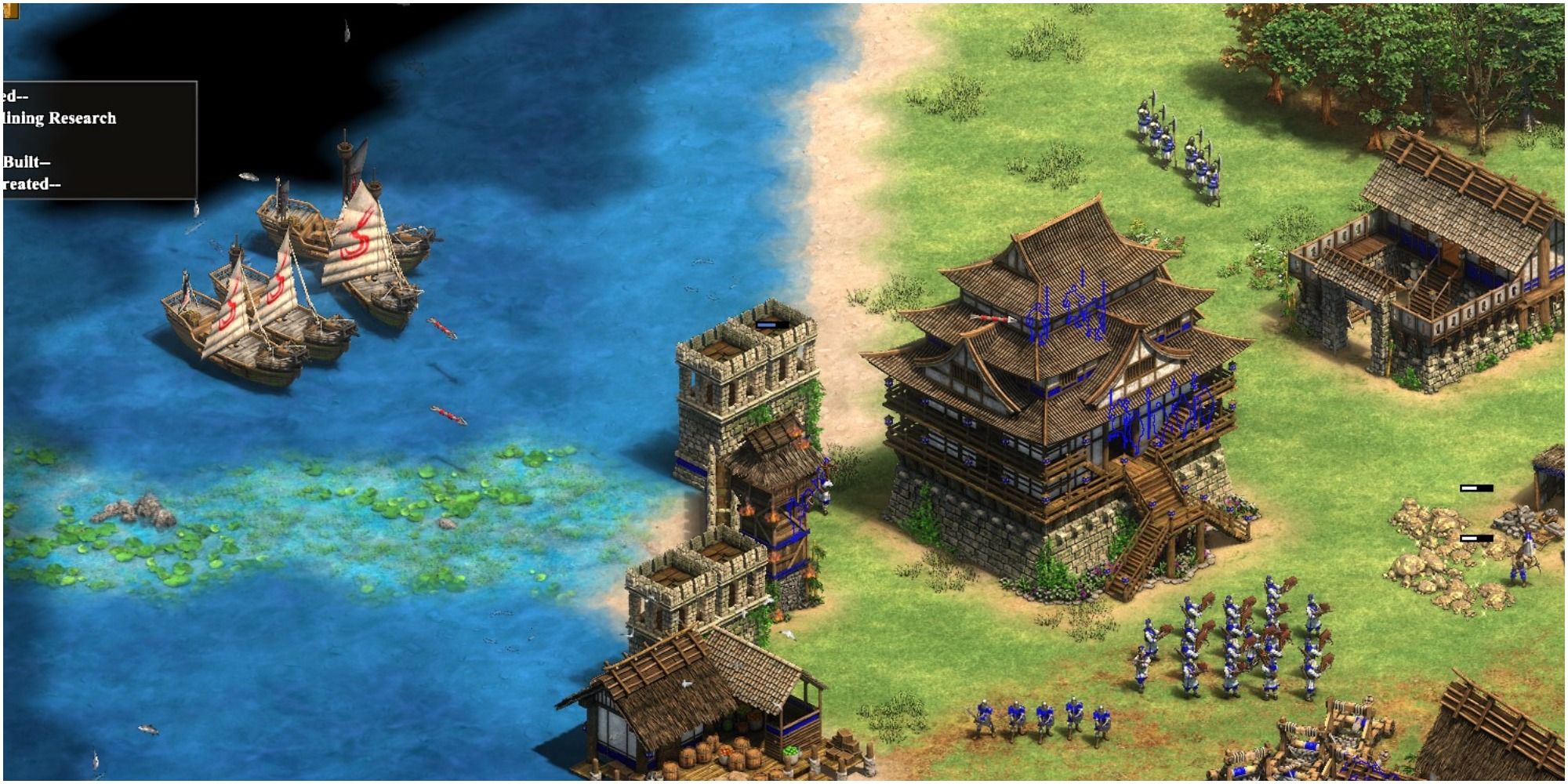 The Chinese benefit from six starting villagers, reduced wood, and reduced food. While the hits to starting resources may sting at first, having extra villagers from the get-go can be highly useful. And a high population is the name of the game for China, since Town Centers can support 10 population instead of the regular five.

The Chinese also grant players increasing discounts in technology throughout the ages, increased HP for Walls and Towers from their Great Wall technology, and additional attack to Scorpions and their unique Chu Ko Nu unit via Rocketry. 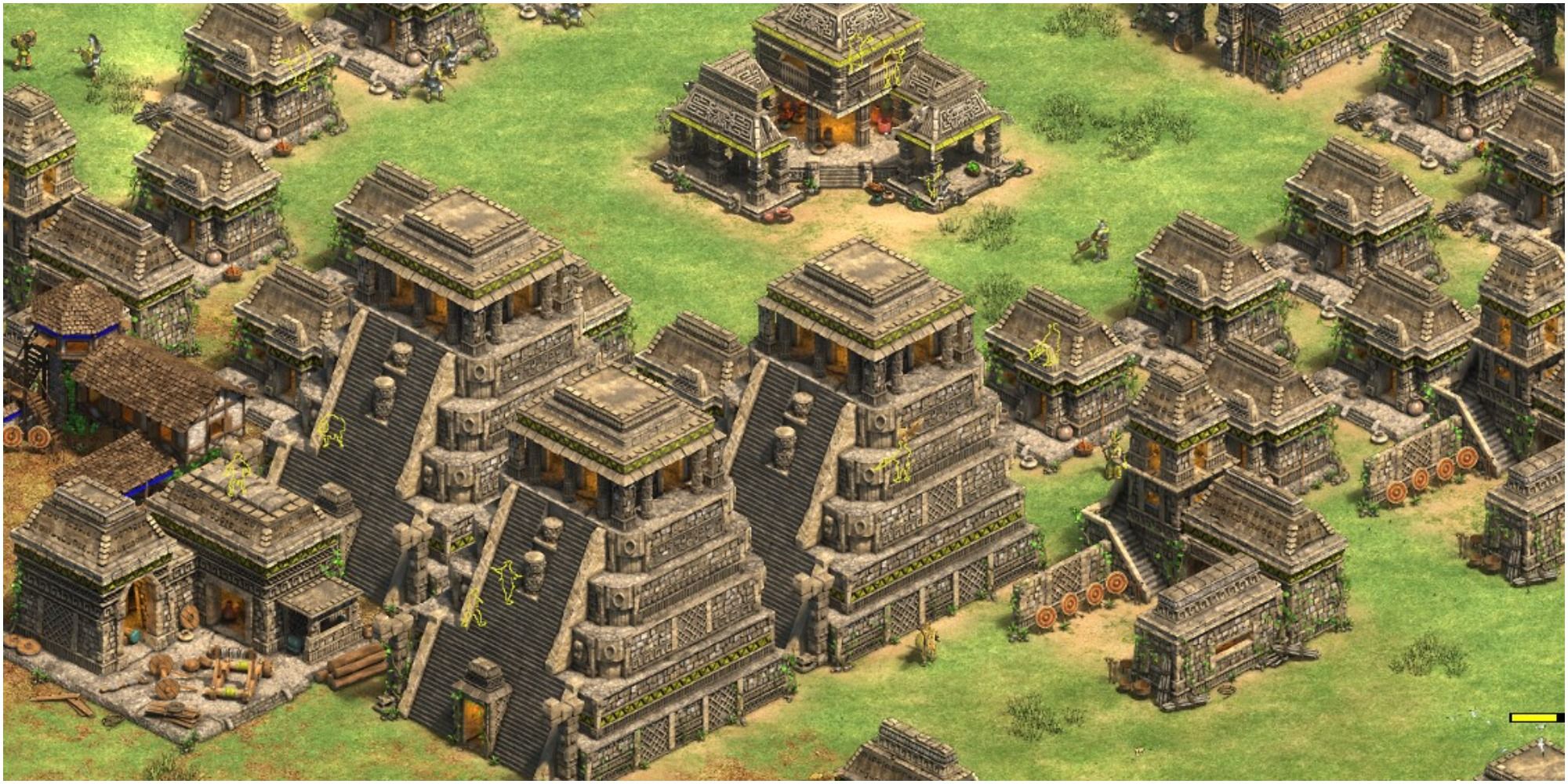 Their unique unit is the Plumed Archer, which is fast. In fact, the Plumed Archer more than makes up for the Mayans' relatively poor cavalry capabilities. They're also good at countering Archers, since their Skirmishers throw a second projectile via their unique Hul'che Javelineers technology. 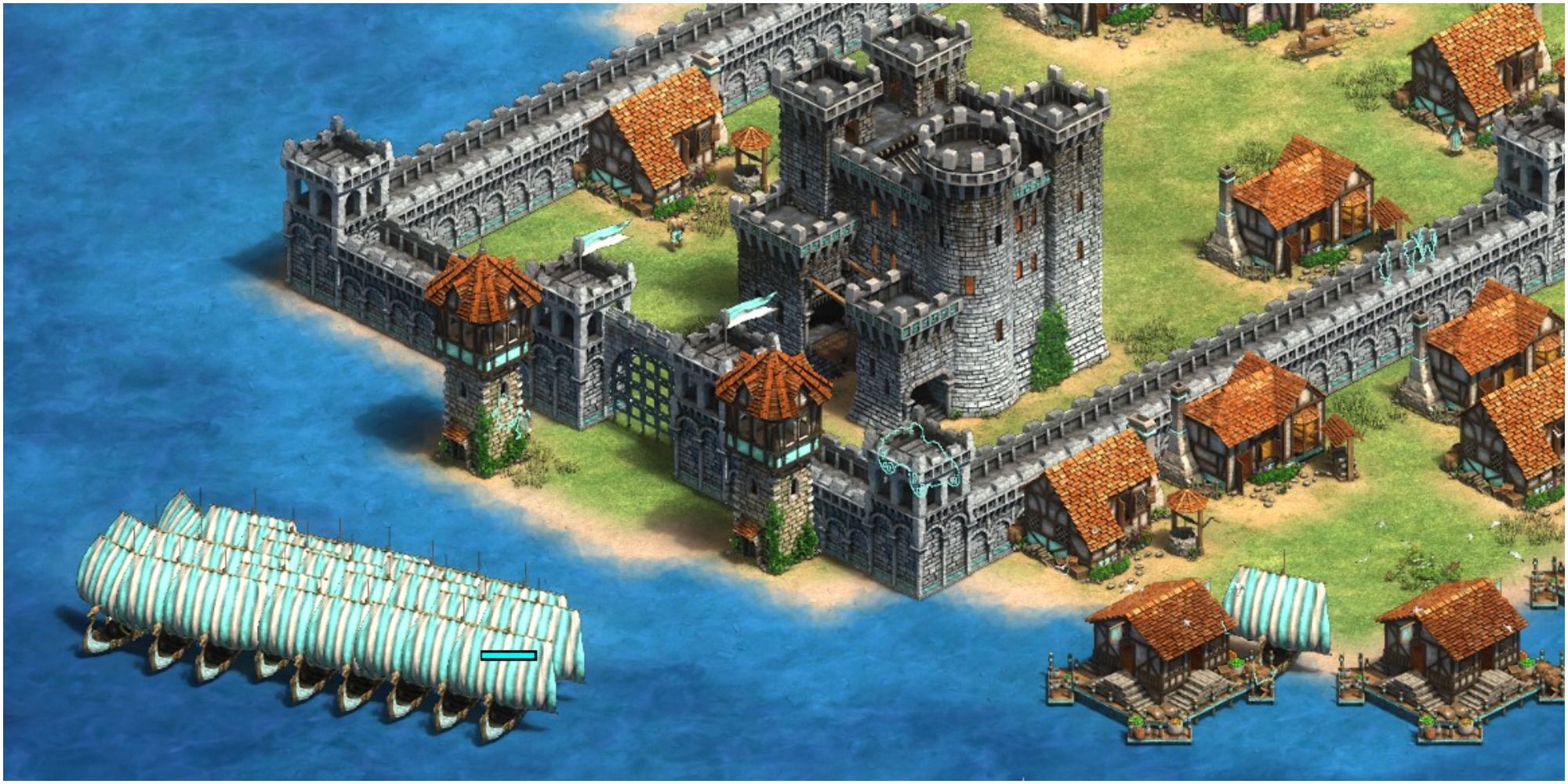 Warships are what matter with the Vikings, who reap the rewards of 15 percent discounts on warships in the Feudal and Castle Age and up to 20 percent in the Imperial Age. Obviously, the Longboat is the main attraction when playing as the Vikings. So, would you even bother to play as them on a land map like Arabia? 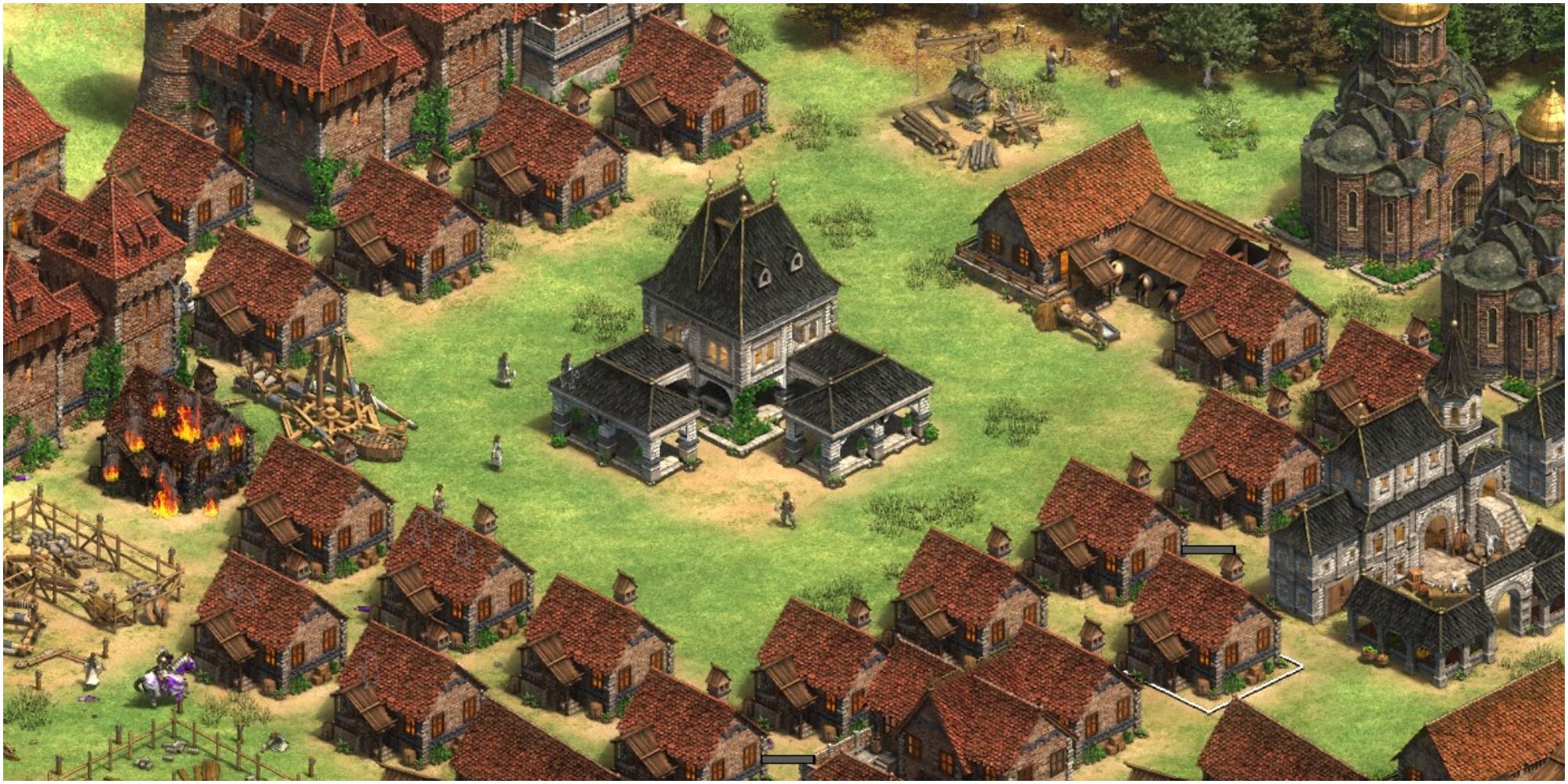 The Lithuanians began their Age of Empires 2 lives with the Definitive Edition, and they're popular with both professional and beginner players alike. It's easy to see why: An additional 150 food to start and increased attack to their Knights and unique Leiti units with each garrisoned Relic can be huge benefits.

The Lithuanian player should focus primarily on cavalry and Monks. Lithuanian monasteries work 20 percent faster, and Lithuania has two unique units in the Leiti and Winged Hussar. With the added Relic bonus, you'll find yourself winning frequently with the Lithuanians.