For years now the enigmatic Thargoids—a race of mysterious, unknowable aliens—have been terrorising Elite's replica of the Milky Way. These creepy, inquisitive extraterrestrials, whose existence can be traced all the way back to 1984's original Elite, seem to have some interest in humanity—and not a healthy one. I met them myself while trading in the depths of space. They pulled me out of supercruise and seemed to be studying my ship, but I flew the hell out of there before they had a chance to do anything. Not today, Satan.

What makes the Thargoids' presence especially impactful in Elite Dangerous is that this is a galaxy populated entirely by human beings. This isn't a sci-fi setting like Mass Effect or Star Trek where all kinds of species co-exist. The idea of some other form of life showing up here—especially an intelligent, seemingly malevolent one—is the stuff of nightmares. For players like me who spend their time in the game space trucking, which is a largely quiet, uneventful career, being yanked out of supercruise by freaky biomechanical ships is a real shock. 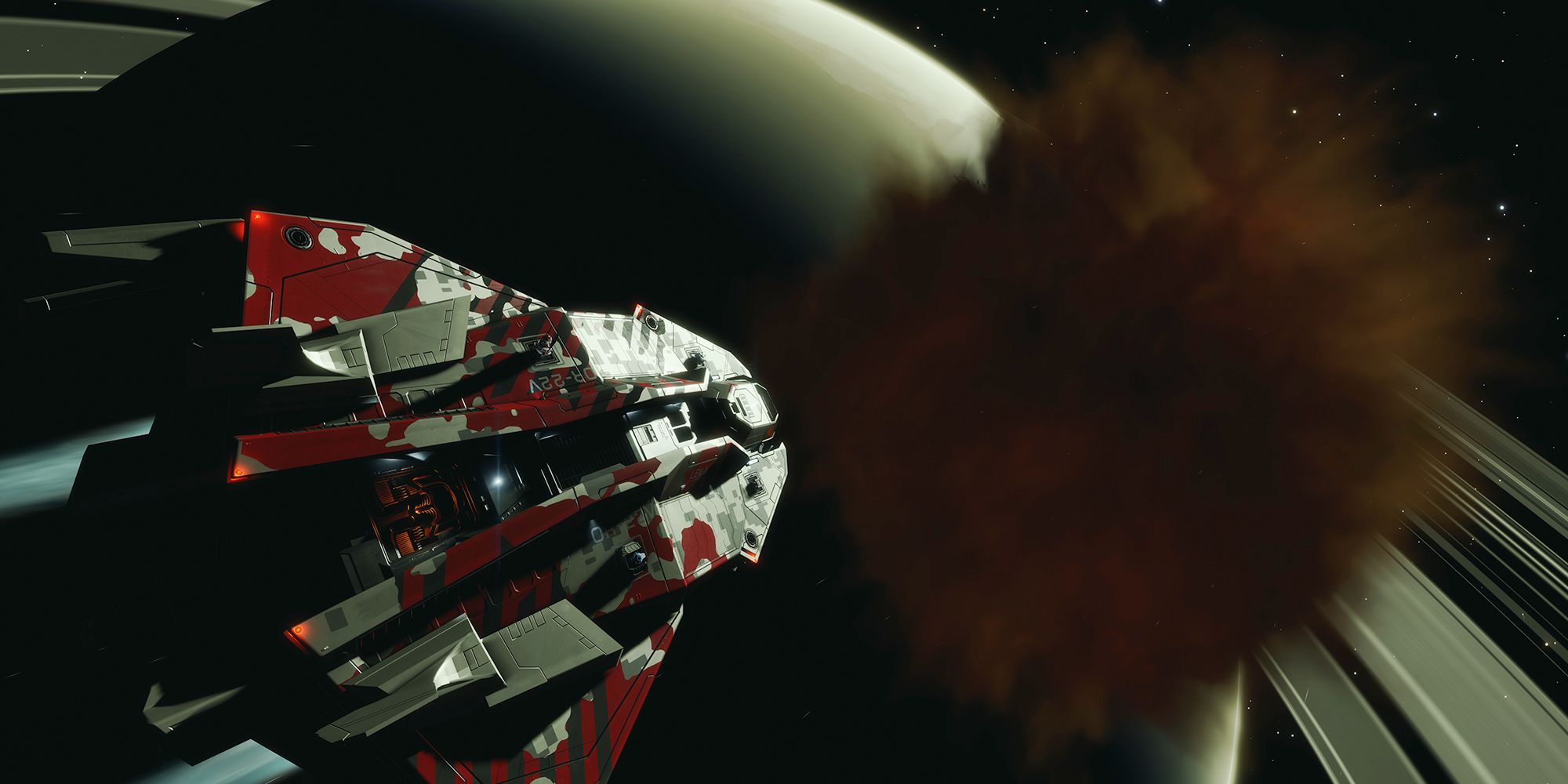 After two years of build-up, and bolder, deeper incursions into human-occupied space, humanity fought back against the Thargoids. Or tried to at least. A scientist calling himself Salvation developed a weapon called the Proteus Wave that he claimed would drive the Thargoids back to whichever godforsaken corner of space they came from. But did it work? Did it heck. All it did was destroy a bunch of friendly capital ships, whose gargantuan, shattered wrecks can be found in the HIP 22460 system, and annoy the Thargoids. Now they're mad.

This sets up Elite's next big update. The Thargoids are done hovering at the fringes of space, tormenting lone pilots, and lurking mysteriously in the shadows. Now it's a full-on invasion, and the Milky Way will never be the same again. This is a major, galaxy-altering event. The biggest in the game's history, in fact. Now if you venture into the Bubble, a nickname for the populated regions of space, you'll find battles erupting among the stars as humanity gathers its forces to fight the Thargoid threat. Elite Dangerous has never been more, well, dangerous.

For combat-minded players, this is an exciting time to be a space pilot. Getting tooled up and flying into these battles to help the war effort will be a great way to test your dogfighting skills. But what about us pacifists? Well, the galaxy is big enough that you can just fly to a safer part of space and pretend nothing is happening. Or if that's too cowardly you could take your ship into warzones to rescue survivors from damaged stations or deliver life-saving supplies. There are, thankfully, plenty of non-combat ways to help the war effort. 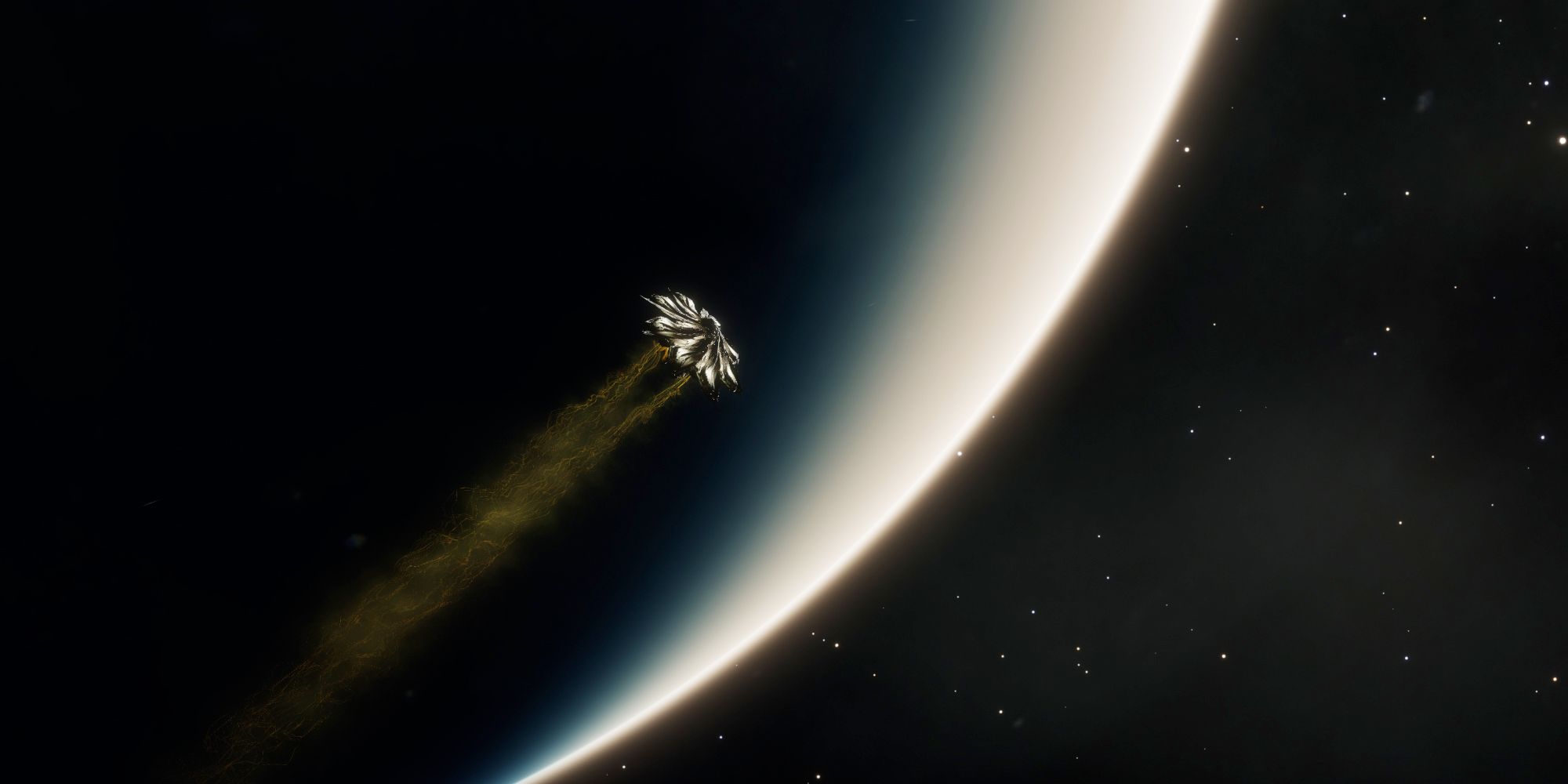 You'll see the results of the Thargoid invasion as you fly around Elite's galaxy, with abandoned starports and space stations plunged into darkness and missing the usual streams of space traffic, illustrating how ruthless these beings are. But what's their motivation? No one knows yet for sure, but Frontier suggests that this update, and future updates, might make their reason for attacking humanity a little clearer—or at least give us some vague hints. Just don't expect clear answers: there will always be an air of mystery around them.

One of the most interesting new features in this update is the introduction of Maelstroms. These weird clouds of energy have appeared alongside the Thargoids, and developer Frontier wants you to fly into them. I saw some early footage of a pilot travelling inside one, and it was an impressive sight with turbulent storm clouds, cracks of lighting, and a general feeling that they really shouldn't be in there. Frontier tells me that there are intriguing mysteries to be found for any players brave enough to go inside—and aggressive aliens too.

The update also adds a revamped Thargoid ship called an Orthrus—a reference to a two-headed dog guardian from Greek mythology, brother of the more well-known Cerberus. According to the developer this ship "doesn't behave like existing ships in the game" and, intriguingly, it says that revealing its purpose might be key to stopping the Thargoid invasion. If you encounter an Orthrus it won't attack you, but it will call for other, more aggressive ships to back it up. Frontier tells me it's excited to see how players will interact with these new ships. 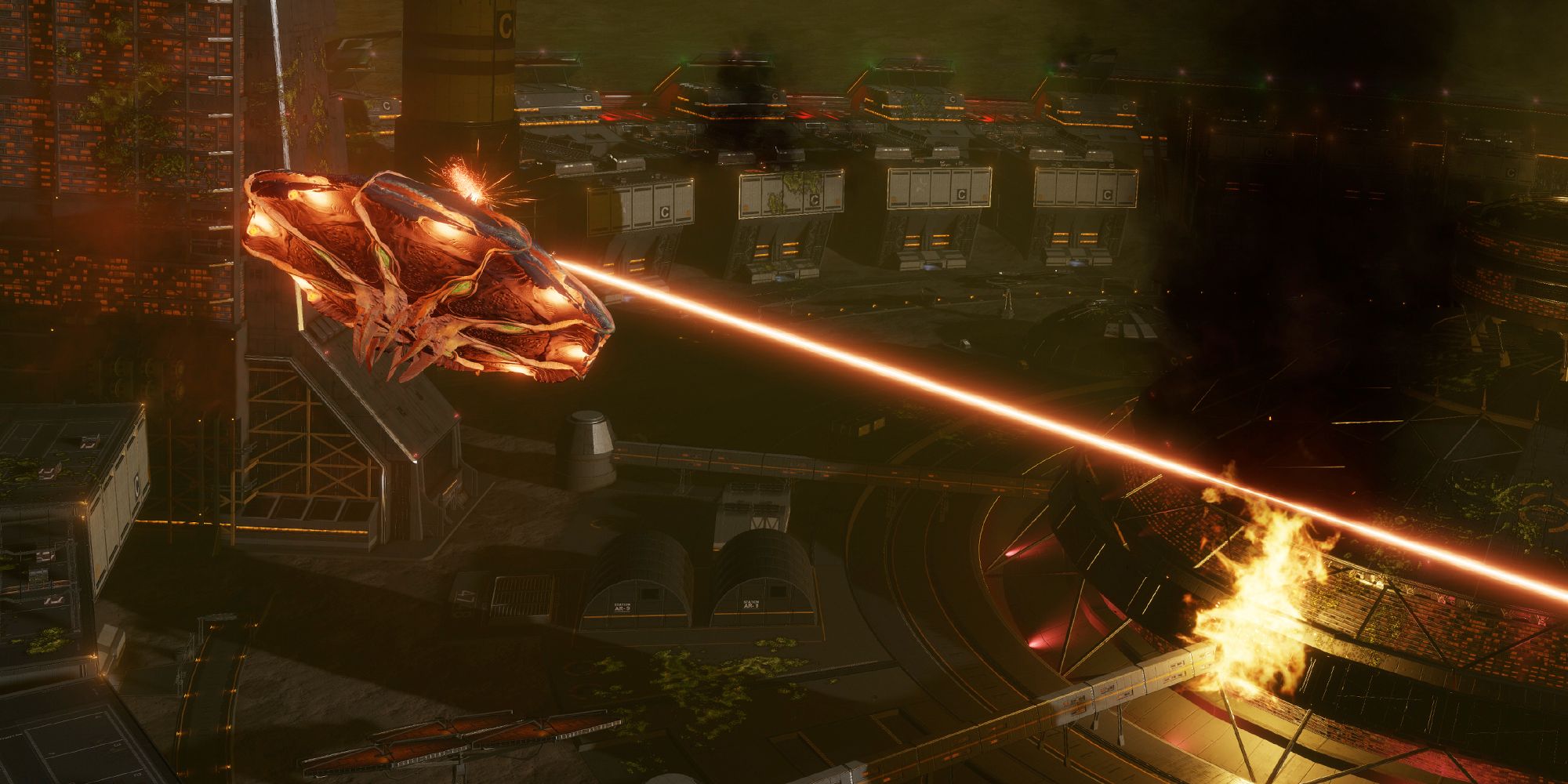 This is one of the biggest shake-ups in Elite history and it'll be interesting to see how this invasion plays out. Humanity already tried to defeat them with a superweapon and just pissed them off, so it seems the only option left is to fight. But Frontier tells me that this update, while a significant one, is only the first step of a larger story. Future updates will bring more chaos and strife to the galaxy in the coming months and perhaps years. Will we ever rid the galaxy of these invaders? Who knows, but we can certainly give them a beating or two.