It’s been about a day since Alinity’s great nipple-slippening – and the internet’s relentless assault on the streamer is beginning to die down. Over the years, Alinity developed a reputation for being Twitch’s poster-child. It didn’t matter if she broke guidelines, her account would usually remain untouched on the platform. Deserved or not, this reputation is what gradually brought her an army of haters who have been waiting for a moment like this to see Alinity’s channel lynched for good.

Would Twitch finally break? Would Alinity get treated like the rest of us mortals? Turns out, yes – they suspended her for the slip-up. She’s done things that warrant criticism (e.g., the treatment of her cats) and things that haven’t (e.g., the whole dog thing.) Handling all of the hate can be difficult to pallet. This time, however, the Colombian-Canadian Twitch streamer has decided to roll with the flow, rather than foolishly swim against the tide. 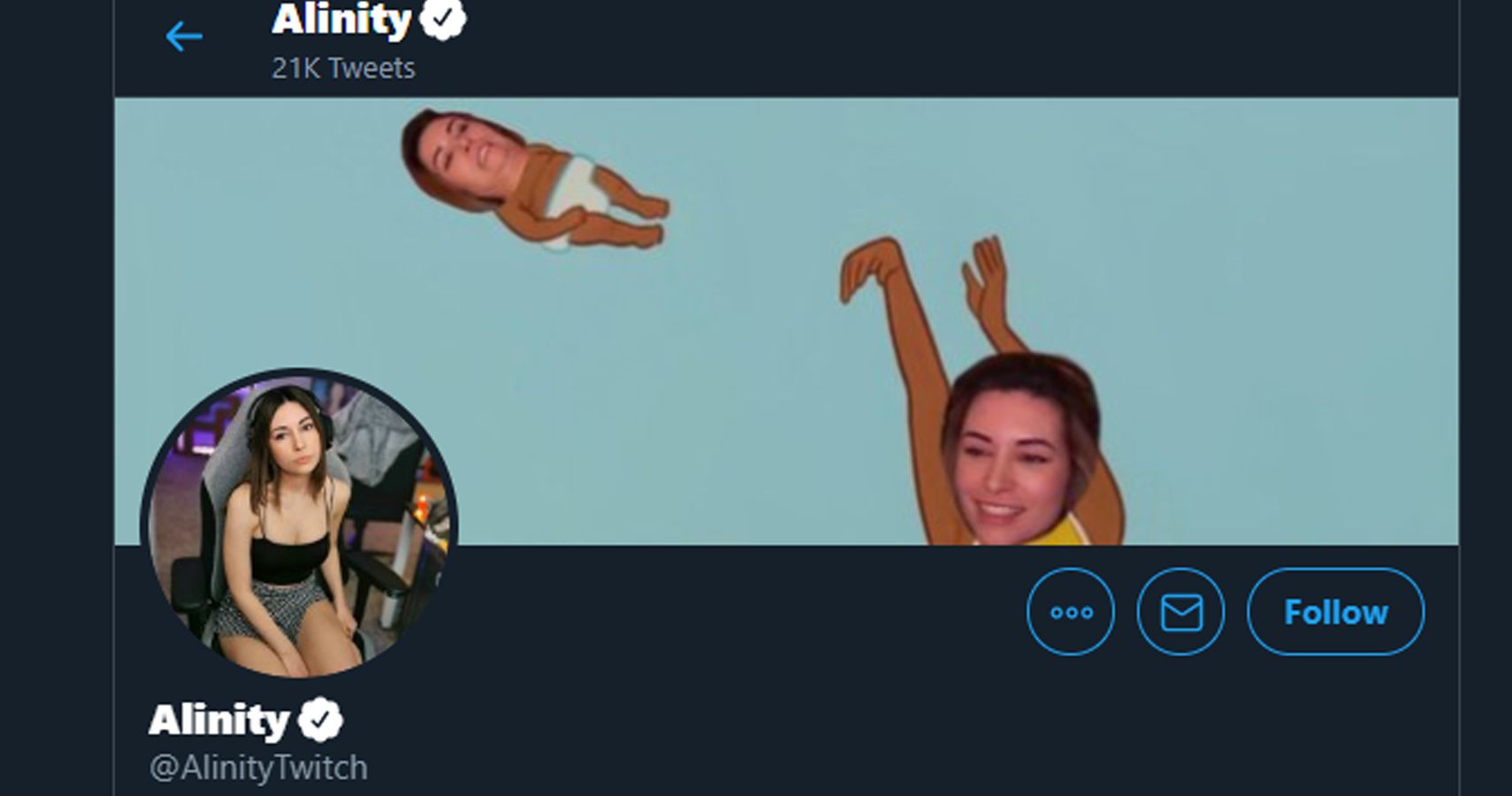 Trying to plug one’s ears while yelling “la-la-la, I can’t hear you!” is the most common defensive measure during times of negative press. Alinity’s joined in on the fun instead, finding humor in the ordeal and subsequently earning some respect.

When she finally got officially banned by Twitch, she celebrated with her haters and pretended like they were all on the same side.

After Twitch made the justified call to suspend Alinity, a lot of those who were shouting about double standards were silenced. Even Rajj Patel lamented over the lack of content to farm. Alinity decided to joke with him about it afterwards, leading to an entertaining dialogue.

But was it all an accident? Almost definitely, but hard to say for sure. Alinity doesn’t necessarily need to pull stunts like this at this point in her career. If she was to intentionally cause press, she could’ve easily gone with something less embarrassing. Although Alinity certainly hasn’t won over everyone’s hearts by rolling with the jokes – it’s definitely helping things blow over as painlessly as possible.