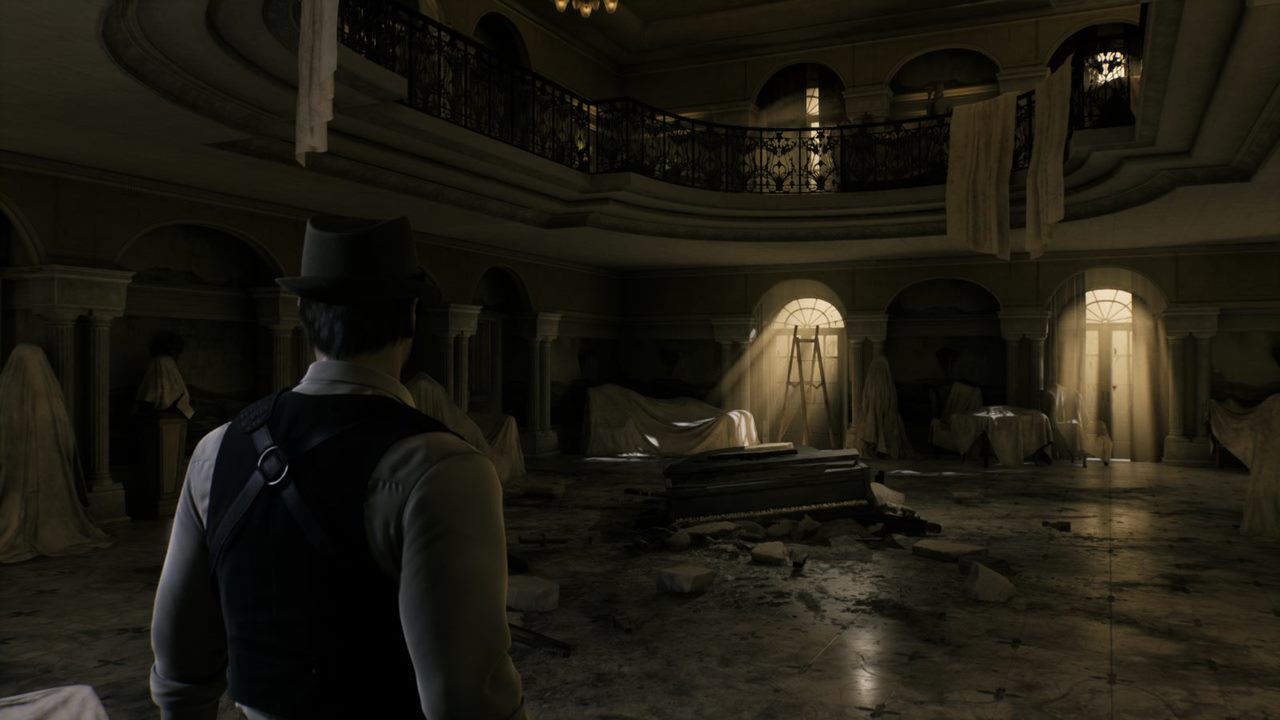 A formal announcement is expected this evening, but a retail listing has given away everything about the Alone In The Dark remake.

There were already suggestions that today’s THQ digital showcase would feature an Alone In The Dark announcement and those rumours have now been proven true, as everything bar a trailer leaks ahead of time.

In-game screenshots and box art for a PlayStation 5, Xbox Series X/S, and PC release have made their way online, as well as a product description that implies it’s not a reboot or sequel.

Although the phrase used is a ‘revisit’, the game looks to be a remake/reimagining of the very first Alone In The Dark game from 1992. A game that, at the time, was only ever released on PC and the 3DO – although there was an iOS port in 2014.

Returning to the series’ roots instead of making a wholly original entry makes sense, considering Alone In The Dark has been on hiatus since 2015’s horrendous Alone In The Dark: Illumination.

It’s not yet clear whether it’ll be a traditional remake, that follows the exact same beats as the original game, or more of a reimagining like the Resident Evil remakes but the screenshots of city streets, which weren’t in the original, suggests the latter.

As for why THQ is reviving the series after all this time, perhaps it was inspired by the success of those Resident Evil remakes. That’d be ironic considering Resident Evil was heavily inspired by Alone In The Dark, even though the former is now much more famous.

The original source of the leak appears to be a French retail website called Smartoys, which contains a listing for the game and a few screenshots. Given the lack of PlayStation 4 and Xbox One listings, it might be safe to assume that the remake is for next gen consoles and PC only.

It has a release date of December 31, 2023 but this is clearly just a placeholder. That may mean, though, that we can expect it to be out by the end of next year.

‘Explore Derceto’s mansion in this revamp of Alone In The Dark, a true love letter to the 90s horror classic,’ reads its description, while also mentioning that it takes place in 1920s Louisiana and stars two protagonists: Edward Carnby and Emily Hartwood.

All those elements were in the original, so while the game does seem to have been expanded in scope the core seems to be sticking closely to the H. P. Lovecraft inspired story of the original.

The game’s script is being written by Mikael Hedberg, who has worked on a number of other horror games, namely Amnesia: The Dark Descent (arguably the scariest video game ever made) and SOMA, both of which were developed by Frictional Games.