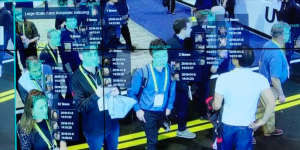 (Reuters) — Amazon.com said on Tuesday it is extending until further notice a moratorium it imposed last year on police use of its facial recognition software.

The company had halted the practice for one year starting in June 2020. Its announcement came at the height of protests across the United States against police brutality toward people of color, sparked by the killing of George Floyd, a Black man, during an arrest in Minnesota.

Civil liberties advocates have long warned that inaccurate face matches by law enforcement could lead to unjust arrests, as well as to a loss of privacy and chilled freedom of expression.

Amazon’s extension, which Reuters was first to report, underscores how facial recognition remains a sensitive issue for big companies. The world’s largest online retailer did not comment on the reason for its decision.

Last year, it said it hoped Congress would put in place rules to ensure ethical use of the technology, though no such law has materialized.

Amazon also faced calls this month from activists who wanted its software ban to be permanent.

Nathan Freed Wessler, a deputy project director at the American Civil Liberties Union, expressed support for Amazon’s move and called on federal and state governments to ban law enforcement’s use of the software.

“Face recognition technology fuels the over-policing of Black and Brown communities, and has already led to the false arrests and wrongful incarcerations of multiple Black men,” he said in a statement.

Amazon offers face-matching with “Rekognition,” a service from its cloud computing division. Customers relying on the program to find human trafficking victims have still had access to the facial recognition capabilities, Amazon has said.

Critics have noted research born out of a project called Gender Shades, which showed Rekognition struggled to determine the sex of individuals with darker skin tones. Amazon has contested this.

Due to Amazon’s prominence and prior defense of facial recognition, its moratorium has carried significance. Rival Microsoft said shortly after Amazon’s announcement last June that it would await U.S. federal regulation before selling its face recognition software to police.

Pharmacy chain Rite Aid also stopped use of the technology at its stores, it said the following month.