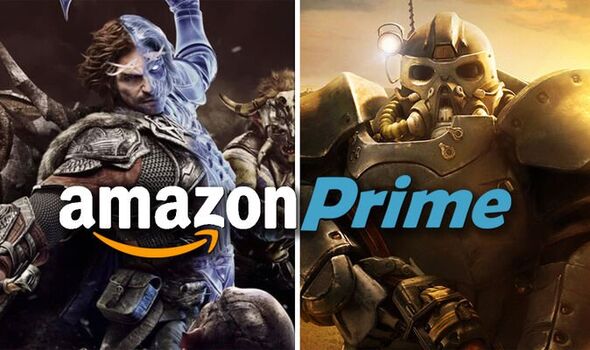 Amazon has revealed the next wave of free game giveaways for October 2022. Available to Amazon Prime customers, the October free games include the likes of Fallout 76 and Middle-earth Shadow of War. That’s in addition to a host of unlockable rewards and in-game items for popular titles such as Apex Legends, Fall Guys, Pokemon Go and Madden NFL23. You can even claim the games and items by signing up for a free Amazon Prime trial.

Unlock access to exclusive deals by signing up for a free Amazon Prime trial. Prime members also enjoy next-day delivery for free, unlimited photo backup to the cloud, access to all shows and films on Prime Video, and tracks via Prime Music. Cancel anytime during the month-long trial period and you won’t pay a penny!

The online multiplayer game has improved a lot since launch, with new features fleshing out and expanding the experience.

“25 years after the bombs that ended the world fell, you and your fellow Vault Dwellers emerge into post-nuclear America to explore a vast decrepit wasteland in this open-world multiplayer addition to the Fallout story,” reads the official description.

It’s joined by what is arguably an even better game in Middle-earth Shadow of War, which joins the service just as blockbuster Amazon series Rings of Power starts to gather steam.

“Dive into the magical land of Middle-earth as you forge a new Ring of Power, conquer Fortresses in massive battles and dominate Mordor with your personal orc army in the latest instalment of the Middle-earth series.”

Other freebies include Total War: Warhammer II, which is a turn-based fantasy game featuring epic battles containing thousands of soldiers.

Glass Masquerade: Origins, LOOM, Hero’s Hour and Horace round out a strong selection of free games.

Hero’s Hour is described as a fast turn-based strategy RPG with real-time combat: “Hero’s Hour allows you to develop your cities and armies, level up your heroes to gain new, powerful spells and skills, and explore the wonders and dangers of procedurally generated maps as you aim to conquer your enemies before they’re able to do the same to take you out.

Horace, meanwhile, is a story-based platform game in which a robot learns about life.

“Heralded as one of the best in its class, this huge platforming adventure pushes the boundaries of the genre with the profound story of a small robot learning of life, the universe and Douglas Adams.”