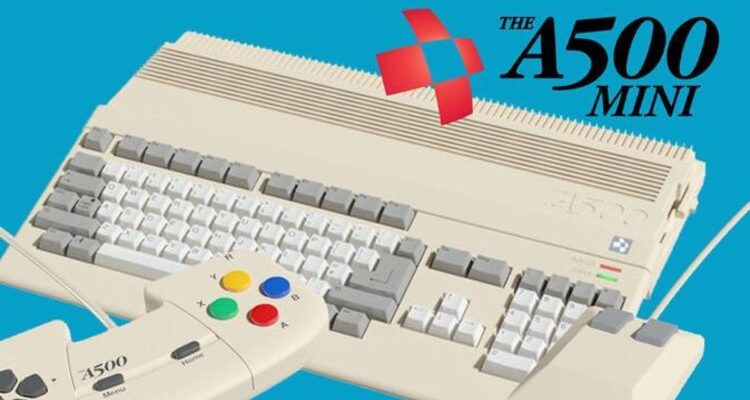 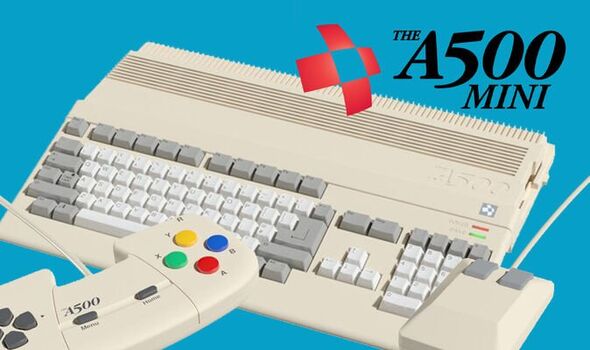 Released back in 1987, the Amiga 500 was a powerful machine from Commodore which offered graphics and sound quality that was hugely impressive for its time. The award-winning console went on to become Commodore’s best-selling system, and was home to some much-loved 80s and 90s games including cult classic platformer Zool. If the Amiga 500 holds a special place in your heart then specialist classic console maker Retro Games has the perfect release for you.

This week the A500 Mini has hit shelves – a fun-sized version of the iconic Commodore machine which comes loaded with 25 classic PC games that can be played in glorious HD.

Retro Games has included a great collection of pre-loaded games that cover some of the most iconic Amiga releases such as Zool which we’ve already talked about, plus the brilliant Another World, beloved top-down shooter The Chaos Engine, 90s classic Speedball 2, Worms: The Director’s Cut and much more.

Straight out of the box the A500 Mini comes with plenty of Amiga games for you to dive into. And despite the many years that have passed since these releases a lot of these games have aged remarkably well, and even if you don’t have much nostalgia for these games you’ll still have fun if you’re picking them up for the first time.

One iconic series that is missing from the Amiga 500 Mini which we would loved to have seen included is the Lemmings games.

But the good news is if there are some games that aren’t included on the list of pre-loaded games that you’d like to play you can sideload them.

Like with Retro Games’ other classic consoles, you can load up Amiga games onto a USB stick, plug this into your A500 Mini and play them that way.

This versatility is something that other classic consoles such as the SNES Classic Mini and Mega Drive Mini don’t offer and is a brilliant way to get more out of the A500 Mini and expand its library.

Besides the selection of games, the build quality and user interface for the A500 Mini are all to a good standard.

The console comes included with a two button mouse plus a controller based on the Amiga CD32 which is surprisingly comfortable to use despite its distinct and unique design.

While the UI – which is very similar to the C64 classic and C64 Mini – comes with all the bells and whistles you’d expect from a retro console.

You’ll get a home screen which offers a blurb giving background on each game plus the ability to use save states and a wide variety of customisation options to make sure the game is displayed just the way you like.

Overall, the Amiga 500 Mini is a strong addition to the crowded classic console market that will appeal mostly to those that have a lot of nostalgia for this iconic PC gaming machine. And the ability to add extra games is a great little bonus which will add plenty of extra life to the system.