Among Us does not have a wide variety of maps, but the deception game does have three relatively solid maps that play to the advantage and disadvantage of the two “teams” in the game. Polus is a happy medium between the small but classic map “The Skeld” and the relatively large and hard to navigate Mira HQ.

Unlike the other two maps, Polus takes place partially outside set on “Planet Polus.” The purple planet is technically larger than Mira HQ but is a lot more straight forward compared to Mira’s odd structure. Polus also presents plenty of ways either crewmates and imposters can win.

Common tasks are assignments that every crewmate gets and must complete in order to win the match. Imposters need to fake this task in order to not get caught. An early test is if the common task is “Insert Keys.” This task will be right behind everyone when they spawn in. While it will be listed in the task list, imposters should look to see if players go to it in the beginning. If so, join them in order to not look suspicious otherwise one person will likely call it out. If imposters see “Scan Boarding Pass,” which is located in the room next to Office right alongside Vitals. 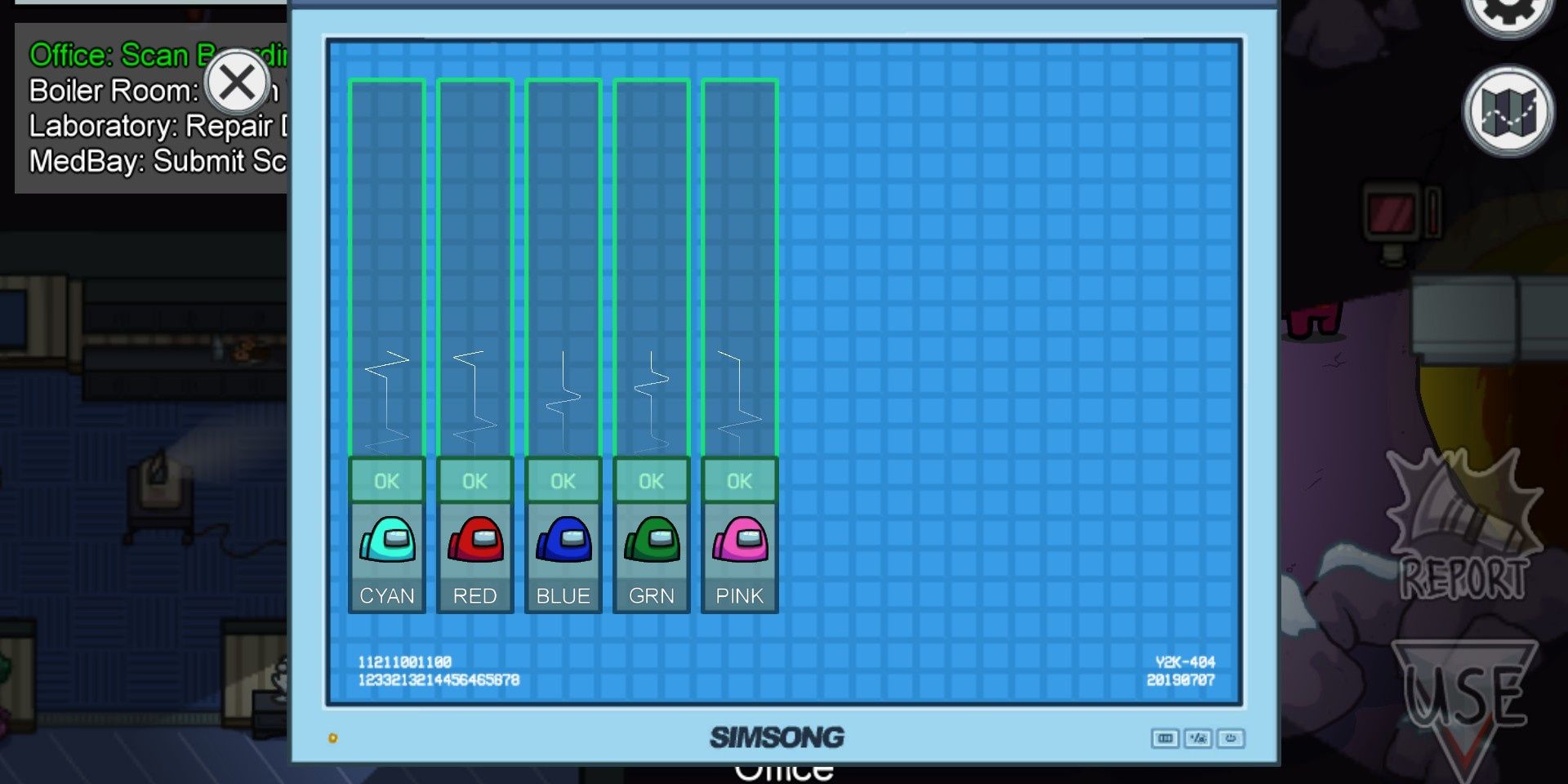 Like other maps in Among Us, Polus gives the crewmates the tools needed to figure out the crimes being committed around the base. Vitals, located in the Office area, give players the ability to see if any players have died without discovering a dead body. This is useful because it could give crewmates incentive to go out and find the body before the imposters get another kill. Plus, it could also give crewmates an idea as to when an individual dies in order to potentially catch an imposter in a lie.

The Skeld has rooms that are all pretty well connected to each other. This is certainly not the case in Polus as one room is rather separated from the rest of the map. The Specimen Room has two long hallways connected to it, with Decontamination Rooms attached on the other ends.

This may be a perfect spot for murdering someone because it may take some time before another crewmate finds it. In using this room, it may also be smart to shut off the lights in case another person comes around the corner. 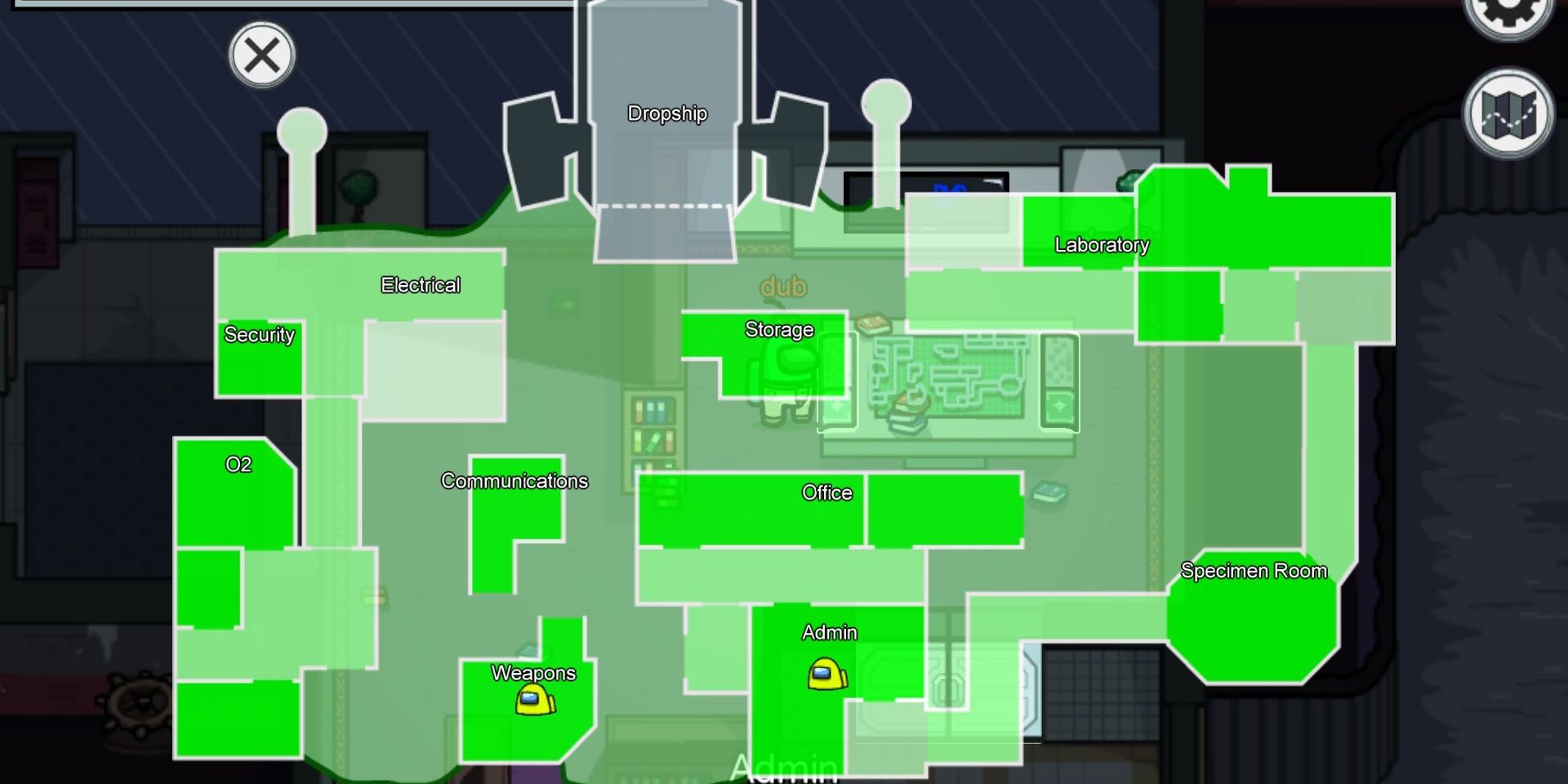 Another sure way to keep track of fellow crewmates and their movements is to use the table in the Admin room, right outside of the south Decontamination Room. While the table doesn’t explicitly tell the player where everyone is, it tells you whether or not there is an individual in a room and, if so, how many individuals are in there. Dead individuals will disappear from the table after being killed, so this may be an interesting barometer to use when discussing who was present when a potential murder took place. 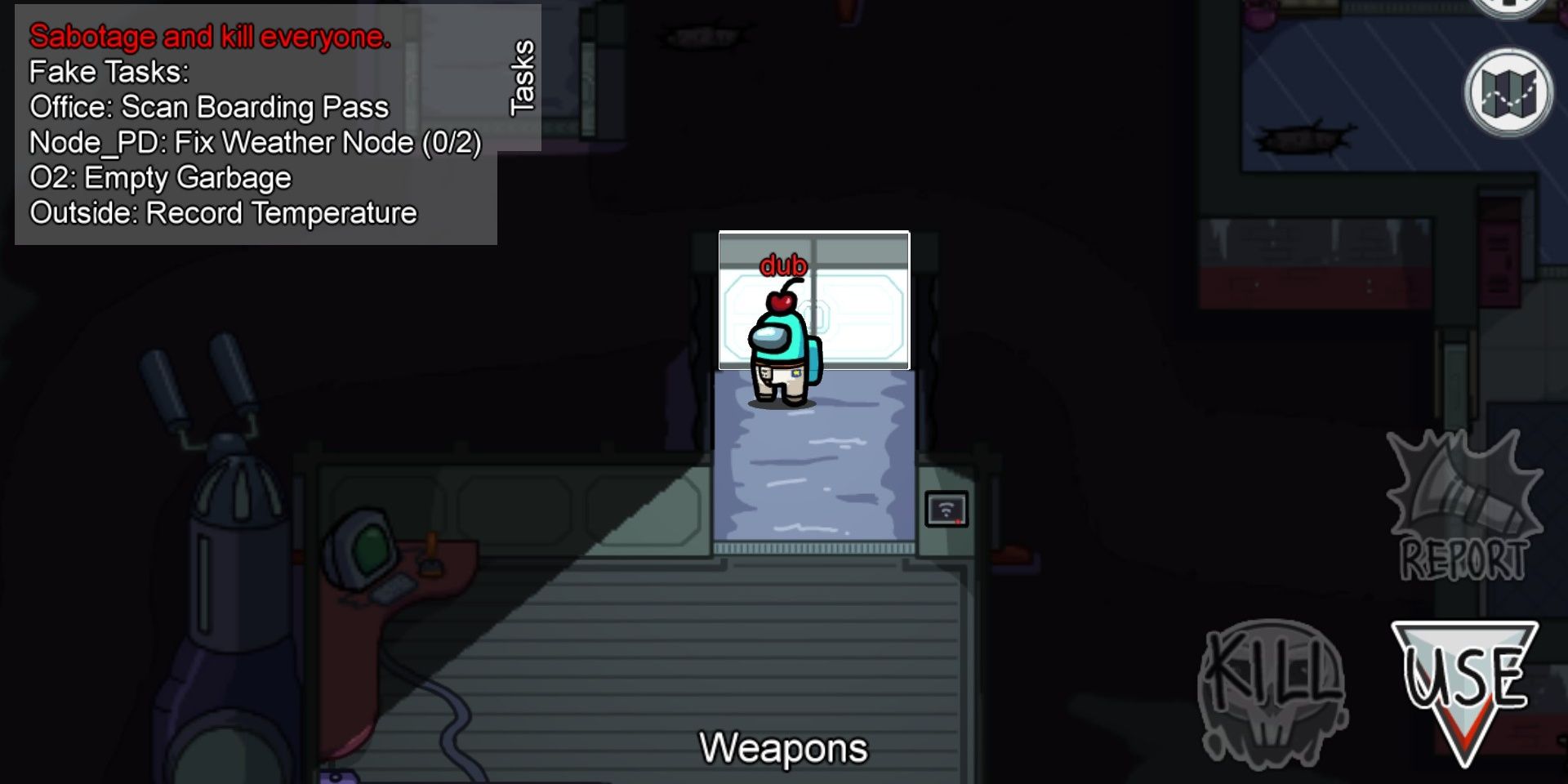 While there are sabotages that may cause crewmates to stop what they are doing, there are others that just add more difficulty to navigating a map or finding an escape. Trapping crewmates by shutting doors can be rather useful in Polus as players need to manually open the doors. This is different from The Skeld where doors will open automatically after a short period of time. The best time to use this is when an imposter kills someone in a room with a door. They close it and vent, keeping players outside until someone manually opens the doors up. 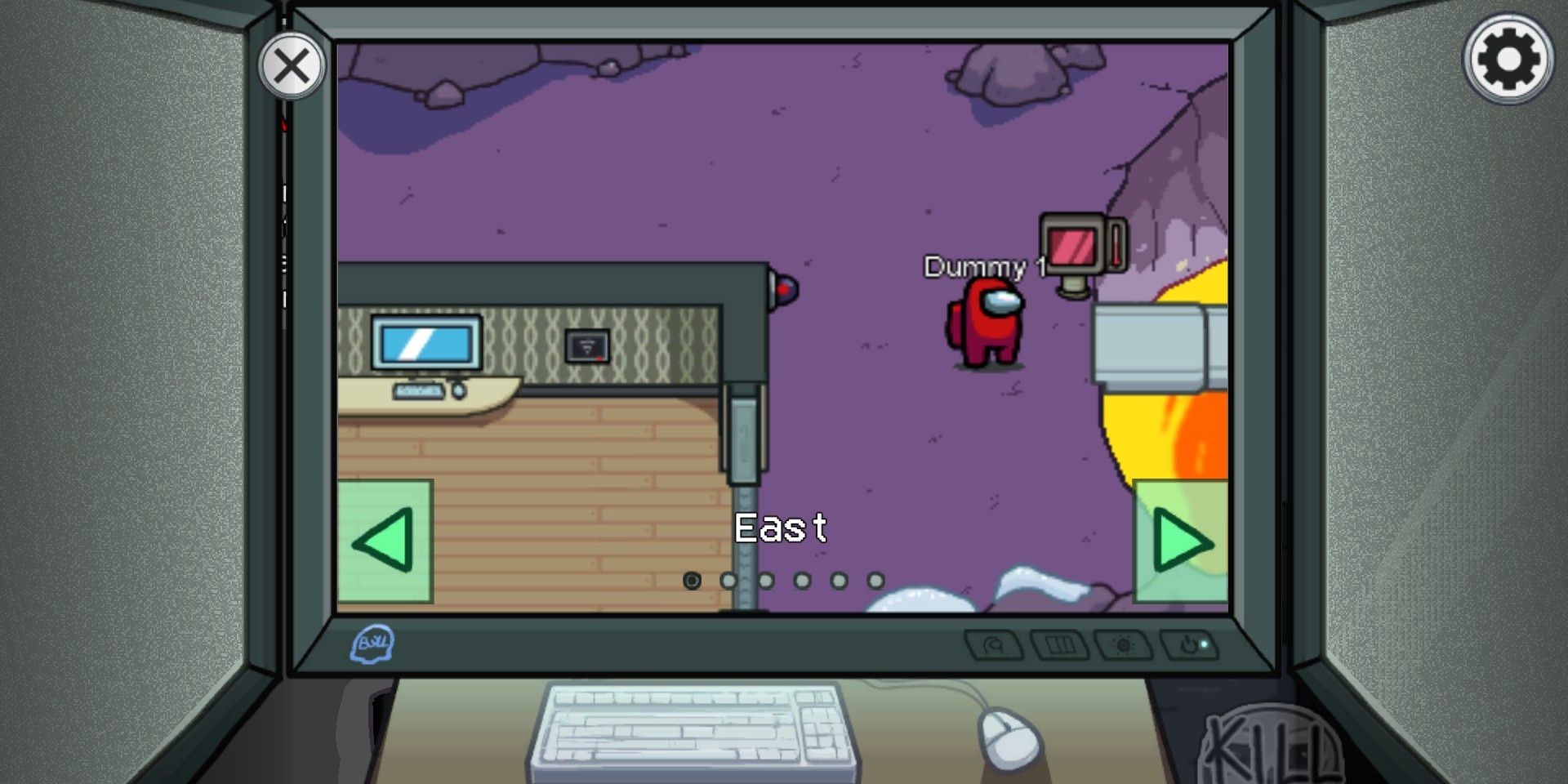 Like The Skeld map, there is a security camera that players can use to keep track of player movement. The difference is that Polus has six different camera locations for players to view instead of four. That said, the downside for these cameras is that players can only look at one camera at a time. Players will need to cycle through camera views frequently to keep track of any action. That said, players may get lucky and find a body by using the cameras. If an imposter isn’t paying attention to the camera turned on, they may even kill in front of it. It’s one of the more direct ways of seeking out potential imposters. 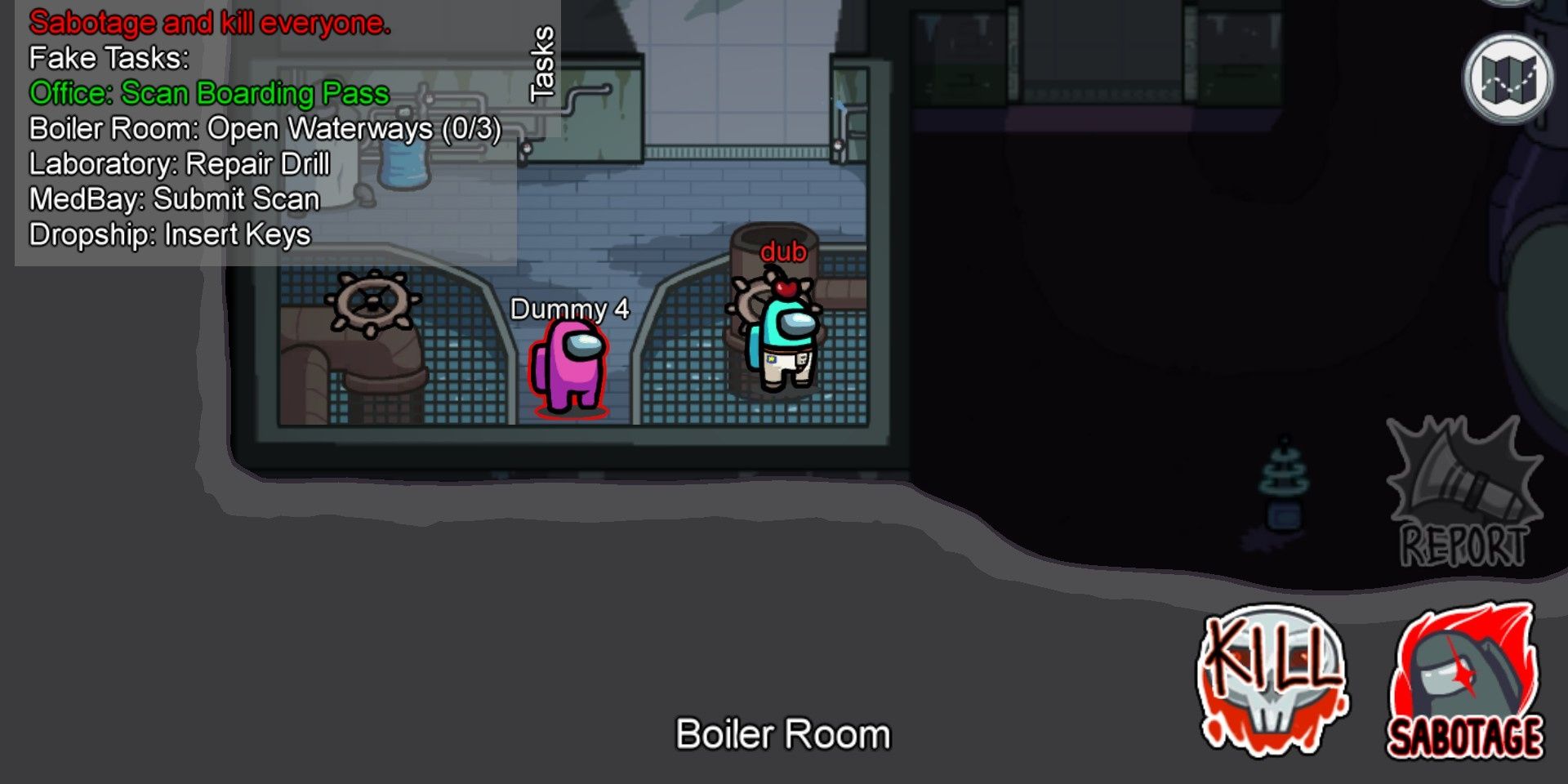 The best tactic for imposters to use socially during games is to hang out with someone occasionally without killing them. This is especially important on a map like Polus because the map is rather big and sticking with someone for a long stretch of time could give them some comfort believing their friend is actually good.

In a meeting scenario, if accusations go towards an imposter, their innocent friend may take that opportunity to defend them and give reasoning that could get the imposter off the hook. This may mean taking a round or two off from killing while letting other imposters get the blood on their hands. 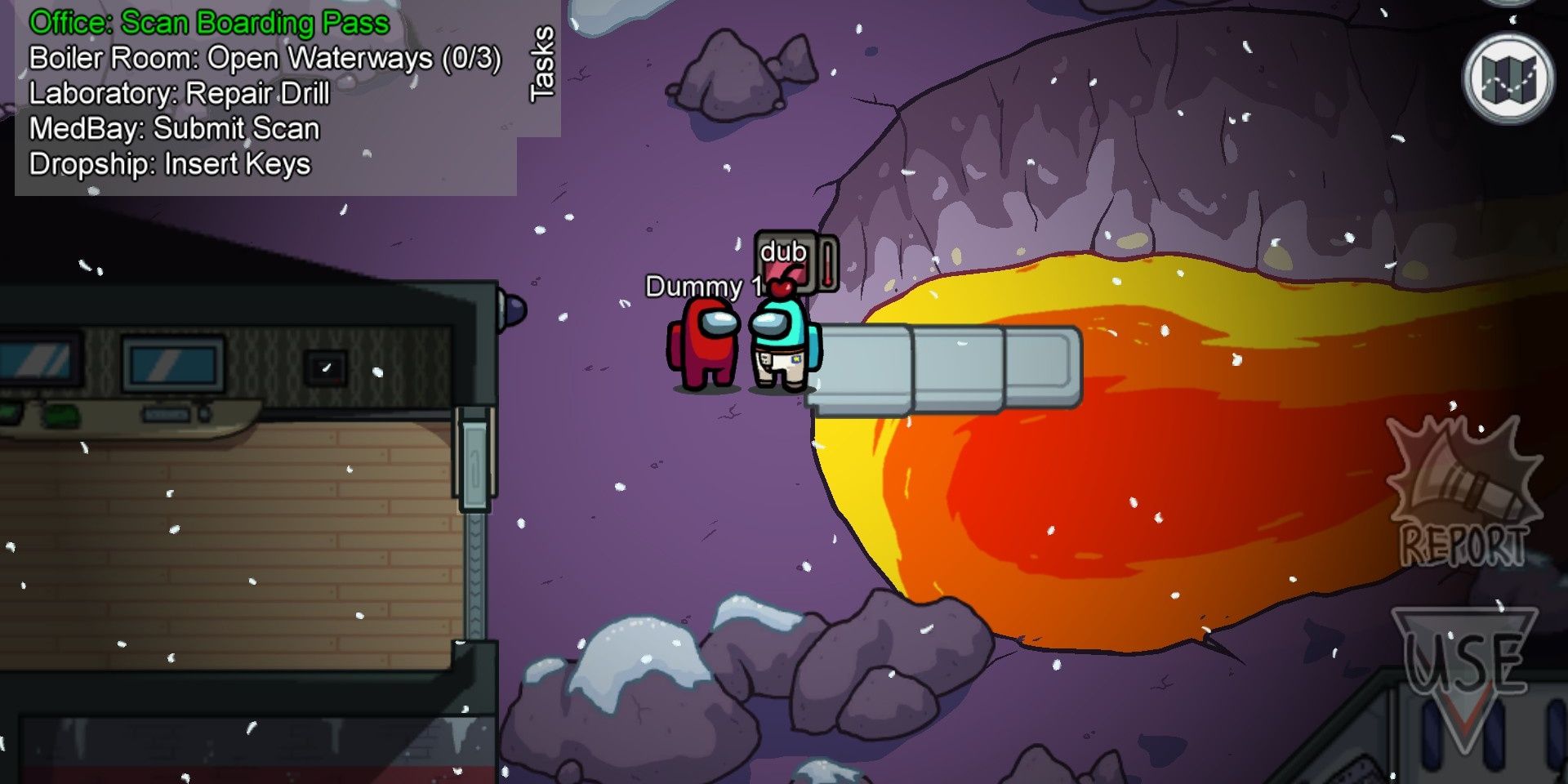 In a similar vein, crewmates may find it worth it to stick with someone they can trust thanks again to Polus’ map size. A crewmate sticking with a buddy may prevent the imposter from going out of their way to murder them. That said, there is always a chance a crewmate may put faith in the wrong person. Some ways to prove this include watching them do a MedBay scan (if they have that task), as well as watching their general behavior. If they seem rather attached to their buddy, fixing any sabotages, and kills are rapidly piling up, it’s more than likely they are innocent.

2 Imposter: Reactors Are The Best 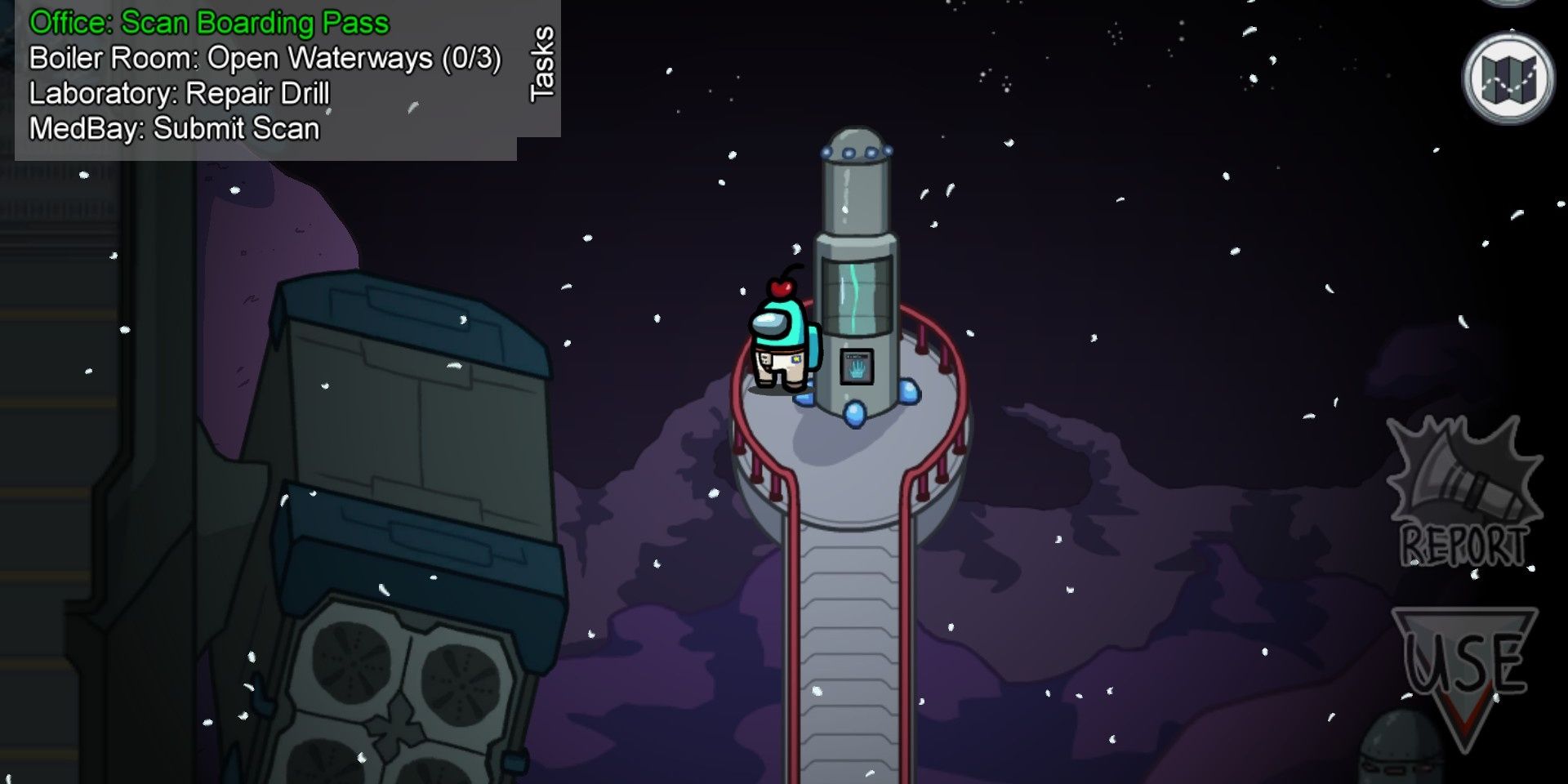 The reactors in the top left and top right of the map are key to a victory. Not only can they pull crewmates away to have to walk to the top of the map, but the confusion of being so separated by the Dropship could also lead to a scenario where everyone goes to one reactor and not the other. Plus, this reactor is key to winning the game. If the amount of kills needed matches the number of imposters left, calling the sabotage could prevent the crewmates from calling a meeting and force multiple people in one direction to fall right into the imposter’s blade. 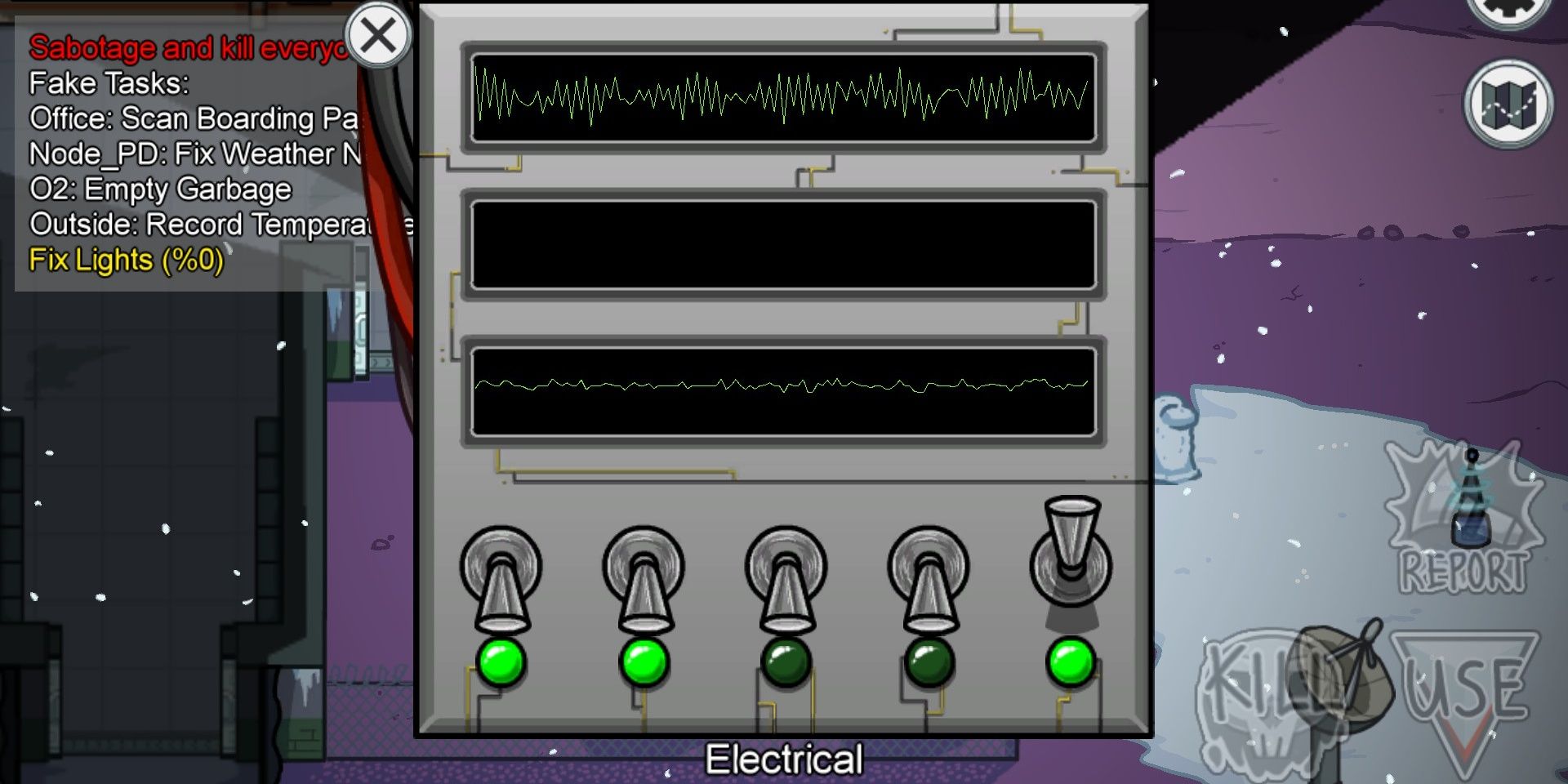 The best plan for crewmates to combat the killing is not only to stick together but also to prevent the imposters from killing in the dark. Have someone go on lights and keep them on while everyone does their tasks. One crewmate should then trade-off with the light monitor so they can get their task done. Either way, keeping the lights on will force the imposters to find harder places to kill on a map that is a little more open. It could also lead to imposters thinking the lights are going to go out, killing in front of someone, and getting caught. It’s not full-proof, but any little bit helps.

NEXT: Among Us: 10 Tips That Many Players Need To Know 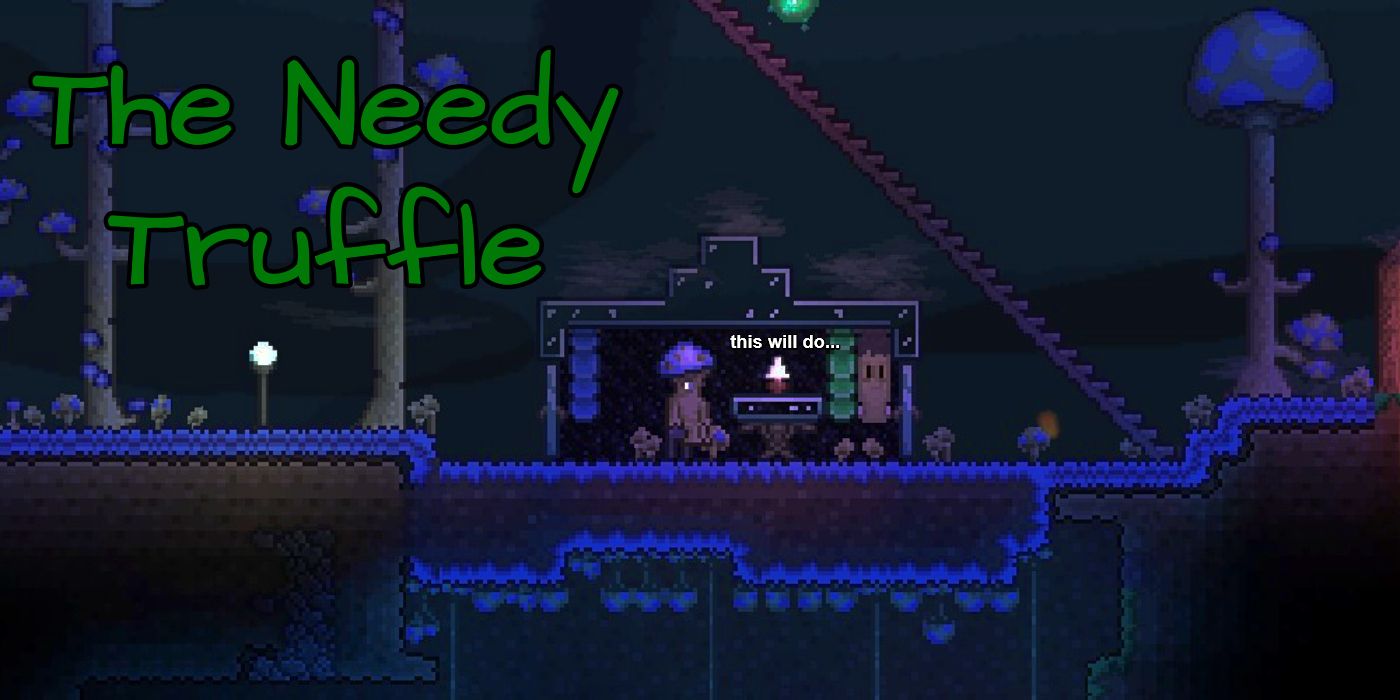 Terraria: How To Get Truffle NPC To Move In 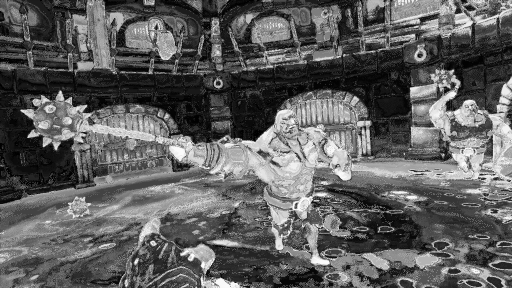 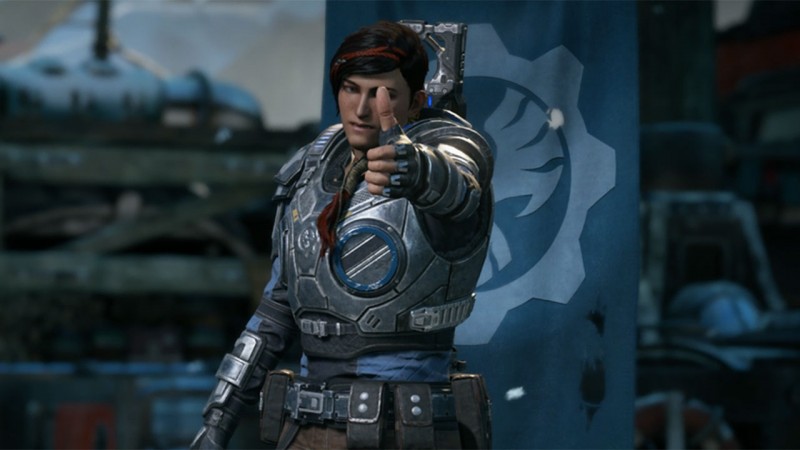