Apex Legends Season 9: Legacy is finally live, and the servers are back online for those of you that were left burned by the downtime at launch. Valkyrie is live, thus we have a fresh batch of tips for her, and the most exciting addition to Apex Legends since launch is also live: the new Arenas game mode.

Arenas is a new permanent mode that will sit alongside Battle Royale Trios, Duos, and Ranked. In Arenas you’ll face off against another team of three Legends in repeated gunfights across several maps, and the winner will be decided by whichever team learns to adapt to the opponent’s tactics and strategies.

There’s a lot to learn about the Arenas game mode, and this guide focuses on the maps. There are five maps in total, three of which will be familiar to you, and two which are entirely new. Once you learn these maps inside and out, you’ll be able to more easily gain the upper hand in the Arenas game mode. 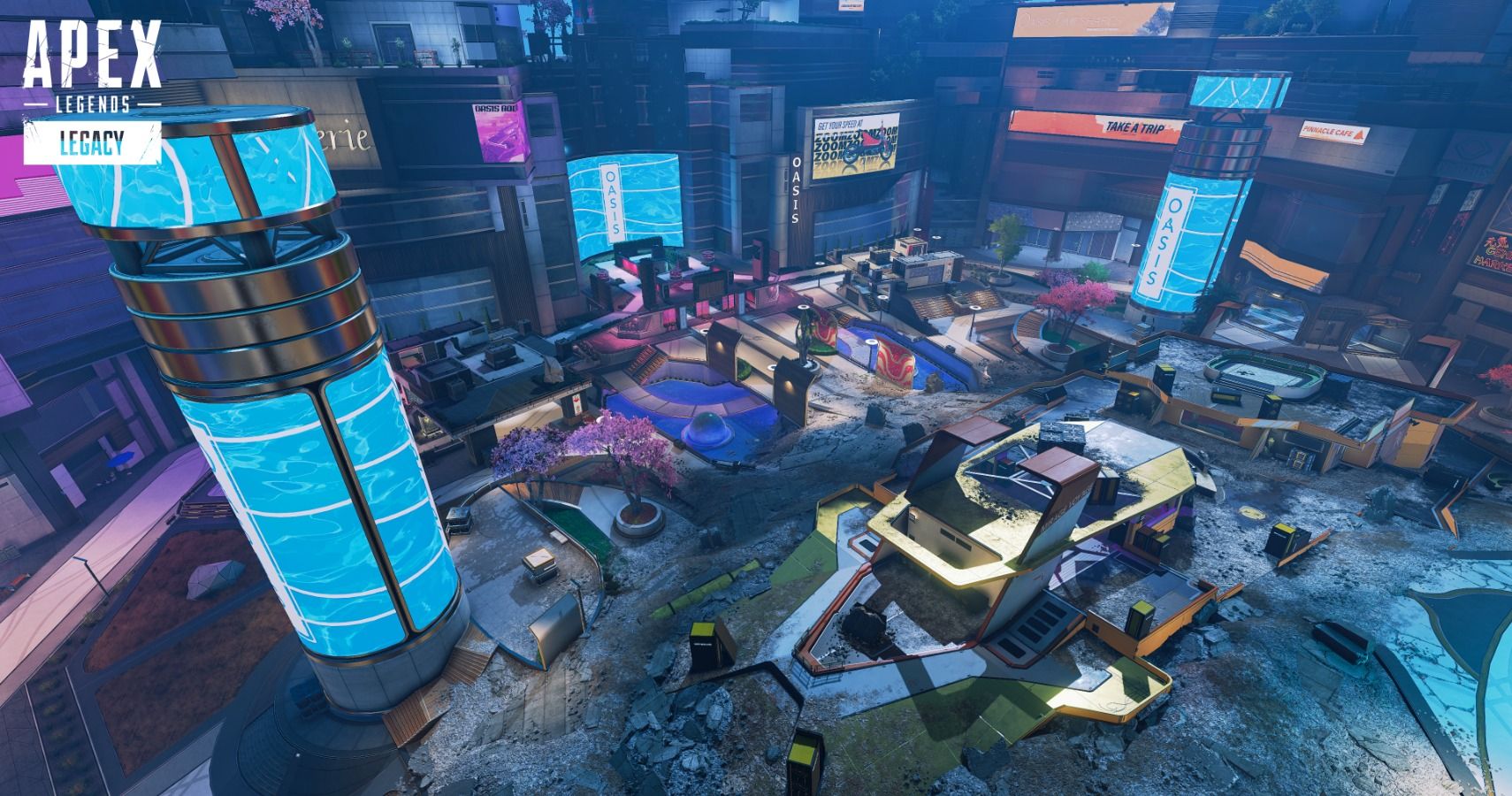 Party Crasher is one of the two brand new maps, and there will be at least one location here that will be familiar. The Mirage Voyage, Mirage’s legendary party boat, has crash-landed in the middle of the city, and can be used as high ground to control and ward off the enemy team. If the circle is going to close here, then you best take control of it early.

While you’re on the high ground this map will have some long lines of sight, making Marksman weapons and Snipers ideal. But there are also buildings on this map that will force you to focus on close-range combat. You need to adjust depending on where the rings closes, but you will have an advantage in this map if you are able to control space. You will have the advantage as long as the enemy has to approach you, and not the other way around. Focus on taking the ring, and make sure you have weapons suitable for both long and close-range combat. 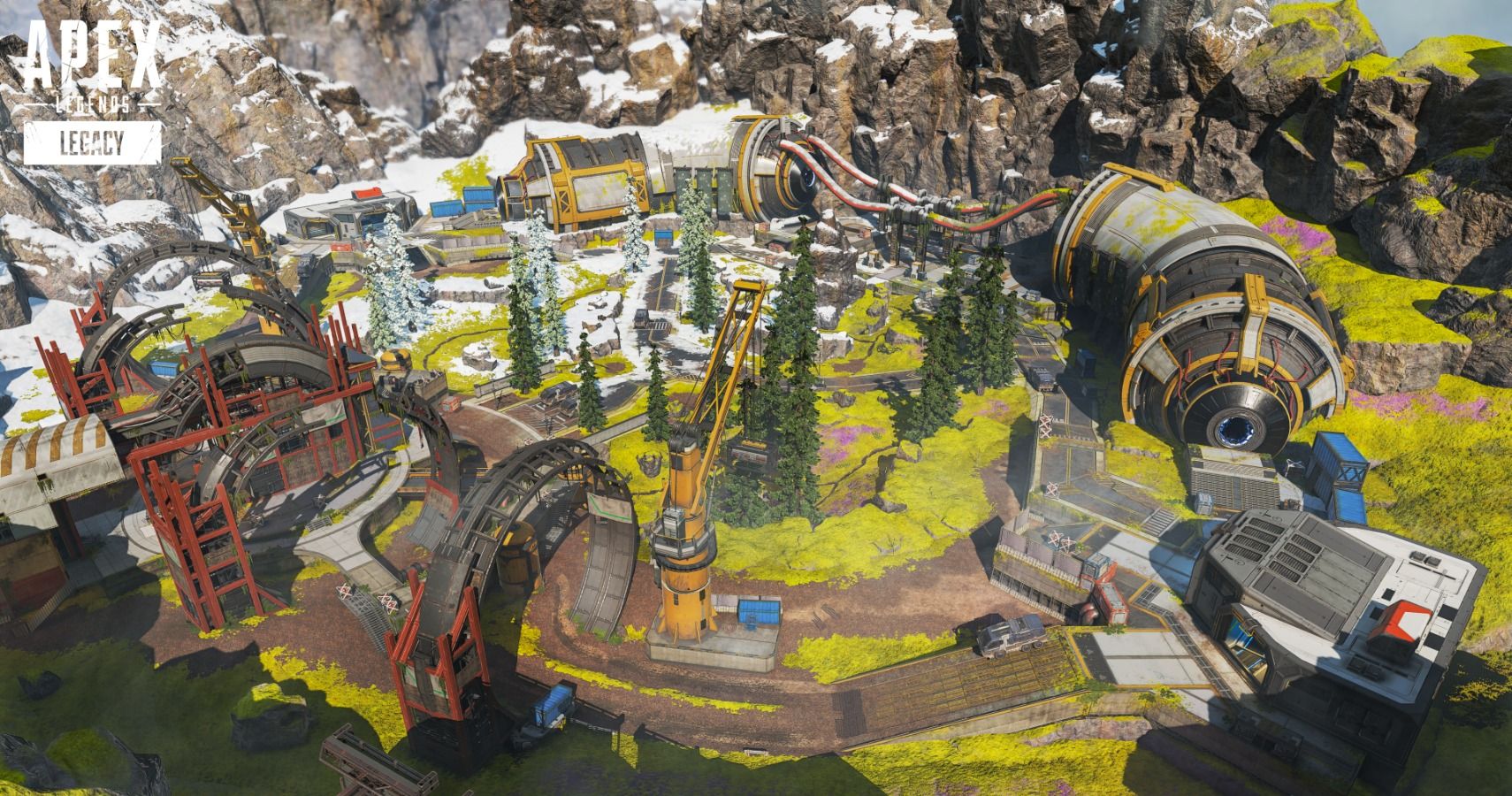 There’s also the broken down runner, and all that remains is a basic frame. You can use this as a large battleground, where mid to long-range weapons excel – with plenty of cover in case a close-range fight breaks out suddenly.

Then there’s also the middle portion of the map, which is a large forested area. You can sit atop the rocks and hills here to try and shoot Legends running between the trees, but there’s not much solid cover, overhead or otherwise, which makes this an excellent place for Legends like Bangalore and Gibraltar to flex with their Ultimate abilities.

This map has a more even starting ground than Party Crasher, and it feels like you’re on equal terms regardless of which side of the map you spawn on. There’s not much room for close-range combat on this map, so focus on weapons with decent mid-to-long range. 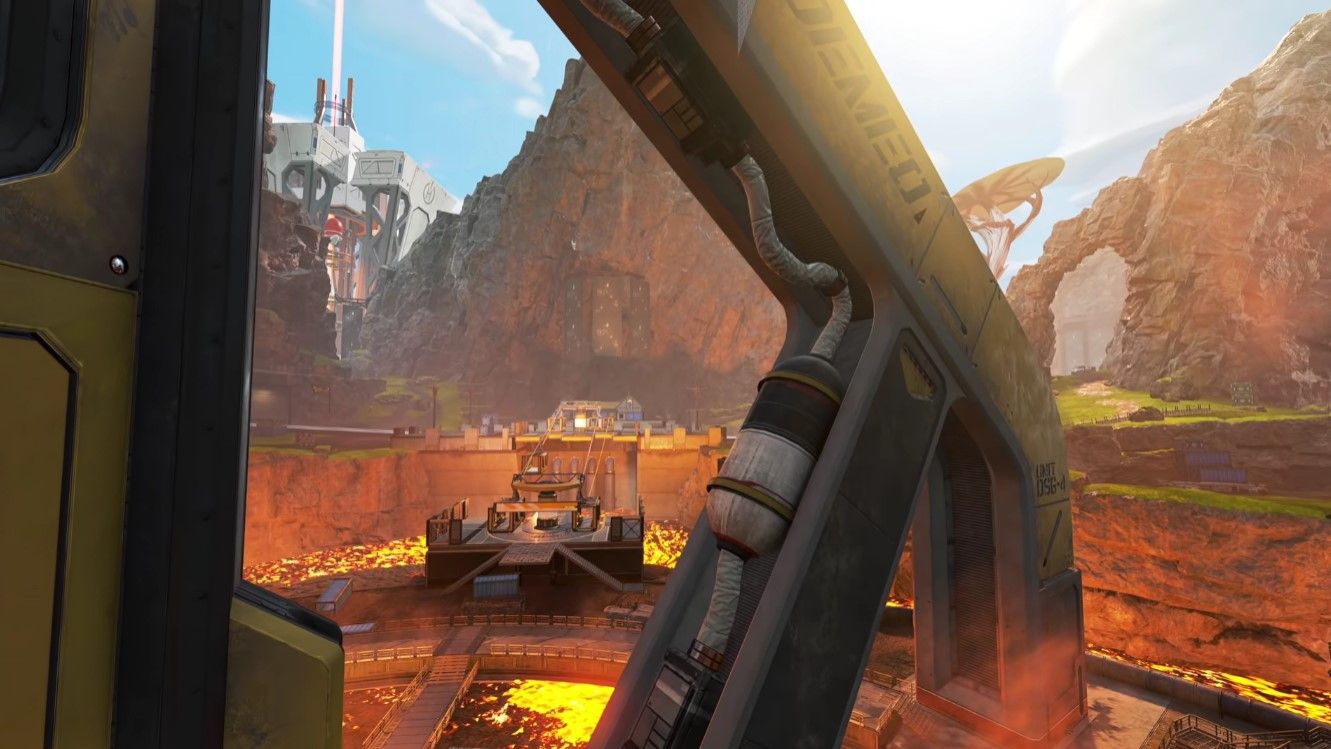 Thermal Station has been taken straight from World’s Edge. The Thermal Station is, as it sounds, a massive energy plant that uses the volcanic heat from under the surface of World’s Edge. In addition to a centre room, there’s also a platform above it which can only be reached by the likes of Horizon, Pathfinder, and Valkyrie.

The circle surrounding the centre room doesn’t have much cover, and the lava limits your movement options as you manoeuvre around the map. Legends with movement-based abilities will thrive here, as they weave between what little cover there is swiftly.

This is another map that has even ground, and not much in the way of buildings or vantage points, aside from the one in the centre. If the circle is closing on the centre, then that’s definitely where you want to be, but otherwise, this will be a difficult battleground and the game will likely be won by keeping optimal sightlines and being aggressive once an enemy is downed. 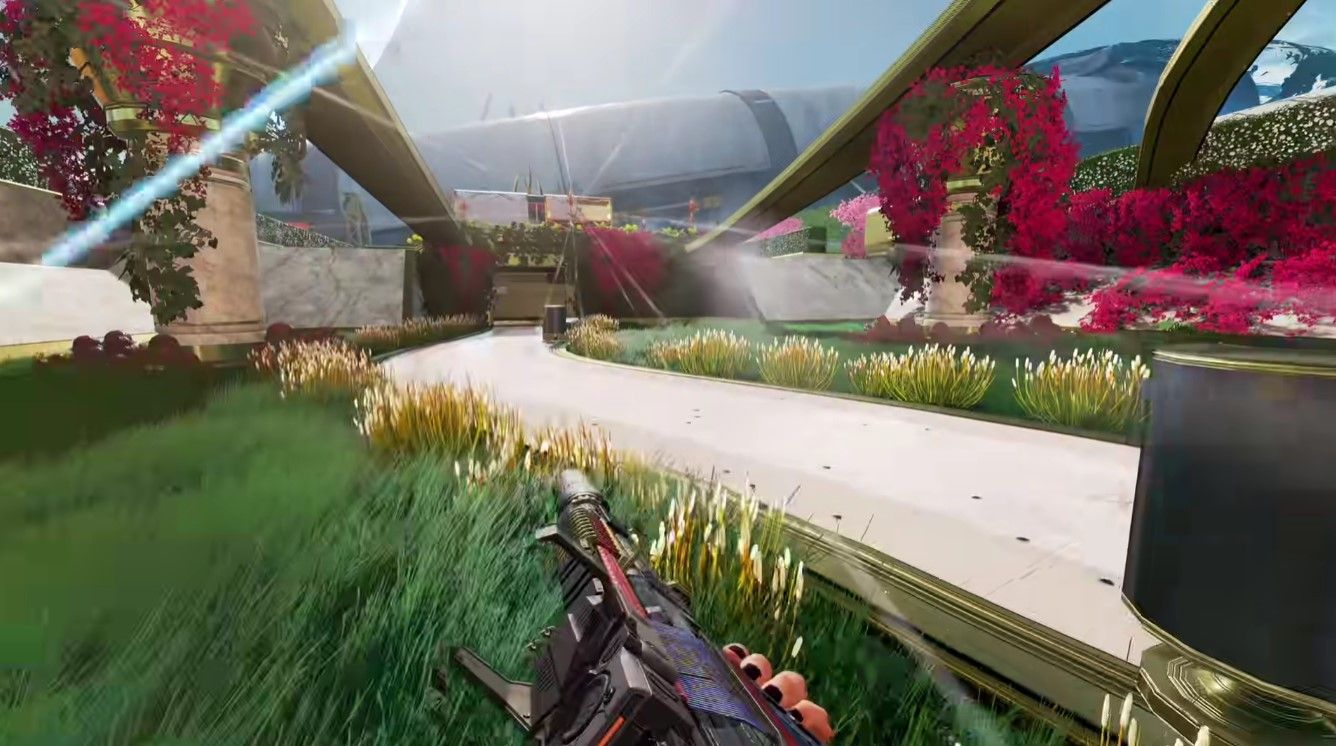 Golden Gardens is one of the favourite spots on Olympus for a showdown, so it makes sense that it appears in Arenas. Here we’ve got high ground, low ground, dozens of rooms and buildings, and plenty of space for different and flexible strategies.

Here you should focus on mid-to-close ranger weapons. Snipers might work in select situations, but in general you need to prepare to storm rooms with grenades and abilities when enemies decide to hide away. As a result, Horizon’s Black Hole is great, and you should make sure to spend some of your currency at the beginning of the game on grenades. 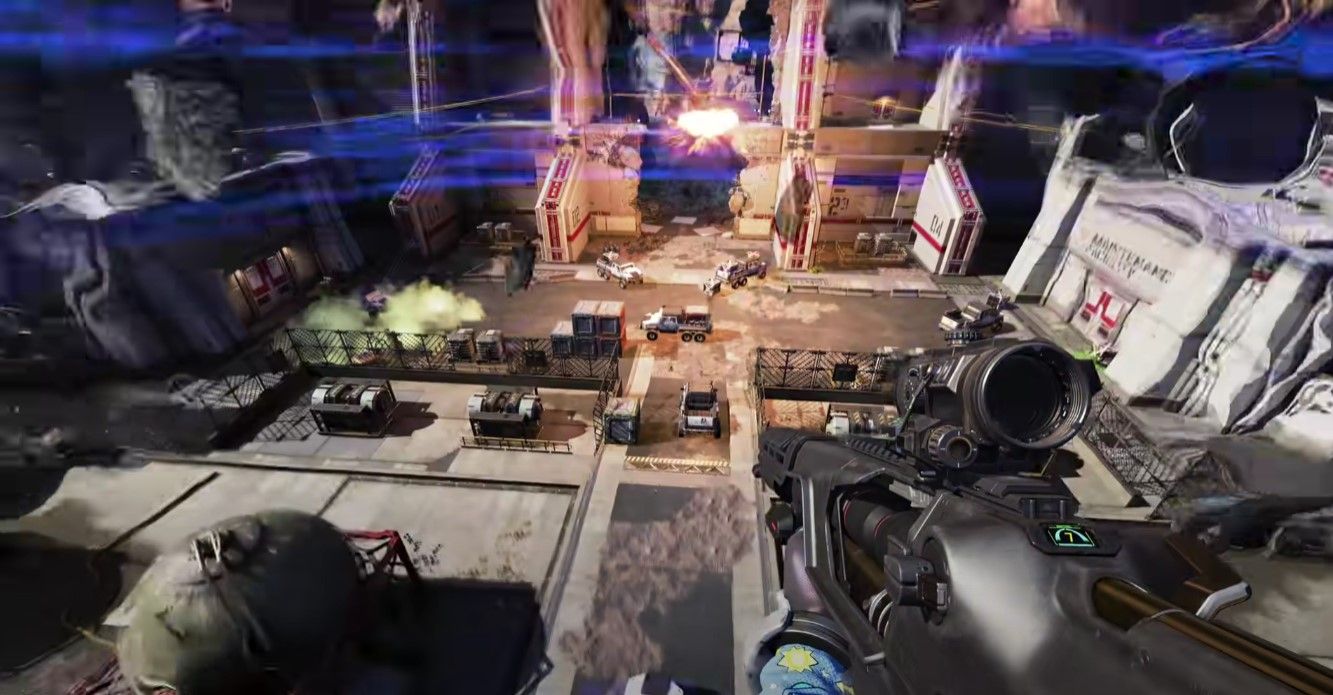 Artillery is an old classic. Kings Canyon’s Artillery was a favourite spot to drop in the very first season of Apex Legends, and it still sees plenty of traffic. There are two large buildings in Artillery are a rear wall – these are all excellent vantage points, and will be very effective in spotting enemies.

There are essentially two ways to go after spawning, and from up high you’ll be able to see what path your opponents have taken. The best tactic is to spot them early, take shots to break shields, and then rush in with the team.

As a result, Marksman-class weapons are great here, like the G7-Scout, as it’ll take the health of enemies down from a distance, and can be used close range in an emergency. You’re definitely in a better position if you start with the high ground, and then move low once the enemies are weak. If you lose the high ground, this will be more difficult. 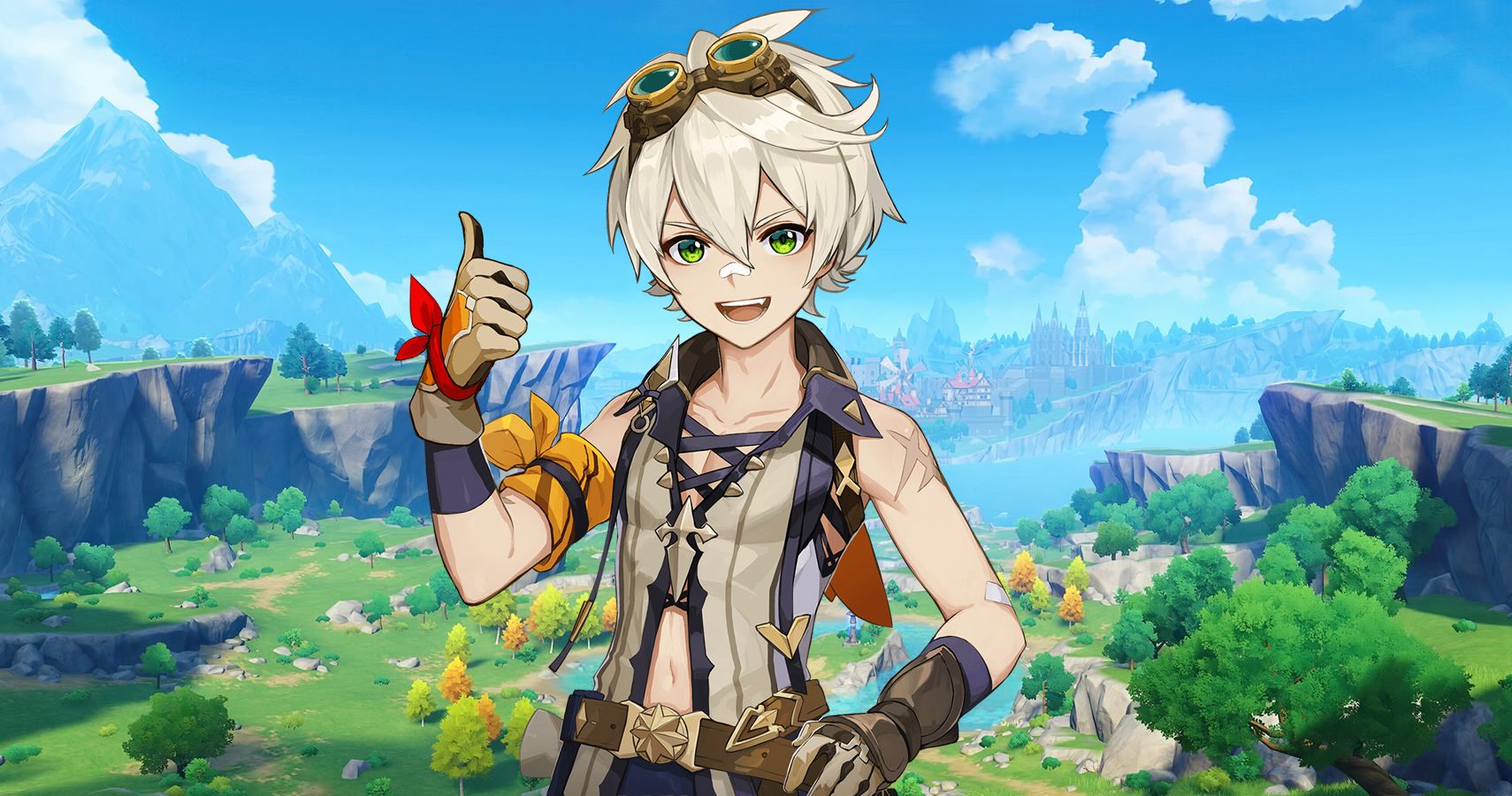