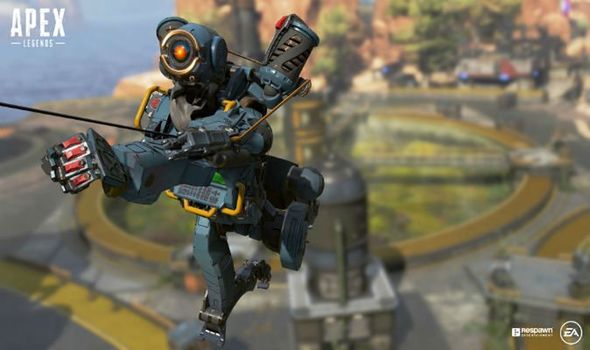 Developers Respawn Entertainment has confirmed that they will be sharing a new Apex Legends update very soon.

Hinting at the news to come, a recent Apex announcement confirmed that details would be shared very soon.

Season 2 has been underway for some time now and started with the launch of a new character, Wattson.

And there have also been hints that a new Legends character is in development and will be revealed later in 2019.

However, this isn’t expected to be a talking point later this week when Respawn discusses Season 2 news.

Game producer Tina Sanchez shared an image of a motion capture actor using a cane, along with the caption: “Working on Apex Legends stuff.”

Some fans believe that the new character being launched in Apex Legends will be Crypto.

This information has been sourced from earlier data mining efforts and could well be spot on when it comes to this prediction.

However, the news being shared this week is in connection to Apex Legends Season 2, meaning we probably won’t find out about any new characters.

There could be plenty of time to talk about new events and game modes that are being worked on, though.

“Next week, we’ll be starting to talk about what’s coming next for Apex,” a message from the Apex Legend support team explains.

“We’re not done with Season 2 yet and have some rad stuff planned. That’s all I can say for now other than keep an eye on our channels on 8/6.”

The date given at the end suggests that this new Apex Legends update will be shared tomorrow, August 6.

It’s unclear if it will come with a new trailer, event details, or some kind of new patch to download.

Respawn has provided an update on what is being worked on behind the scenes but has not provided a timetable on when the next patch might go live.

The latest details can be found below.

QA did some investigations and captures around audio reports from players that have been providing to the audio team to look into.

More client and server tracking are planned to go into an upcoming client patch that is part of our ongoing work to address code:leaf, code:net, etc.

Yesterday morning [ around 9:00am to 10:00 PST time] we did see a temporary spike in server crashes with code:net error. The spike lasted for about an hour and we’re looking into the root cause.​”

We’ve also been doing investigating into PC crashes with the DXGI-ERROR-DEVICE-REMOVED error. This is one of the most common errors we’re seeing that cause crashes and while we continue to work on the root issue, we’ve got a workaround you can try in the meantime if you are affected by this. Big thanks to the players that have been helping us get info and reproduce the issue.

If you are getting this error and use an Nvidia card, we’ve seen that rolling back to the 417.35 and 417.71 drivers appear to have fixed this error for MOST users or reduced the frequency of the crashes.​

New rare skins for Caustic and Wraith are available today for Playstation Plus members. They will unlock automatically when you log into the game. Note that if you don’t see it, you can also redeem in the PSN Store