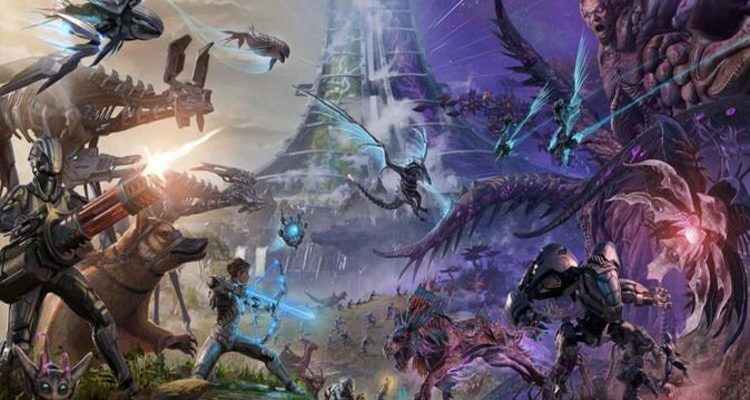 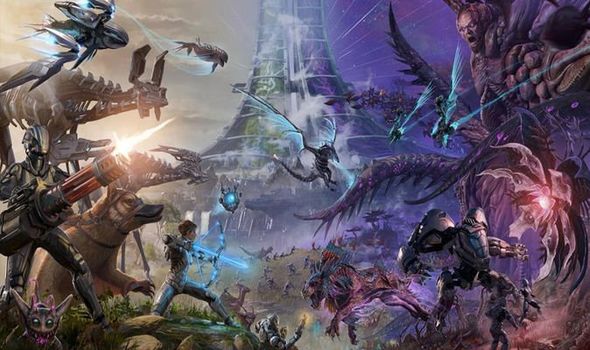 Having had to delay the launch by several weeks, Studio Wildcard are now ready to release ARK Genesis Part 2 in June.

The new expansion has been dubbed the most ambitious expansion ever created for ARK Survival Evolved on PS4, Xbox One and PC.

A sequel to the extremely popular survival sim is in the works, meaning that the final story elements are being put together for 2021.

The good news is that while things will be winding for ARK Survival Evolved, Studio Wildcard are planning a big sendoff.

Not only will there be new variant creatures to tame and new TEK to create and build, but everything should be arriving at the same time.

Studio Wildcard has promised a unified launch across PS4, Xbox One and PC, which is what most ARK gamers use.

That means everyone should get access to ARK Genesis Part 2 at the same time on those platforms.

WHEN IS ARK GENESIS PART 2 COMING OUT?

Studio Wildcard has confirmed that ARK Genesis Part 2 is coming out on Wednesday, June 2, 2021.

ARK Survival Evolved will be receiving a big update on that day, meaning everyone should have a chunky patch to download.

However, while everyone is supposed to be getting ARK Genesis Part 2 on the same day, Studio Wildcard is expected to favour a staggered rollout.

This means that the new ARK Genesis 2 release time will be different for each platform.

PC is expected to get the download first, followed by consoles. However, an official schedule for the ARK Genesis Part 2 release time has not been shared yet.

So more information on the subject should be revealed in the coming hours, and we’ll make sure to update this article with the latest information.

Speaking about the need to delay and revise the release of ARK Genesis 2 earlier this year, Studio Wildcard told fans:

“This final chapter of the ARK: Survival Evolved story is by far the most intricate and ambitious expansion we’ve yet created! We’re so excited to share it with you and proud of the team’s immense efforts, creativity, and passion. We truly believe Genesis 2 will be something special, and a fitting story conclusion to the journey you’ve taken with us in ARK over the past 6 years, and hope our players will feel likewise!

“As many of you are aware, we transitioned to a fully-remote working environment at the beginning of last year. Shifting from a collaborative in-office workflow to remote comes with unique challenges.

“The massive scope of Genesis Part 2, and our personally set challenge of ending ARK 1 with a bang, was compounded by the team having to work from home all the way through the forthcoming release. We have made the decision to delay the launch by one week, until June the 2nd. Just in time for the 6th Anniversary of ARK!

“This was a difficult decision for us, since we’re as eager to get Genesis 2 into your hands as you are to play it–but ultimately we feel it’s the right decision to get the new content to our players in the best way on launch day, simultaneously across Steam, Epic Games Store, Xbox, and PlayStation.”

Some of the new features being promised for the ARK Genesis Part 2 release can be found listed below and includes the following:

Biome Variants – Some old friends will be making a reappearance in Genesis Part 2 — here’s an early look at our GEN-R variants, which include new versions of many previous expansions’ creatures!

TEK GEAR – Secure your base in Genesis Part 2 with the Remote Camera Security System. Issue commands, view, and communicate all from a remote location. You can even use them to spy-on and communicate with your enemies!

Void Wyrm – The silhouette might read as a wyvern but these mechanical sentries are nothing of the sort. Be careful when you’re out exploring, Voidwyrm does not take well to interlopers!

Jar of Pitch – If you’re going on a siege, you’ll definitely want something that can leave an impact. The Jar of Pitch allows you to do just that by leaving an impact area covered in flames.

Astrodelphis – Curious and inquisitive, the swift Astrodelphis may look like the cetaceans that once swam in Earth’s oceans but this variation had loftier dreams and made an interstellar home amongst the stars, evolving unique traits.